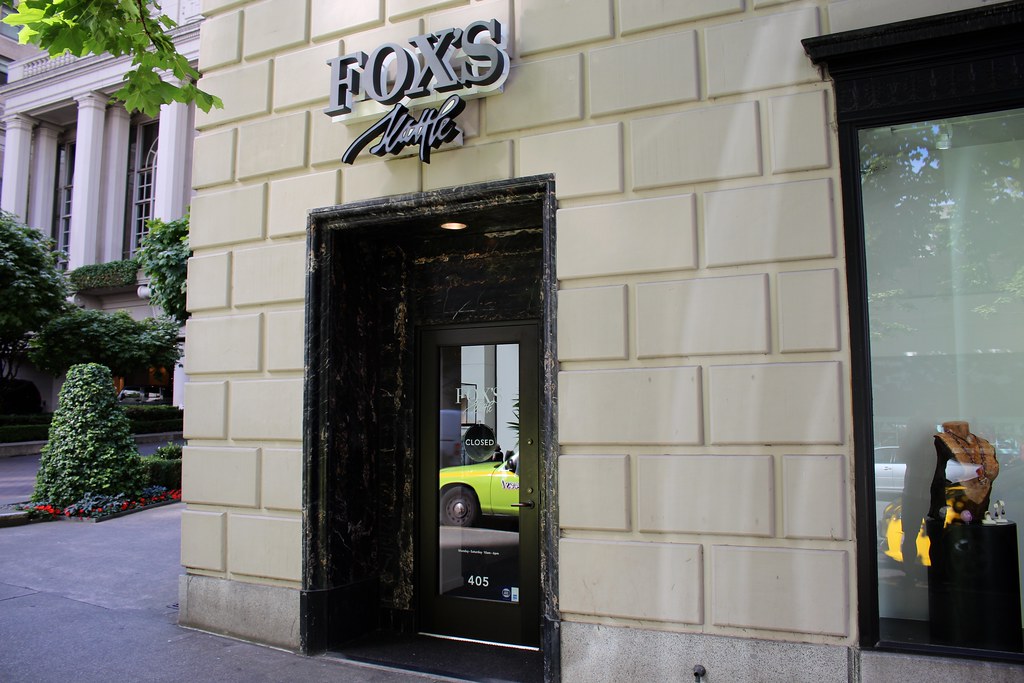 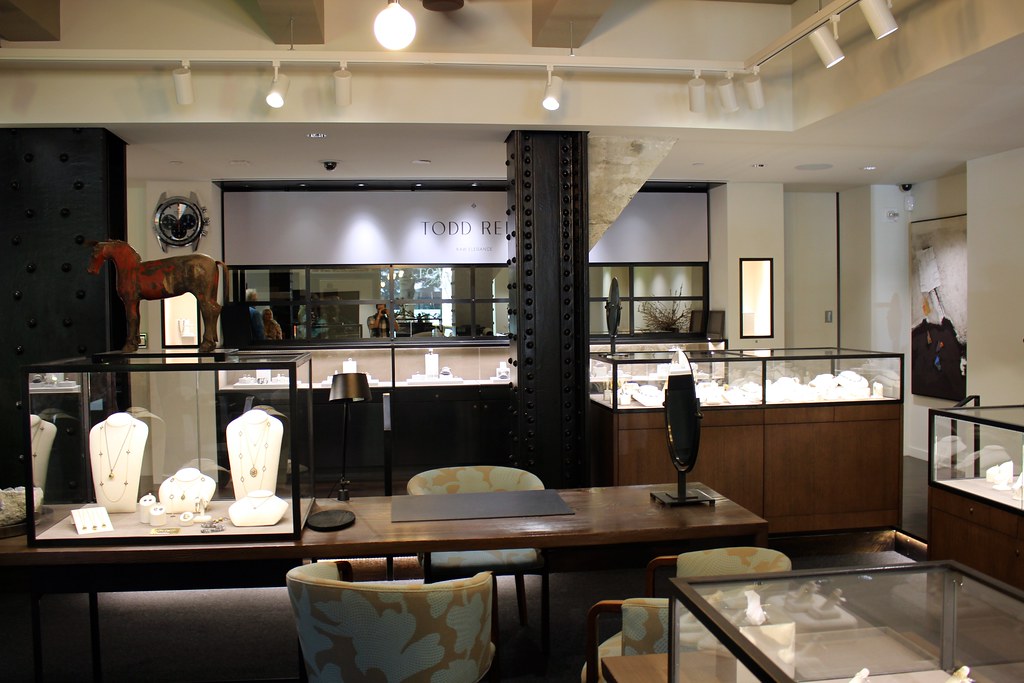 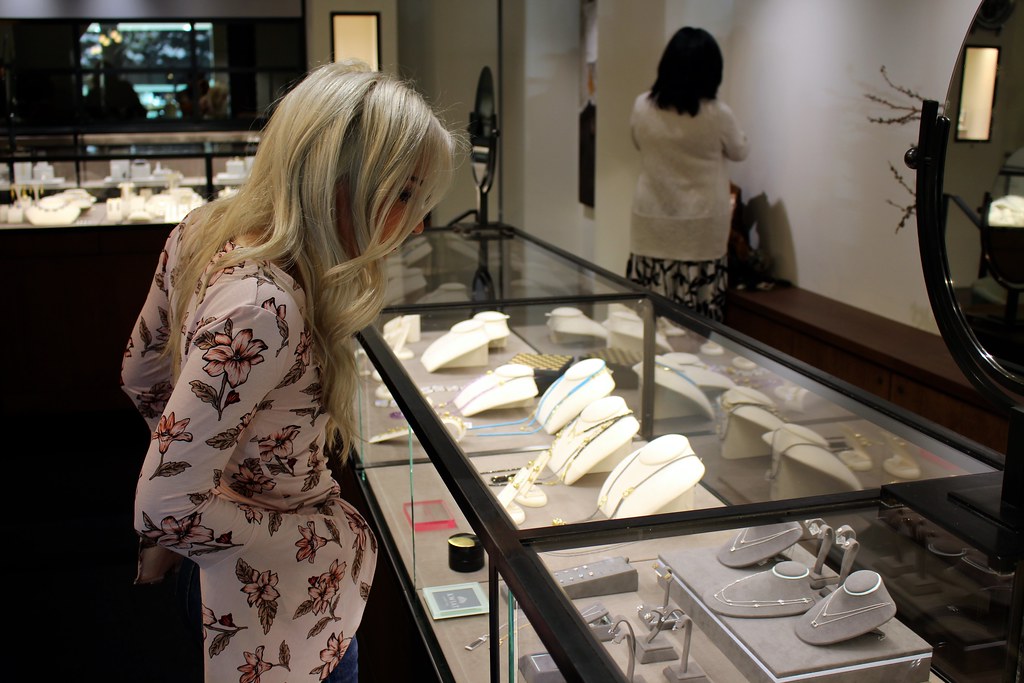 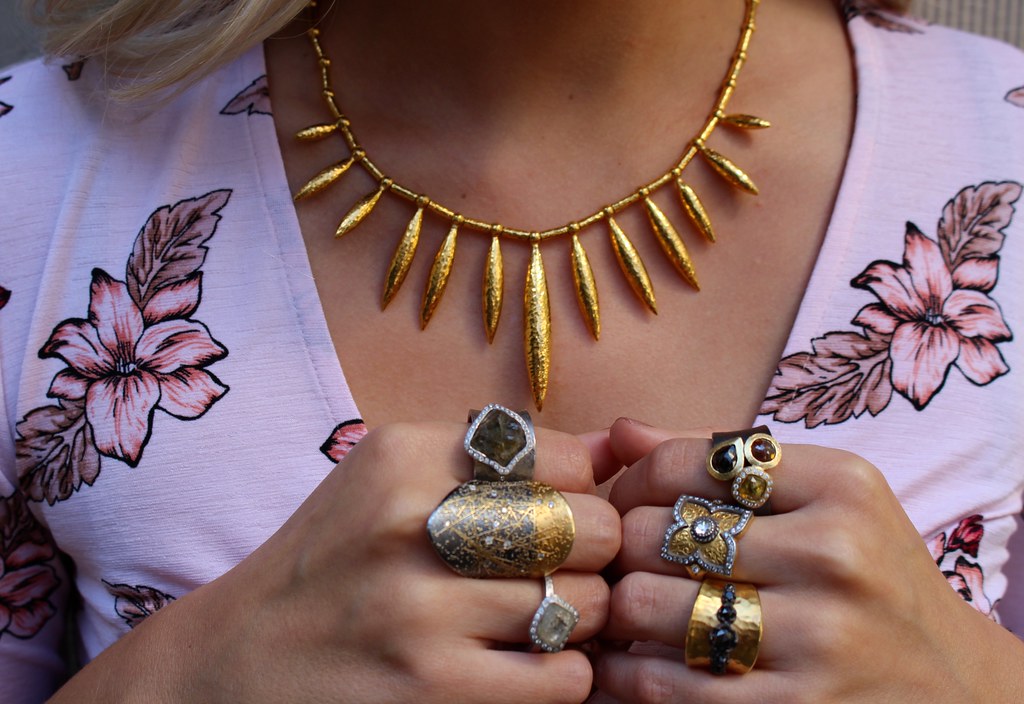 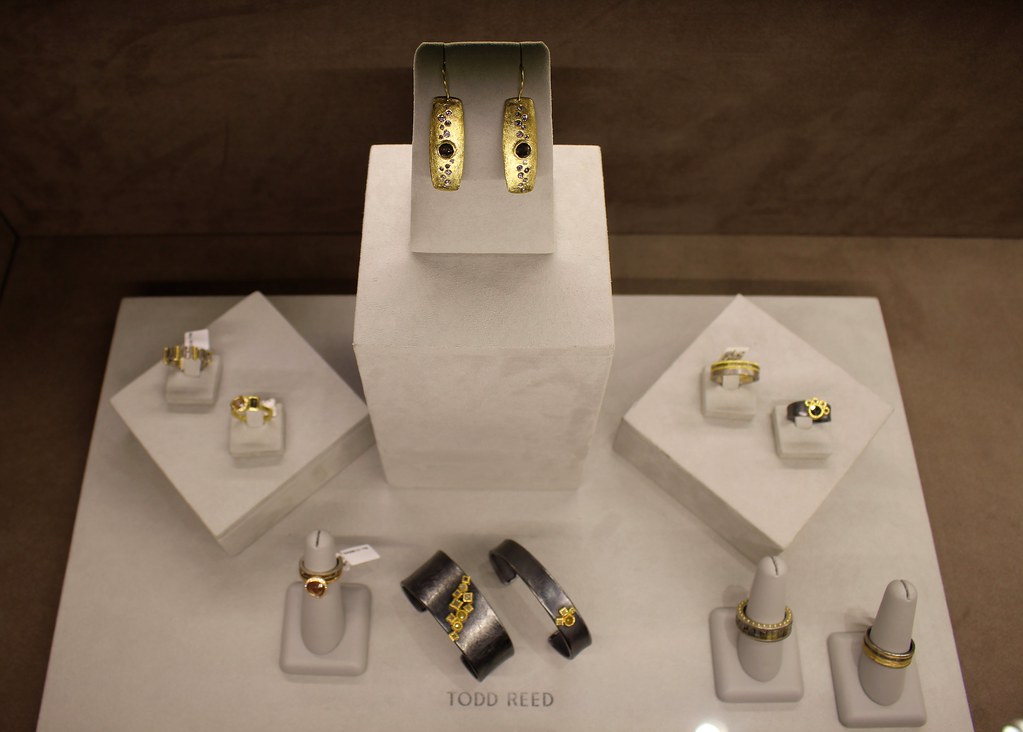 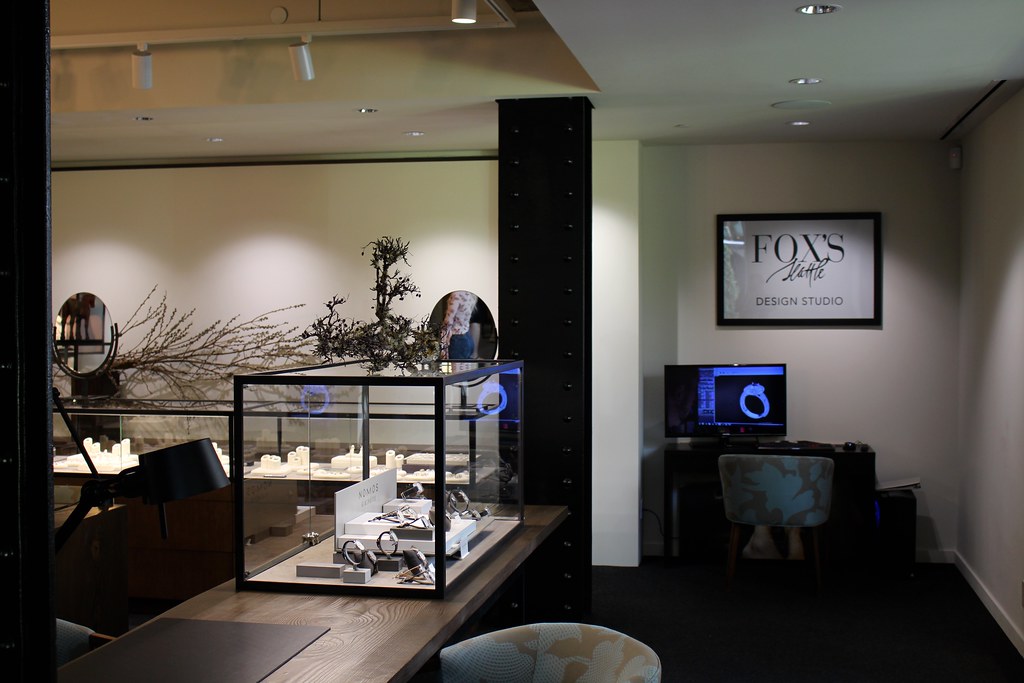 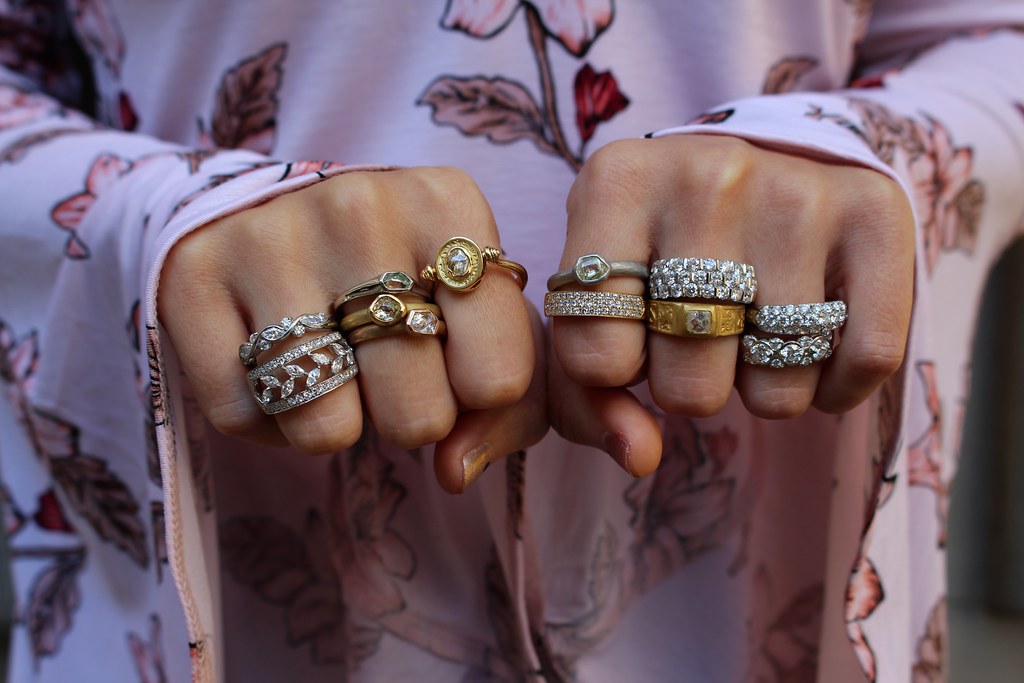 All rings by SUWA 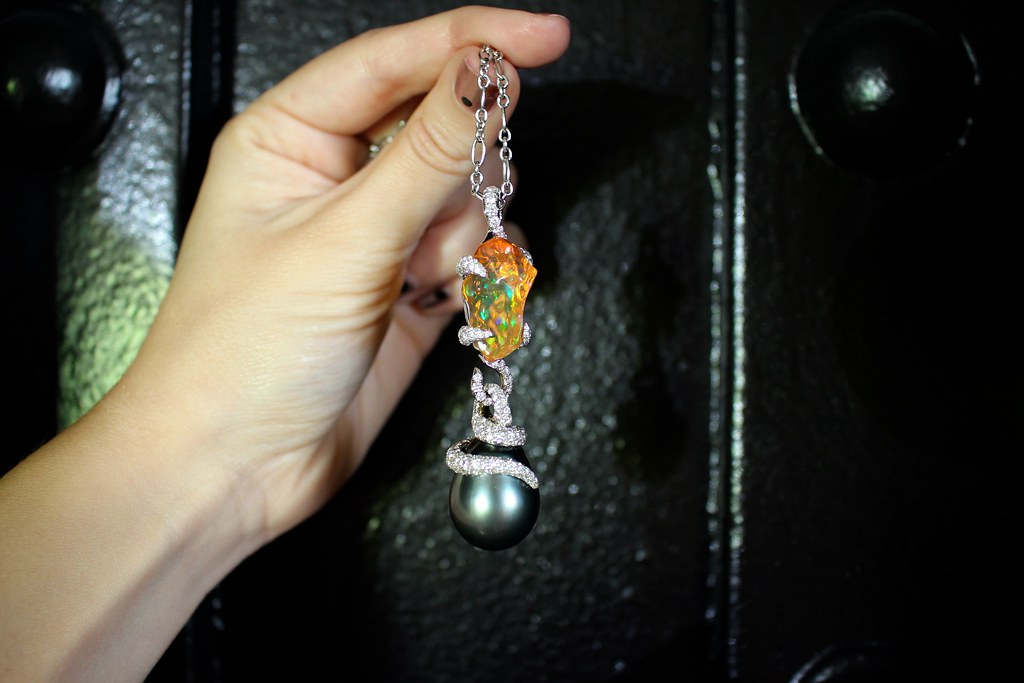 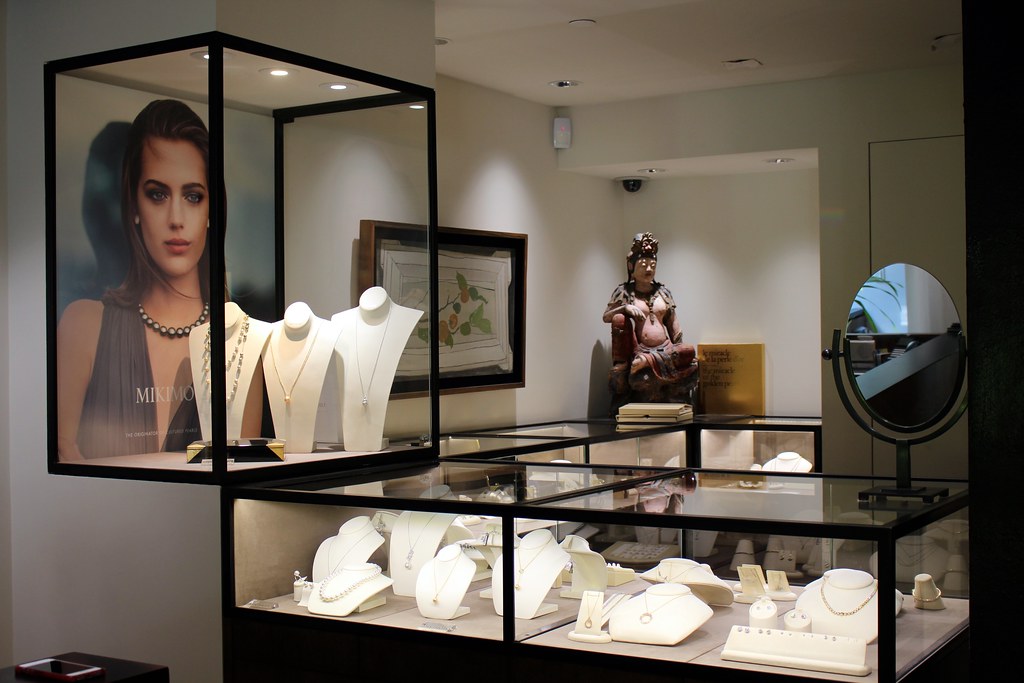 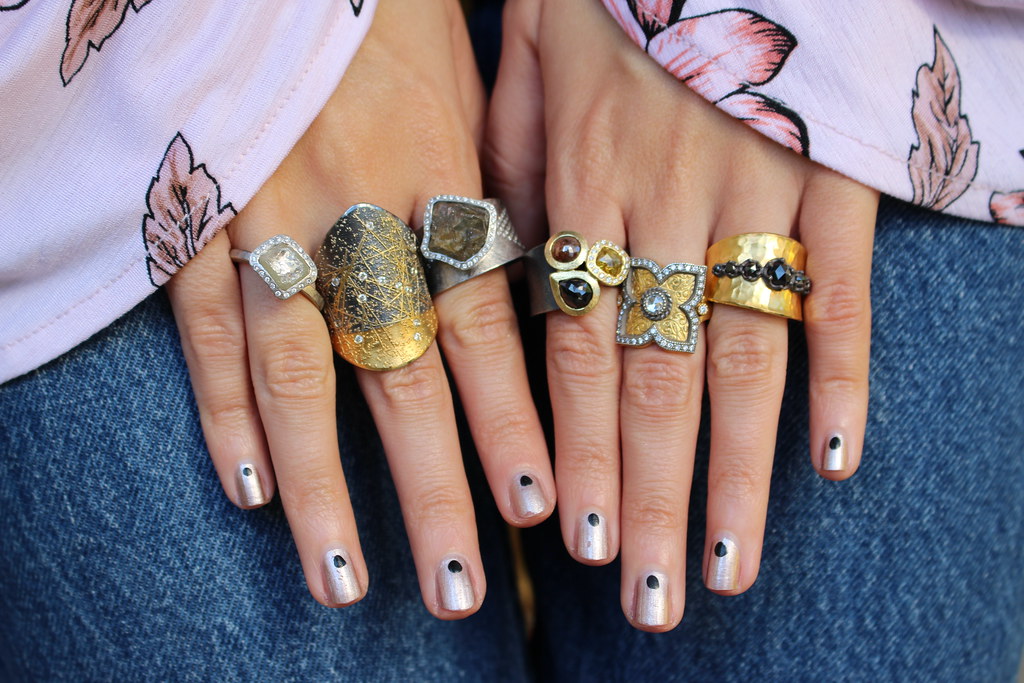 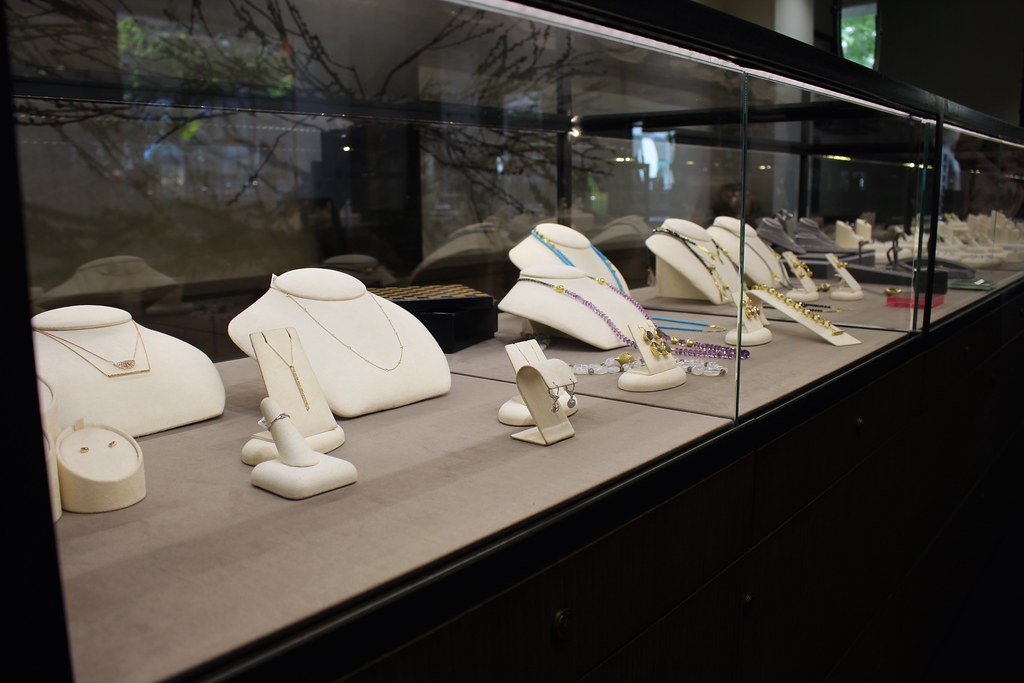 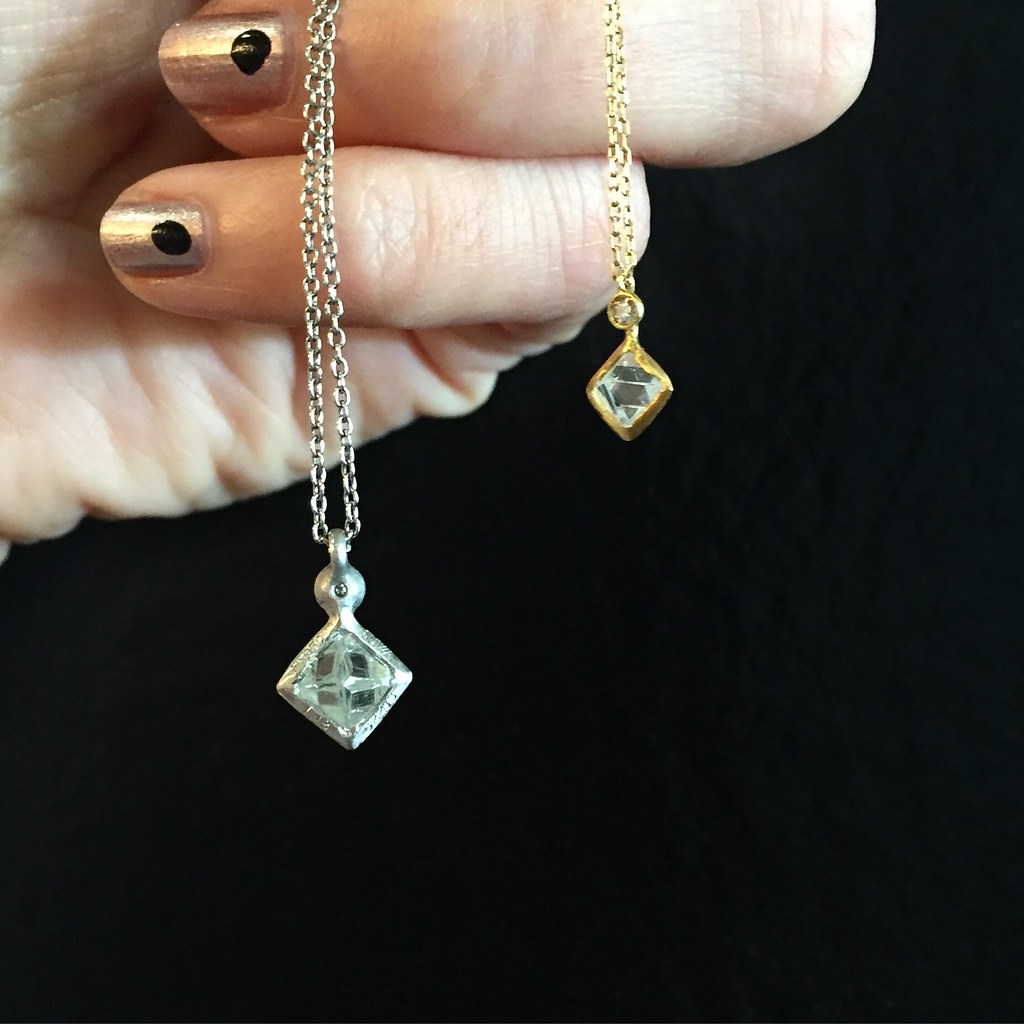 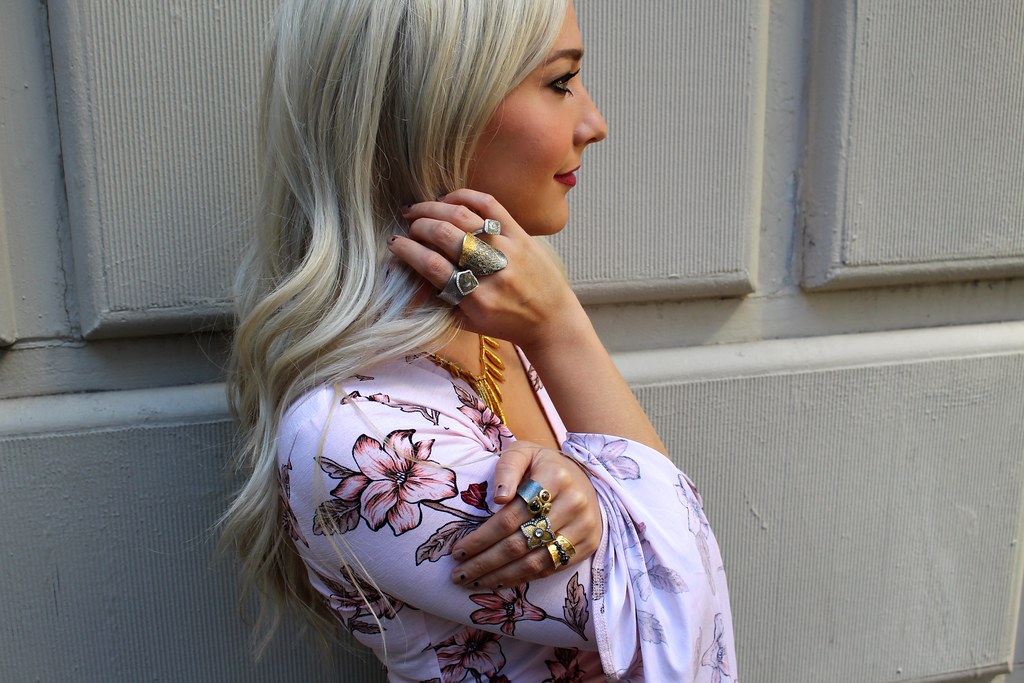 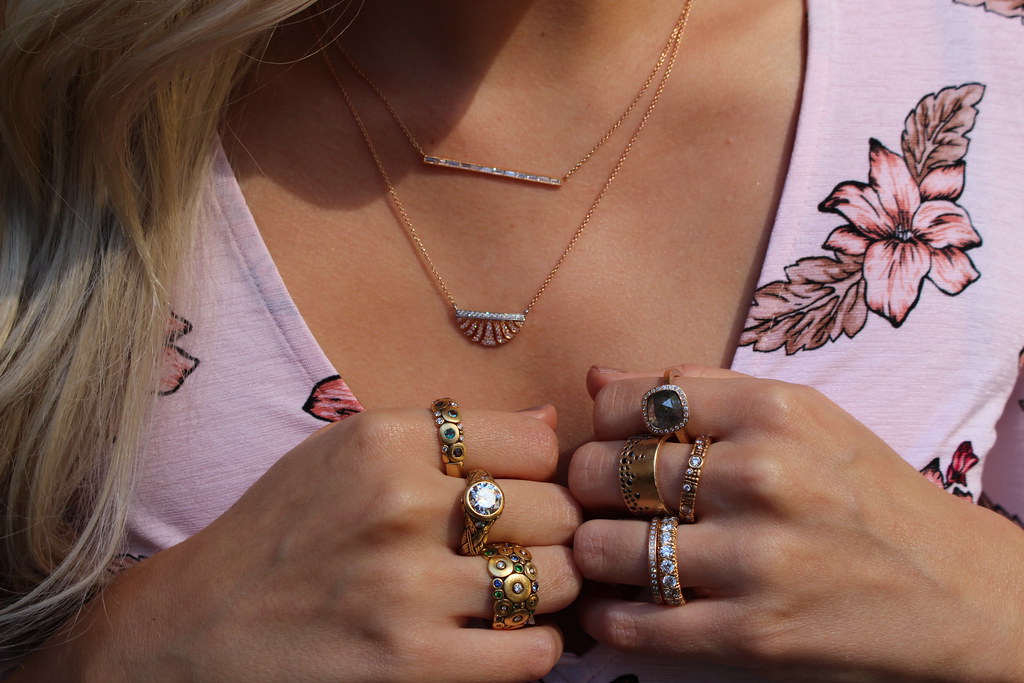 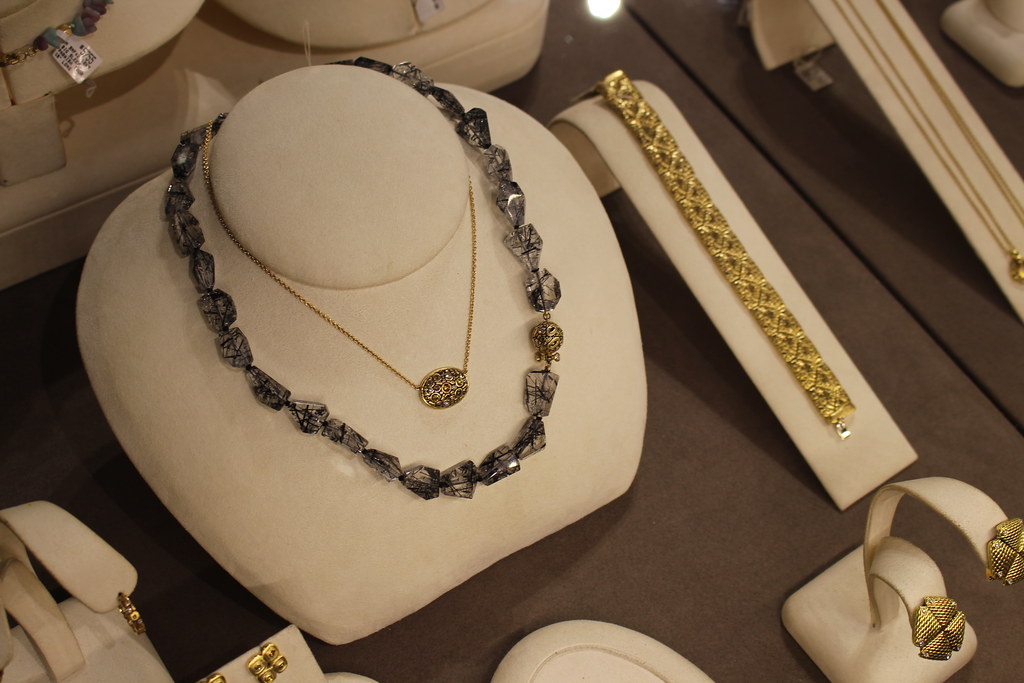 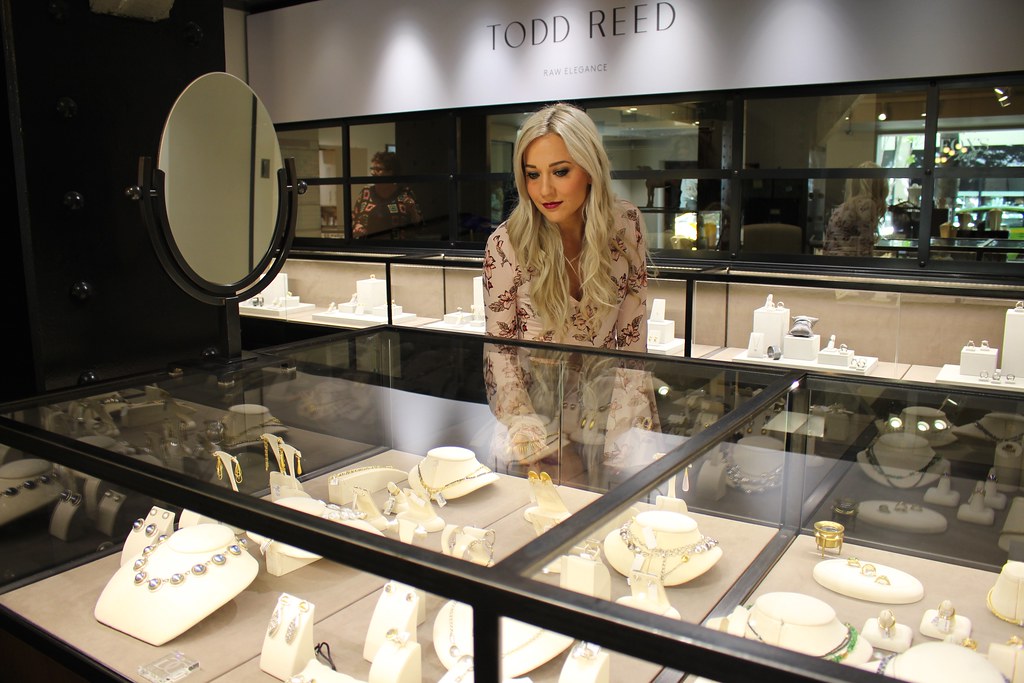 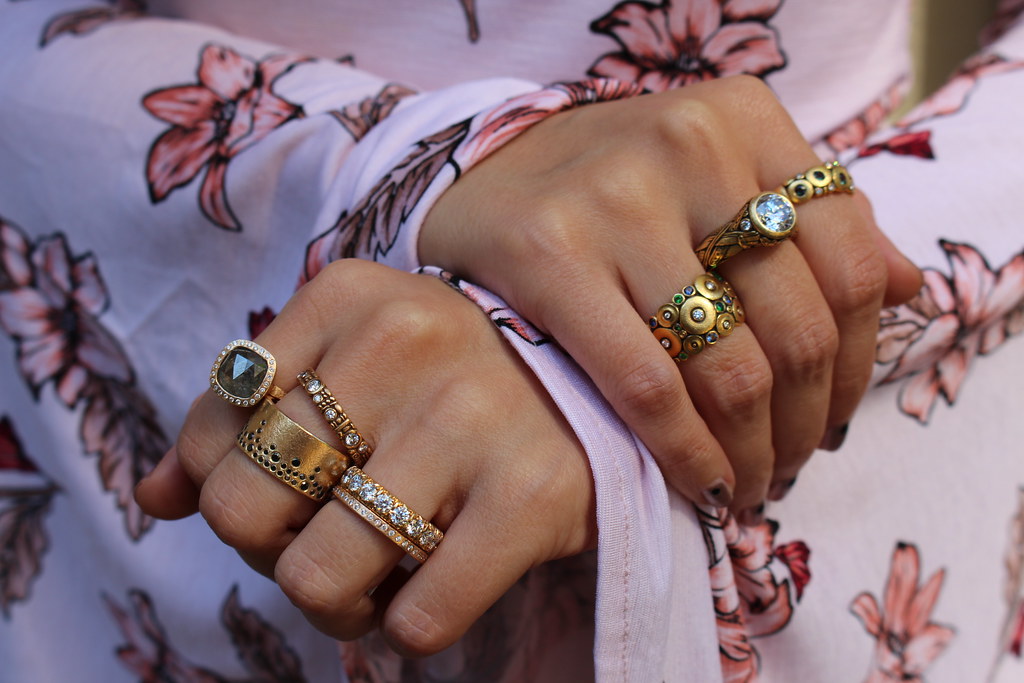 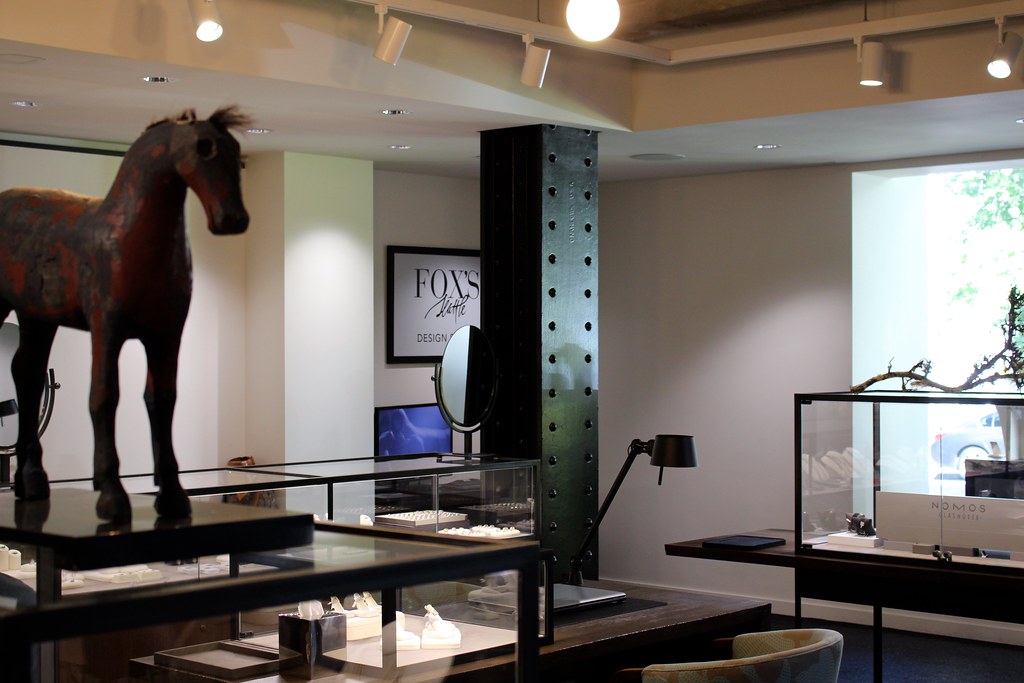 The history behind the next stop on my Seattle #JewelryRoadTrip is quite fascinating. Just a block away from Hotel Vintage where we were staying, the walk to Fox’s Seattle was easy and beautiful.  Upon entering the shop I knew it was unlike any other place I’ve been to before.

Open since 1912, the same year the Titanic sank, US suffragettes paraded NYC, and Arizona & New Mexico were admitted into the US as official states, Fox’s opened its doors to the public. The shop sold mostly gems, little knick knacks, and some jewelry, taking a chance at this fortuitous business. It was unfortunately struggling and needed to be sold. It was then purchased by Sid Thal in 1948, keeping its name Fox’s Gem Shop only because the new owners couldn’t afford to paint over the sign.

The store grew over time, eventually becoming the leading retailer in fine jewelry, but had always been a labor of love for Sid Thal and his wife. Sid apparently was quite the character! Known around town in the social scene and iconic for driving around a Classic Austin “London Cab” and sporting a British bowler hat. These attributes were later used to help market the jewelry store. Their daughter, Joy Thal joined the family business in 1975, along with her artistic husband Chai Mann, and have been at it ever since! It was such an honor to meet the pair during my visit.  They have a discerning eye when it comes to jewelry as well as being able to articulately create a luxurious space for said jewelry.

I spent most of my time while visiting Fox’s with Chai & Joy’s daughter Zoey who officially began working at the store in 2003, where her stint was only supposed to be temporary, but she obviously fell in love with everything about the jewelry world. She was named President in 2013. Most recently Fox’s changed their name from Fox’s Gem Shop to Fox’s Seattle and moved locations to where it situates today, just outside The Fairmount Olympic Hotel. Calling the store beautiful is quite the understatement. My visit lined up well with the unveiling of their newly launched Todd Reed boutique, the only jewelry store to have a mini boutique consisting of Todd Reed anywhere else!

Fox’s Seattle is quite proud of the designers they feature, as they are invested in them emotionally, which radiates through and through! They have been a huge fan and supporter of Alex Sepkus and his work, carrying his jewelry for over 25 years! Fox’s loves Alex Sepkus’ one-of-a-kind pieces and they make certain they get dibs on his very best. I was enchanted by their selection of his pieces–I had to create a cool stack incorporating his work. Fox’s taught me that every piece is finished by hand under a microscope!

I love learning about new designers–the longer I’m in this industry, the less I am actually already familiar with, so finding someone new is exhilarating! Enter SUWA, a Japanese jewelry company known for their precision when setting stones. They follow the facet pattern on every gem to position it in exact alignment with its neighbor. I loved their rough diamond octahedron pendants and totally want one! They do some incredible things with rough diamonds as well as faceted.

Mixing Fox’s designer repertoire was seamless–case in point: my stack featuring Todd Reed, Atelier Zobel, and Arman. Big names, bold looks. Like jewelry a little more on the dainty side? Fox’s Seattle has you covered too!  A favorite designer, Sethi Couture bring on the layer-ready delights, each meant to be passed down through generations. Their selection of Gurhan Jewelry is also quite top notch. I died a little over the 24k yellow gold spike necklace.  I’m sure it has a legitimate name, but I’m going to call it the spike necklace!

Thanks everyone at Fox’s Seattle for welcoming me into your gorgeous store! It was so great meeting everyone and sharing your passion for a few hours…I can see why you are so proud of the legacy of this store and it will no doubt flourish for years to come! If you’re in the Seattle area, be sure to stop by, you won’t want to miss it! 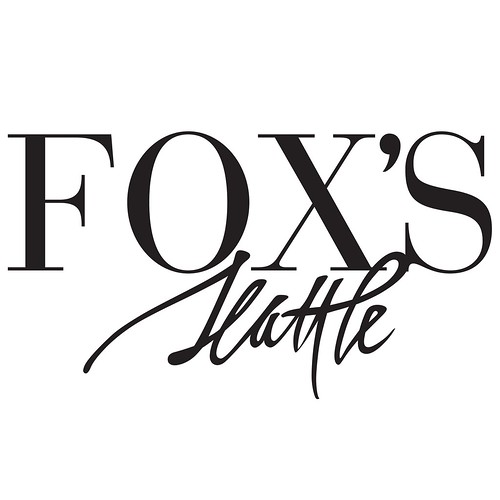