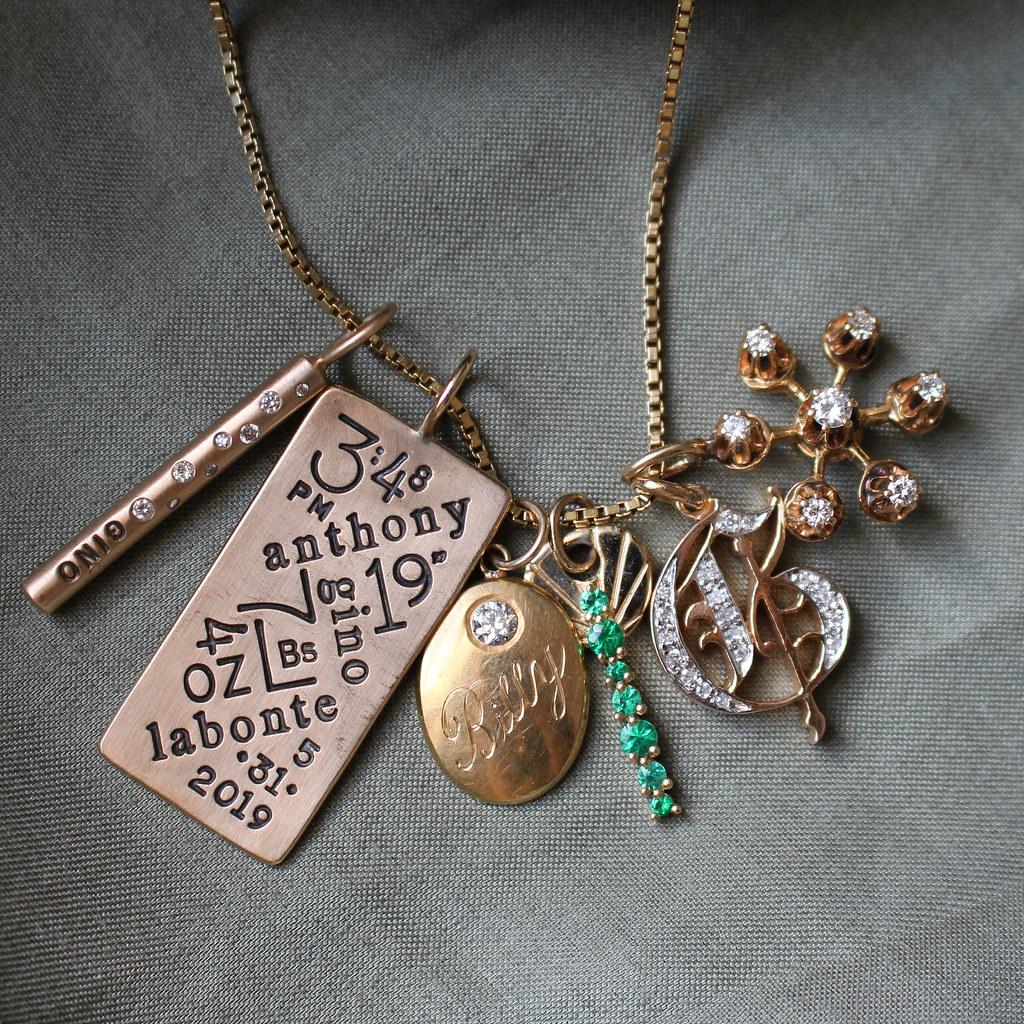 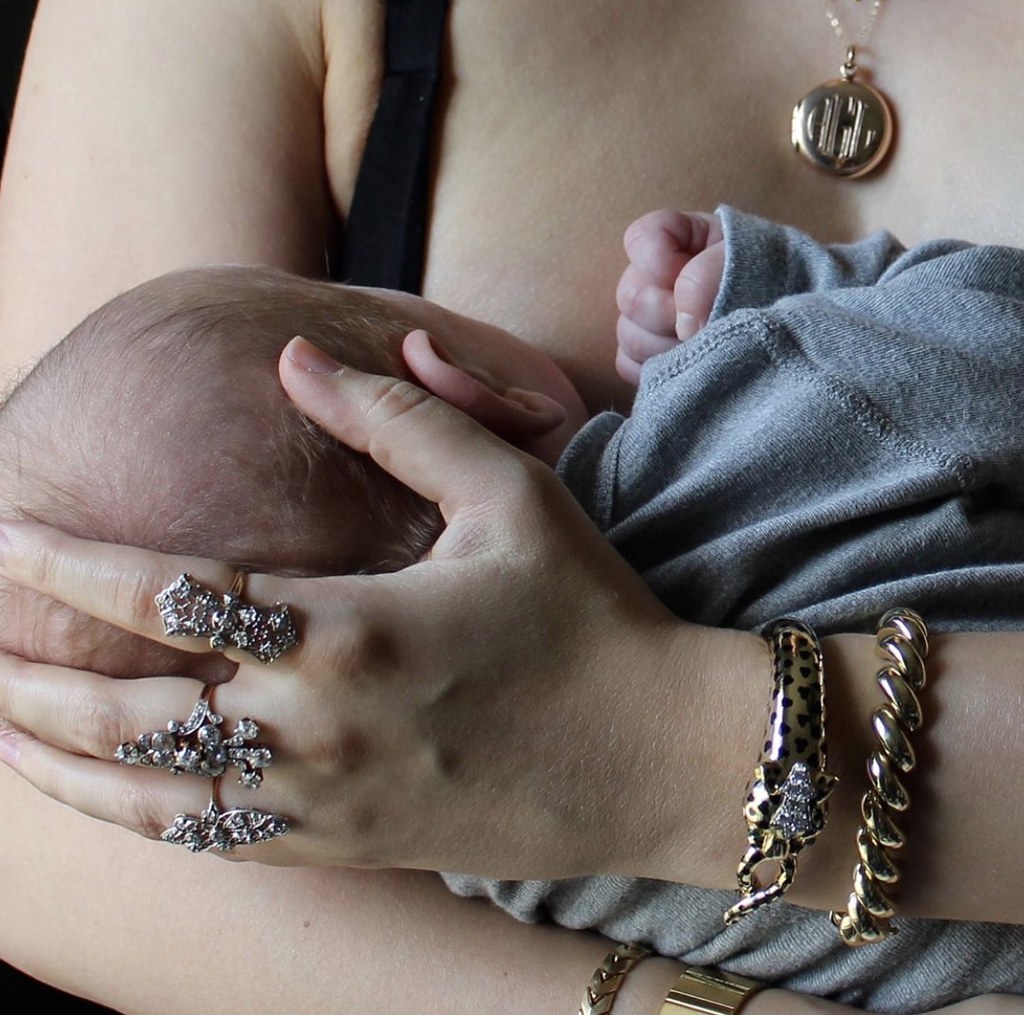 Breastfeeding journey — this special piece from Heather B. Moore commemorates 8 months (8 scattered diamonds) of breastfeeding Gino. One of the toughest, most arduous, rewarding, incredible elements of motherhood.

Everyone’s journey is different and mine started out optimistic and as with most things I do in life, I didn’t read much or learn much about breastfeeding before starting (plus everyone always says it “should just come naturally”) so I winged it. About 5 weeks in I developed mastitis — which felt like I got hit by a truck, had 104° temp yet had the chills where I was visibly shaking and my entire body ached in a way I’ve never felt before. This wasn’t the hard part for me, I can deal with anything. It was seeing helpless Gino develop a huge red rash on his face from reacting to the medication I took for mastitis. I haven’t shown many people the photo of him and I contemplated posting it, but if there are any new moms out there that are dealing with anything similar, I just want to say it gets better. He had that rash for 2 1/2 weeks, which seemed like an eternity when you don’t know if he’ll wake up the next morning looking better or worse each day. These photos are very emotional for me, esp the one with me holding him — you can see how distraught I am.

I’m surprised I pushed through all that; looking back it’s all a blur, but I continued breastfeeding until Gino was 8 months. From pumping in random closets or the back of a car, to going to Tucson with the worst clogged ducts I’ve ever had. The things we do for our kids! I never understood it until I became a mother.

This charm means a lot and finding a piece of jewelry to commemorate breastfeeding — well, let’s just say there’s not much out there! Have you seen where you can mail in your breast milk and it’s turned into a hard ball that gets set into jewelry?! I didn’t know until I googled “breastfeeding jewelry” but yes that’s pretty much all I found. So creating this with Heather B. Moore was a dream. Thanks for your input Heather and creating pieces that are extremely sentimental.