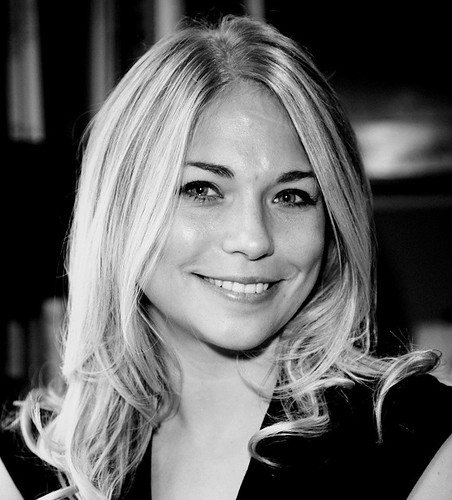 Hancocks is a name which I equate amazing, fine quality antique jewelry with; some of the most rare finds end up on display at this historical shop in London’s Burlington Arcade. The store’s windows draw you in, with incredible gold necklaces displayed on large gray necks and the bracelets, rings and earrings scattered boldly throughout.  Their repetoire of signed jewelry is like a who’s who of designers of the past decades–David Webb, Lalaounis, Boucheron, Cartier, Tiffany & Co., Castellani, Belperron, Flato…the list goes on.  I was warmly greeted by Amy, daughter of current owners Stephen and Janie Burton, and we immediately bonded over some of their inspiring pieces and our shared love of snake jewelry. Upon my return from London, she graciously answered some questions for Gem Gossip readers and all the pictures seen here are from my visit!

Hancocks story began in 1849 and quickly became a well known establishment in London’s Mayfair. The company soon was bestowed with the Royal Warrant from Queen Victoria and other European royal families. Hancocks also became the makers of The Victoria Cross – an honour we still proudly uphold today. It is the highest military medal for valour that can be awarded to any soldier regardless of rank. Hancocks today is still a family run business with my parents, brother and myself. 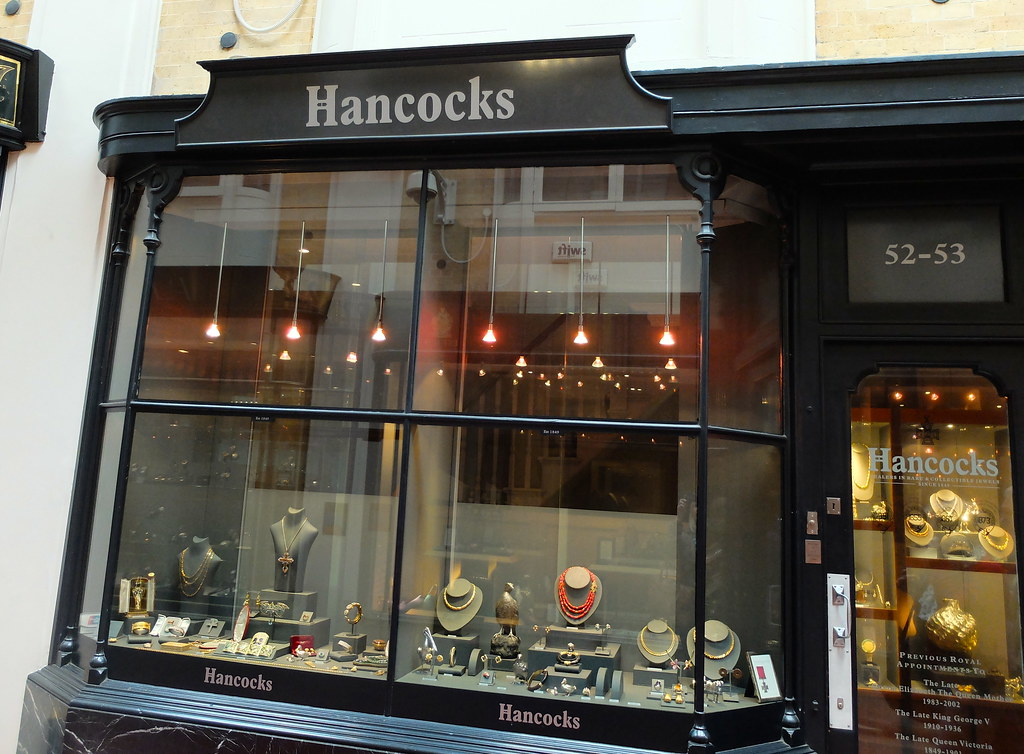 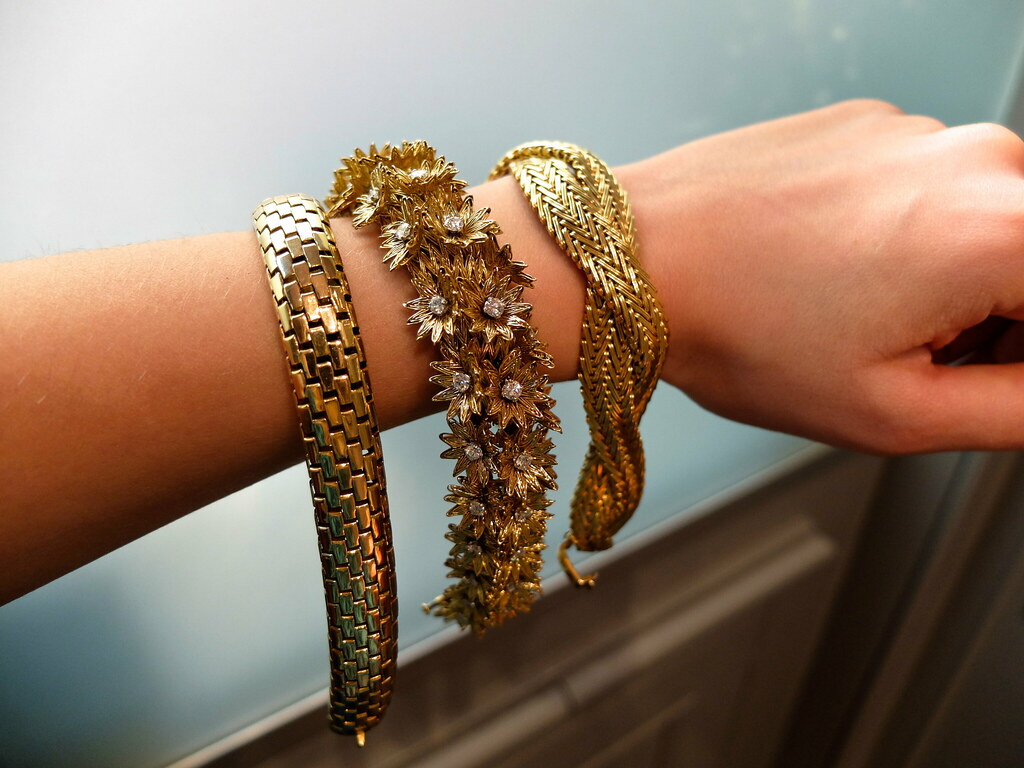 The Mellerio snake bangle that you tried on is definitely my current favourite. I adore snake jewellery – there’s a lot of it out there (and not all good!) but this is exceptionally made and in my opinion is more beautiful and striking than any other snake bangle I’ve seen before – I know that the woman that buys it will feel so incredible wearing it, jewellery can be empowering. 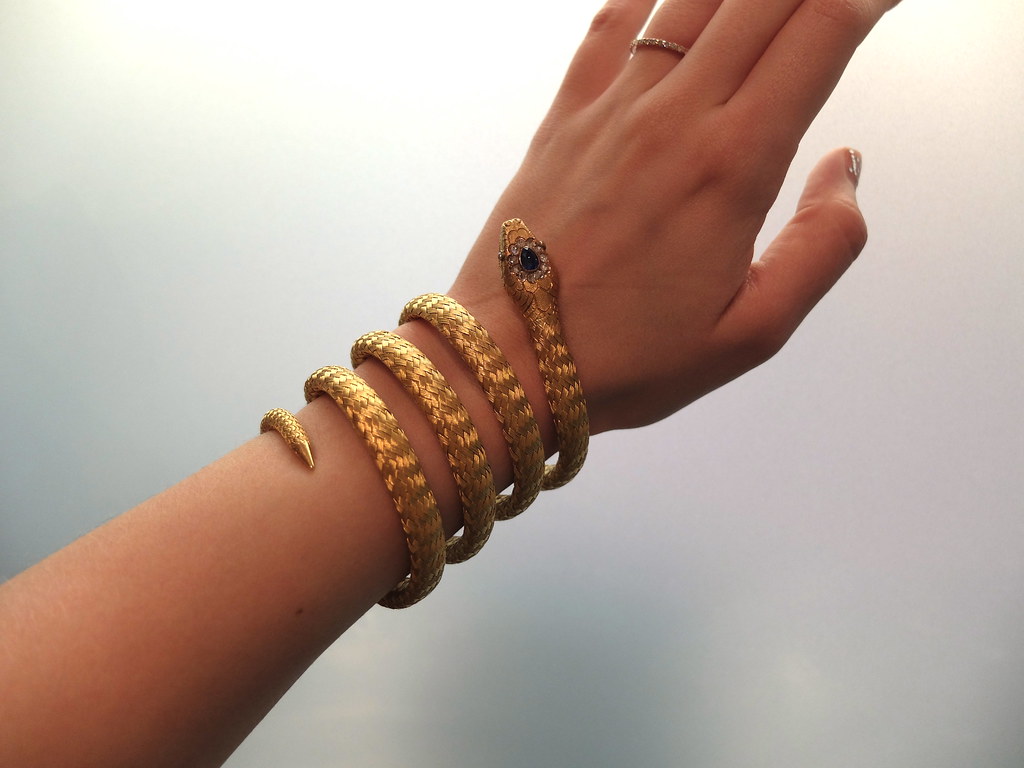 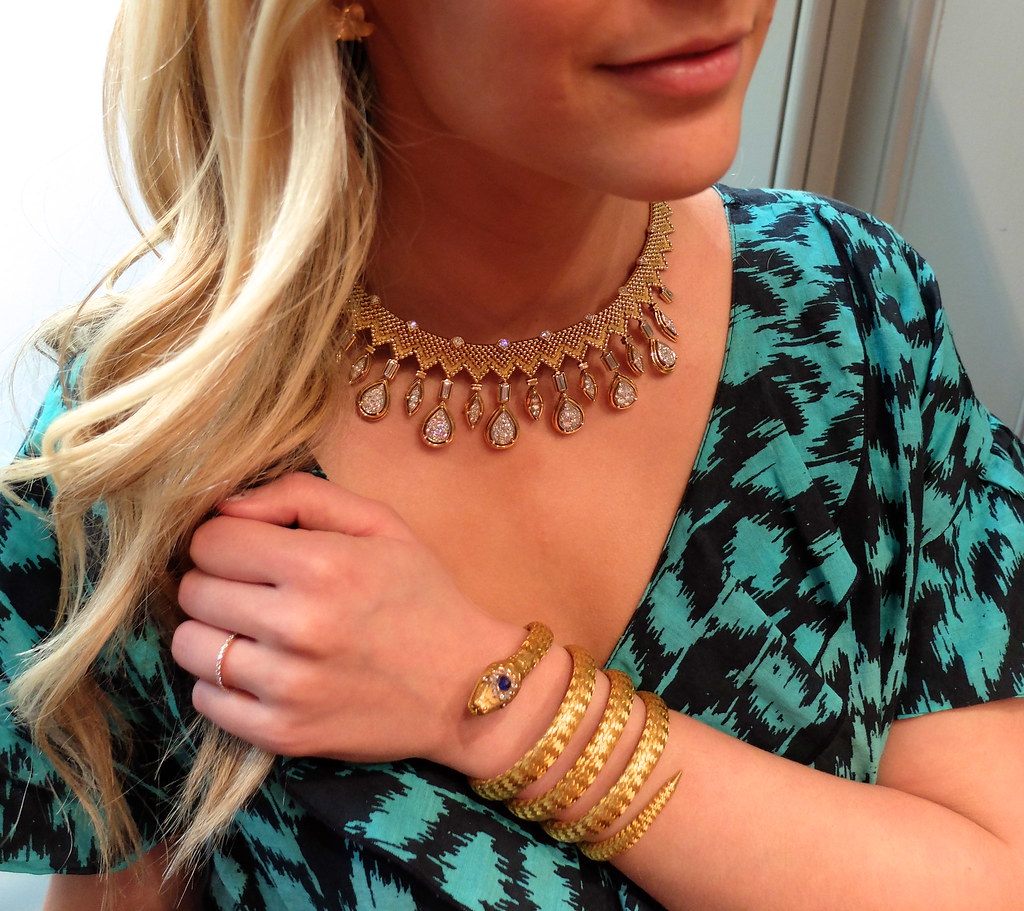 I actually think one of the most important gold jewels that we have had is one that is in the current collection -the Boucheron gold and sapphire bangle. It is such a bold and well executed design. You simply won’t see another one. 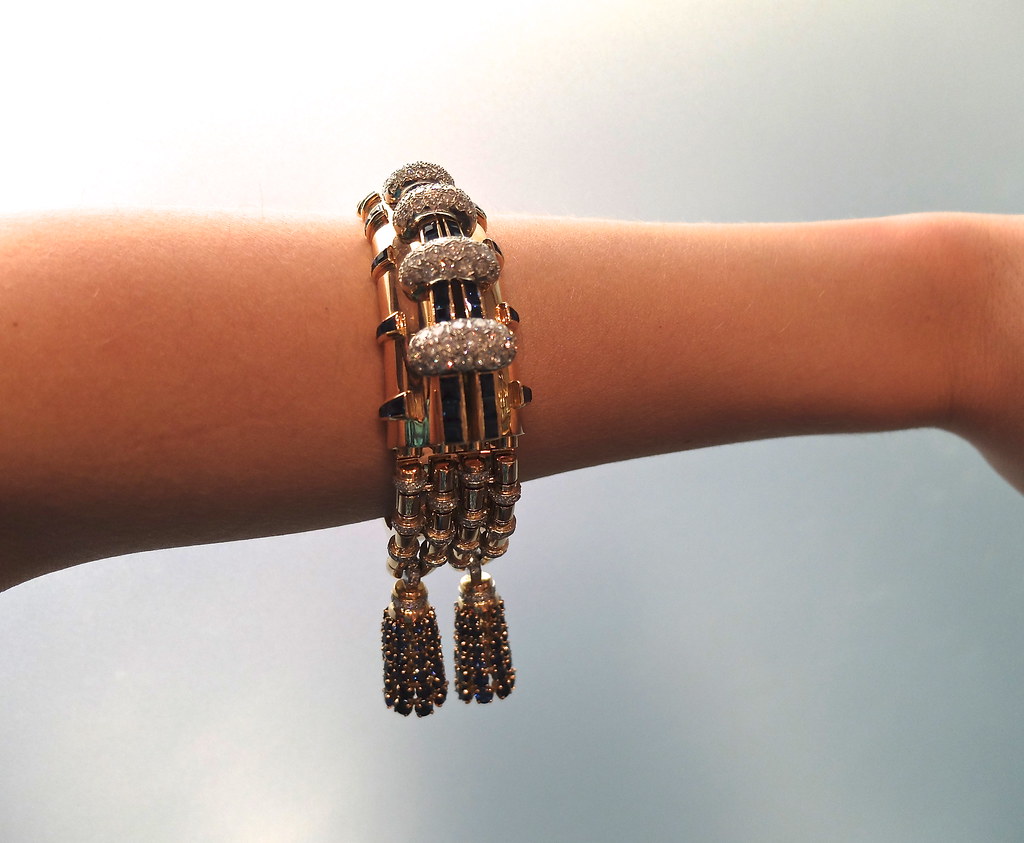 Some of my favourite gold designers are the master goldsmiths of the past. Wiese and Castellani stand out for me. Wiese made some beautiful gothic gold jewellery which i adore as the imagery is so evocative and quality of workmanship is incredible. When you see a piece by either Wiese or Castellani it is unmistakeable. On the other end of the era scale – I adore some of the funky wearable jewellery made by designers such as Aldo Cipullo or Dinh Van in the 60’s and 70’s. 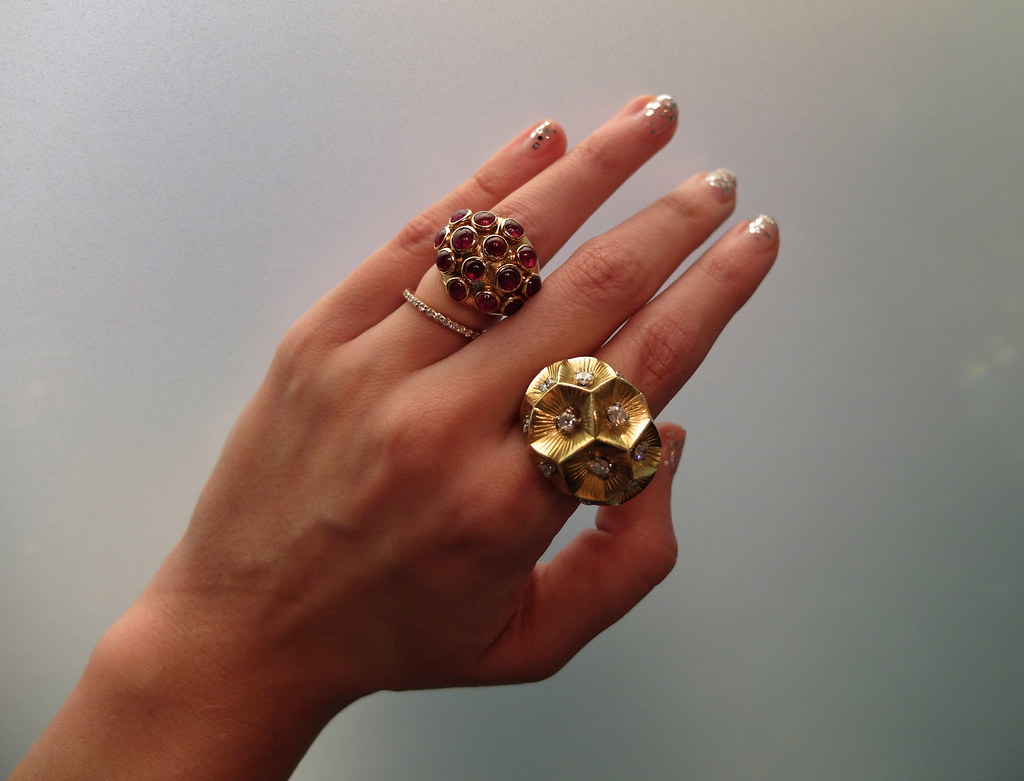 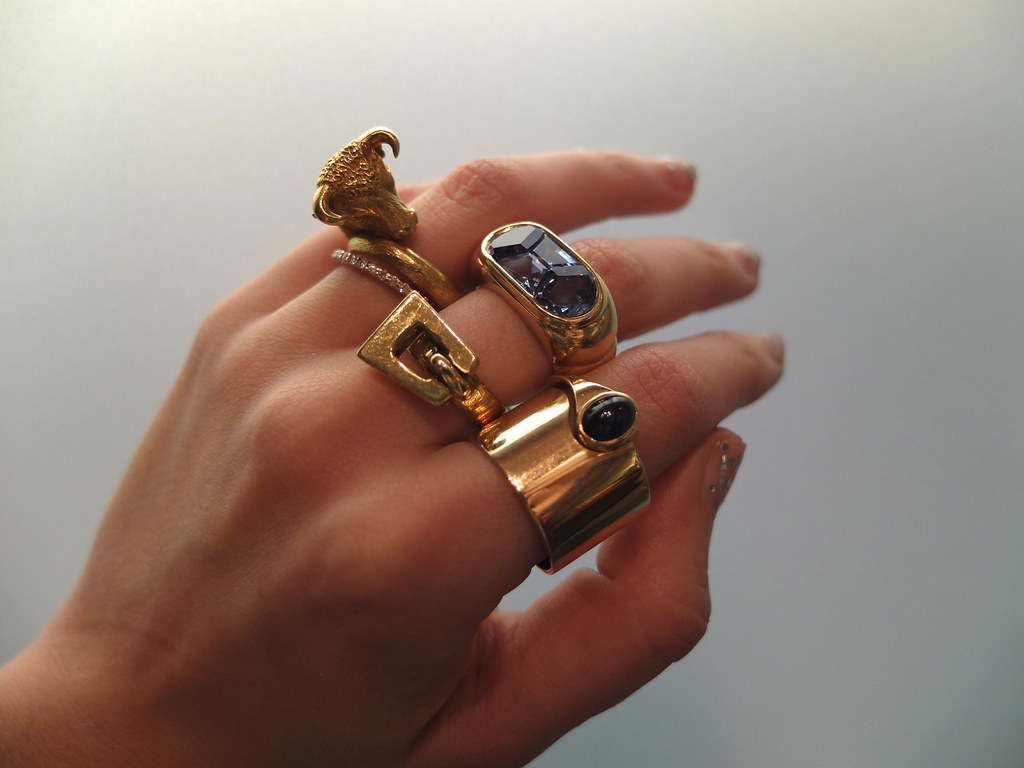 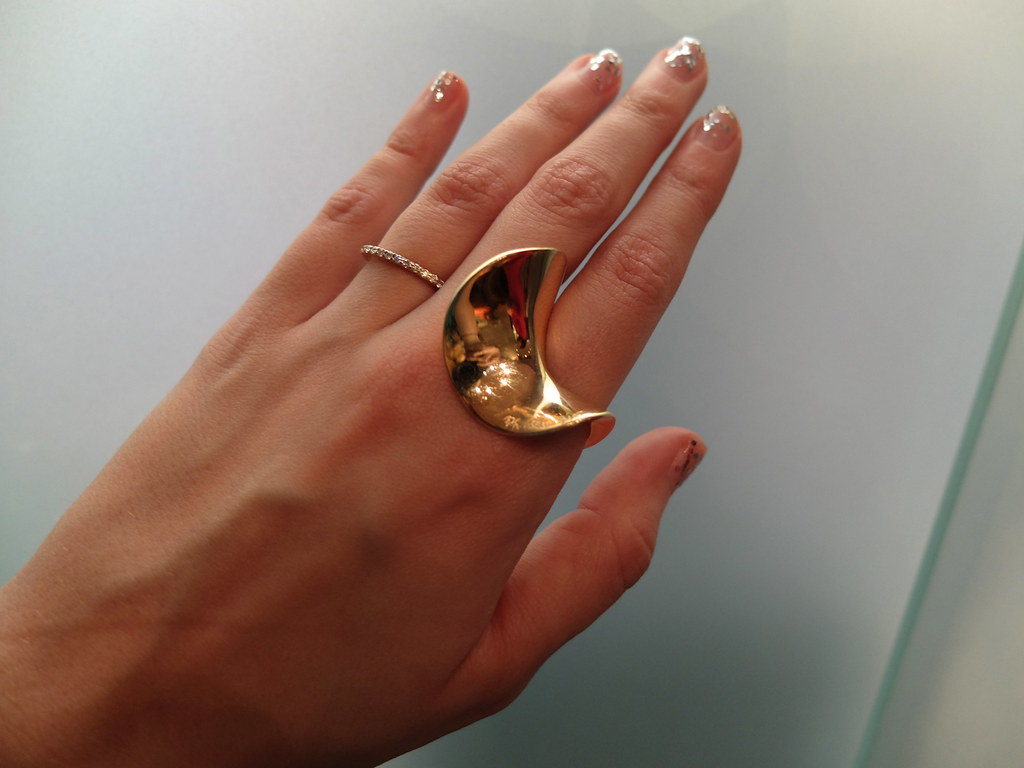 Am I allowed to say two?! I was given a little gold and gem set Van Cleef & Arpels ballerina pin by my parents which I wear as a pendant. It’s definitely my signature piece – and being a gift from my parents, is very precious to me. I also have an incredible victorian memorial locket that I found at a trade show – it is in great condition and beautifully made in onyx, diamond and enamel, but also happens to have my initals set in diamonds on the front! I was definitely supposed to find it – creepily I also found it 2 days after the day of death that is engraved into the pendant (although obviously 100 years later!) 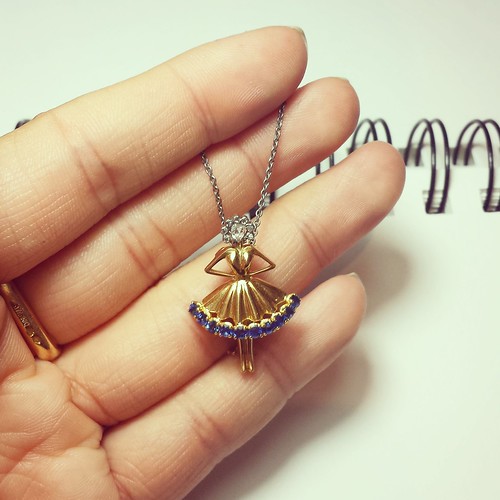 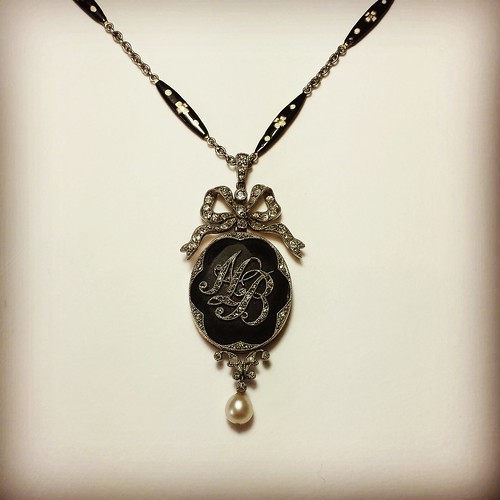