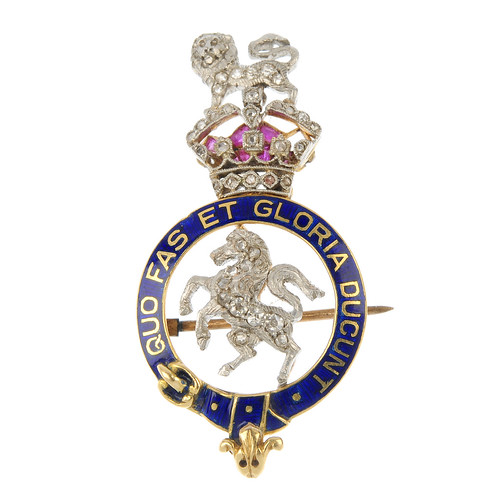 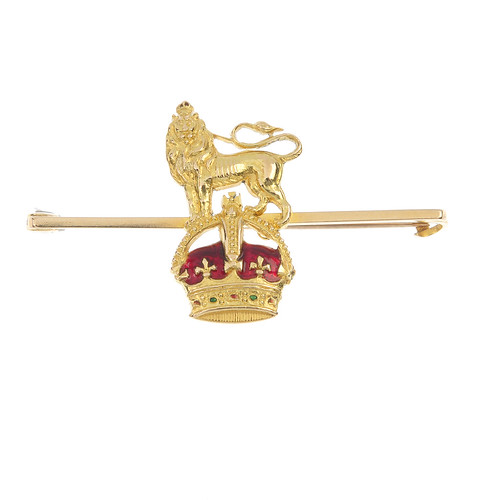 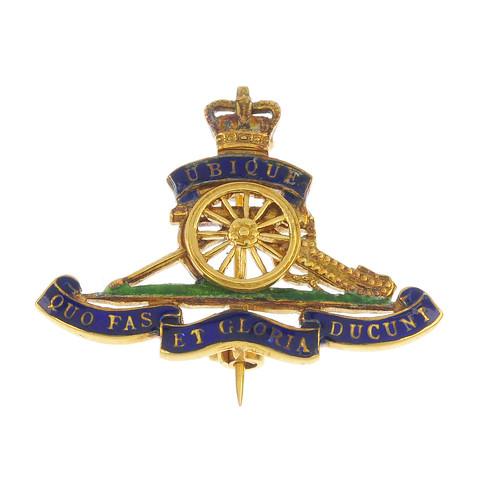 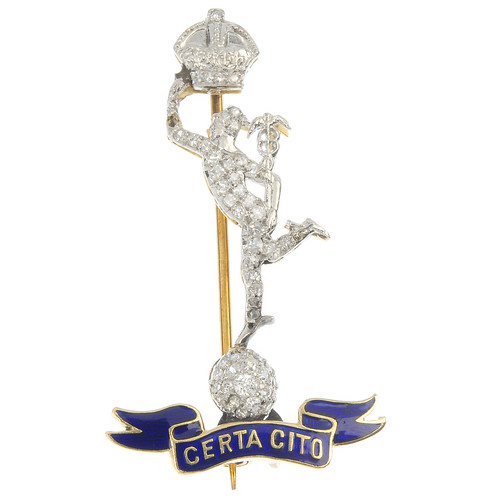 Currently on trend are pieces of jewelry once owned by only a select few, but now their jewels are turning up at pawn shops and at auction.  Pieces like Regimental brooches and rings, and Masonic jewelry are becoming more and more popular as they become more available.  The rich history behind each symbol in these kinds of jewels is also interesting and incredibly fun to learn about.  The Antique & Modern Jewellery Sale set for July 17th, 2014 at Fellows Auctions has some great examples:

Lot 75: an early-20th century 15k gold and platinum Regimental brooch, set with diamonds, and synthetic rubies.  The brooch says, “Quo fas et gloria ducunt” which translates, “Wear right and glory lead.” This has been an important motto of the Royal Artillery, a part of the British Army.  The lion and horse, as well as the crown are also important symbols.

Lot 123: an early-20th century 15k gold brooch, designed as a lion with coronet, standing upon a red and green enamel crown.  The brooch signifies the Royal Army Pay Corps, the military unit of the British Army responsible for administering all financial matters.  This group was officially formed in 1919 and dismantled in 1992.

Lot 127: a 9k gold Regimental brooch with enamel work, with hallmarks for Birmingham, 1966.  This brooch is similar to the first lot shown, with the same motto, “Quo fas et gloria ducunt,” scrawled across the bottom, but this time it also has “Ubique” along the top.  The additional word means “Everywhere.”

Lot 190: a mid-20th century platinum and diamond brooch.  The brooch is a Royal Corps of Signals cap badge, a unit of the British Army that are among the first into action who provide the communications and vital information amongst operations within the battlefields and wherever need be.  Their motto, “Certa Cito” which means, “Swift and sure” is enameled on the bottom of the brooch.  The Royal Corps of Signals was formed in 1920 and still survives today.

This post was brought to you in collaboration with Fellows & Sons