From embellished crowns to Art Deco-inspired halos, this year’s Met Gala red carpet for the new exhibition entitled Heavenly Bodies: Fashion and the Catholic Imagination showcased some of the most ornate headpieces ever to adorn the heads of Hollywood’s fashion elite.

Historically, headpieces have signified religious and political power exclusively assigned to men. But like the queens that they are, the ladies of the red carpet accessorized their couture looks with jaw-dropping tiaras, veils, halos and headdresses. There was even a papal-inspired Mitre worn by the pop queen herself, Rihanna.

Who are we to argue that two tiaras are better than one? Actress Sienna Miller donned a pair of heavenly celestial diamond Fred Leighton tiaras.

Veils didn’t camouflage fabulousness. Model Cara Delevingne sported a black gothic veil that added a medieval twist to her sequined gown while actress Kate Bosworth shone like an angel in a delicate veil.

With the much-anticipated royal nuptials on the horizon, we thrilled to see the regal crown fit for a coronation on actress Mindy Kaling.

Whether if you’re a saint or sinner, you must hand it to Hollywood, the ladies brought their Sunday best to this year’s Met Gala. 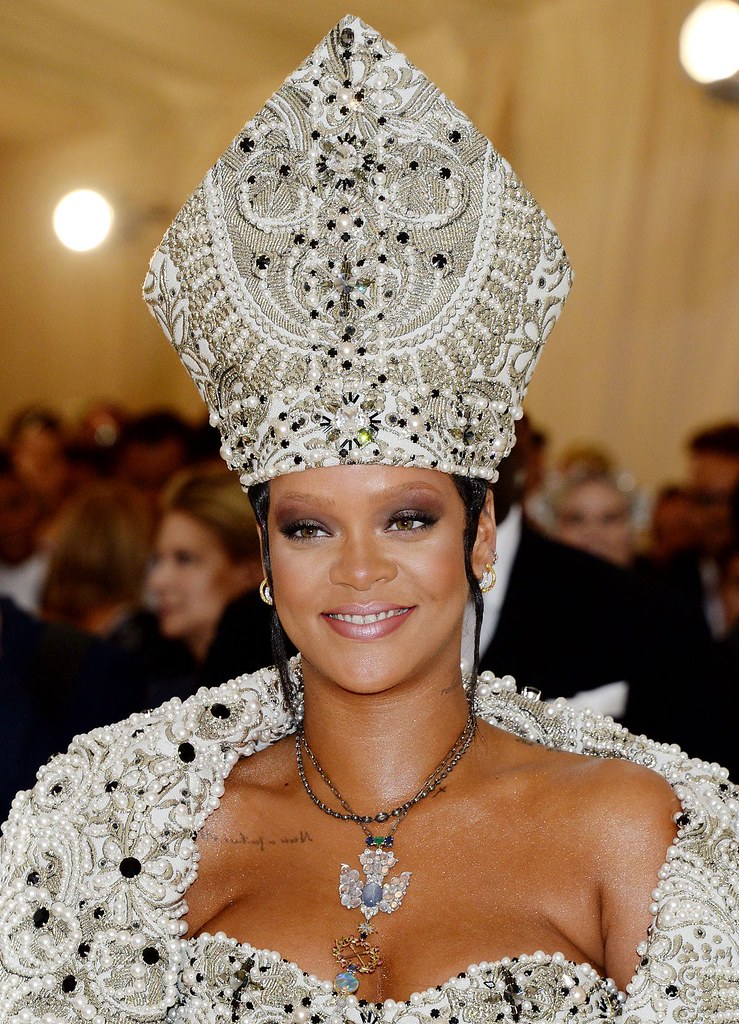 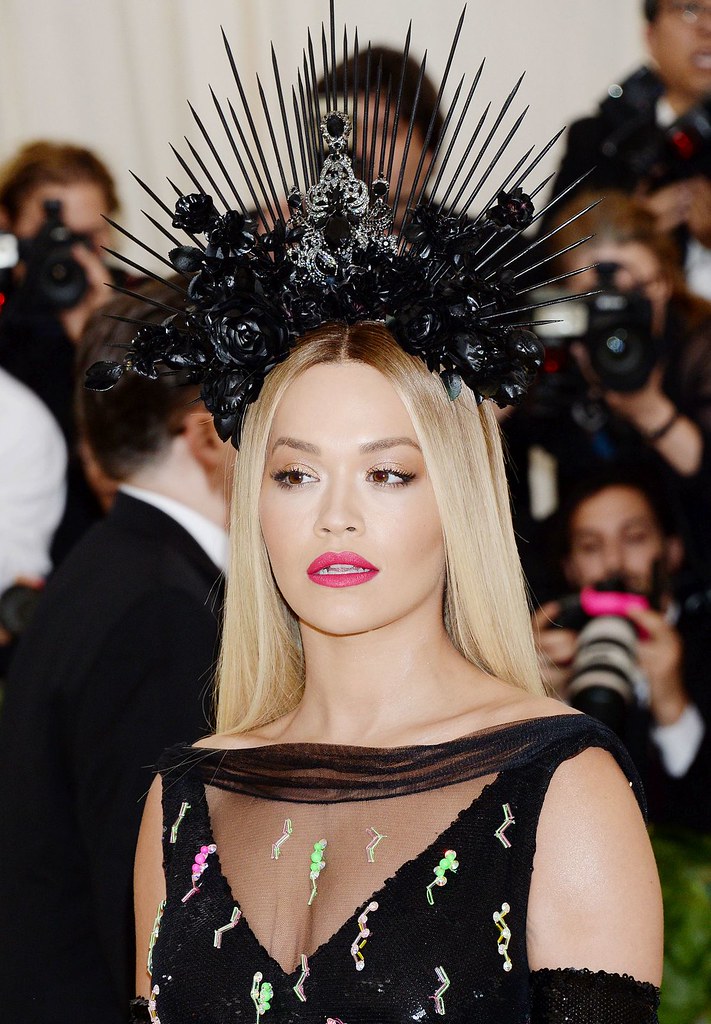 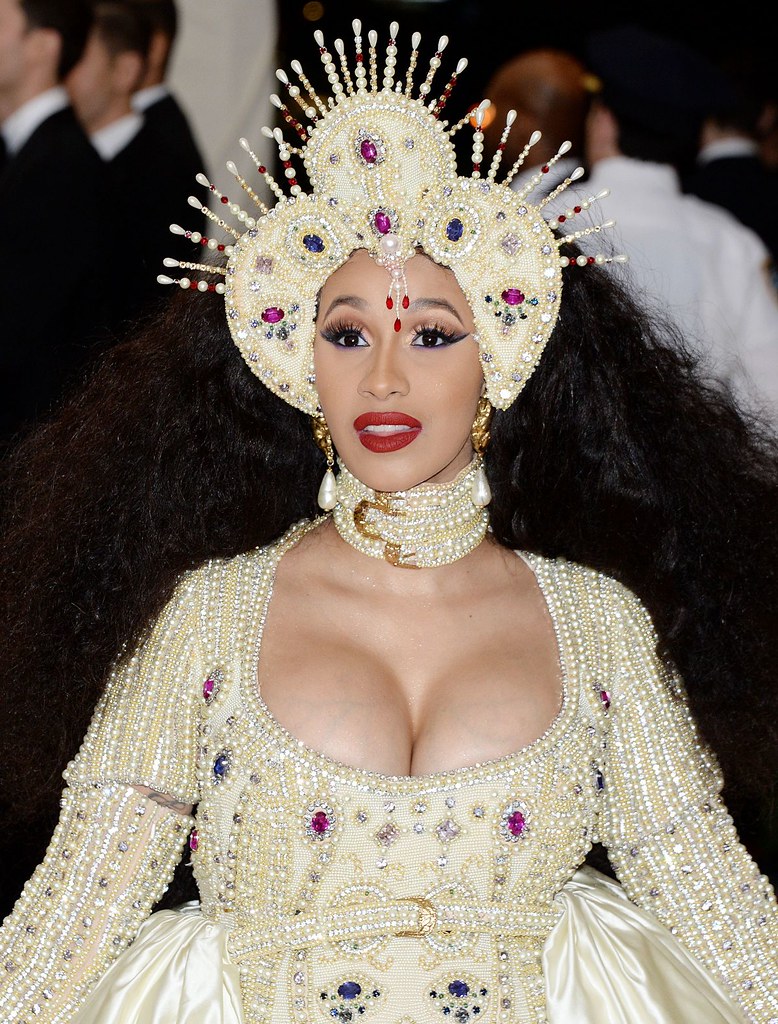 Cardi B – Cardi B sported a custom pearl and ornate jewel head piece by Moschino that was both regal and religious. 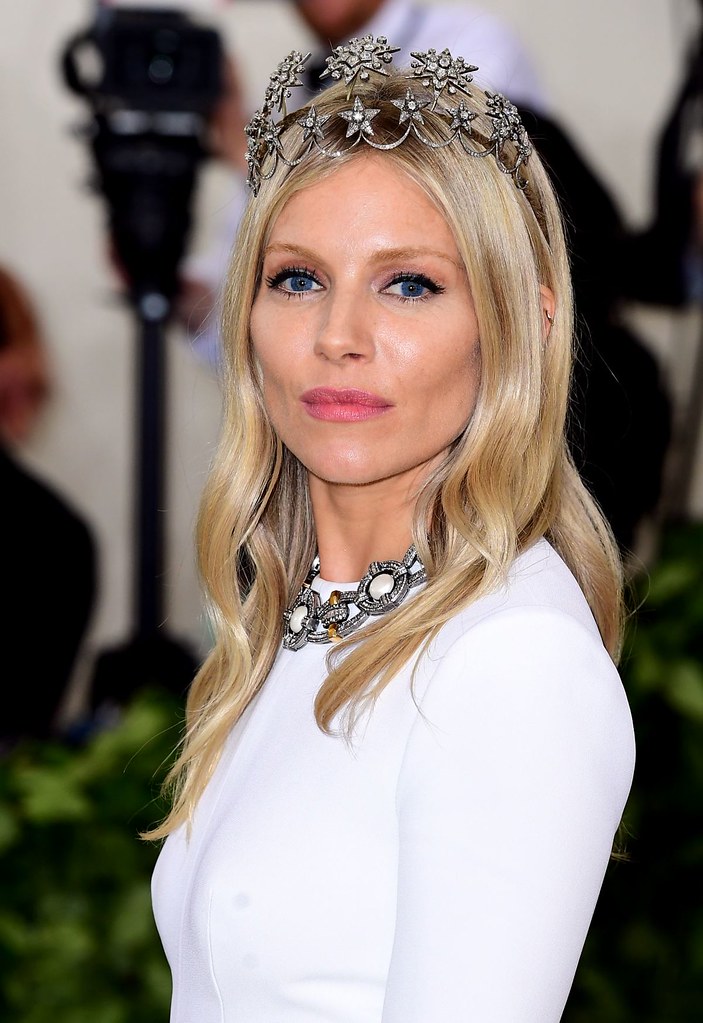 Sienna Miller – The actress wore not one but two vintage diamond tiaras by Fred Leighton. 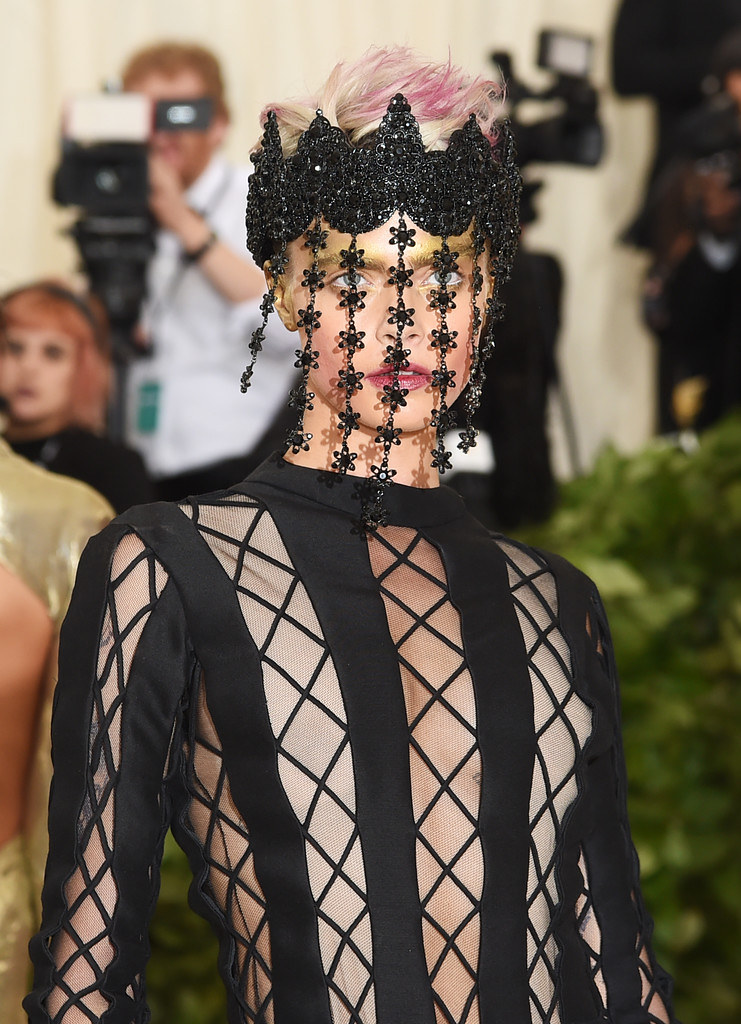 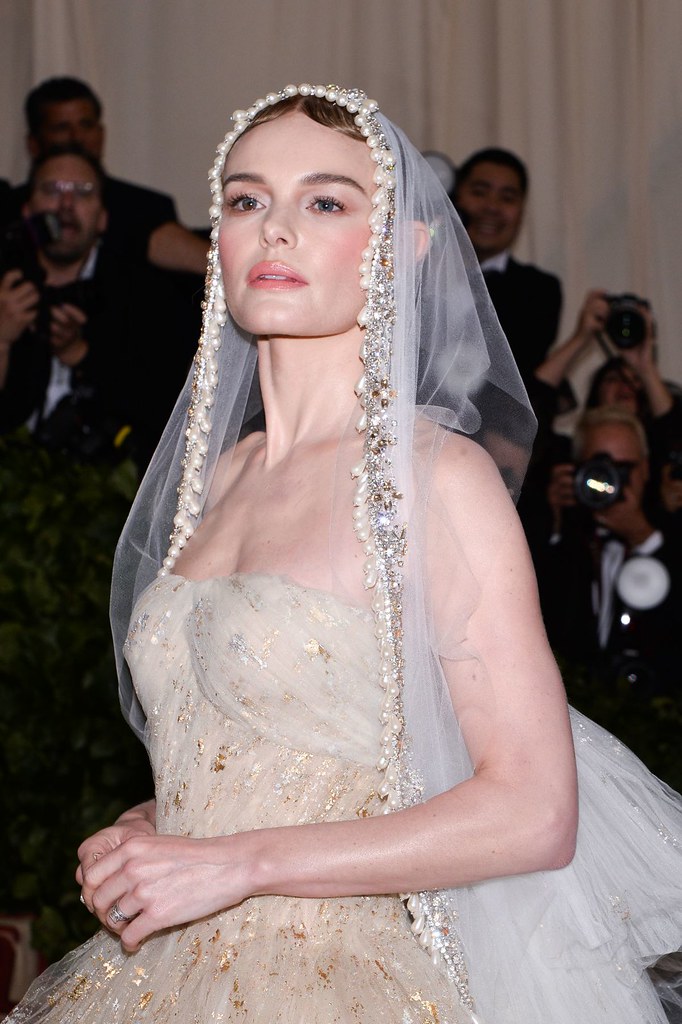 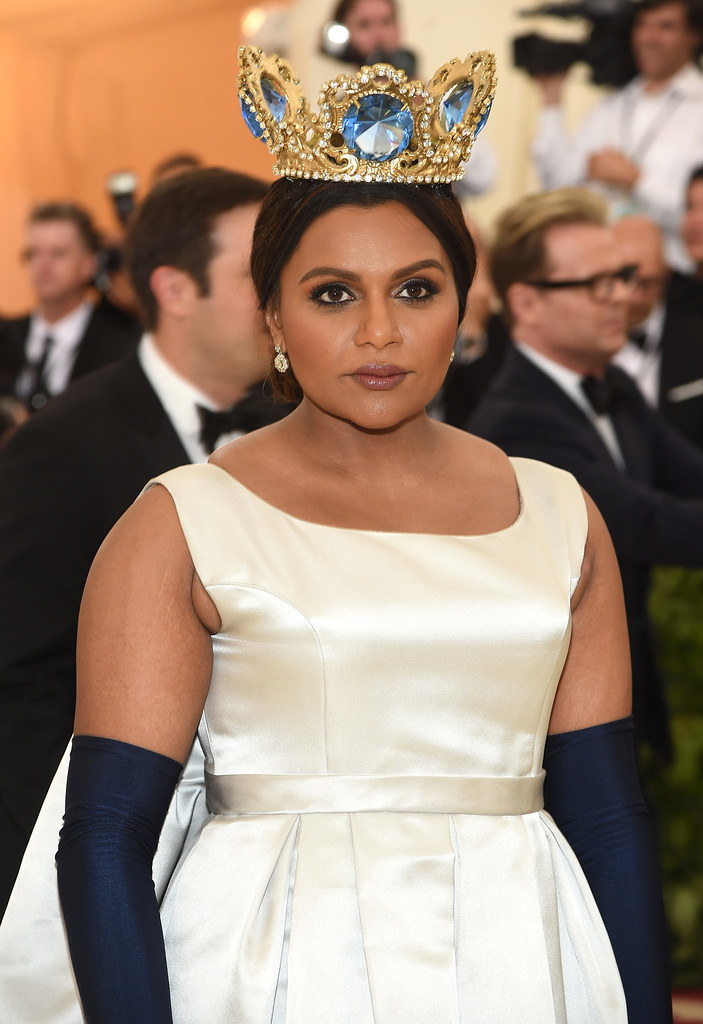 Mindy Kaling – The actress in a custom crown by Pericles Kondylatos 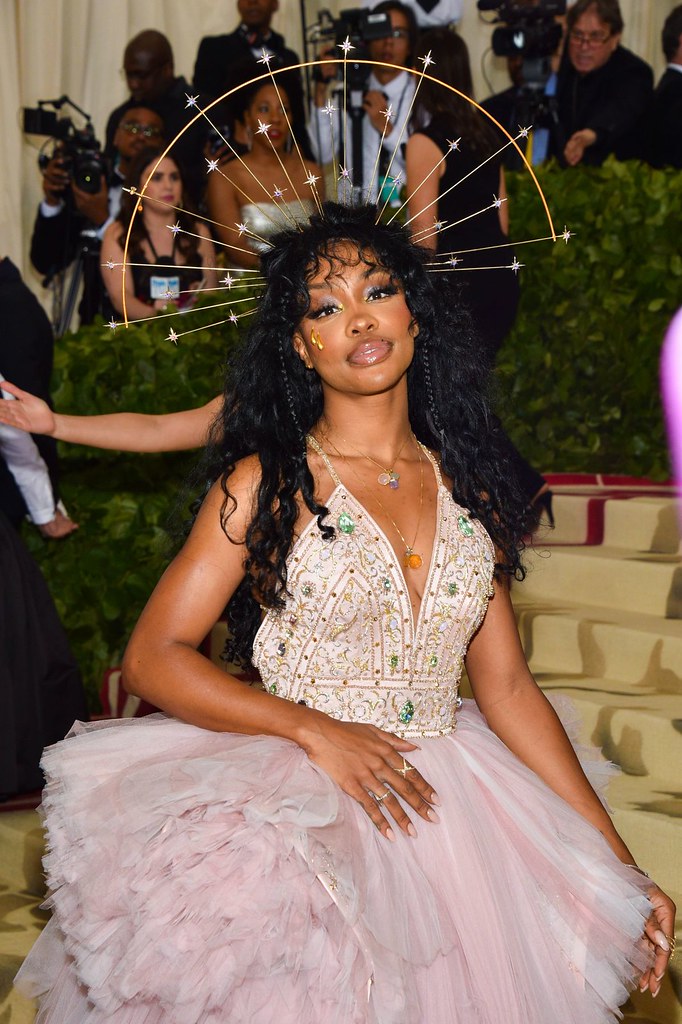 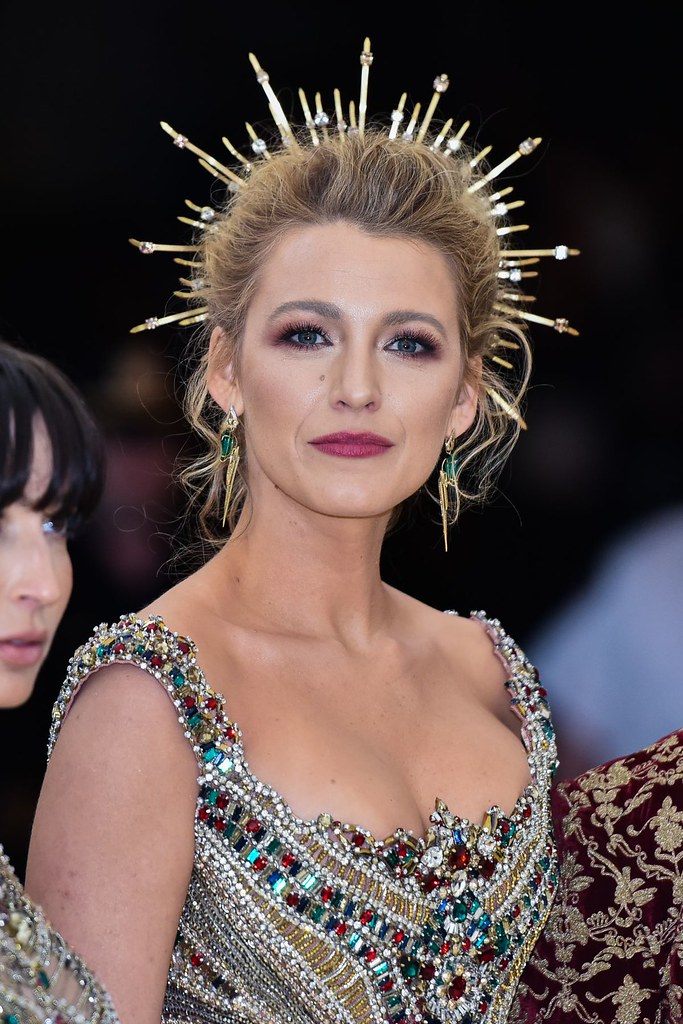 PICTURE credit all Hawtcelebs, with the exception of Mindy & Cara photo via Zimbio. 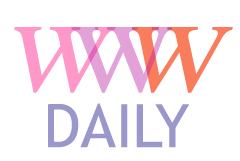