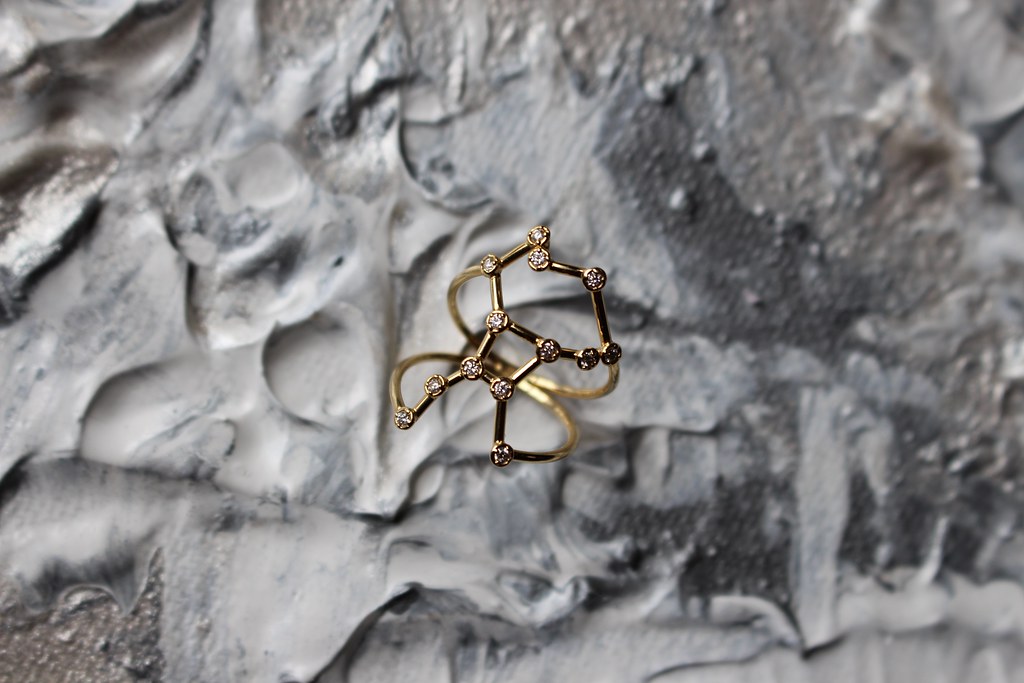 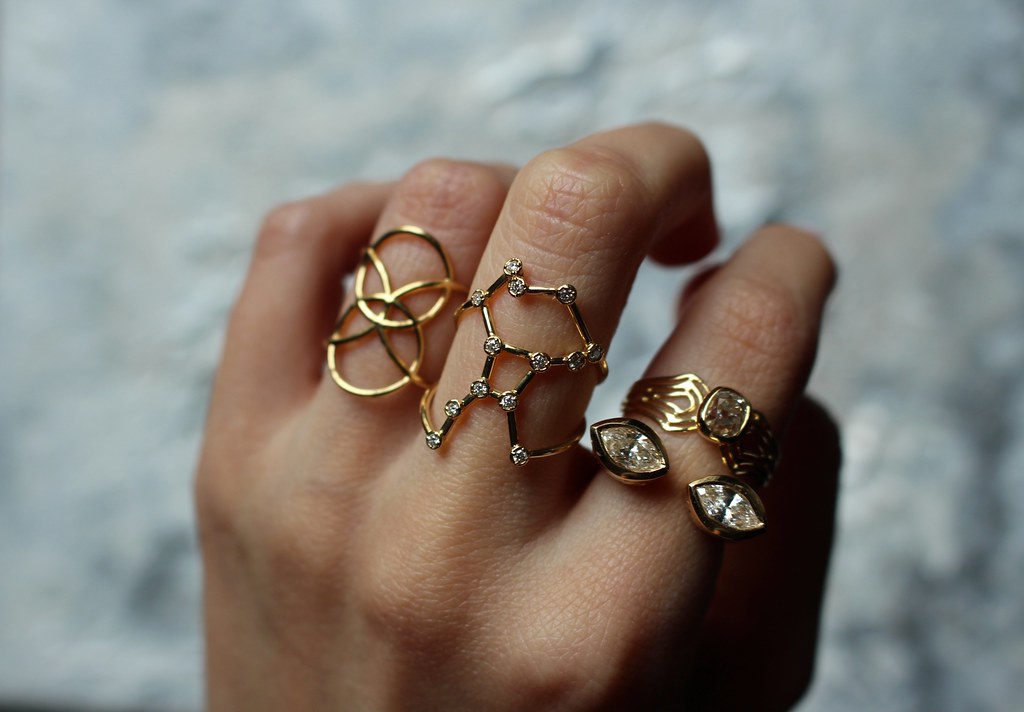 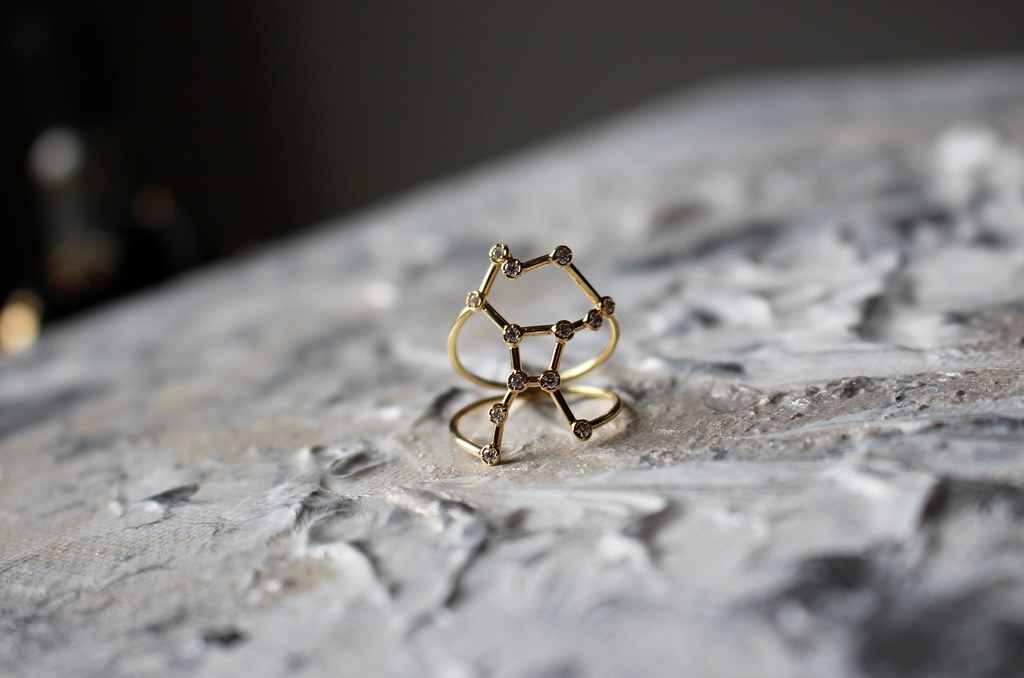 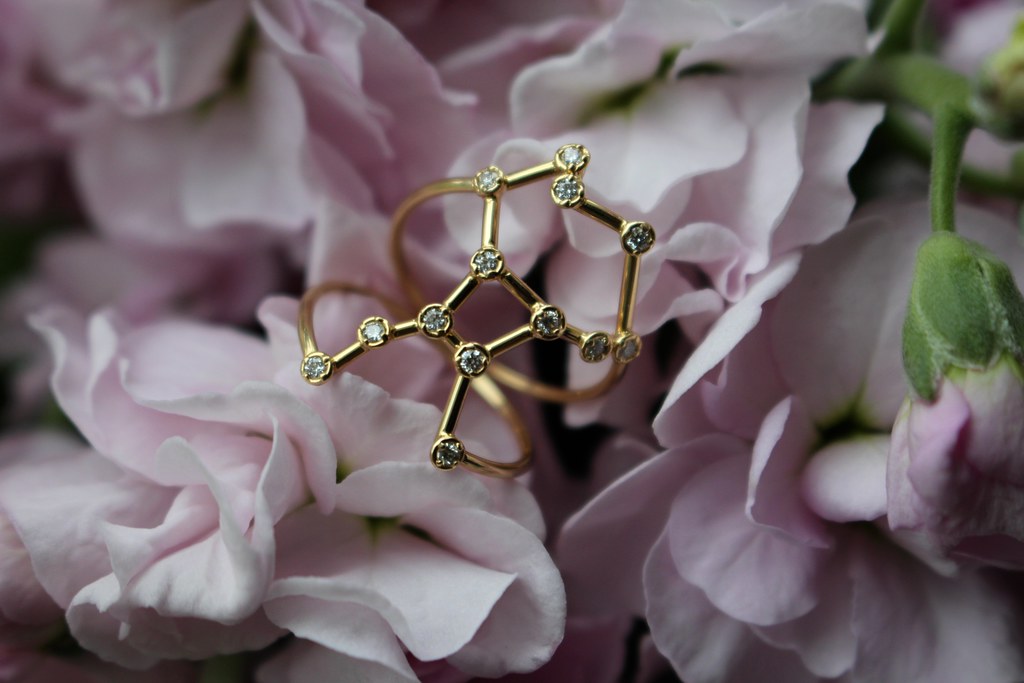 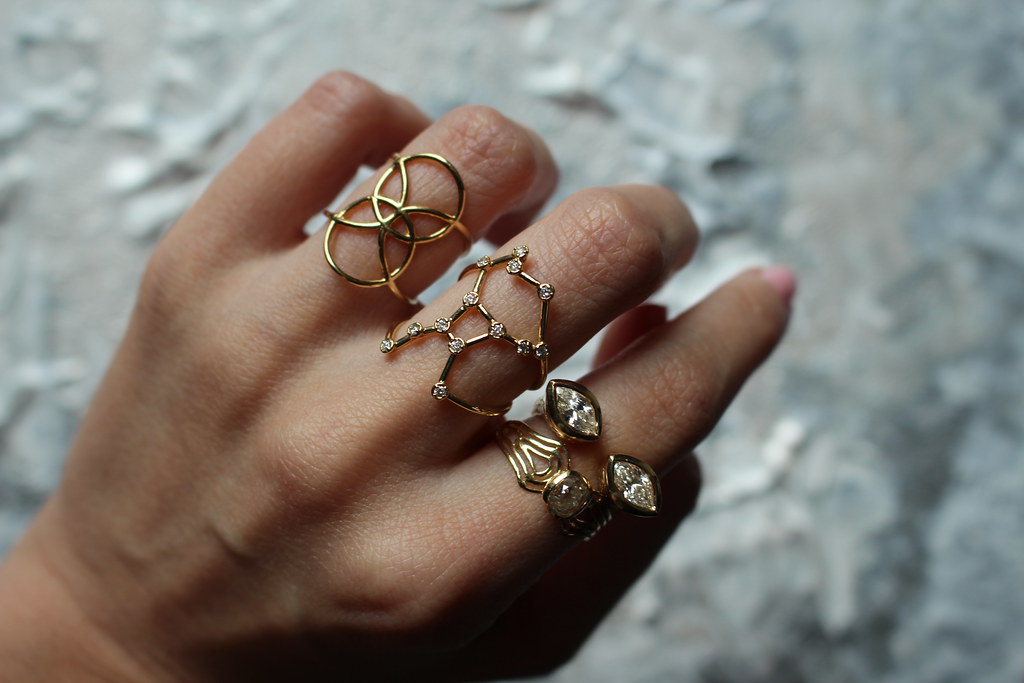 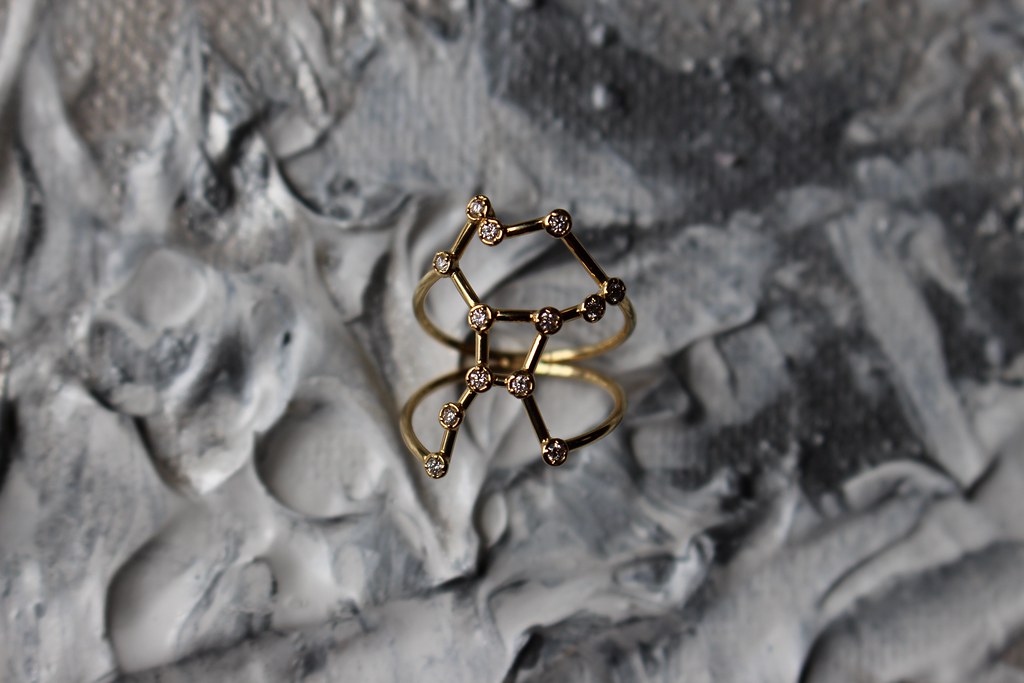 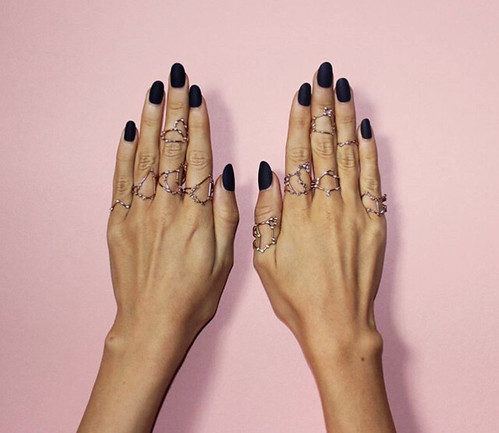 There have been a few instances where I’ve been completely, over-the-moon obsessed with a piece of new, designer jewelry. And hey, this is one of them! Jessie Evans, designer behind the brand Jessie V E Jewellery truly nailed it with these constellation ring designs, each more unique than the other, depicting horoscope signs. As any Virgo would confess, mine is perfection, but that may be just the type of person a Virgo is–as I RIPPED open the package when I received it, utterly destroying what my sign is abundantly known for. I chose yellow gold and diamonds (rose cut diamonds are a limited edition option, !!) and honestly haven’t taken my ring off since. The comfort is five stars.

Having just launched Jessie V E Jewellery this past October, the line may be new, but the designer herself has many years in the business under her belt! Photography was Jessie’s first passion and she studied that up until enrolling in Silversmithing, Goldsmithing and Jewellery Degree at the University for the Creative Arts in Kent, UK. After graduating, she went straight into a job as a production assistant for Elizabeth Gage, working her way into design, painting the designs for clients and carving wax to be made into incredible pieces.  Five years later, Jessie felt the timing was right to go off on her own. On designing and being a jewelry designer, Jessie says, “There’s no better feeling than designing a piece that then becomes somebody’s most treasured possession or a really special piece to them. I think it’s probably that feeling that makes jewellery my passion–it’s like the excitement when someone is opening a birthday/Christmas gift you bought them, and you just know they’re going to love it. I get to have that feeling almost every day!”

The Constellation collection puts a spin on Zodiac signs, swapping out stars for diamonds and wrapping them around your finger. For Jessie, the inspiration behind the collection was simple: “I’ve always been fascinated by the nights sky, the stars and the Greek mythological stories surrounding the constellations. Imagination at its finest! I also find that whenever I am inspired by something, I tend to ‘think in diamonds.’ Instantly the stars were replaced with diamonds in my head and it just kind grew from there. I find that people are usually strangely attached or fiercely proud of their own star sign, and I loved the idea of creating a collection that speaks to people on that level. I also wanted to make each sign as wearable and aesthetically pleasing as the others, so by using the constellations, each piece consists of the same makeup, it’s just the layout that varies.”

I feel big things are in store for Jessie V E Jewellery and I can’t wait to see what the future holds. Of course, the Constellation rings look insane when they’re all combined together–I included some photos to show that aspect off–and plan to add a few more to my collection (maybe one representing my husband’s sign or my sisters’ signs?!). You also must check out the other collections over on her website, see below for details.

This post was brought to you in collaboration with Jessie V E Jewellery. 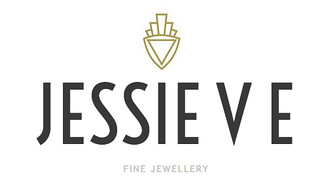