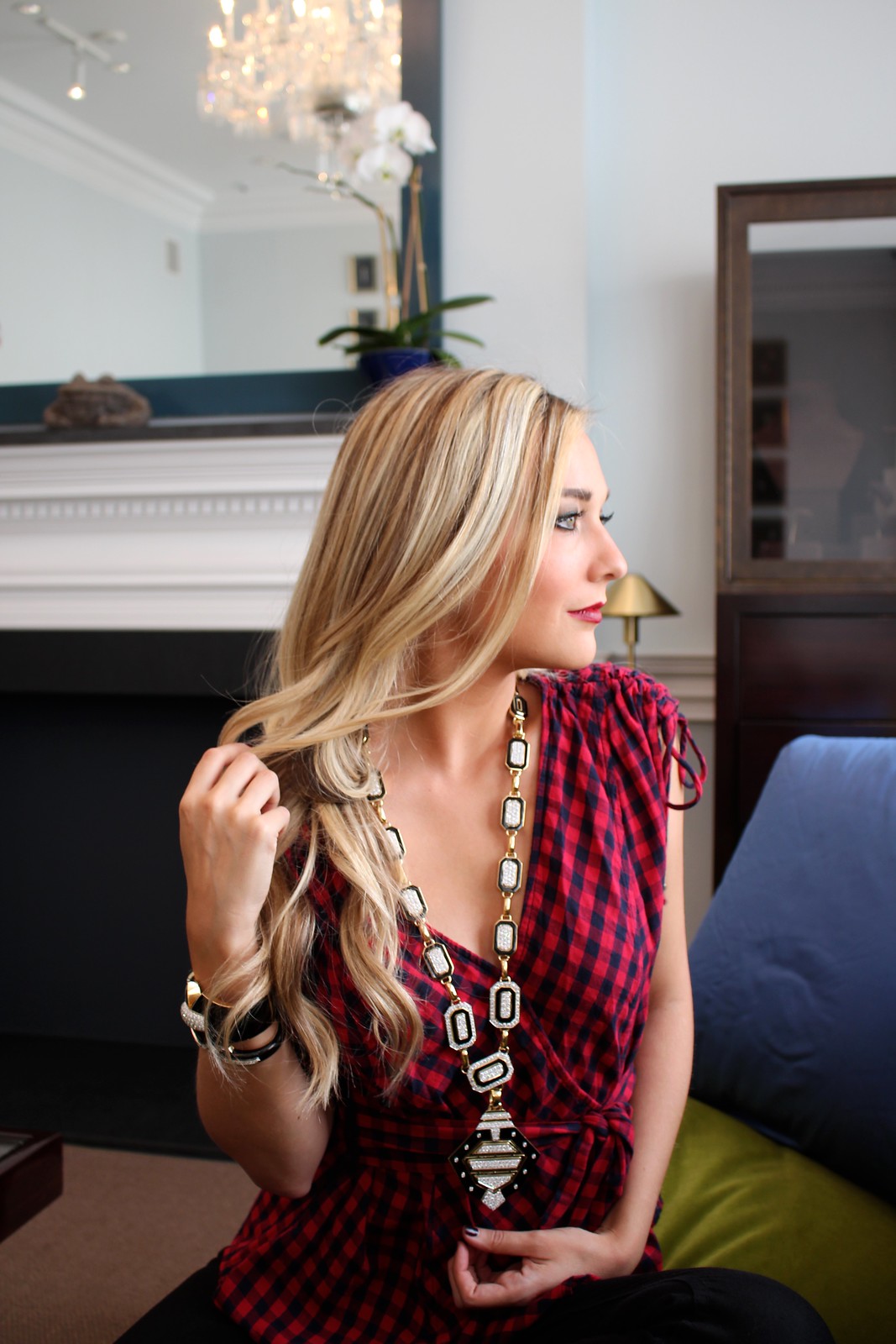 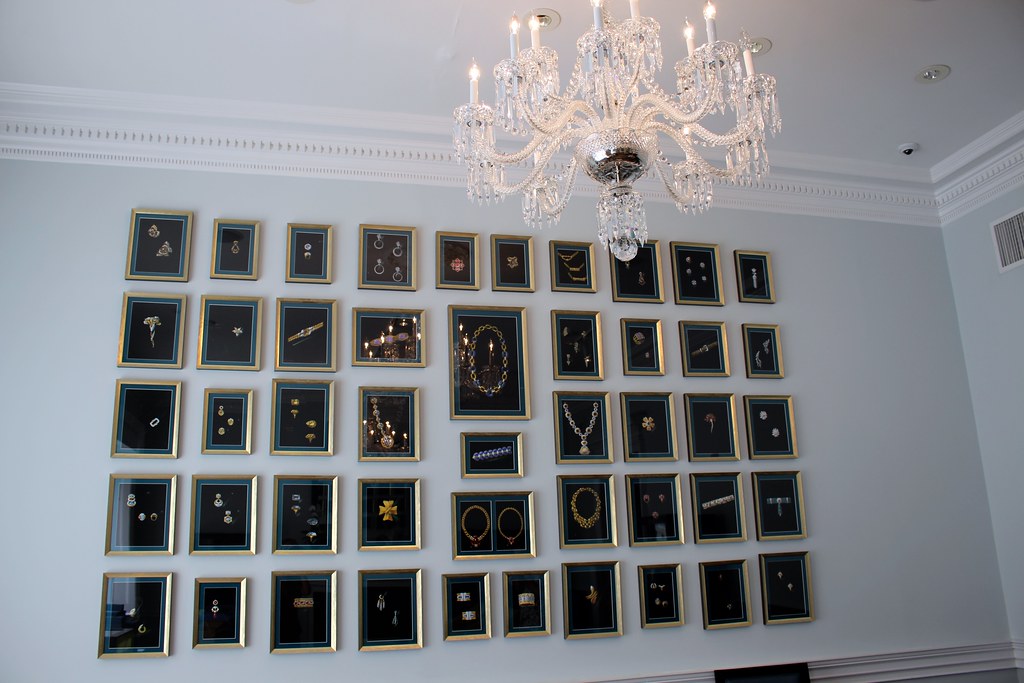 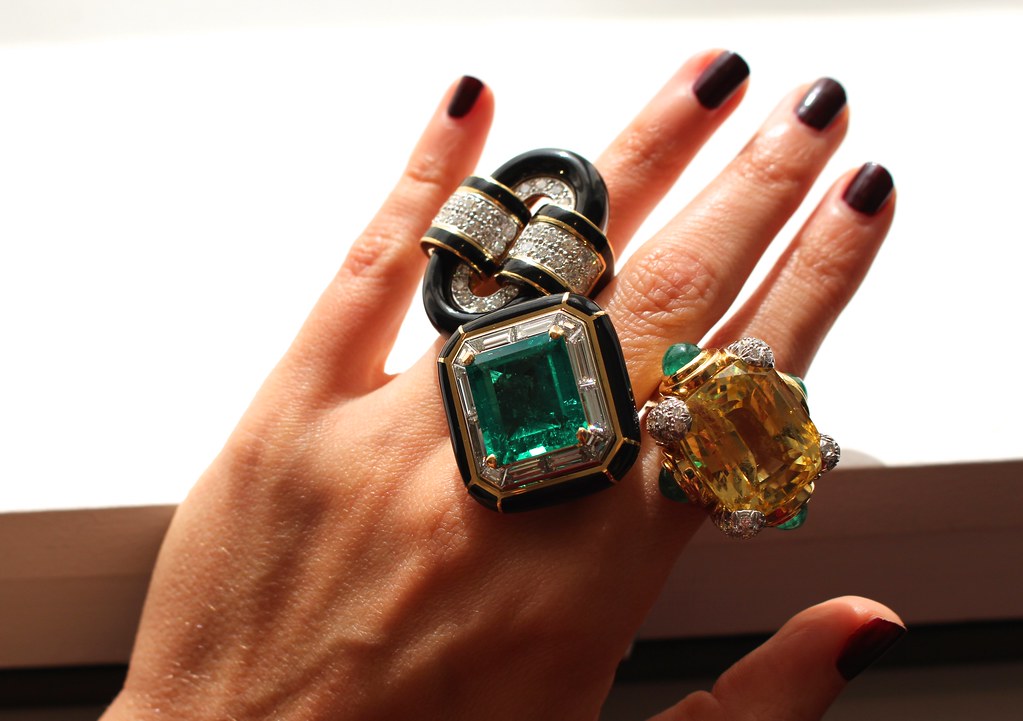 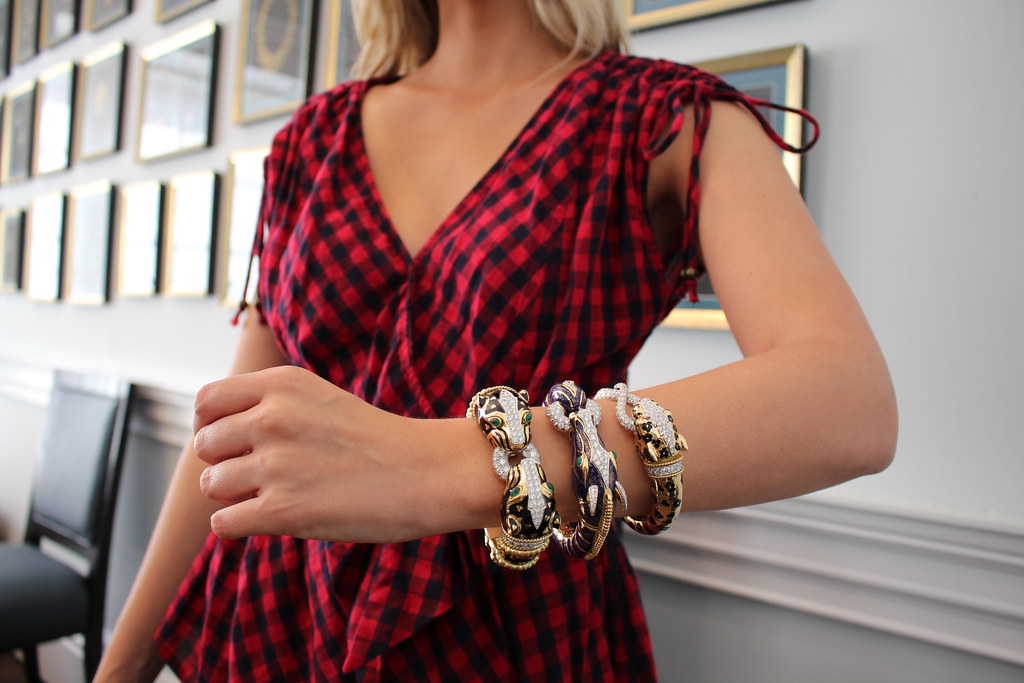 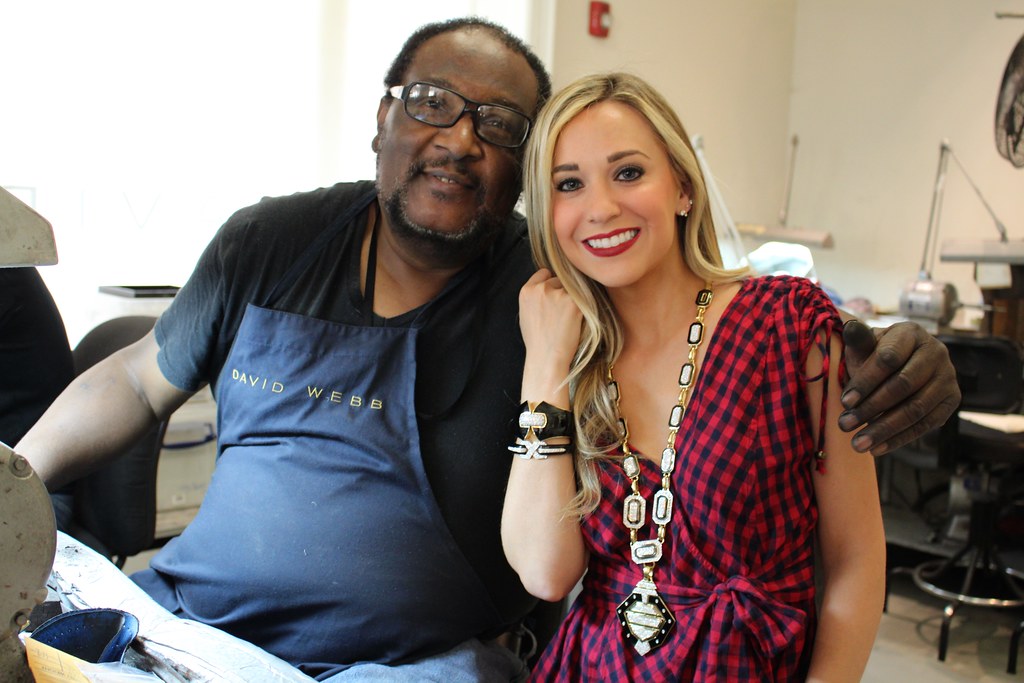 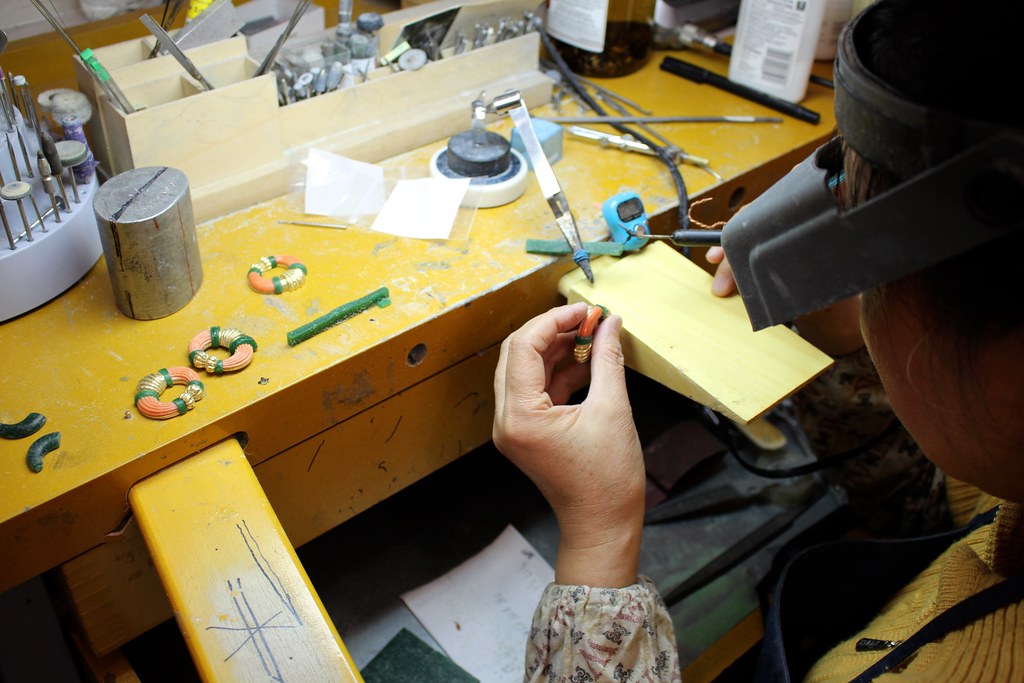 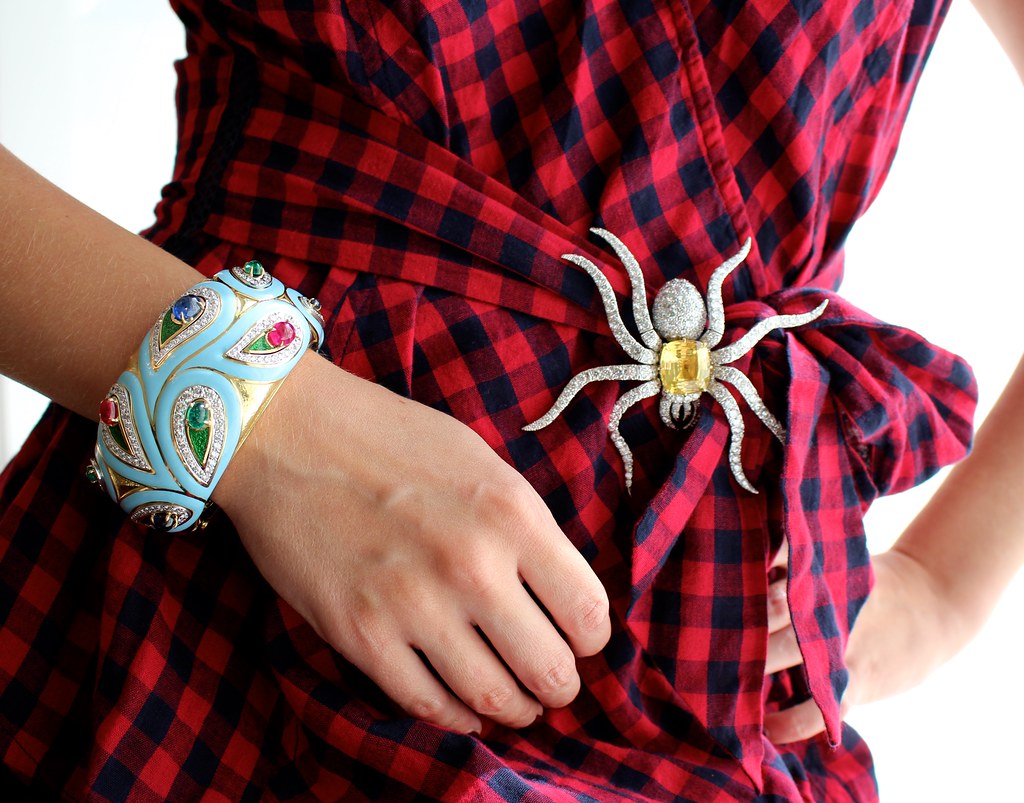 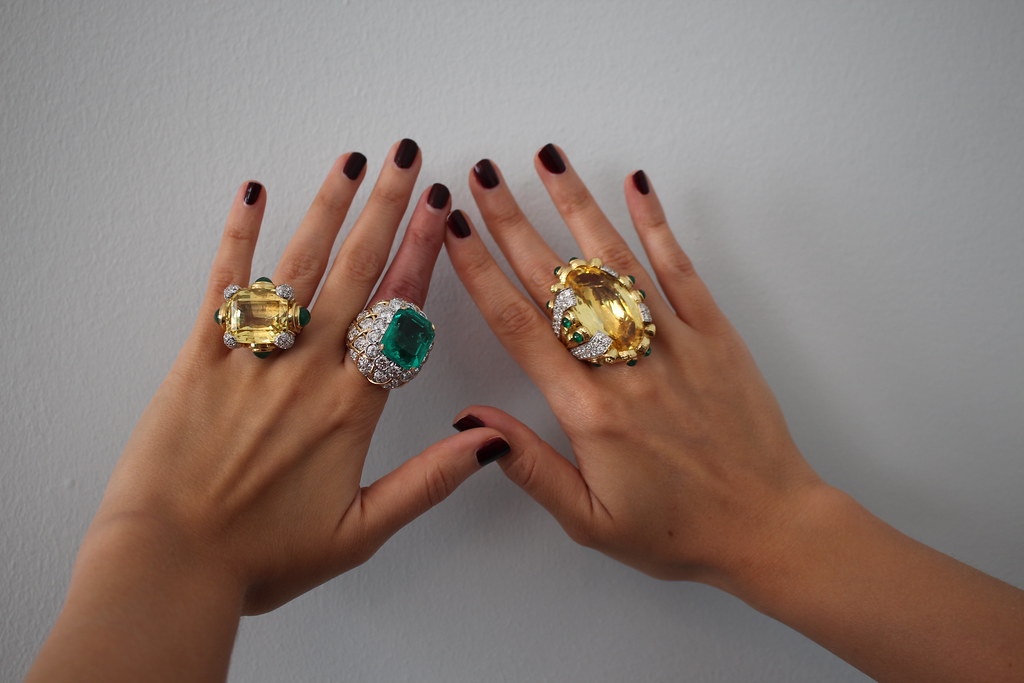 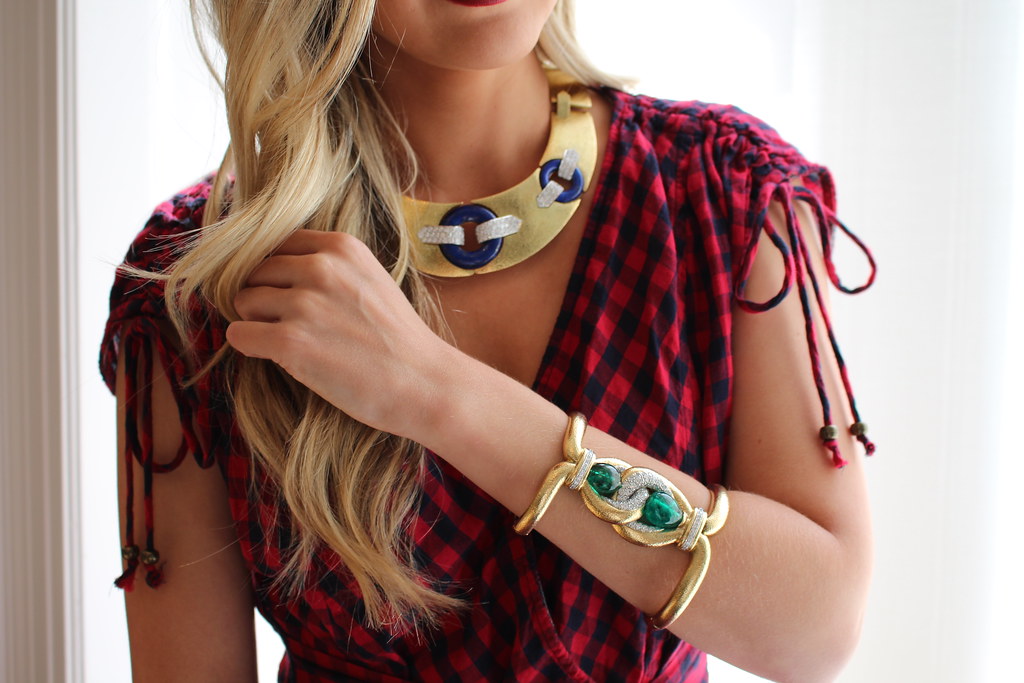 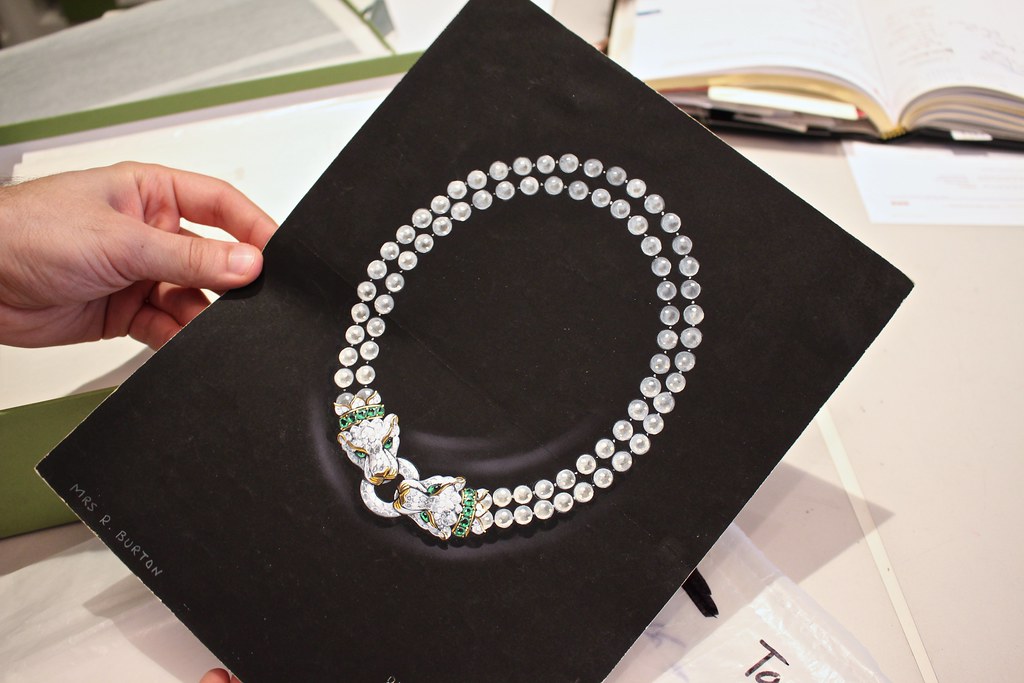 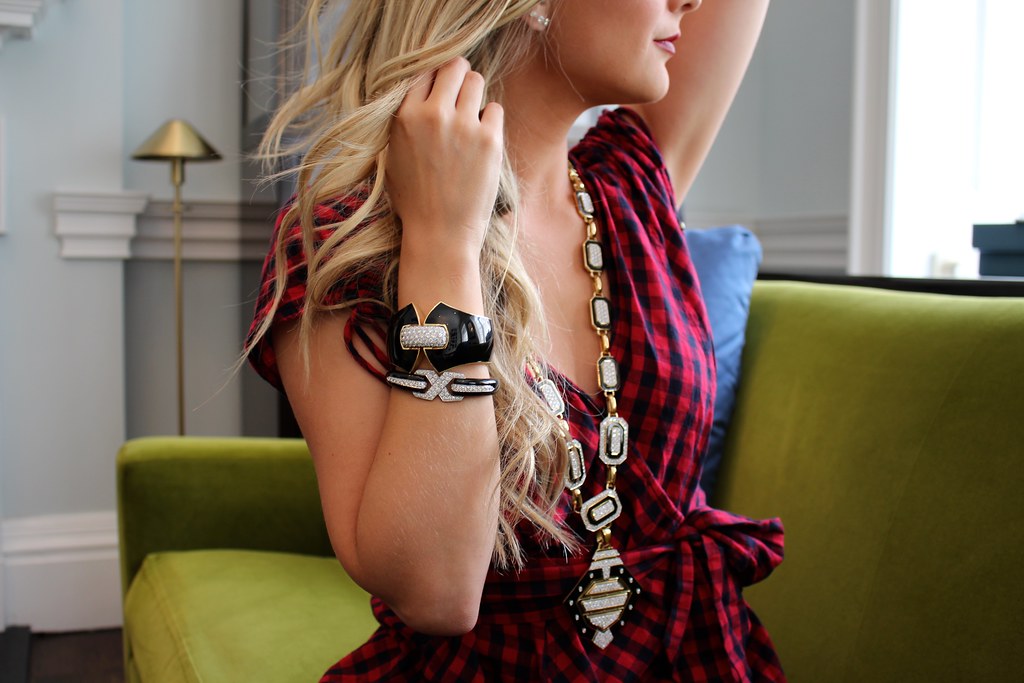 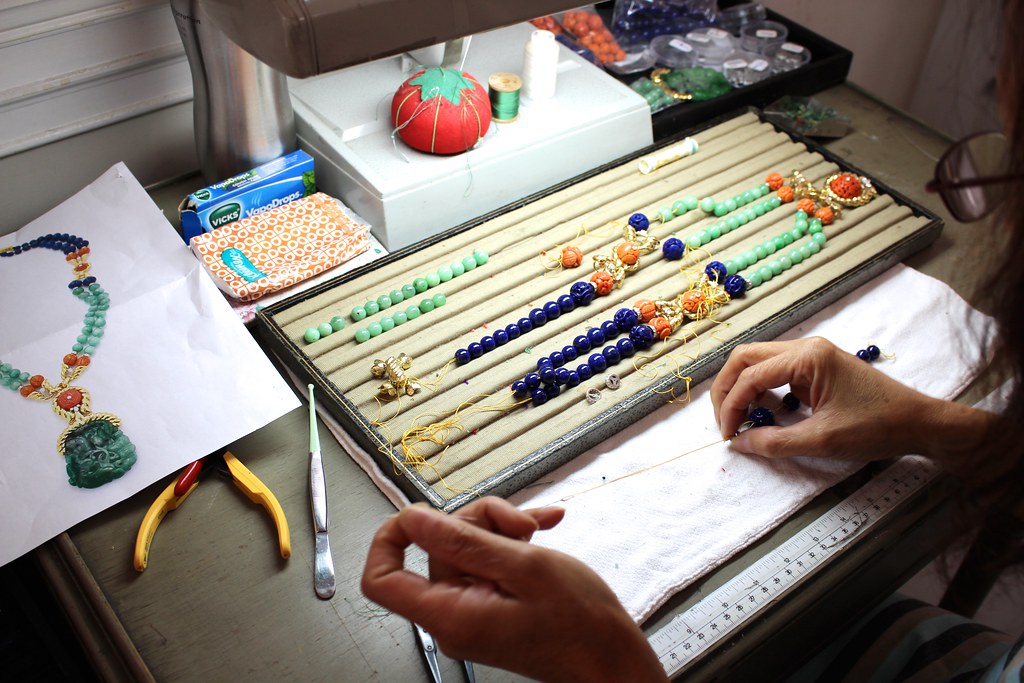 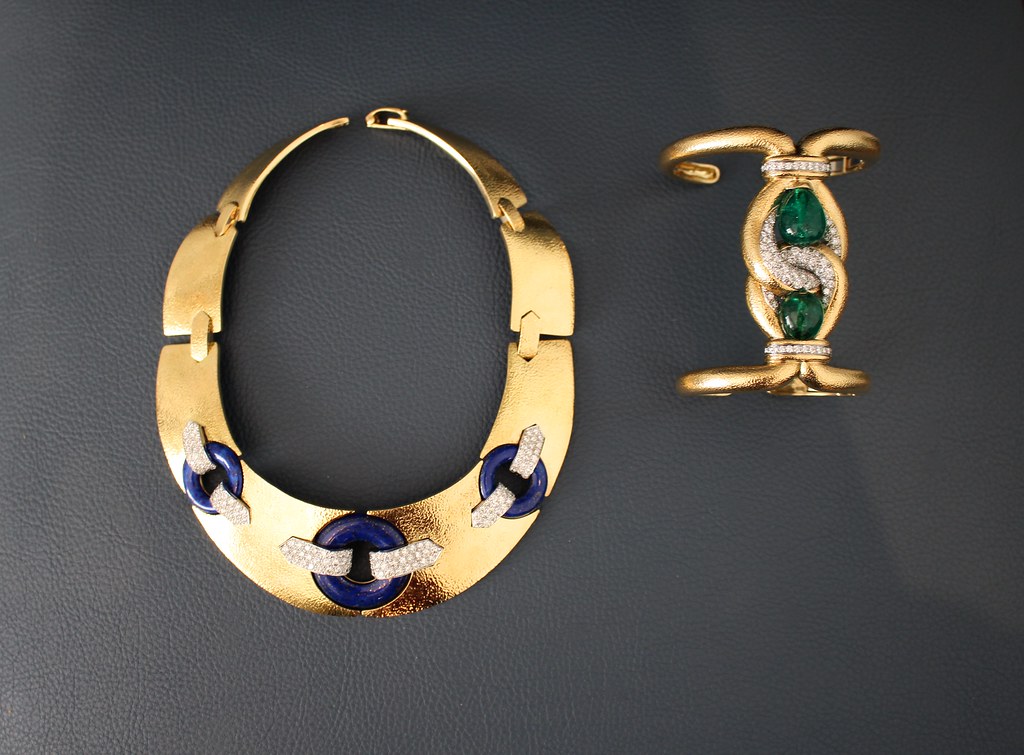 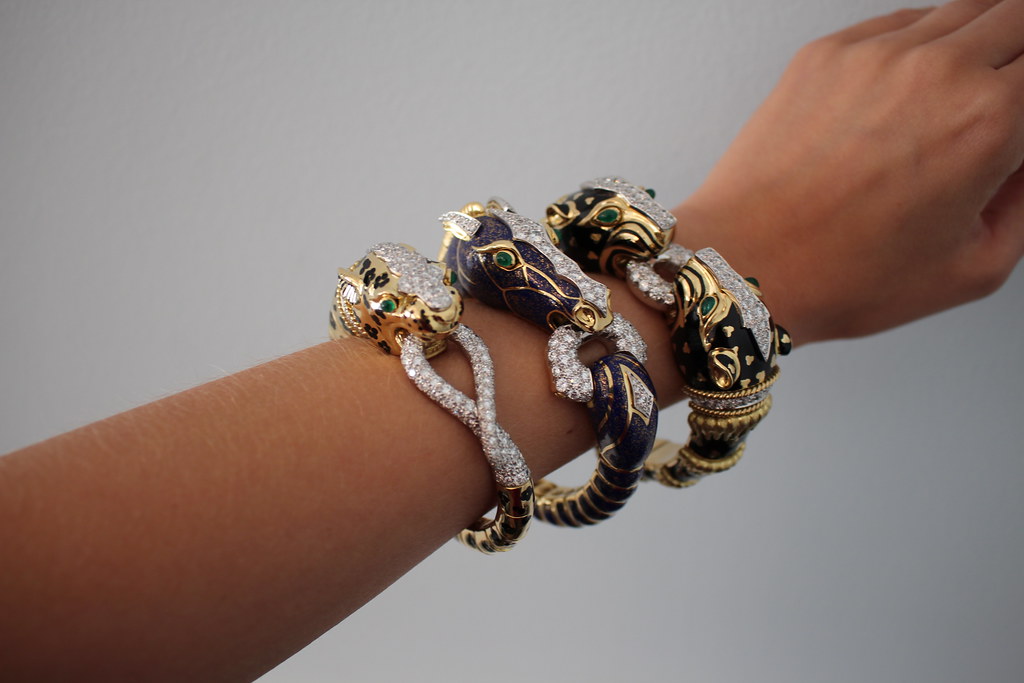 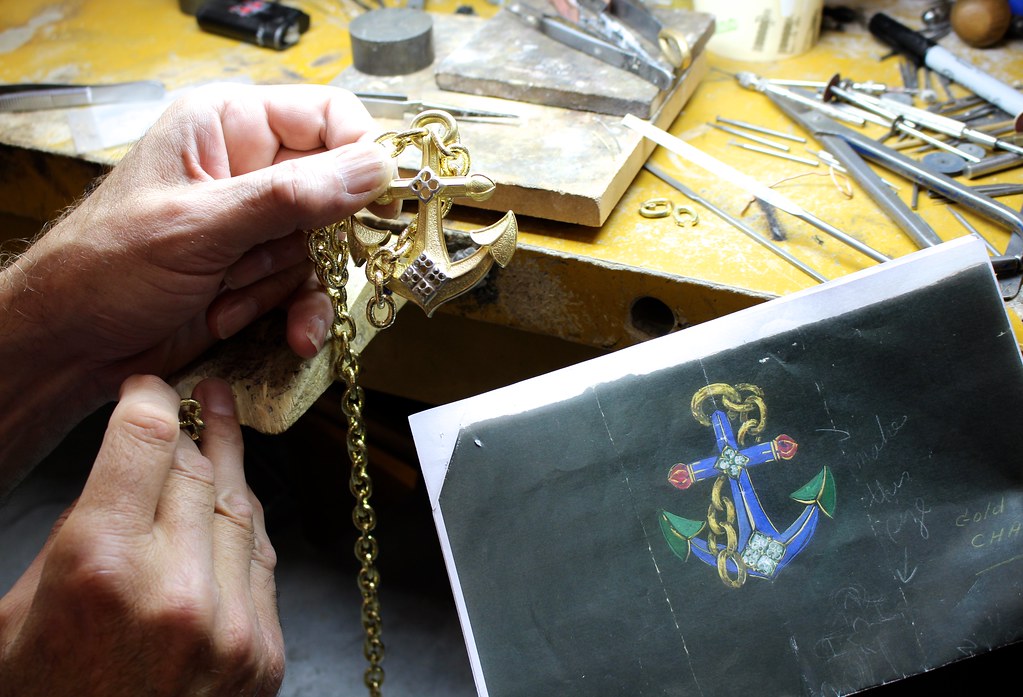 I confess I am still a NYC newbie. I’ve visited maybe four times and I get astonished looks every time I tell someone that, especially since I grew up in western New York. But with every visit, and even if these visits are less than 24 hours (like this one), I go all out.  This particular trip I made every bit count and squeezed in a stop at the iconic jewelry store and workshop of David Webb over on Madison Avenue, where I got a personal private tour from Levi Higgs, who runs their social media and works in the archives. Levi has been a good friend for a few years now, being featured on Gem Gossip in the past and even guest blogging from NYC’s antique shows for me. He is also a damn good photographer (he shot the photos seen here) and seriously needs a trophy of excellence for creating the beautiful content that is seen on David Webb’s social media platforms. He truly has an indescribable knack for beauty.

David Webb is one of the first people I think of if someone were to ask me to name the best, most iconic jewelers.  His name is synonymous to greatness, he defines American jewelry, and it is no wonder the subtitle to his 2013 released book is “The Quintessential American Jeweler.” This North Carolina-born master of creativity and talent has made a name for himself in the short time he was here on this Earth. I remember sitting in my very first jewelry conference back in 2010 up in Rhode Island and listening to Simon Teakle speak.  His lecture was called “Twelve Months of Change: The Ups & Downs of the Jewelry Market” and at the time he was the director of antique and estate jewelry for Betteridge Jewelers. As Mr. Teakle spoke, he could not have stressed how significant he felt David Webb’s designs are and how much of an investment piece each one truly is. His resonating quote from that lecture was, “Rarity and quality prevail,” and that day I first learned what it means to display such high quality and craftsmanship like a David Webb piece.  That lecture stuck with me and I always felt David Webb was in a category of its own from that day forward.

Who would have ever known, fast forward five years later and I would be visiting the flagship in NYC, where above the shop resides some of the most talented craftsmen in the jewelry industry. The David Webb workshop is unlike anything I’ve seen. New-world techniques collide with old-world traditions and designs, and each piece is made from start to finish right there on Madison Avenue. I got to meet Benjamin Ray (the man pictured with me wearing his polishing apron) who is a legend! He has been working at David Webb for 50 years, where he first landed the job back in 1965 at the young age of 21! He has been a part of the company for such an extensive period, working both before and after Webb’s passing, and has polished many famous pieces throughout the years–like Elizabeth Taylor’s David Webb collection, pieces worn by stars, celebrities and fashionistas. I could immediately tell that he takes great pride in what he does just based on his beaming smile he was flashing, sitting behind the polishing machine. The stories he could probably tell!  I wished I had more time with this visit.

Onto the Archives room, where over 40,000 drawings and records call home.  The files are endless and I could seriously get lost for days on end. I got to take a peek into the Taylor-Burton file, like it was an ordinary thing to do, but now that I’m home and I think back I cannot believe the opportunity.  Elizabeth Taylor’s extraordinary double-headed lion pearl necklace rendering?? YES.  I saw it right before my very own eyes. Elizabeth Taylor and her husband Richard Burton commissioned David Webb to make this necklace in 1965. The star wore it in her film Ash Wednesday, and it was also featured on the cover of her book, Elizabeth Taylor: My Love Affair with Jewelry. How incredible?! Seeing the amount of drawings that were stored here made me realize how phenomenal and passionate David Webb was. It is so tragic that he passed away in 1975 but left behind a legacy that has made a huge impact on the world of jewelry and many others.  What a special day to spend at David Webb! 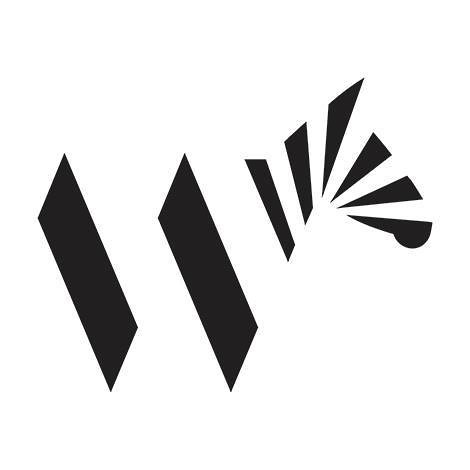 To read and learn more about David Webb, purchase this “Must-Have” Jewelry book: