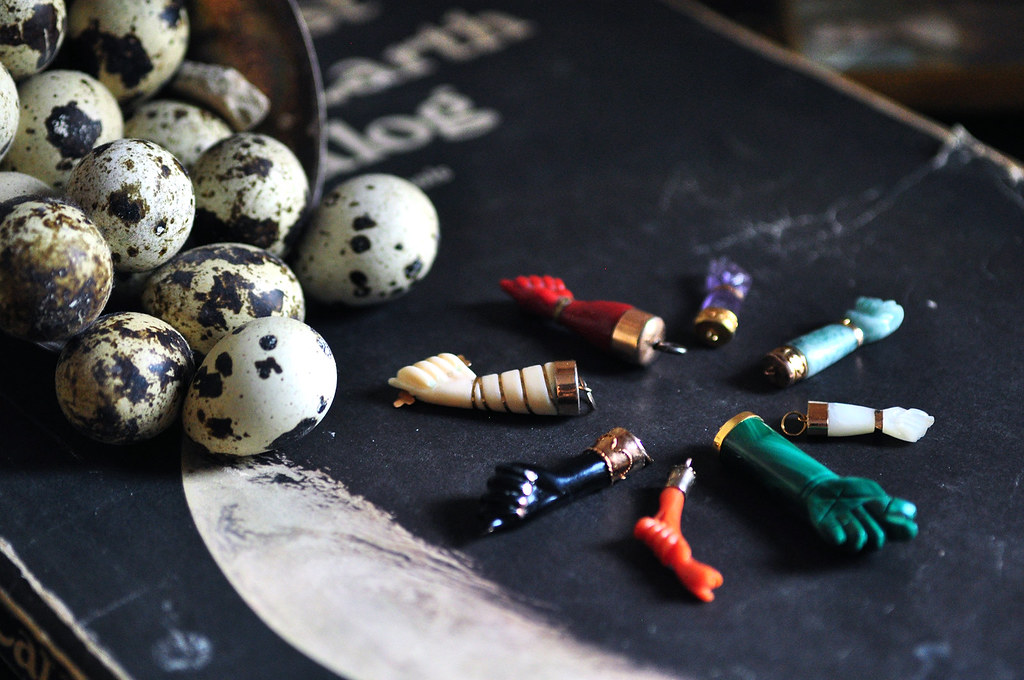 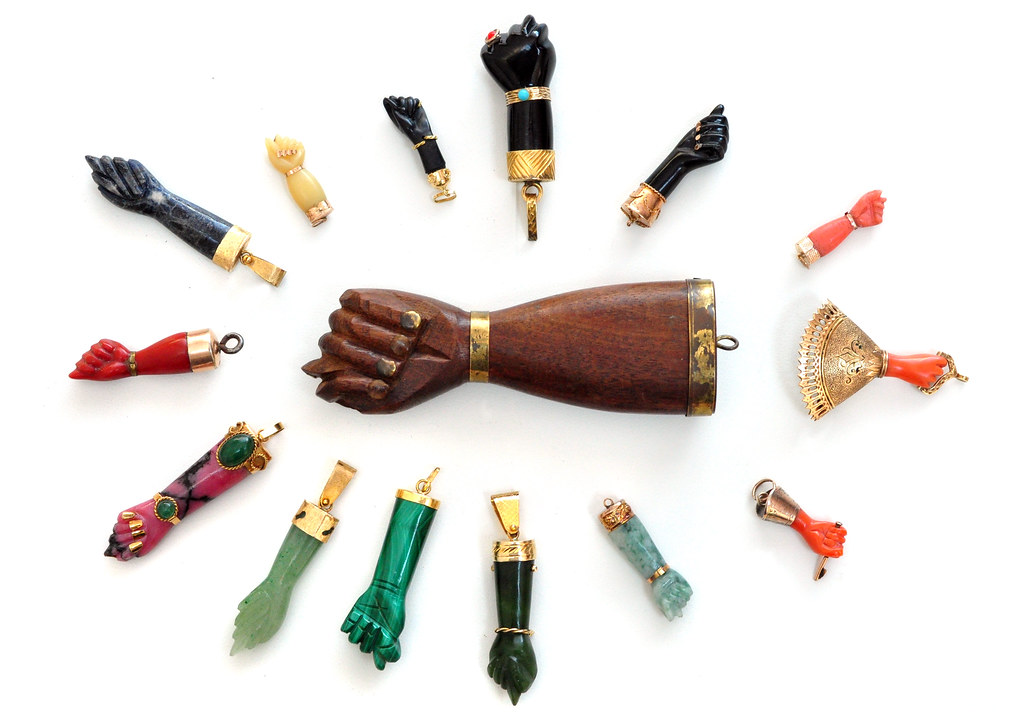 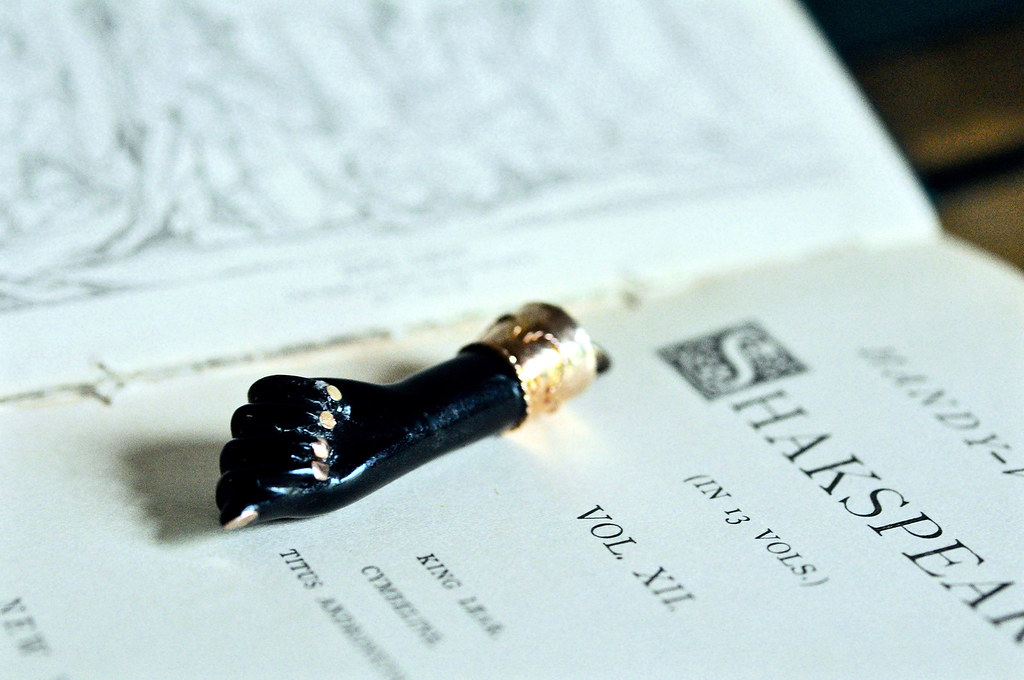 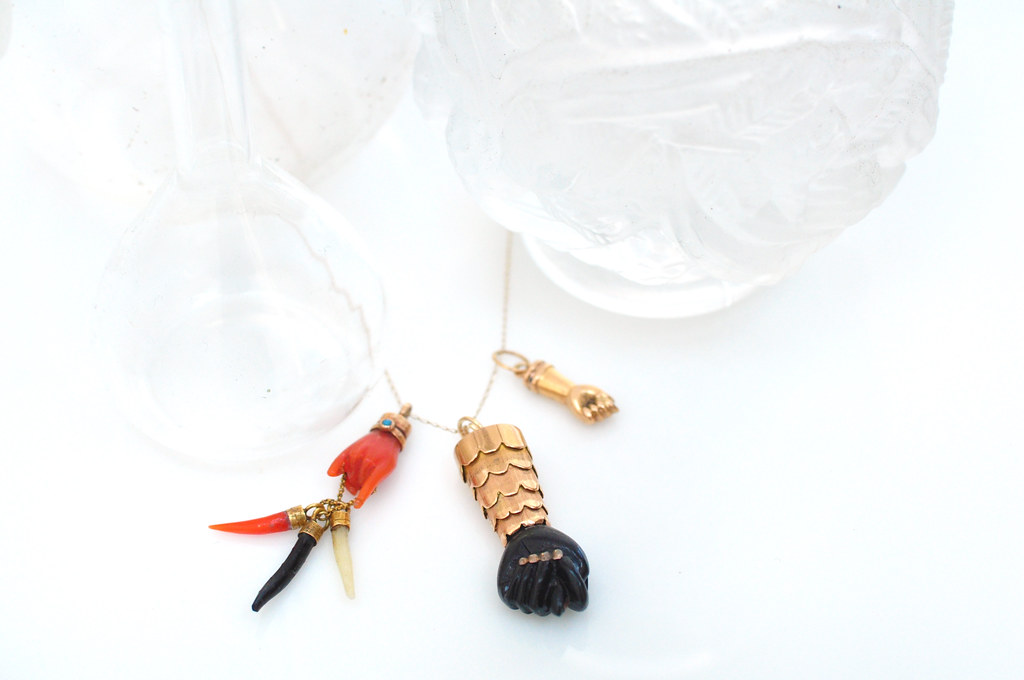 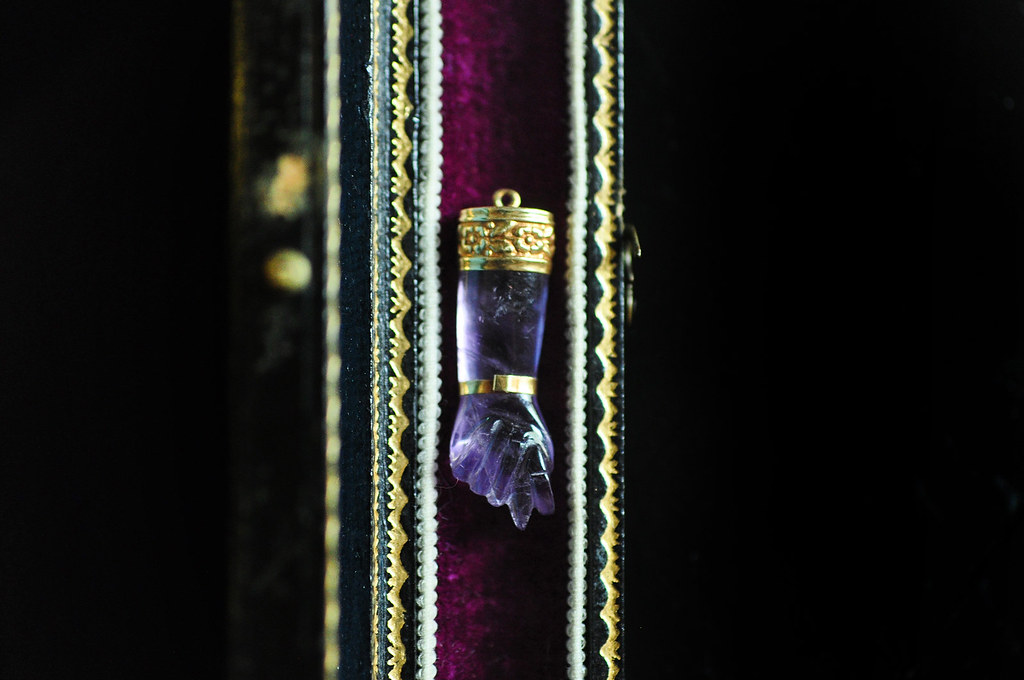 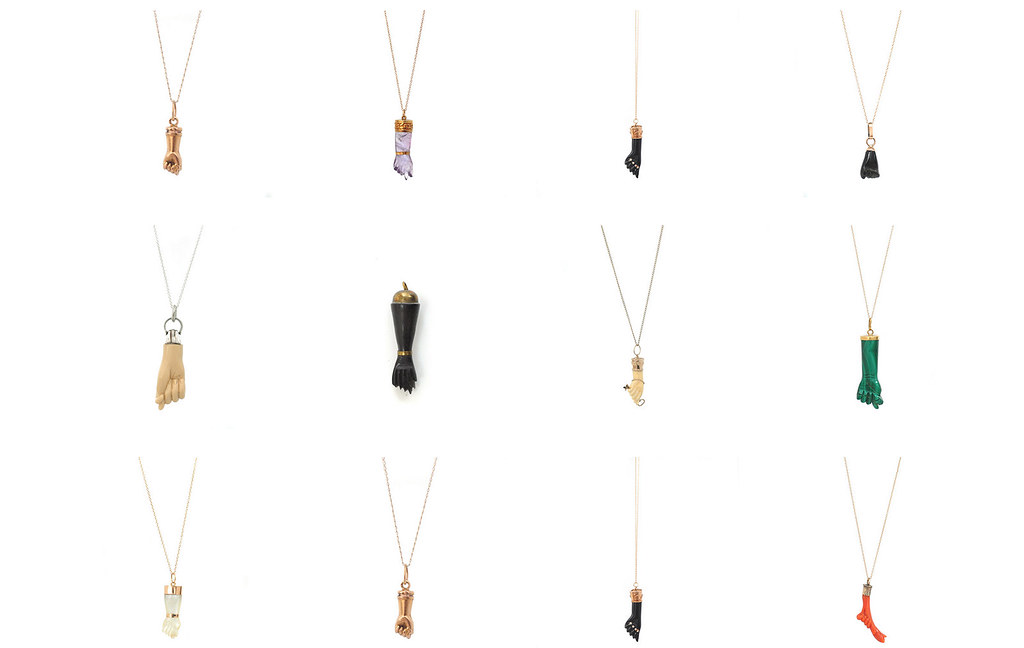 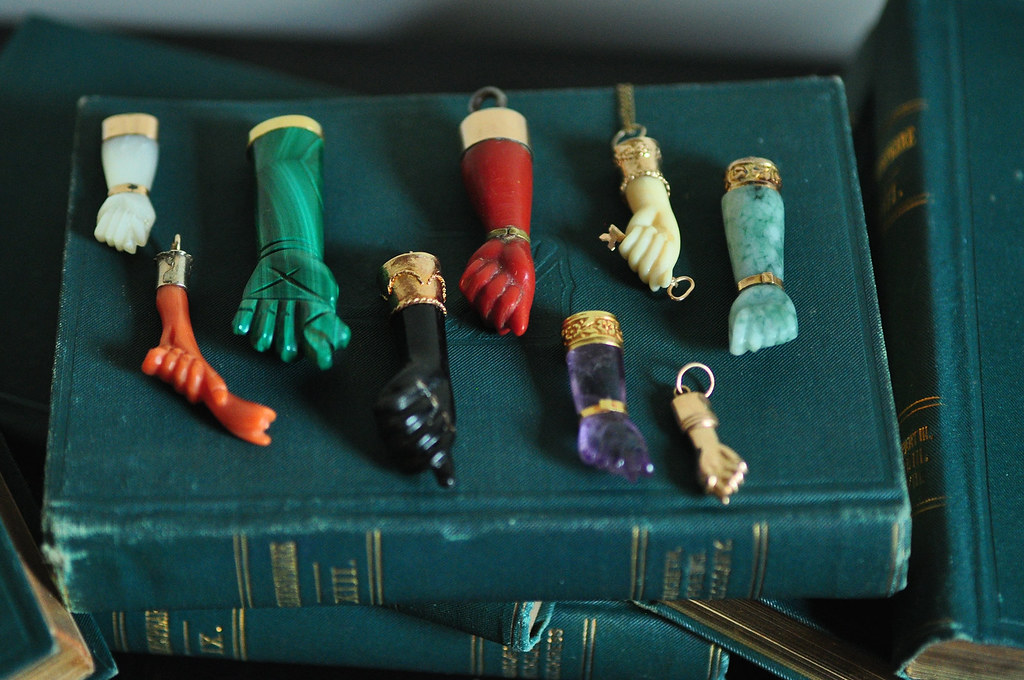 The Figa–rich in history and quite elusive to some. What does it mean? And where did the talisman originate? I was mesmerized by a collection which has been in the making for years–that of Ariana Boussard-Reifel, owner of Marteau (formerly Mode Marteau) who has a penchant for vintage and antique anything, but especially jewelry.  I had to know more about her collection and asked for her expertise on the topic of the Figa, so she has put together a wonderful blog post for us. Be sure to check out her newly launched website, Marteau.

“I am a collector first and I choose my conquest second. The act of collecting, more than the act of possessing is what enchants me. It’s all about the thrill of the hunt, the seeking and the vanquishing. Unlike some whose collections are focused, I devour jewelry that spans time and space. In this way all of history is exposed by the process of searching. Right now, I’m steadily pillaging the world’s supply of antique Mano Figas.

The first one I saw immediately captivated me. It reminded me of Rodin sculptures and Gabriella Kiss earrings. In appearance, it was both beautiful and macabre, clearly showing the labor of its maker in the finely articulated fingers. But it is the story and symbolism that made me a devout collector.

The gesture of the thumb protruded between the pointer finger and middle finger has a variety of different meanings dating back nearly 8,000 years. In Central Asia where the term for it is rosehip, it is an obscene gesture not unlike the middle finger. It means sex in Japan, the number 5 to the Maasai, the letter ‘T’ in American Sign Language, and ‘got your nose’ to every 4-year-old I’ve ever encountered.

But the specific symbolism that gave rise to the charm that we refer to as a Mano Figa originates in Etruscan Italy. Mano means hand and Figa means fig, a slang term for female genitalia. The gesture is undeniably a reference to heterosexual sex. In ancient times it was worn as an incantation to The Goddess, a call for fertility, virility and good times (the fig also has close ties to Bacchus). They were traditionally made of silver or blood coral, sacred elements for Luna, the goddess of the moon and Venus, the goddess of the sea, respectively.

Through time and colonization, the symbol crossed the oceans with Christianity, and beginning in the early 17th century figas began to be produced in South America. Now they are commonly worn throughout Brazil and Peru as a symbol of protection against the evil eye. The obscenity of the gesture is said to distract Satan from his conquest for your soul. Because of the close ties to femininity and motherhood it is traditional in Brazil to tie a tiny black figa to a child’s wrist to ward off bad luck.

For all the richness and history of the mano figa, I can’t help but love them large and small, fine and primitive. Because the gesture carries such breadth of meaning it’s easy to imbue it with the significance you choose. I wear figas daily to feel a connection to my femininity, to represent my love of antiquity, and simply because they are always a good conversation starter.”