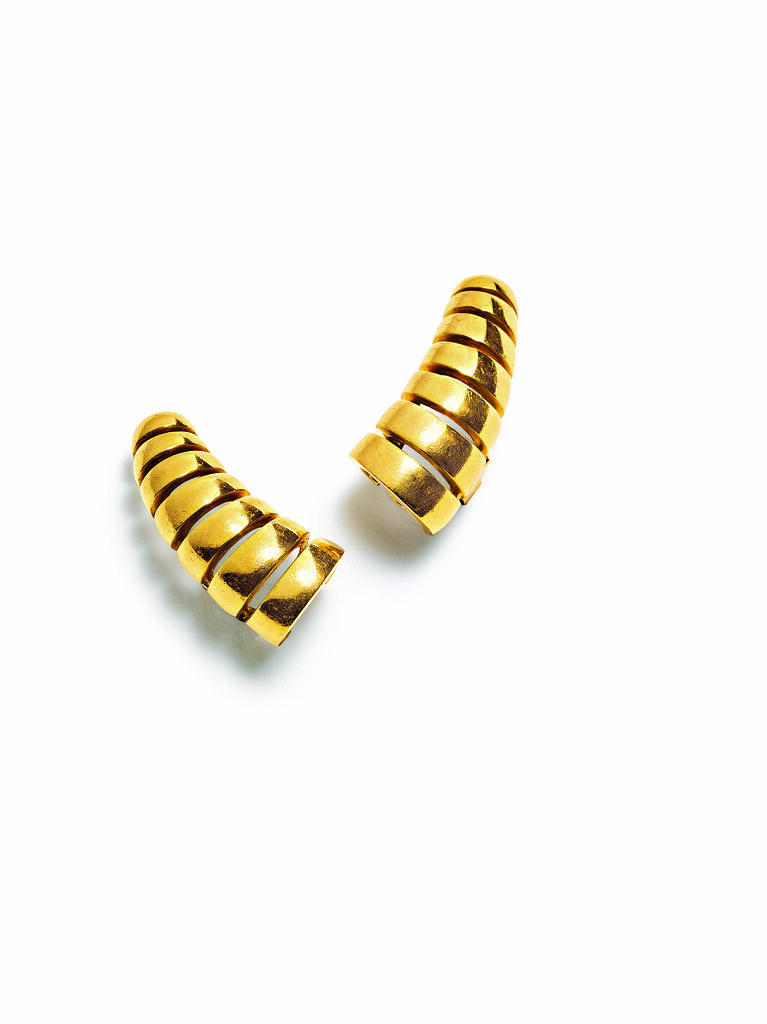 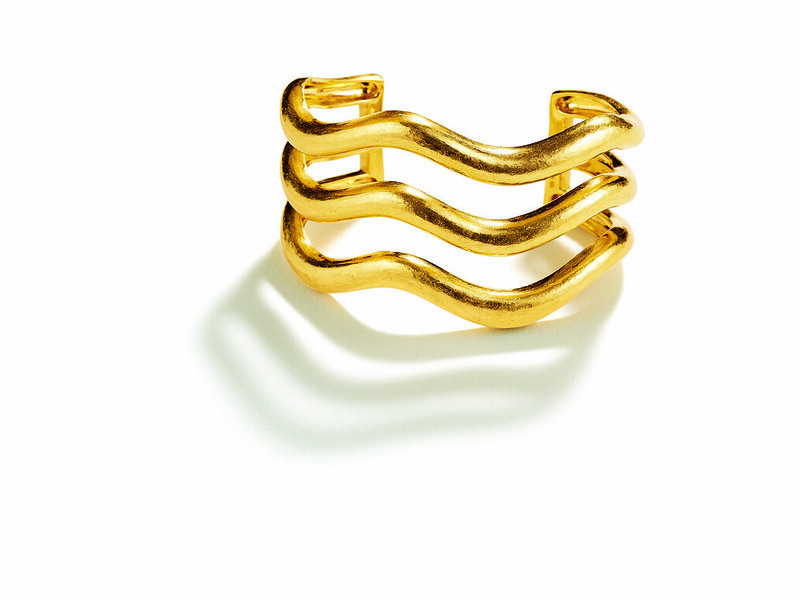 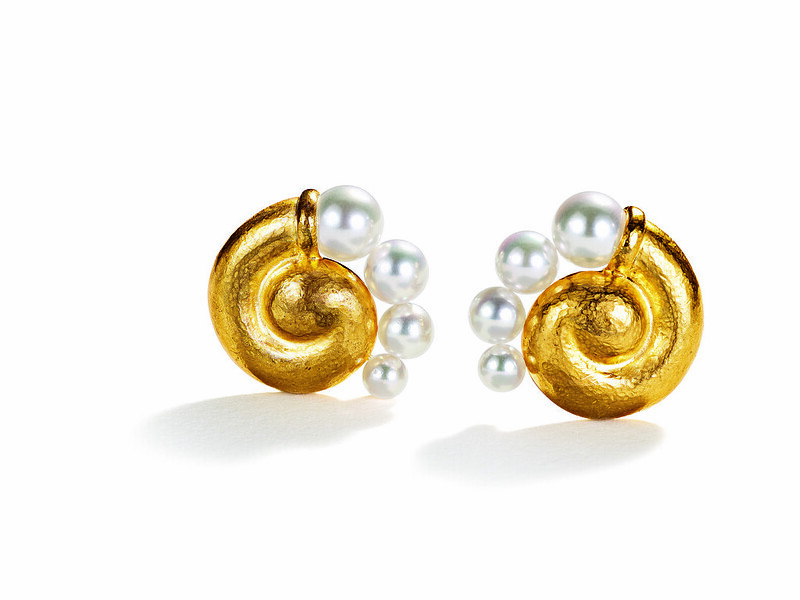 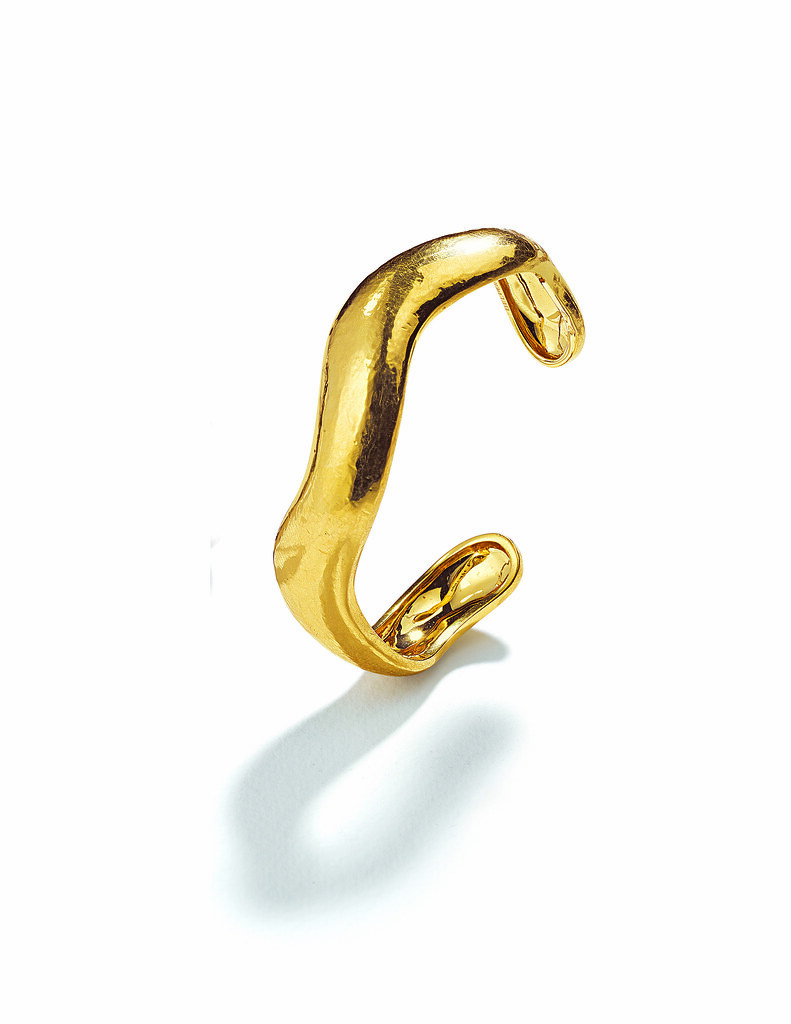 I look forward to receiving the holiday catalog from Belperron each and every year. It’s no secret that the work of such monumental talent continues to make record breaking sales at auction and her legacy grows stronger each day. Suzanne Belperron is quite the riveting subject, whether you know a little or a lot about her and/or her designs. The more you learn about her, the more you want to dig further. I’ve certainly been down this rabbit hole multiple times, and honestly should just get on a plane and visit their 5th Avenue boutique in NYC, but in the meantime I’ll continue to read more.

Upon receiving this year’s holiday catalog, I noticed the term Virgin Gold being used. I wondered what it meant and wanted to know more. Nico Landrigan, Belperron President, was able to answer my questions and inform my readers as well!  He says, “The Belperron collection includes a number of 22 karat gold pieces with a uniquely raw texture, what Belperron herself referred to as Virgin Gold. Belperron loved the buttery glow of pure gold; unfortunately, it was too soft to be used in most designs. Groëné et Darde (the workshop that Madame Belperron worked with) experimented with 22kt gold, a method of stiffening the pliable metal with an 18kt gold backing to produce a reinforced plaque. Hammering, chiseling and burnishing achieved the antique patina Belperron favored.”

There are many pieces that are currently made from the design house, taken directly from Belperron’s archives, that feature Virgin Gold. For example, the Triple Wave Cuff (one of my favorite pieces), can be finished in 22k Virgin Gold or 18k yellow gold. You can see the difference between the two based on their textured finishes — the 18k having a shiny, polished look and the 22k Virgin Gold looking as though it has been retrieved from an ancient tomb. As with anything Belperron created, her pieces were truly made for those who appreciated style and design.

If you’re in the NYC area, be sure to stop by the Belperron boutique which opened in October of 2015. The company was acquired in 1999 by Ward Landrigan who is now the owner of over 9200 archive drawings from Belperron. Ward and his son Nico, now President of Belperron, have been collecting original vintage pieces from Belperron since the early 90s, which are sold alongside of the newly made designs.