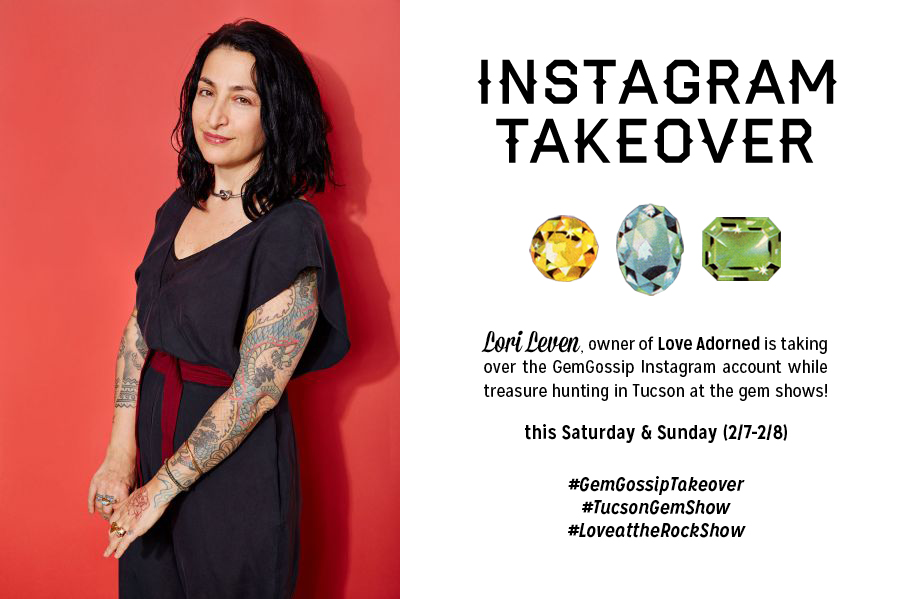 Did you miss the epic Instagram Takeover on my Instagram feed this past weekend?! If so, we’ve got you covered! Here is the recap of all that went down in Tucson, AZ when Lori Leven, owner of Love Adorned in NYC went gem hunting in the desert! 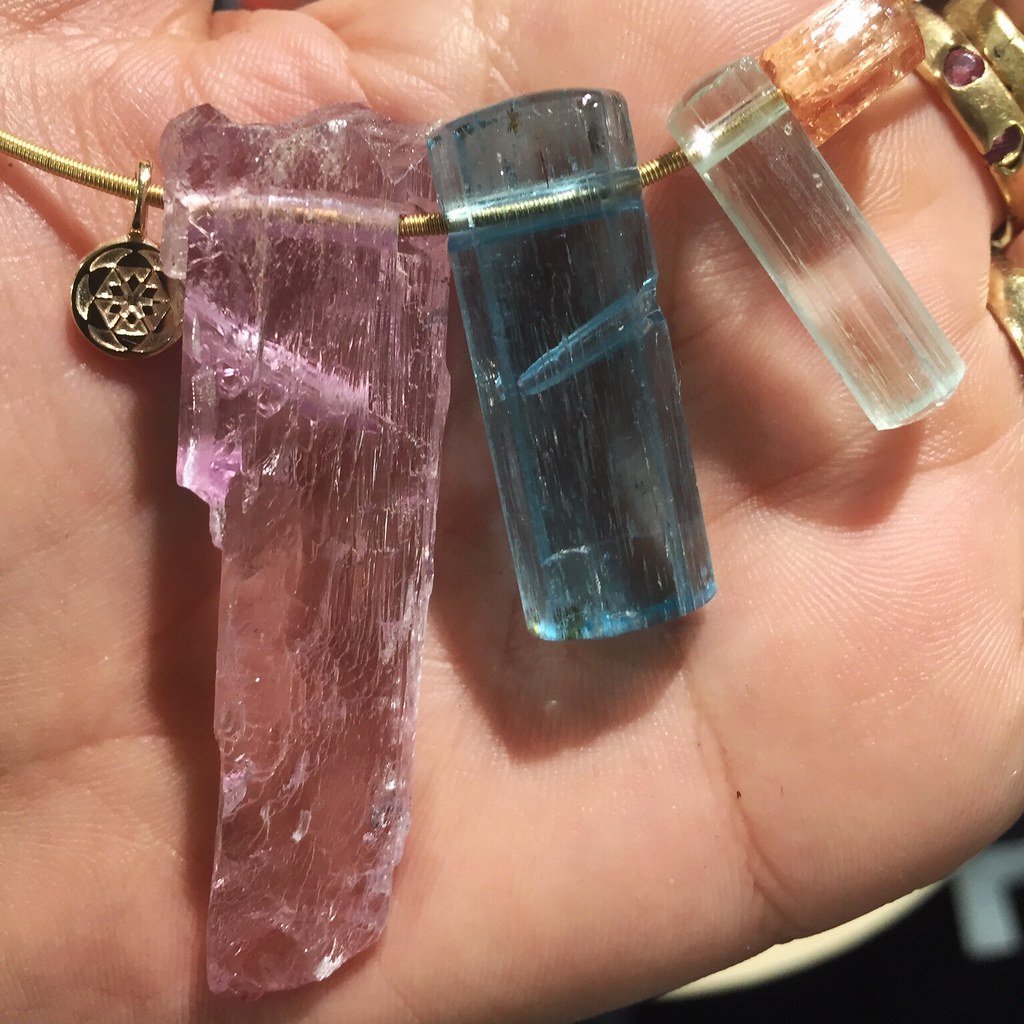 Hello from Tucson Gem Show! These rough stones, already beautiful enough on their own, are perfume holders called Aroma Jewels. They are made by the most wonderful, knowledgable husband and wife team. The met in high school when she came from Brazil as an exchange student and they have been traveling the world gem exploring for the last 40 years! They believe in using the purest form of their materials and often craft jewelry from stones they’ve mine in 24k gold. They go by the name of Natures Geometry. 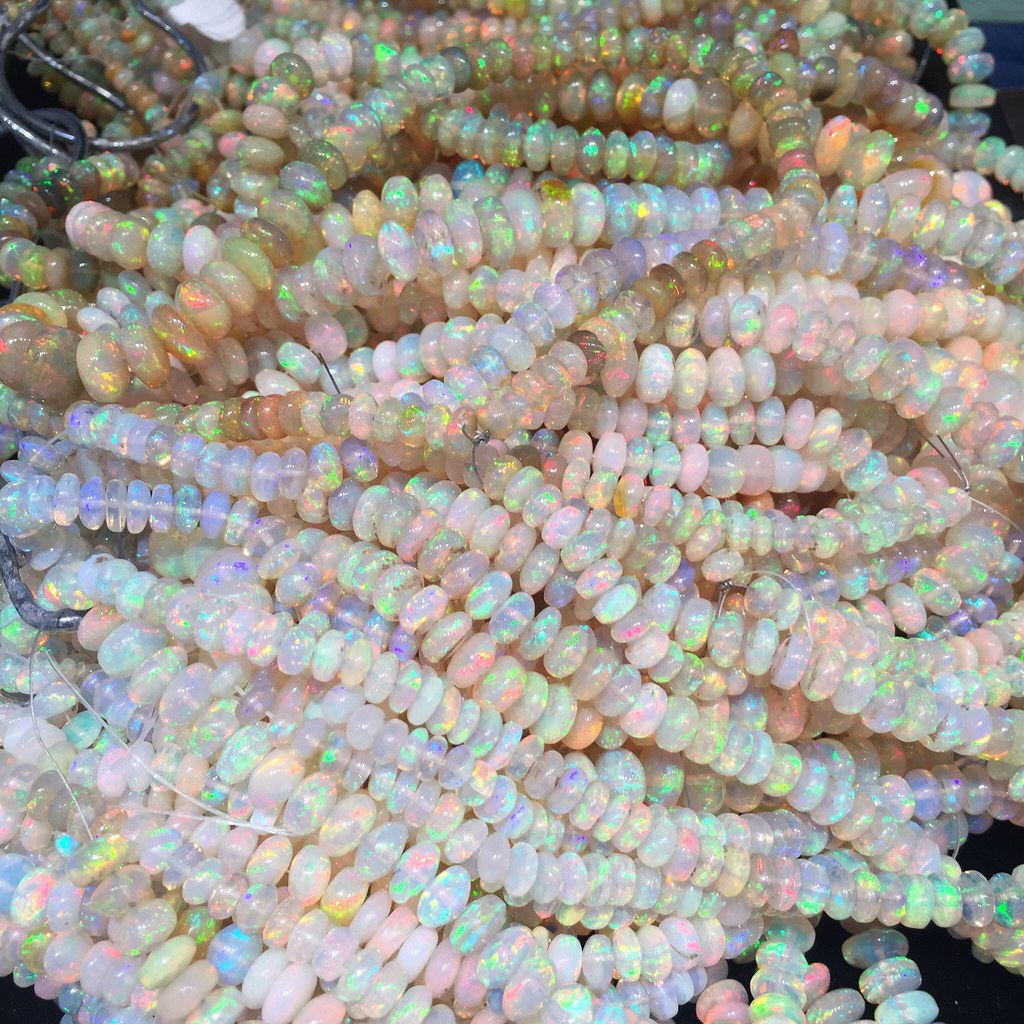 These beautiful Ethiopian opals differ from Australian opals in that Australian opals form in ancient sea beds and “Welo” opals originate from volcanic activity. Volcanic opals are also called hydroplane, meaning that they absorb water and change from opaque or semi-translucent to translucent or transparent, often making the color play disappear. Fortunately GIA tests show that wells will revert back to their original state once dried without any adverse reaction such as cracking. Even so, I wouldn’t wear them in the shower! 😉 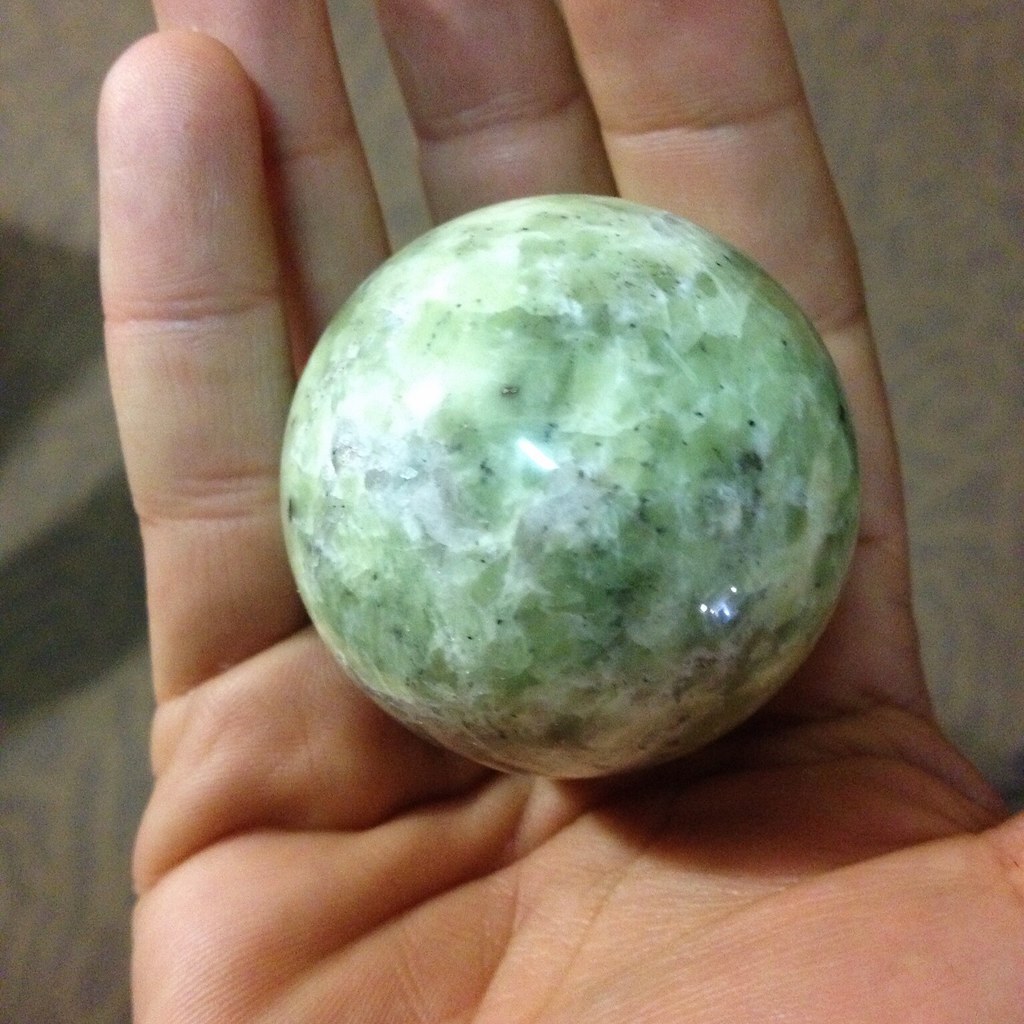 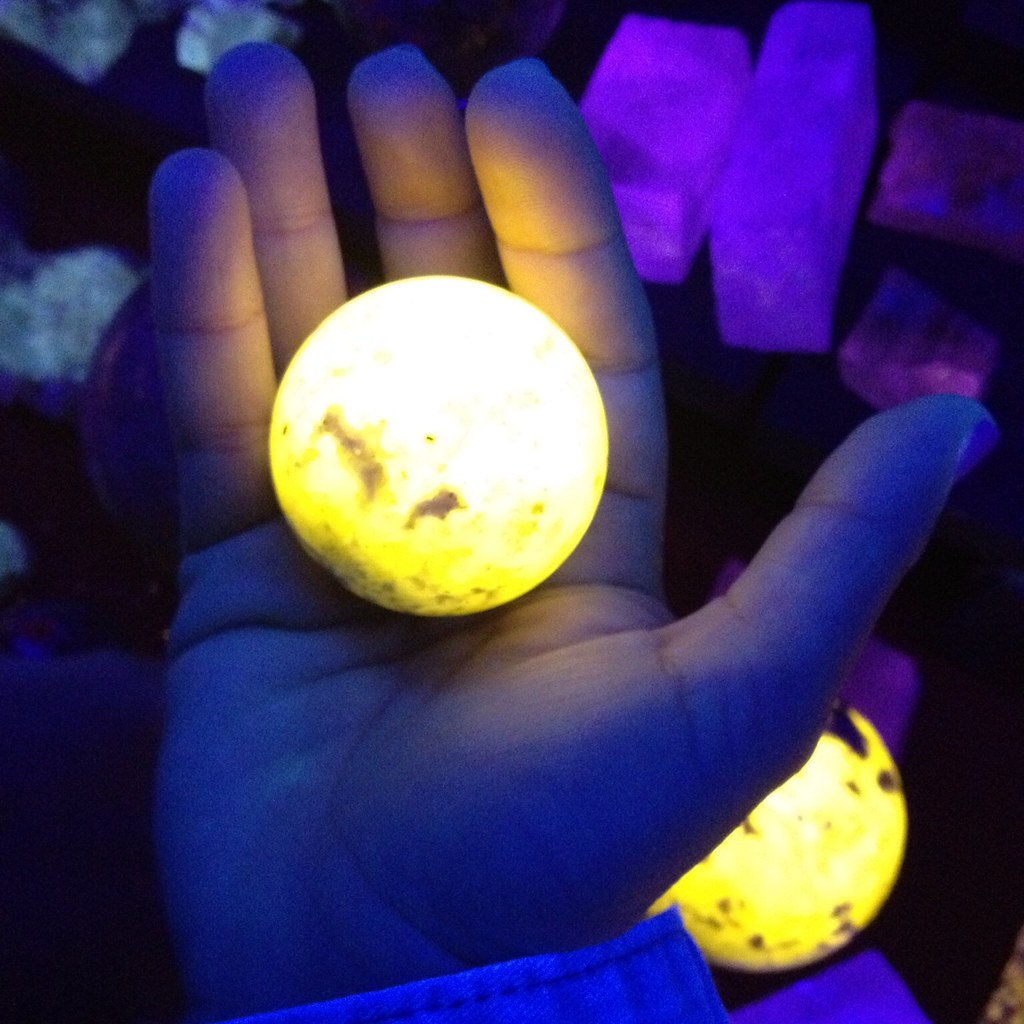 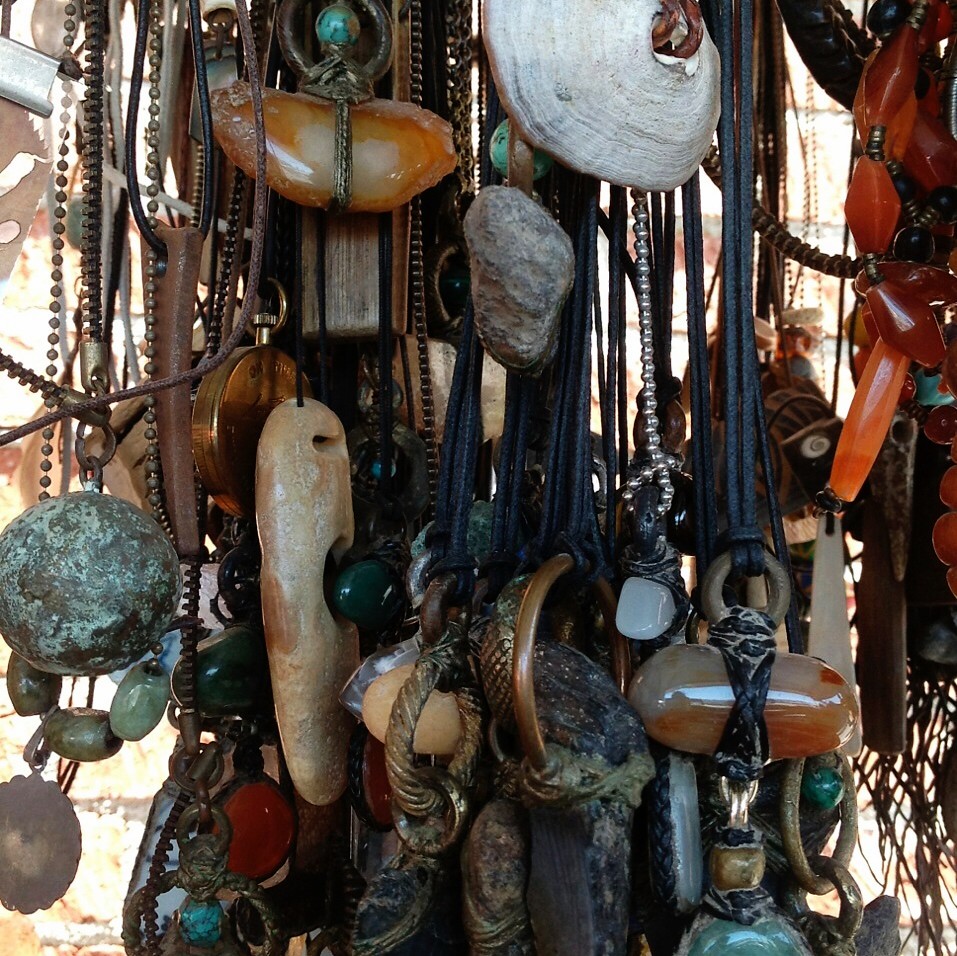 The legend of Lou Zeldis lives on through Liz Marx. A dear, long time friend of Lou’s who has tirelessly been cataloging Lou’s creations all the way back from his days of making jewelry in Peru in the 1970s. I met Lou in Bali in the early 90s and was immediately struck by how prolific of an artist and designer he was. Besides jewelry Lou made incredible textiles, basketry, furniture and art objects. He was a wonderful man and I know I’m not the only one who misses him… 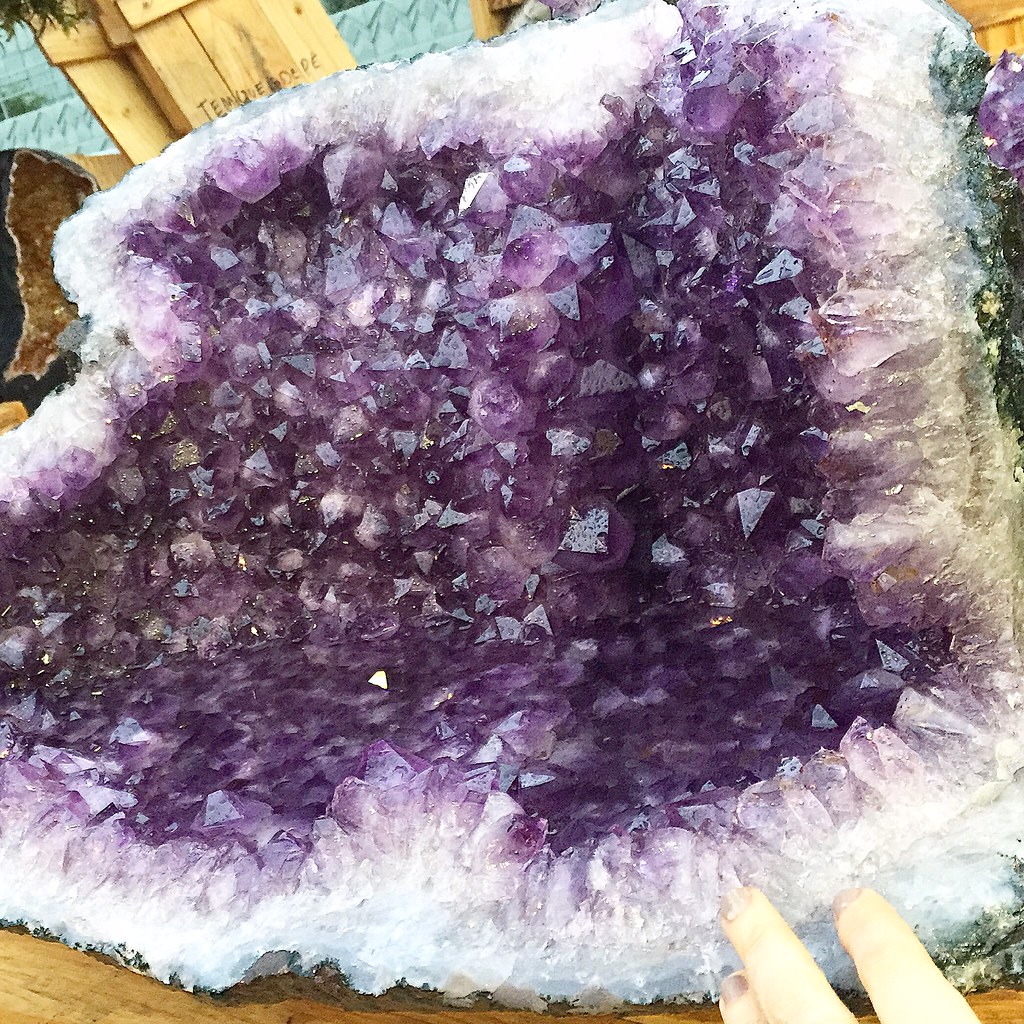 It rained HARD for the first two days of the show. Harder than most Tucsoners had ever seen. By the time the skies cleared and I made it out to the dirt (mud) fields where the larger than life amethyst geodes were, most of them had already been sold and loaded up on pallets to go to their new owners. So while I couldn’t stand straight up inside this particular geode, I still am in awe that this came out of the ground looking like a regular old rock until someone burst it open with a big hammer! 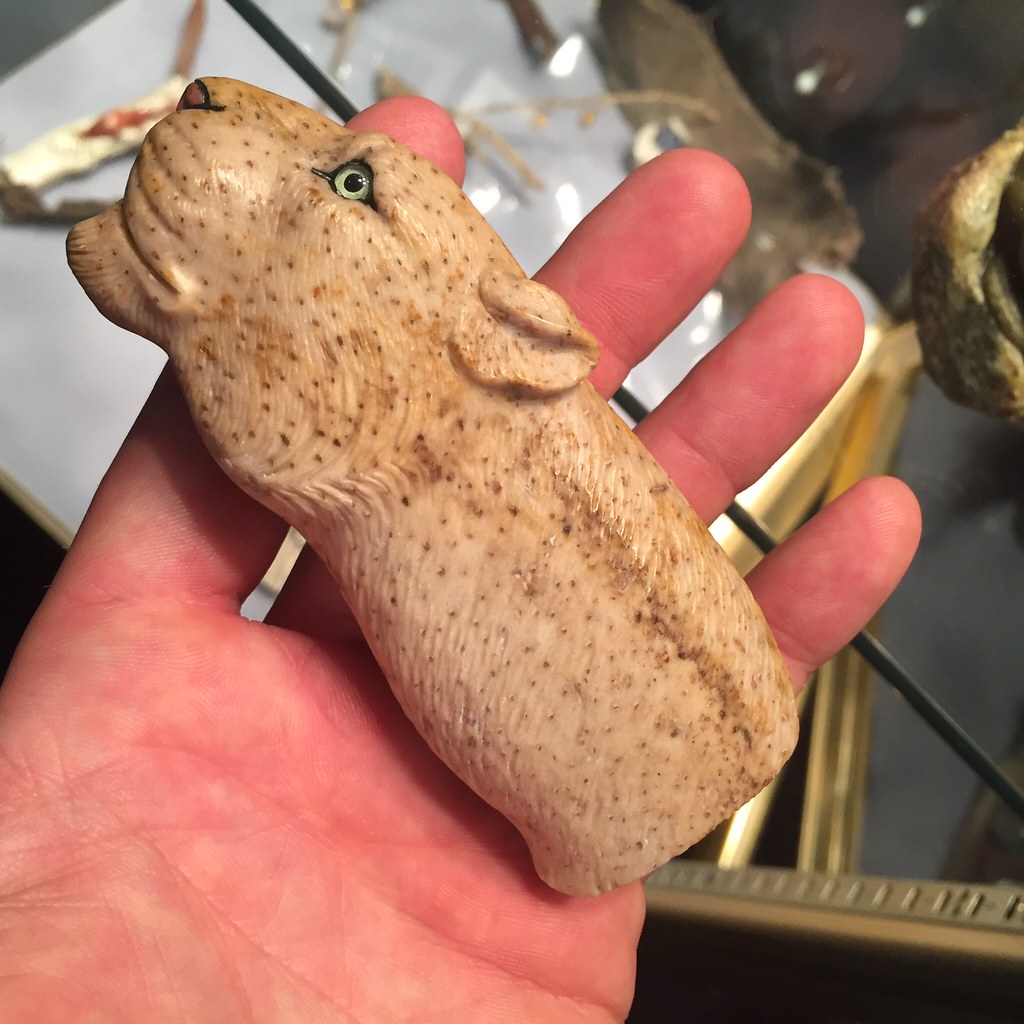 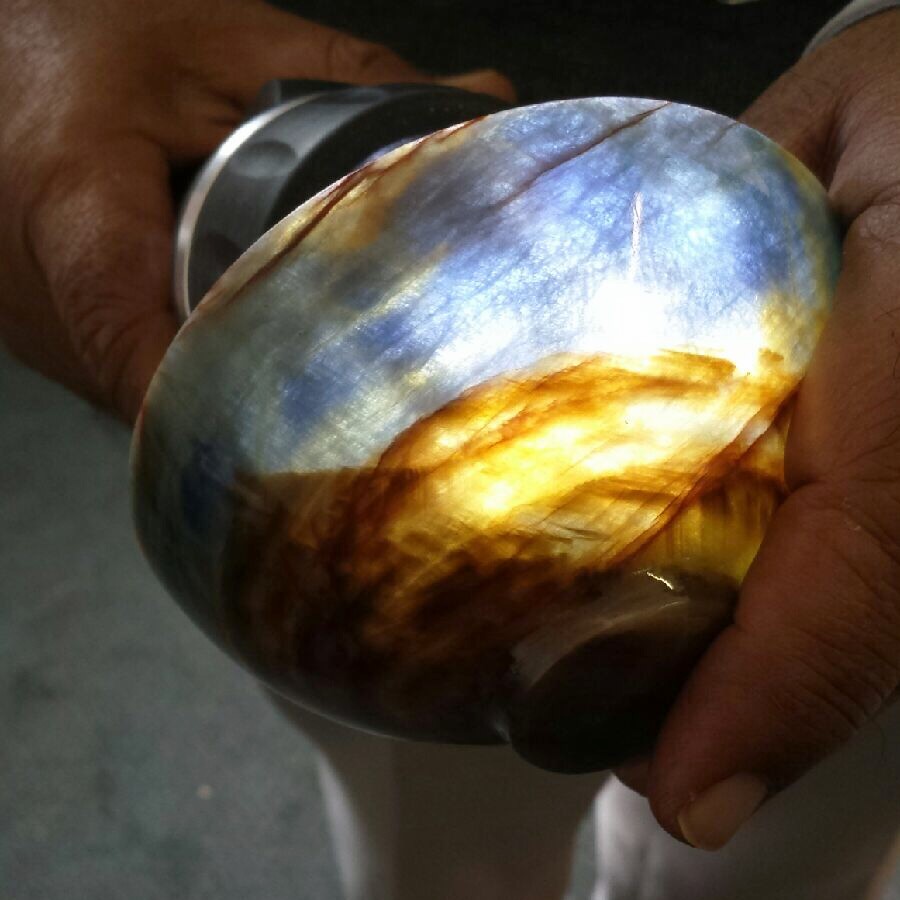 It took J Ranganatha Rao three years to develop his technique of turning gemstone bowls. They are so thin that they’re translucent and glow in the sunlight. This one is sapphire. 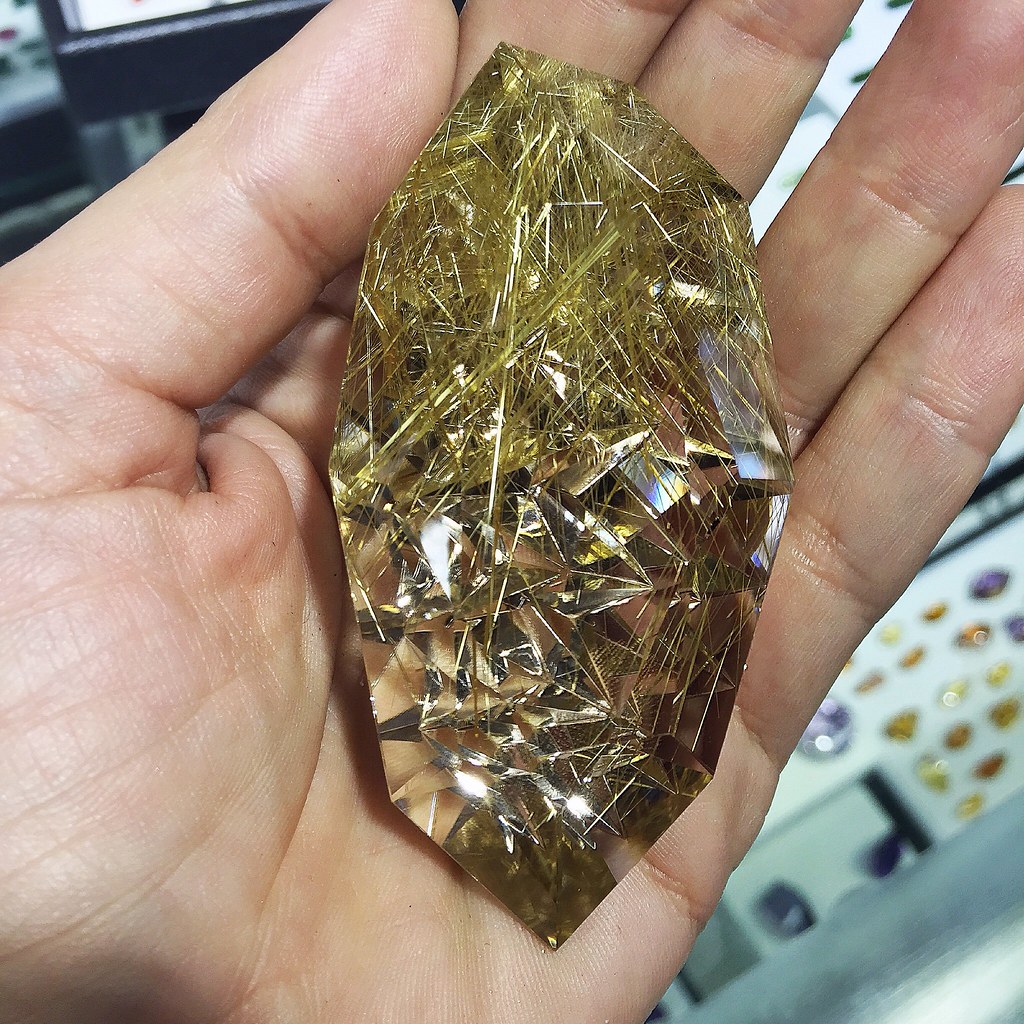 Idar-Oberstein is a small area in SW Germany where modern lapidary artists create some of the most interesting free form cuts in the world. This is an example of a large, most impressive rutilated quartz. 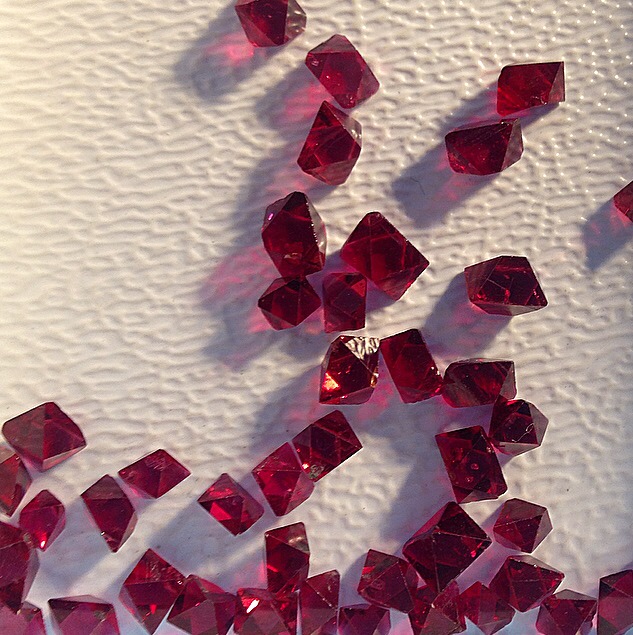 I met Katie Finn of Elizabeth Street Jewelry many years ago when she first started making jewelry. I can’t say that I know another jeweler that has the talent, drive and acumen that it takes to be the one woman show that she is. Last year we collaborated on a successful capsule collection of rings and this year’s collab should be even better. She found these sweet spinels in Tucson yesterday. Can’t wait to use them… 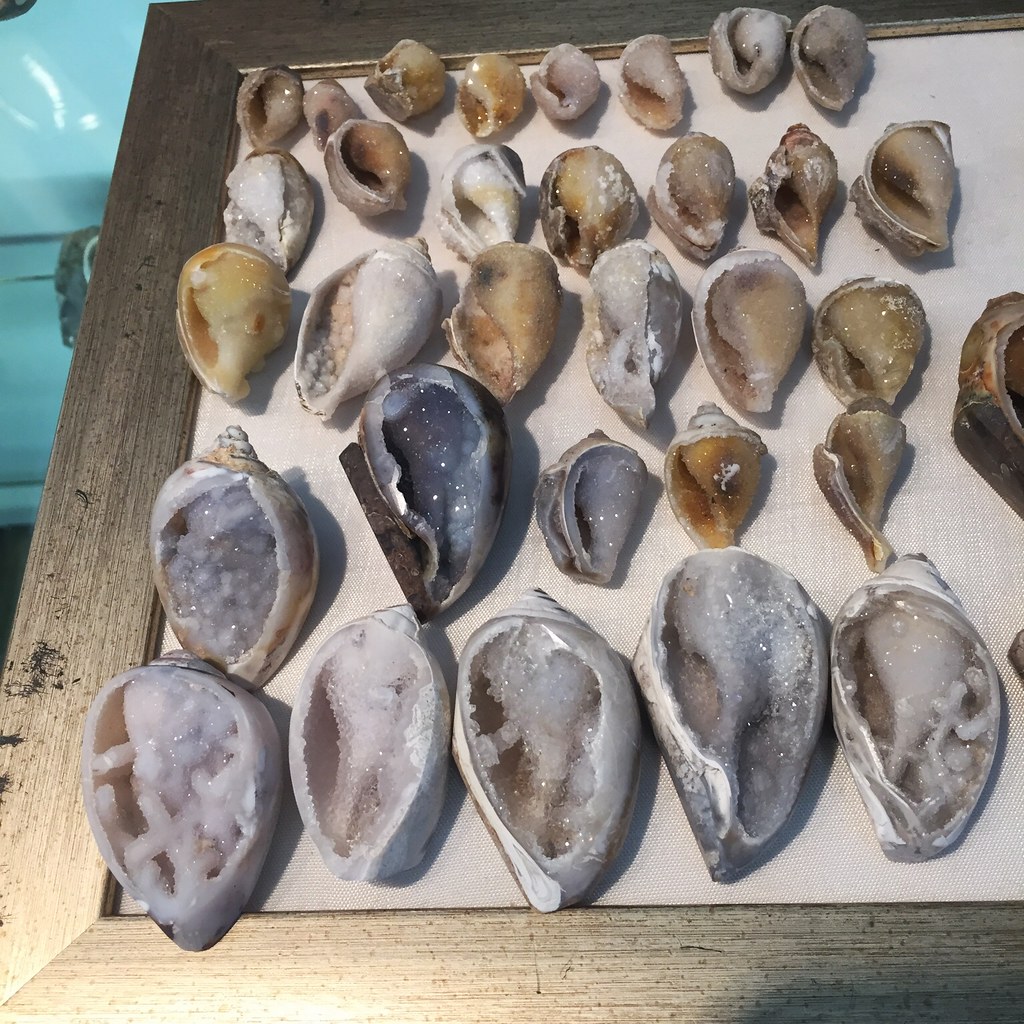 Incredible group of agatized druzy shells estimated to be over 100 million years old. In nature 95% of shells are right coiling. In Hindu and Buddhist tradition, left coiling shells hold great metaphysical powers. 100% of these shells are left coiling! Available soon at Love Adorned. 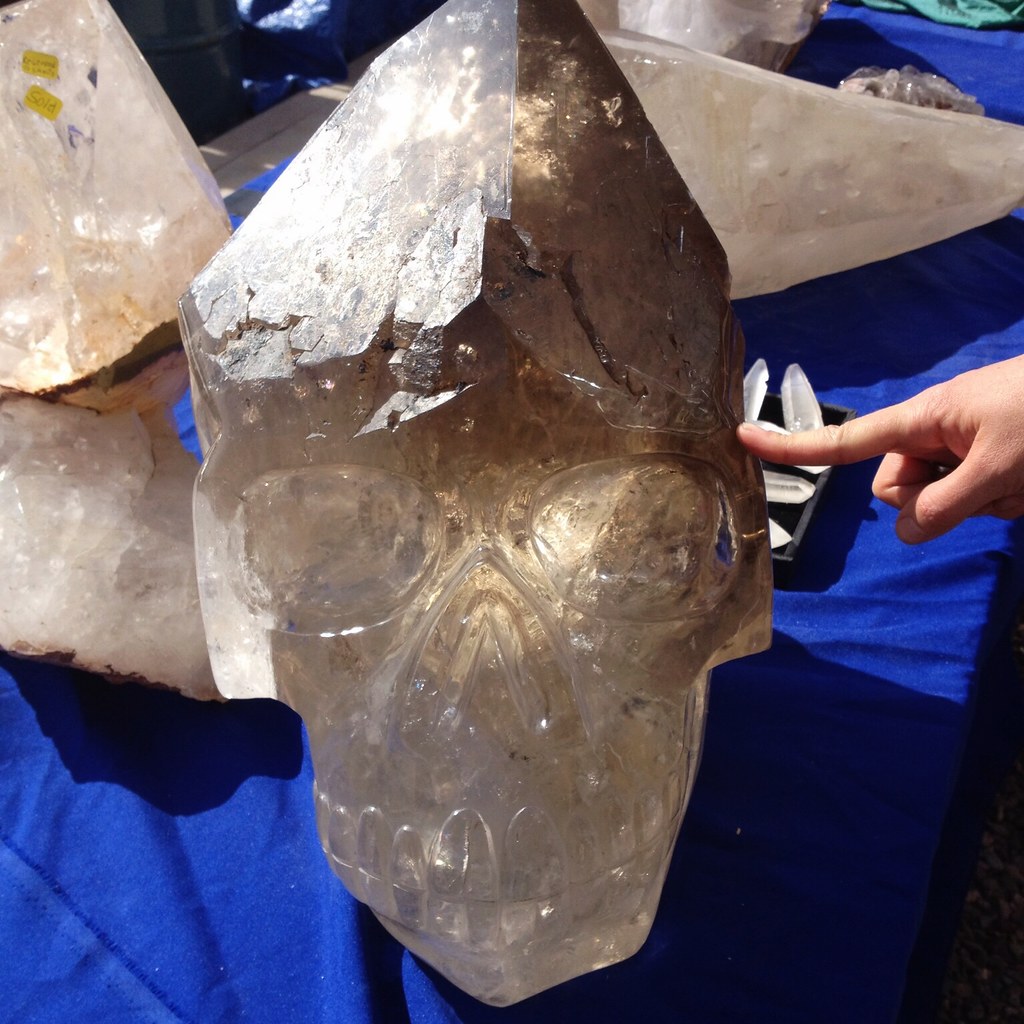 So I’ve gotten to thinking… 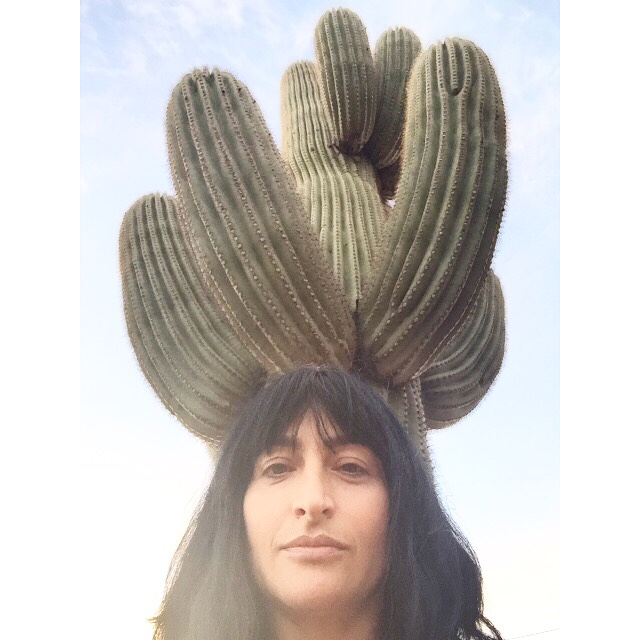 Over and out Tucson!! See you next year! Thanks Gem Gossip