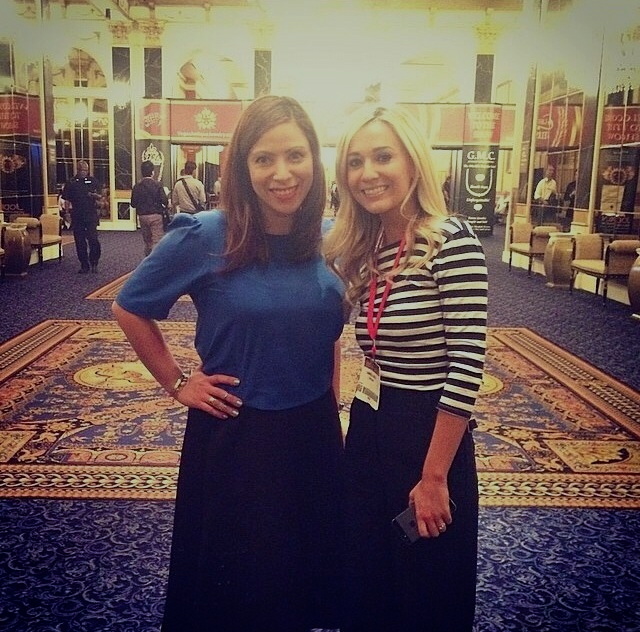 The 2014 Las Vegas Antique Jewelry Show was, as always, a pure delight!  The four-day tradeshow opened its doors this year to 25% more people on opening day in Las Vegas with their location at the Paris Hotel. With nearly 400 dealers set up, I was scouting out both gold jewelry throughout the ages as well as potential treasures for my jewelry box.  It was incredible to see such an array of time periods being represented at one show, so I set up a sort of scavenger hunt for myself–to find a piece of gold jewelry in each time period of fine jewelry.

It was interesting how this mission allowed for an impromptu history lesson of the use of gold in jewelry. Like why I couldn’t find too many pieces of gold jewelry during the 1920s? I did some research and found that a large deposit of platinum was found in the early 1920s.  That discovery, paired with the invention of a torch that allowed jewelers to heat up and melt platinum and make jewelry, led to a resurgence of platinum jewelry during the 1920s and 1930s.  Why were there so many gold pieces of jewelry during the 1940s? That period coincided with the beginning of World War II, where platinum was scarce and in some instances forbidden to be used in jewelry.

Let’s see how I did: 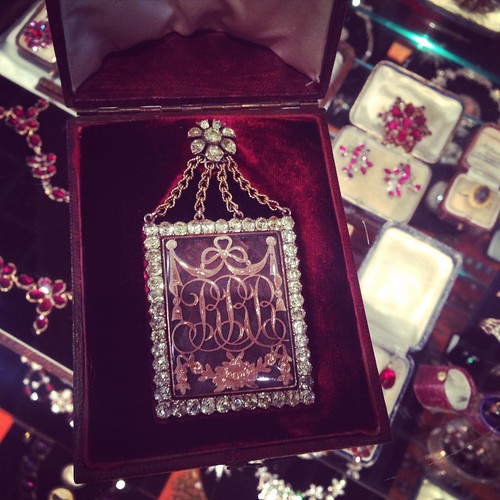 this amazing work of art is a brooch from the early 1800s, it has woven hair behind the hand-cut gold monogram and swags (from Lowther Antiques)

this is a great example of Georgian jewelry, with Topaz and Turquoise set in all gold in the shape of a plume of flowers and feathers (from Excalibur Jewelry) 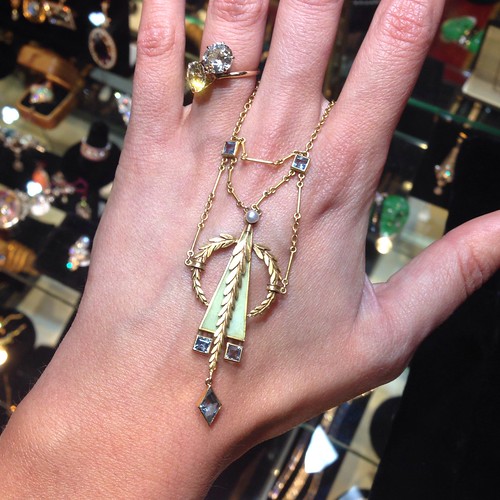 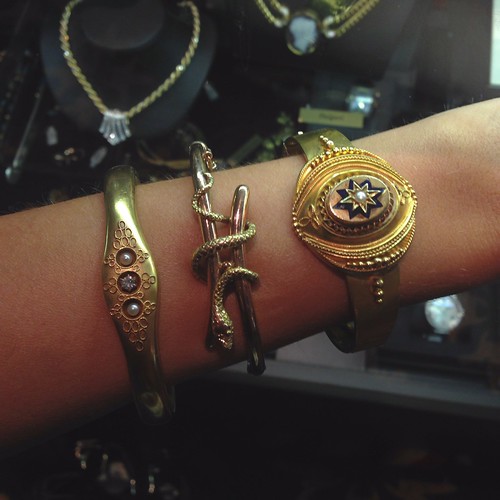 this necklace is circa 1915, it is 14k yellow gold and enamel in a Neo-Classical style

these bangles are gorgeous examples of the Victorian Era, late 1800s–the left two are 14k yellow gold and the far right is done in 18k gold–lots of typical Victorian themes, Etruscan revival and snakes! (from Levy’s Jewelry) 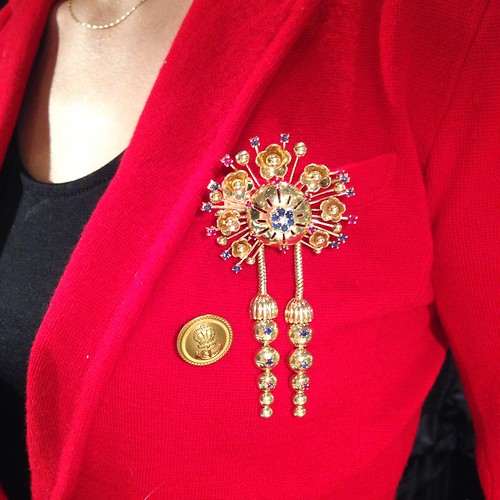 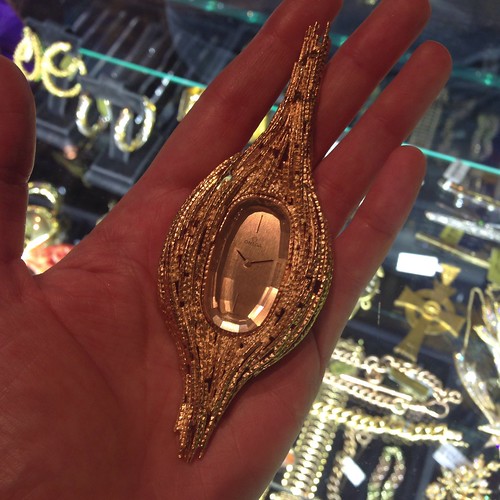 this brooch is totally 1940s, retro, with its sputnik-inspired style and set with rubies and sapphires–most jewelry from this era was either yellow or rose gold (from Mary Ann-tiques, photo courtesy of Sunny S. Bond Jewelry) 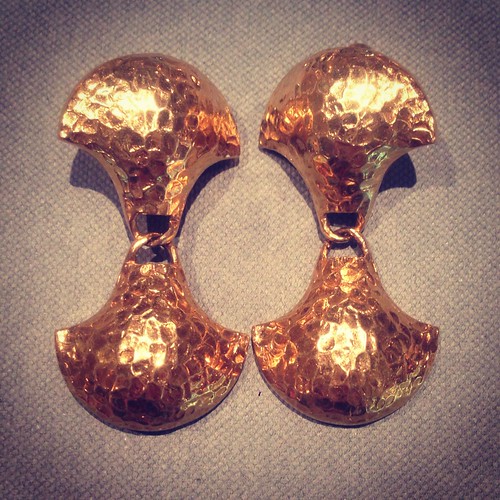 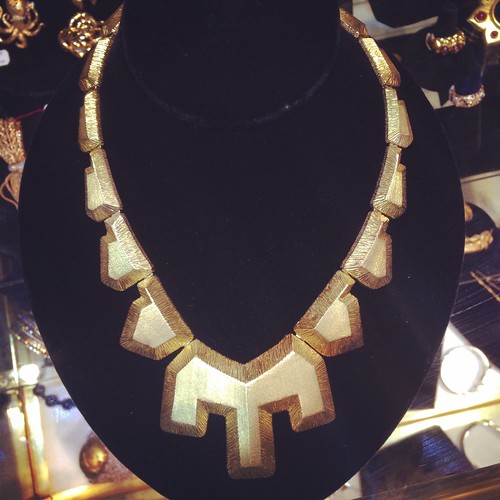 this 18k yellow gold necklace is designed by Mapamenos Natepas and is a great example of 1980s jewelry–this Greek designer became popular because Jacqueline Kennedy’s second husband was Greek and lavished her with Greek jewels!