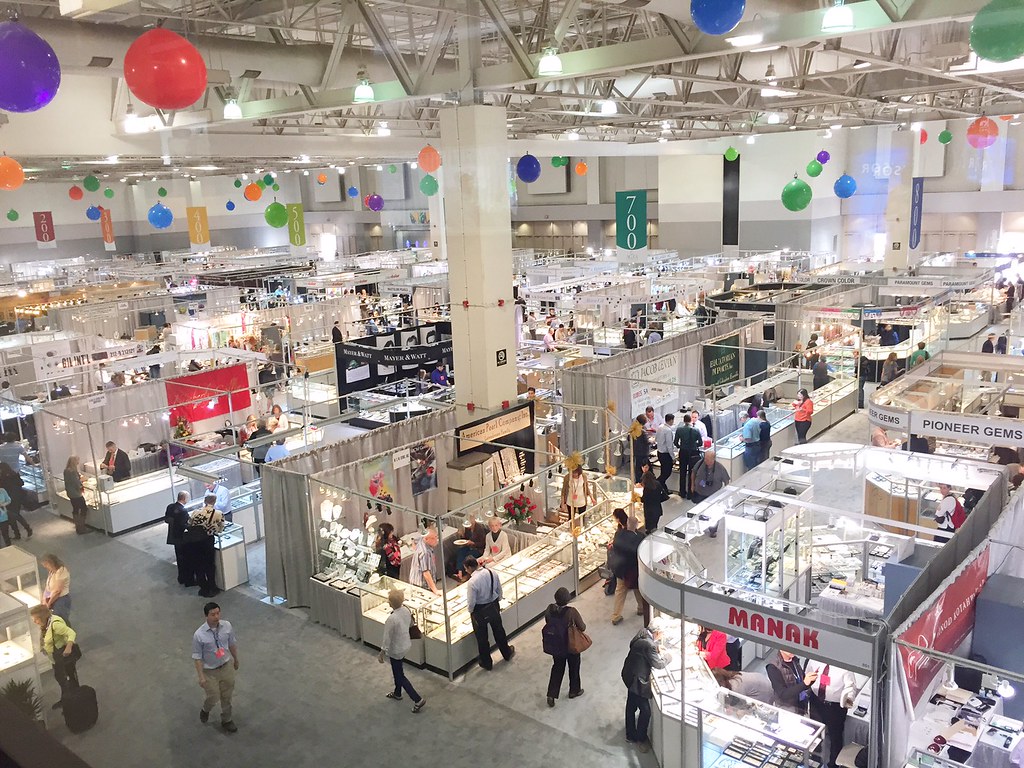 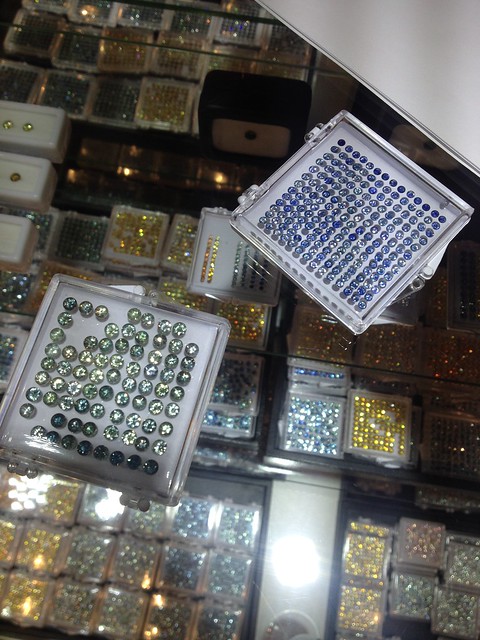 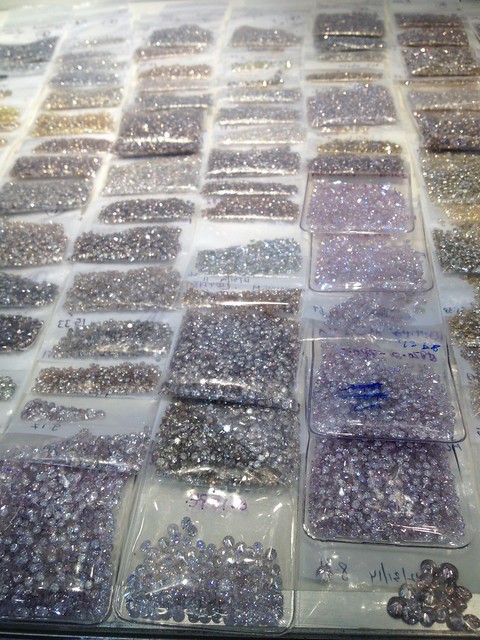 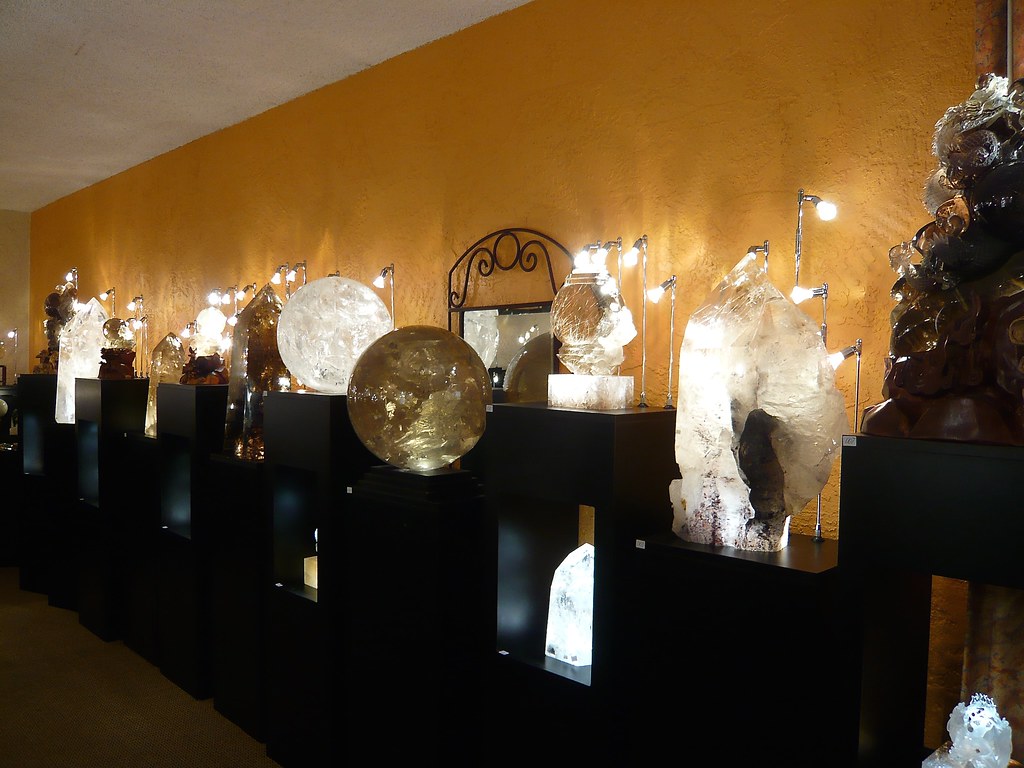 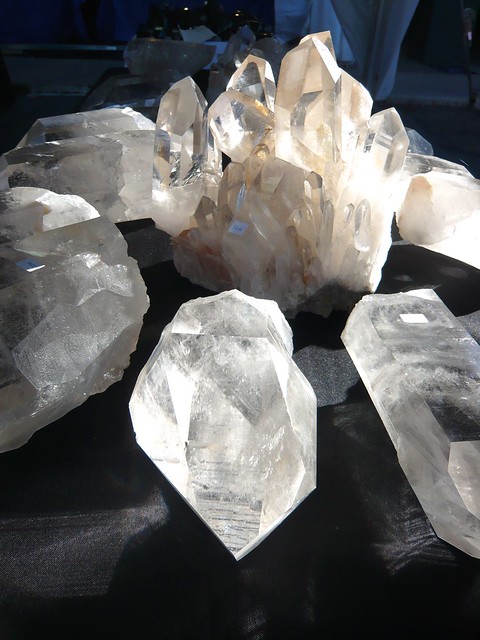 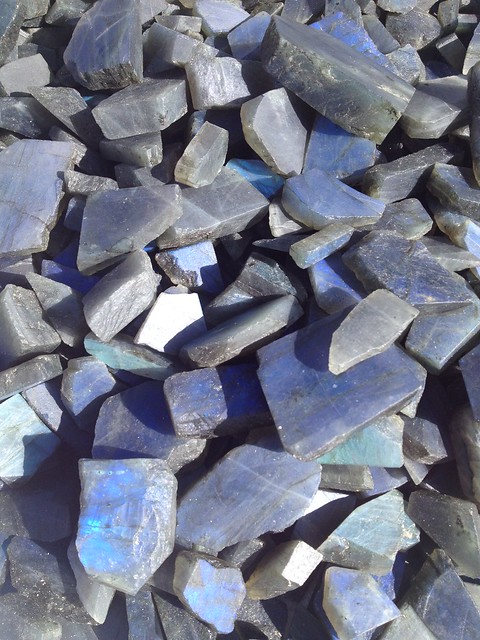 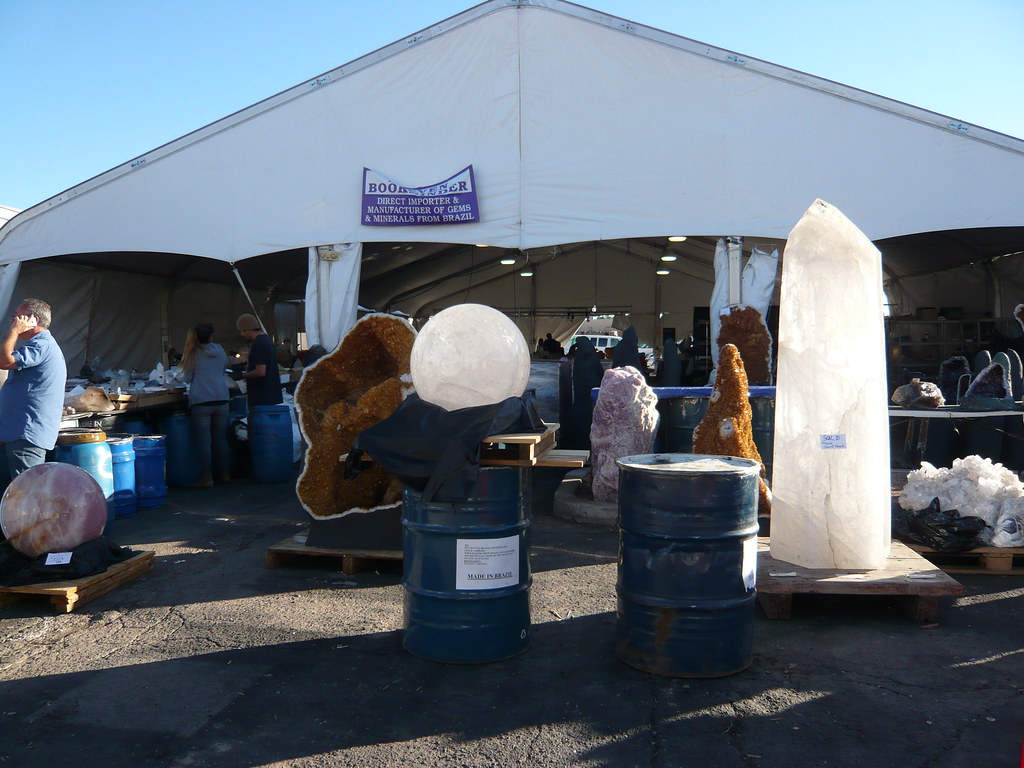 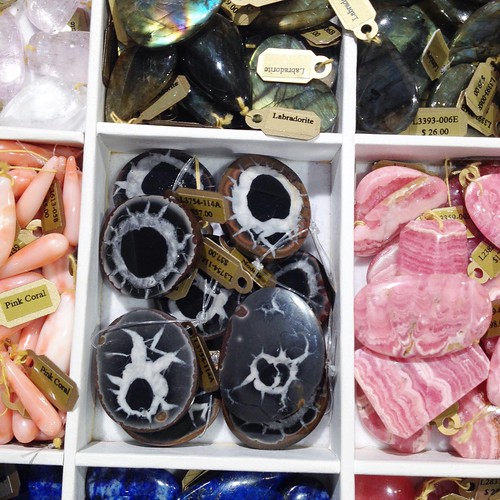 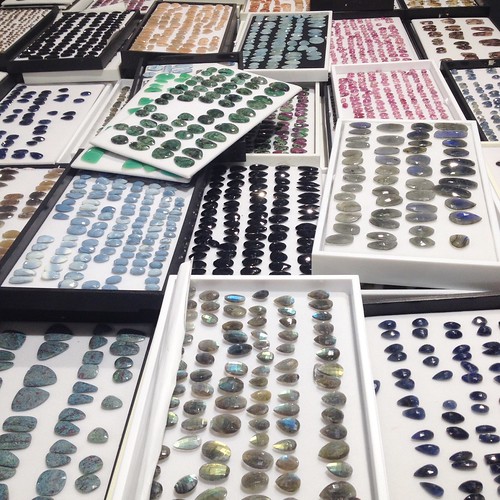 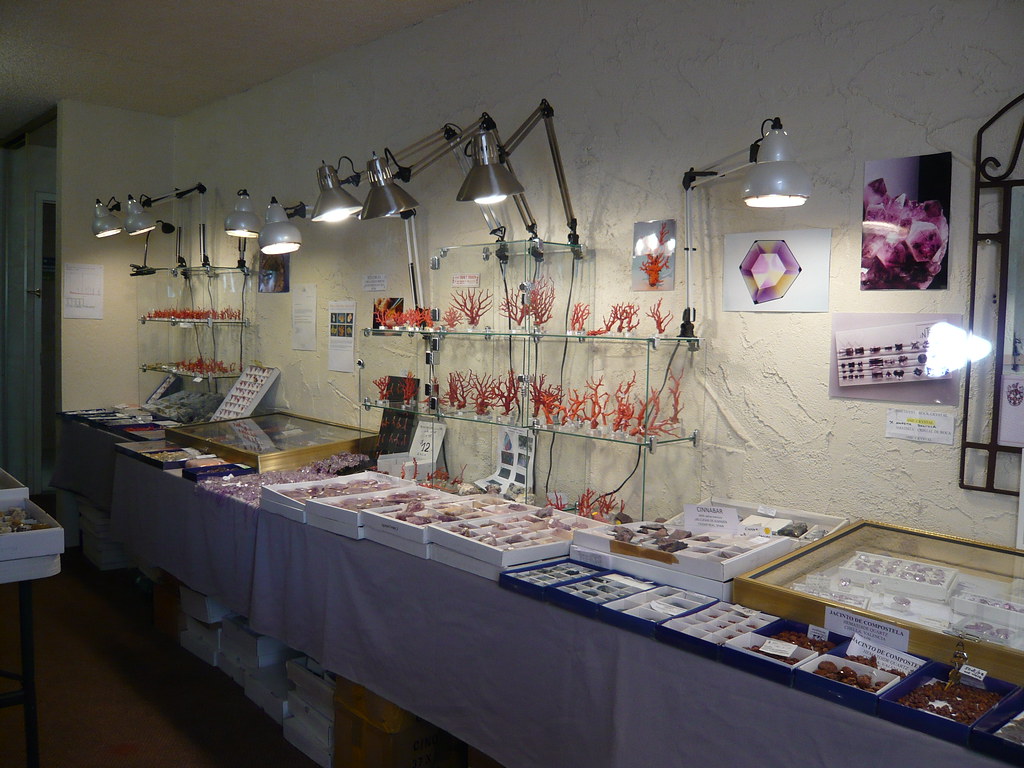 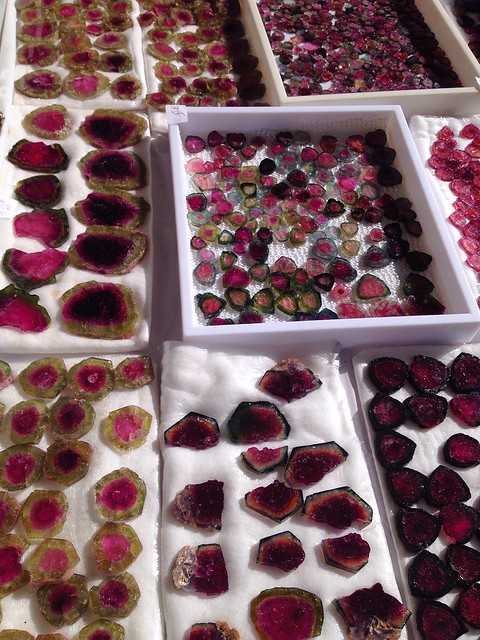 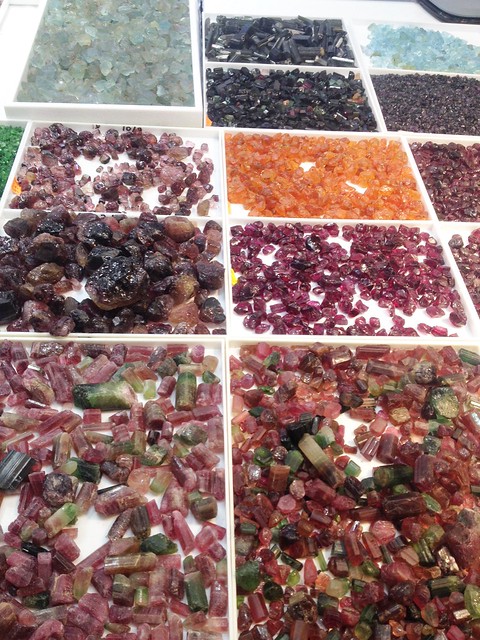 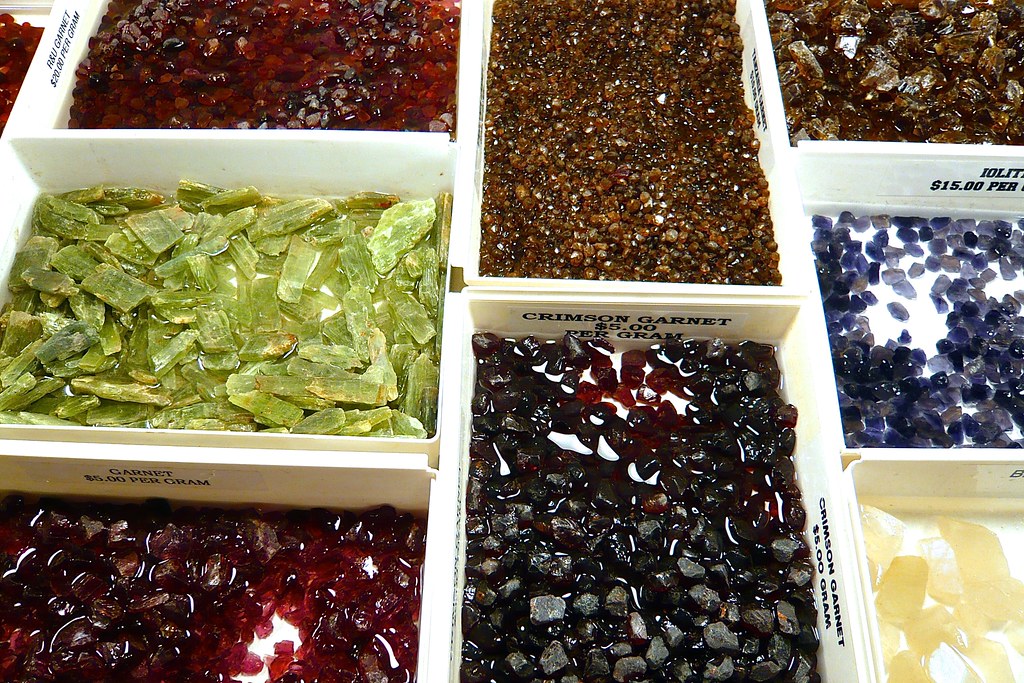 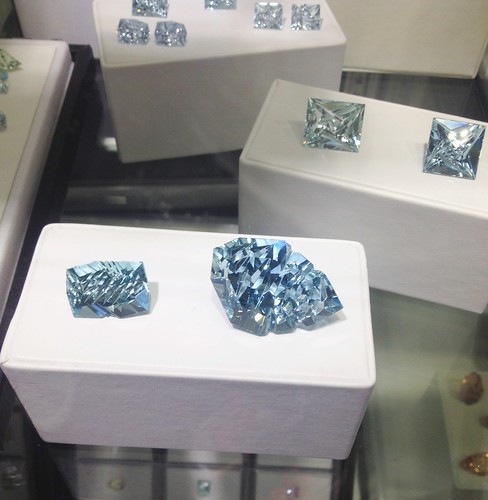 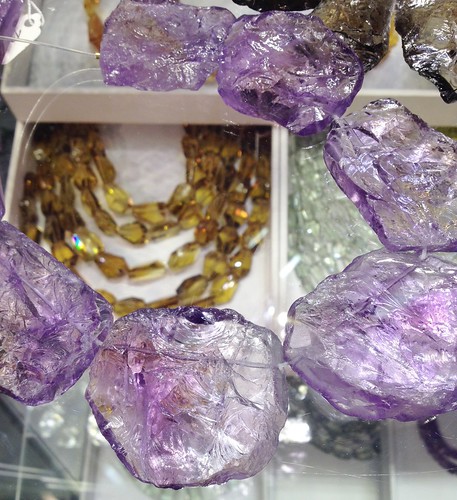 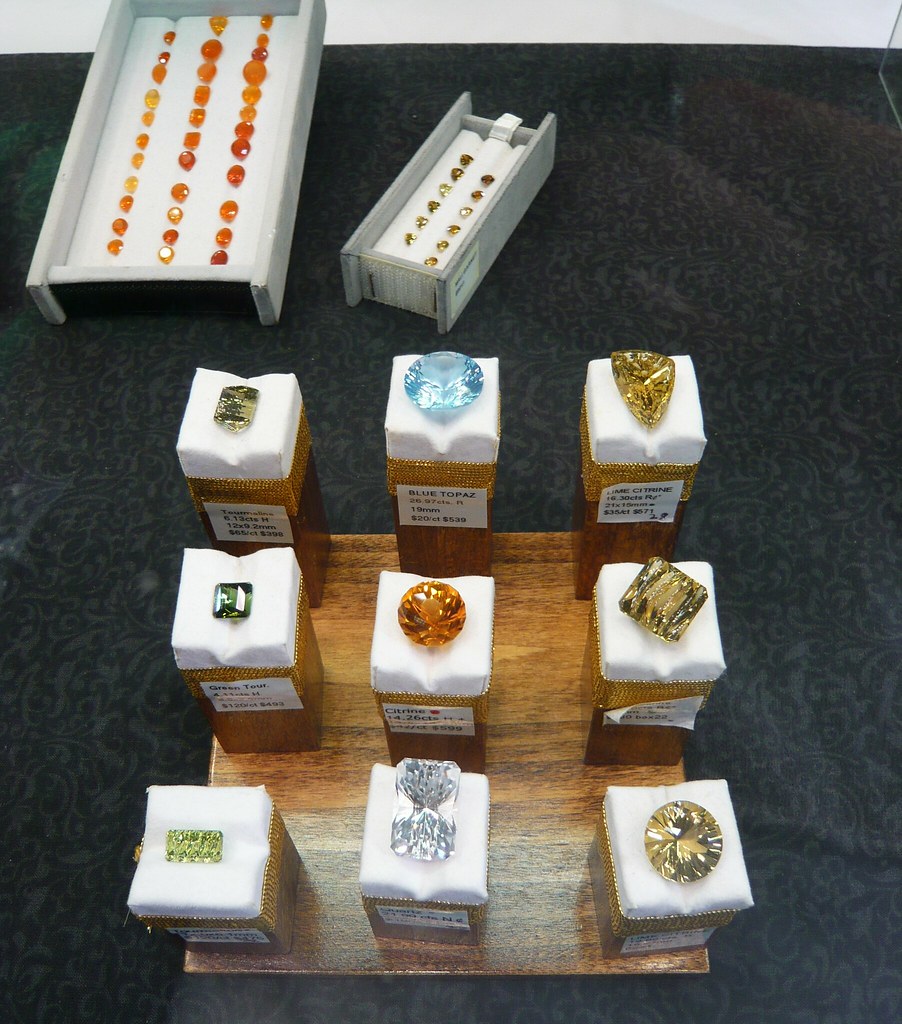 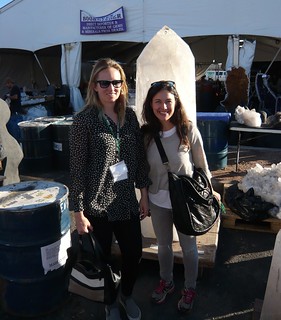 This year, instead of getting down knowing that the Tucson Gem Show and the Miami Antique Jewelry Show were nearly the same week, I made sure the fun gem hunting excitement was covered by some jewelry friends!  First, we had Lori Leven do an Instagram Takeover while in Tucson, now we have a fun gem story featuring Chelsey Kantor and Jane Pope, both jewelry designers who decided to make the trip to Arizona together.  Their insights are candid glimpses from a first-timer and second-timer checking out this legendary massive exhibition.  If you are planning on going, this will be a great read to help plan your trip!

Take it away, Chelsey & Jane:

The Tucson Gem Show feels like the center of the gemstone and jewelry world. It is totally overwhelming, beautiful and inspiring. As we were told on our first day there – this is “heaven for pirates.”  Gearing up for the show we did a bit of research. There is a list of over 30 shows on the Tucson Gem Show website! These happen all over the city. We knew of the main shows for wholesale only and then asked some friends who have been going for many years for some hints on what they recommend as “must-sees.”  In 3 days we made it to only 7 shows! But with hundreds of vendors in each show we saw a lot!!!

Our first day was at the G&LW. This show is actually 2 shows in one – the holidome and the gem mall. It feels like a mini city on it’s own, composed of huge tents (and I mean like football field big!). There are all sorts of vendors – from finished jewelry, to parts, to pearls, to minerals, to fossils, to cuts stones of all shapes and sizes and beads! Do not forget the beads!! Sooo many beads!! We looked at a bunch of vendors…I was looking for turquoise and some cool new non precious stones and discovered Septaian Nodules! These are super cool concretions formed 50 – 70 million years ago, sort of like fossilized mud cracks, but actually the way they are formed is a mystery. Sometimes they are known as Dragon’s Stone. Jane was on the hunt for a bridesmaid earring and some pearls. She found some amazing faceted rose cut labadorite and sapphire sets for her bride to pick from.

At the end of day we had a burst of energy and decided to hit up one of the public shows, the Pueblo Gem & Mineral Show which is at a hotel. There are vendors set up in the courtyards, parking lots and inside hotel rooms. It has much more of a funky treasure hunt vibe! Your never know what you might see in the next room. There were giant crystals (like 7 foot tall Amethyst) and a room filled entirely with glowing quartz crystal balls the size of a ginormous balloon. There were crystal skulls and lamps and bathroom sets. An interior designer would probably go nuts here! There were also venders with rough and cut gem material. So fun to the crystals as they are grown by Mother Nature.

Our second day was big – tackle AGTA and GJX, the premier shows for designers and jewelers. Both have very strict entry policies and it’s no wonder–they are filled with top dealers in the world! The AGTA show (American Gem and Trade Association) is located at the Tucson Convention Center. There is a section for tools and a section for gems; they also display the year’s Spectrum Award winners. This is the place for lust-worthy gems. Tons of mega-sized diamonds and colored stones. There are also lots of melee, sapphire and diamonds! Both Jane and I bought gray diamonds to use! We looked at some beautiful Montana sapphires; they come in a wide range of blue, green, yellow and oranges, mostly small sizes and are still mined in Montana. We stumbled upon some huge Emeralds, a little bigger than our budgets this year.

As an added bonus there were some major fan girl moments–seeing some of my favorite designers like Ted Mulehing and Christian Hemmerle.

GJX (Gem and Jewelry Exchange) is right across the street and has some more variety with finished jewelry, gemstones, gem carvings and rough stones. The highlight is definitely the fantasy cut gemstones and Idar-Oberstein section. Idar-Oberstein is German town world renown for their lapidary work for over the last 200 years. We saw some amazing specimens, including the jaw dropping Paraiba cabochon and massive fantasy cut Aquamarine. There was also some beautiful tourmaline and topaz rough from African dealers and Jane found a gorgeous Emerald for a special project. We also discovered a gem called Diaspore. Mined now only in Bauxite, Turkey it is unique and rare color-changing gem, light-green in daylight and pinkish-orange in incandescent light.

Our third day was spent doing a little more exploring. We stopped by the JCK show and enjoyed the desert scenery up in the hills outside the main downtown. The JCK show is filled with beautiful jewelry collections from designers all over the world, not really our market but we were definitely inspired.

The last stop was The GIGM or Howard Johnson Gem Show – it’s of course at a Howard Johnson. Similar to the Pueblo show, the parking lots, courtyards and rooms are filled with lively vendors. There were more huge mineral specimens and tons of rough gems – crates of large black tourmaline chunks and steel drums of little rough aquamarine crystals. Plus fossilized Ammonites made into sinks and soap dishes, florescent pink and purple dyed geodes and the best rough and polished Labradorite chunks. We found the most delightful Brazilian stone dealer, who cuts beautiful Watermelon Tourmaline slices! Our bags were a bit heavier on the way home but we left wanting more and discussing plans for us next year!!

>> Thank you Chelsey Kantor & Jane Pope for sharing your adventure with Gem Gossip! 🙂