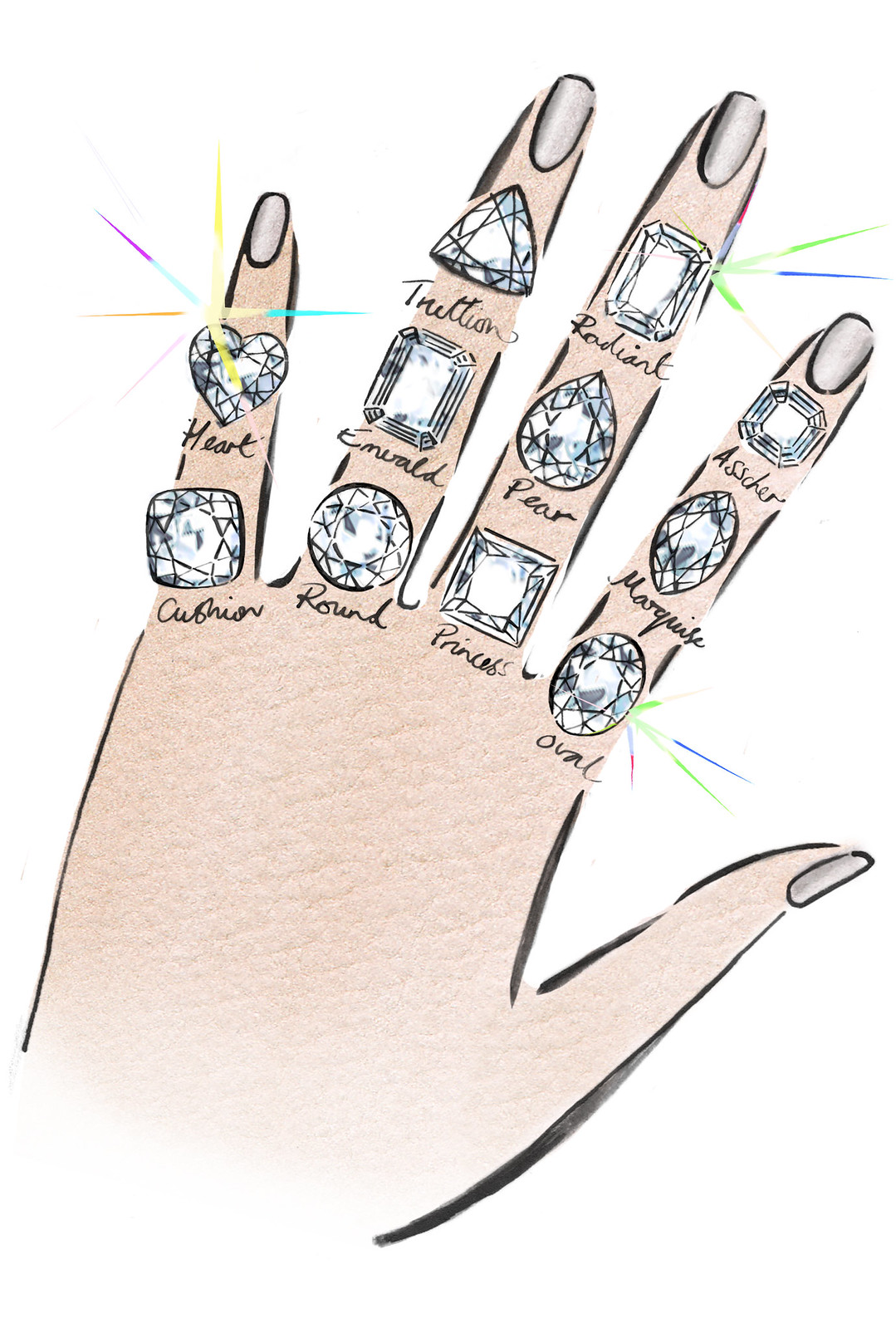 1. The first diamond engagement ring in recorded history was presented by the Emperor Maximilian I of Austria to his betrothed, Mary of Burgundy, in 1477. The ring was set with diamonds in the shape of the letter ‘M’.

2. A new trend for ‘acrostic’ engagement rings emerged during the Victorian period in Britain. These featured words spelled out by the first letters of the gemstones set in the ring. The word ‘regards’ was a favorite, spelled out using a ruby, followed by an emerald, then a garnet and so on.

3. The phrase “Diamonds are forever” has entered the vernacular and lent its name to Sean Connery’s final film as James Bond but did you know that it was originally an advertising slogan? It was coined by De Beers in 1947 to kickstart diamond sales after a lull caused by the Great Depression and World War II.

5. The ‘carat’ is the main measurement used to judge diamonds and refers to the weight and size of the stone. It is so called because originally carob seeds were used as counterweights for the scales used to weigh diamonds. A modern carat is a metric unit equivalent to 200 milligrams, or 7 thousandths of an ounce!

6. The color of a diamond is another of the major factors that determines how much it costs. Color is graded on a scale that judges how colorless the diamond is, with white stones being the most desirable and thus expensive.

7. Which isn’t to say that other colors of diamonds aren’t much sought after. ‘Fancy diamond’ is the term used to describe a stone when its color falls outside the normal color range. Fancy diamonds can be blue, green, red, yellow, pink and even purple or black.

8. Every precious gem is rated for hardness using the Mohs scale. This is a measure of how resistant the stone is to being scratched. Diamonds top out at 10 on the Mohs scale and are one of the hardest naturally occurring materials in the world.

9. Gemstones with a Mohs rating of 8 or above are generally recommended for engagement rings, because they can stand up to the rigors of daily wear. Sapphires and rubies both score 9 on the Mohs scale while emeralds are only a 7.5 and opals ae just a 6.

10. In some countries, engagement rings don’t feature gemstones at all. The Claddagh ring, a traditional Irish ring, has a motif depicting a pair of hands clasped around a heart and a crown, symbolizing love, friendship and loyalty. While some more modern variants incorporate a ruby or other precious stone, the original version does not have a gemstone set in it.