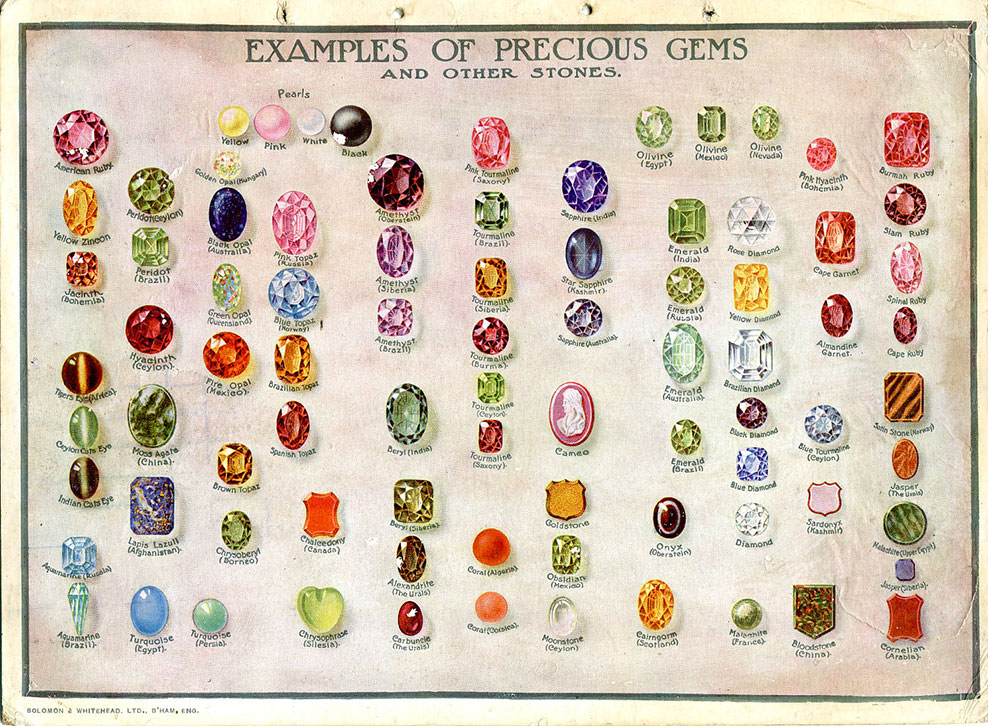 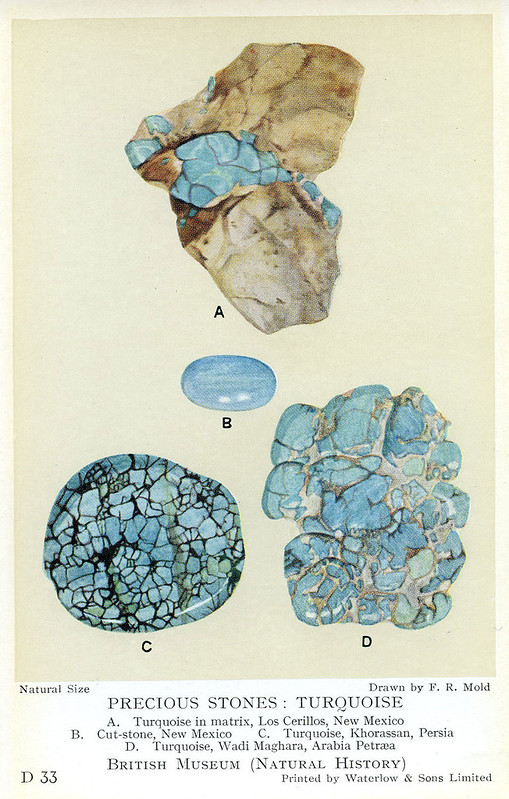 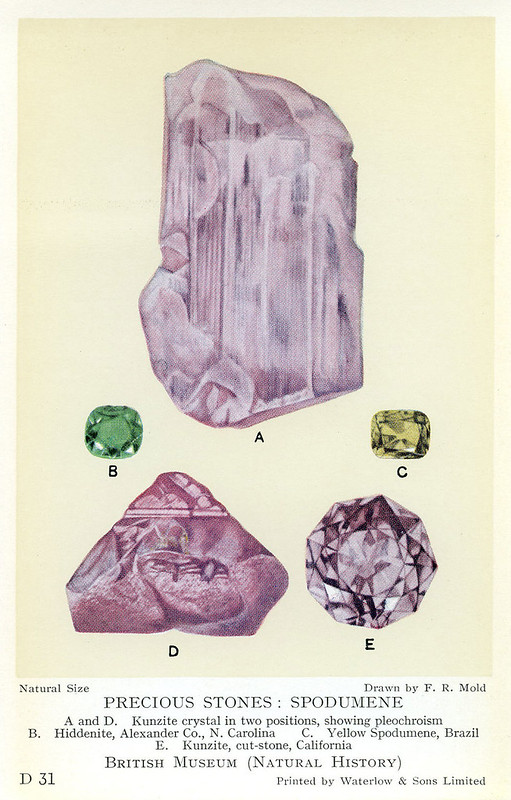 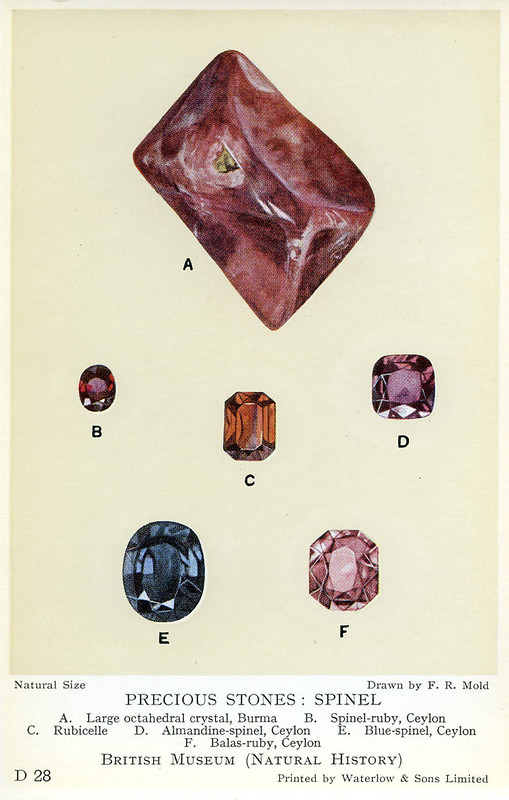 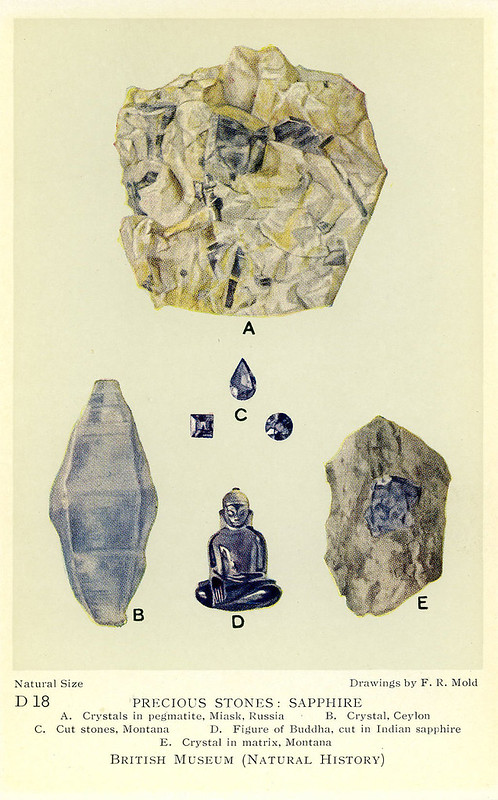 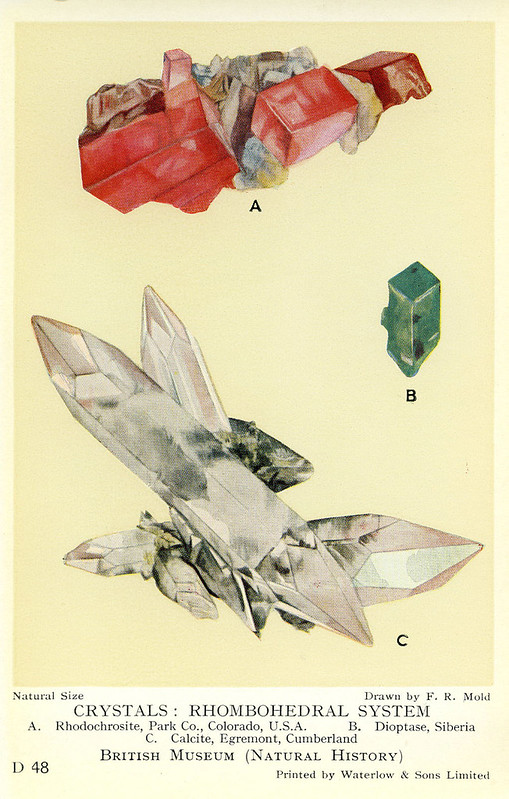 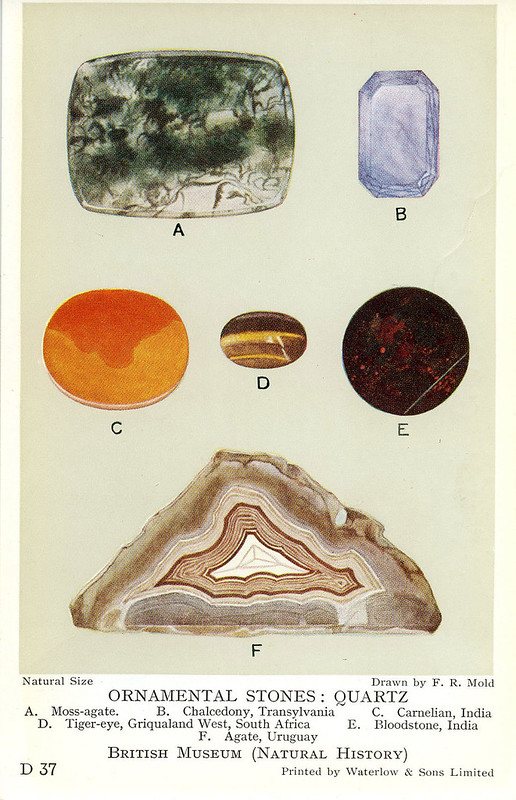 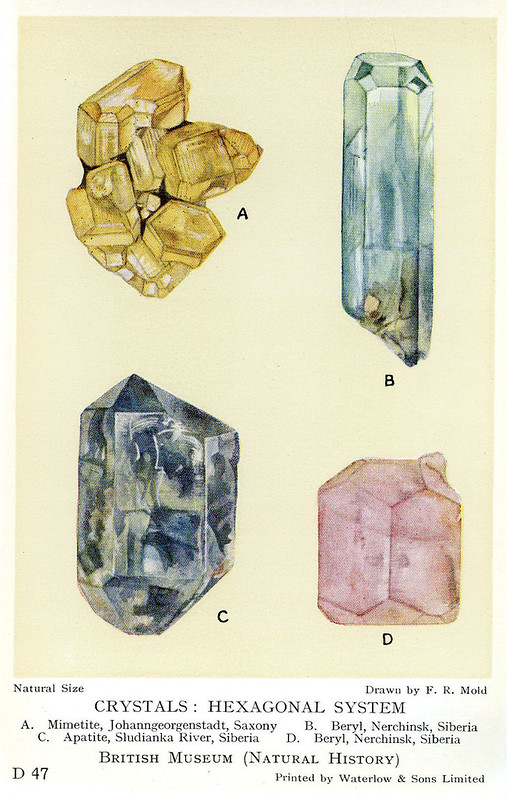 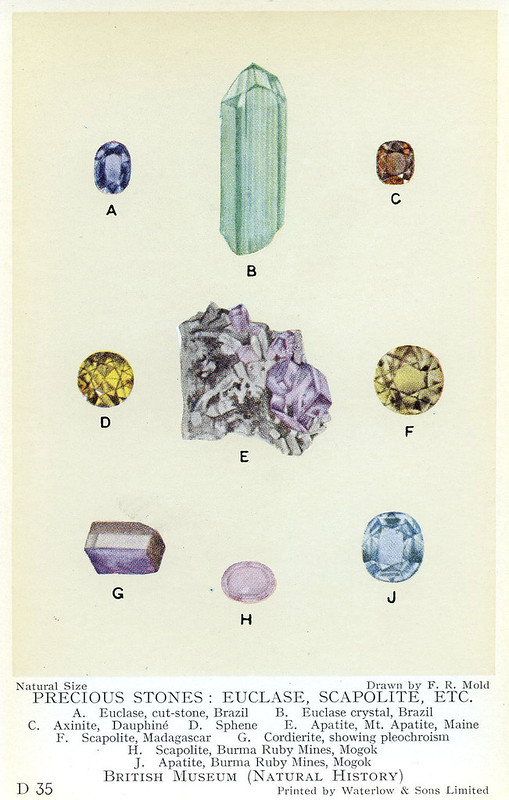 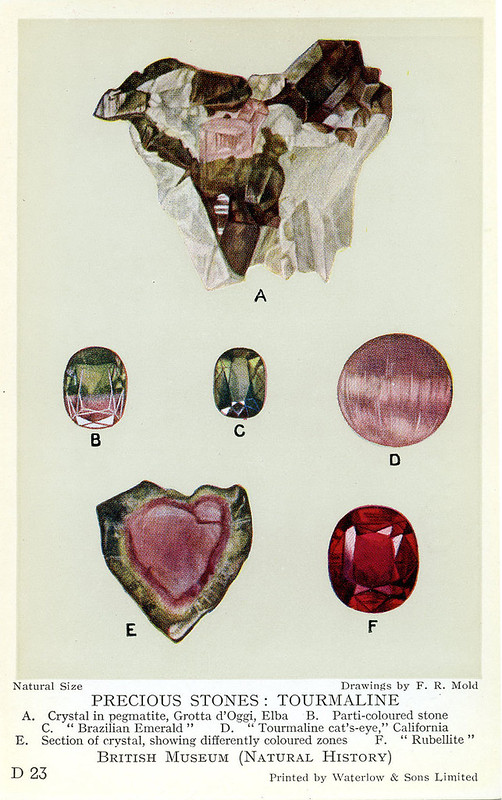 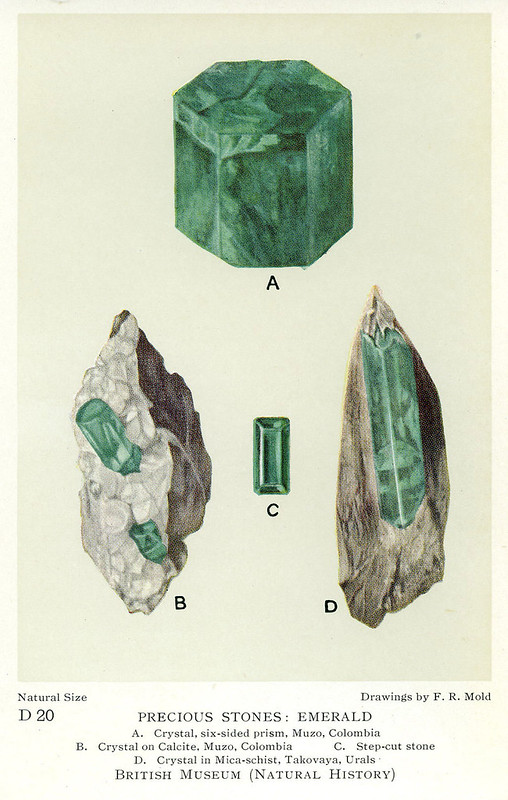 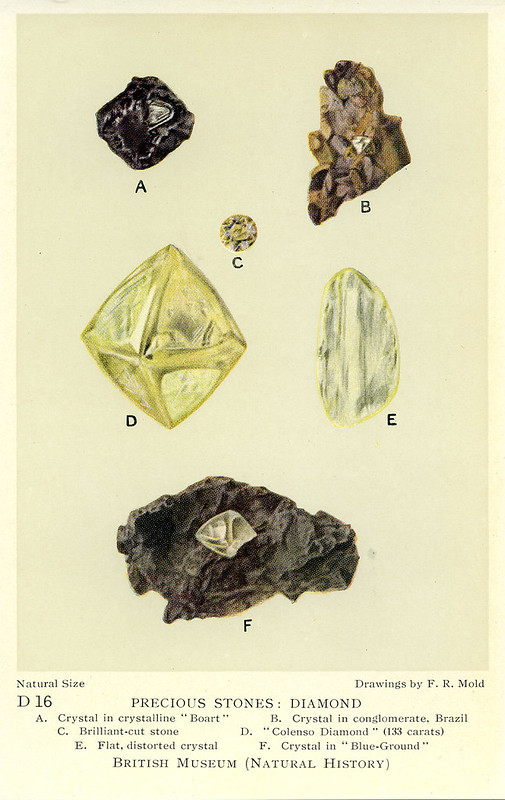 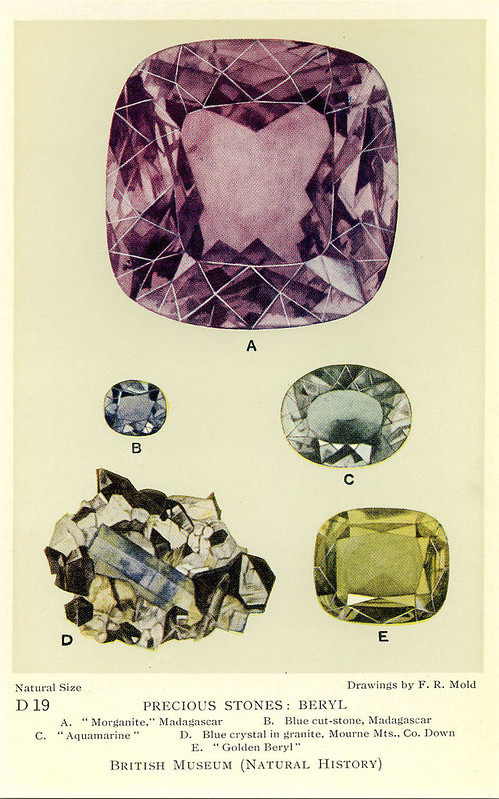 I sometimes get lost in Pala International’s “Gemformation” — a series of newsletters that comes out monthly and is compiled and backdated on their website. So much valuable information, much of it straight from the desk of the infamous Bill Larson, world-renowned gem and mineral expert. If you’re unfamiliar I highly recommend reading his story-book bio on his website, it is fascinating to say the least!

In the July 2016 edition, I was incredibly gaga over the collection of gemstone postcards created by the British Museum. The story goes, “According to a story by postcard-collector John Taylor in the Jan/Feb 2009 edition of Rocks & Minerals, these cards were printed in about the 1920s by Waterlow & Sons. The firm was an engraver of currency, postage stamps, and stock and bond certificates. James Waterlow’s son Sydney (1822–1906) eventually became Sheriff of the City of London, during which time he was knighted, and later became that city’s Lord Mayor.”

Each one is a piece of art and the colors are magnificient. Thanks to Bill Larson for digitizing these in the best way possible. There are forty cards total, all of which can be seen here. I’ve included quite a few favorites in this blog post–it was hard to narrow down my absolute favorites! 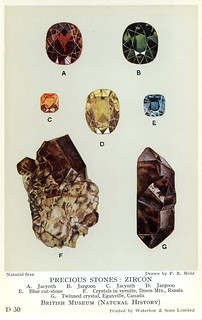