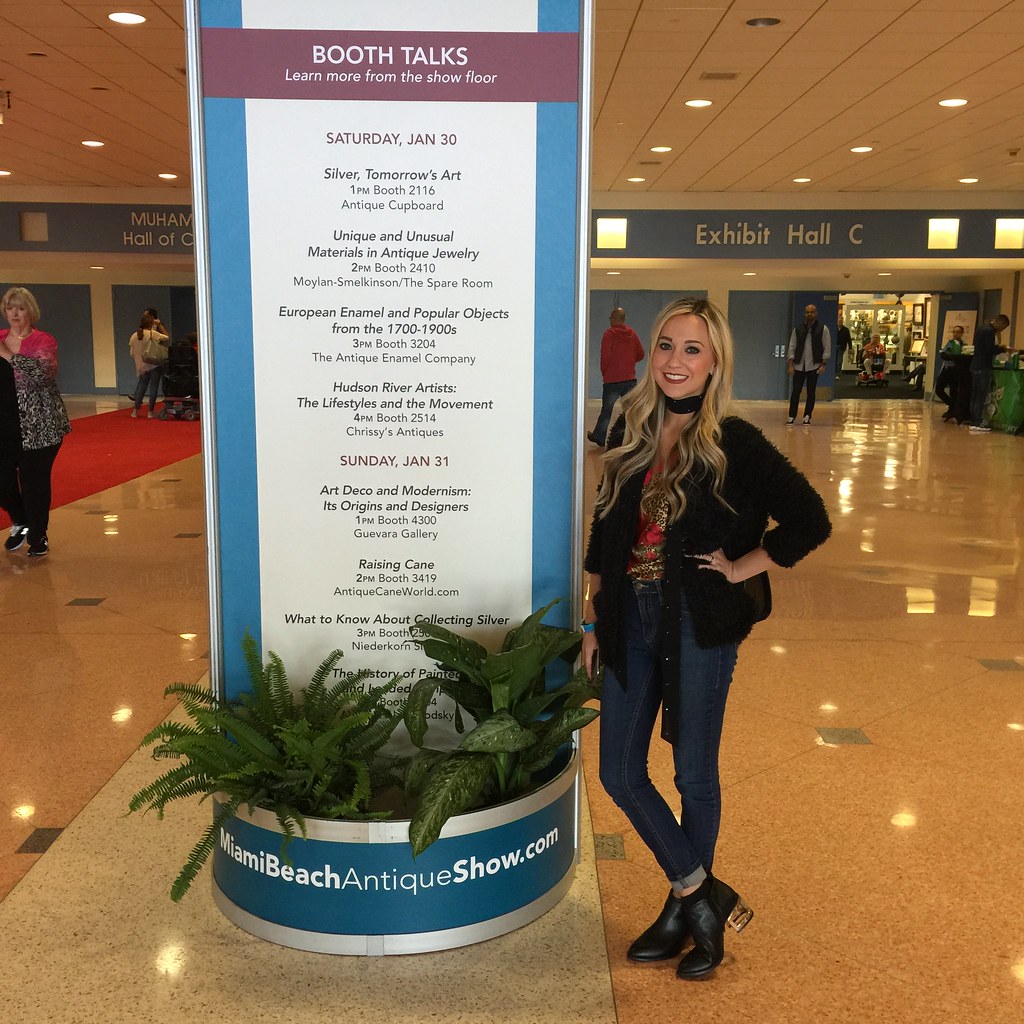 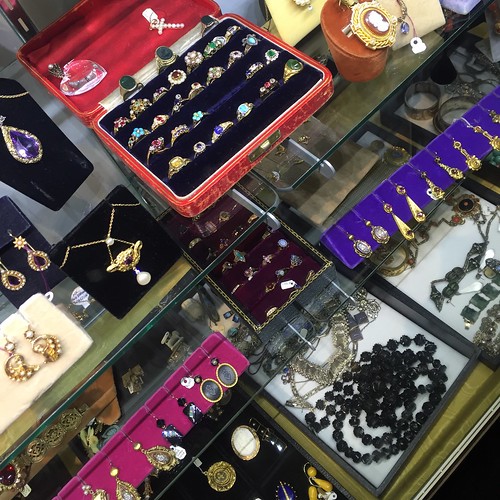 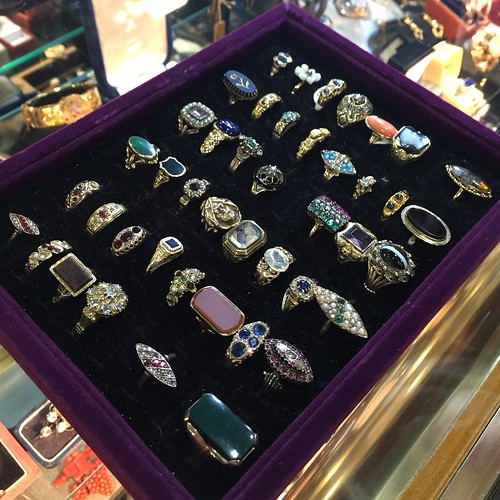 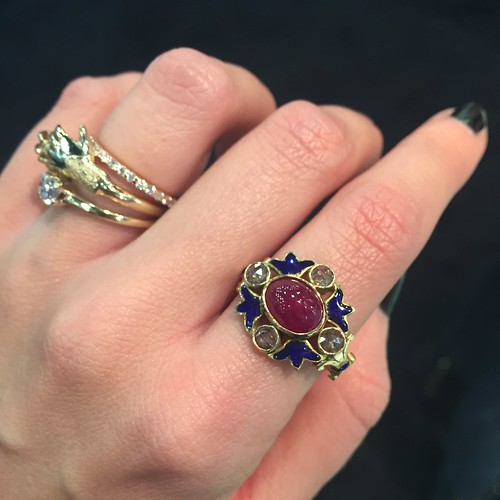 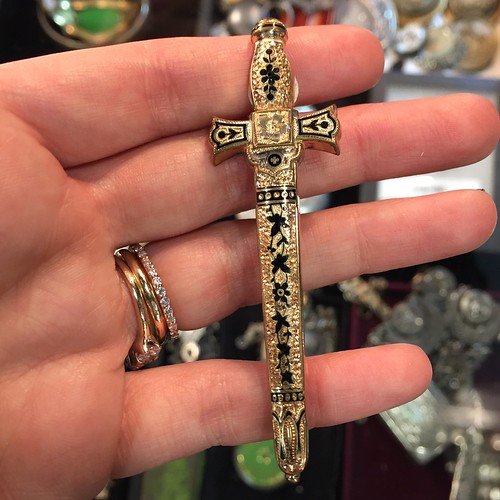 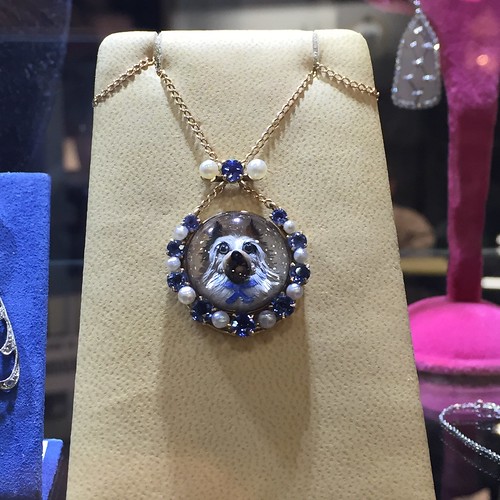 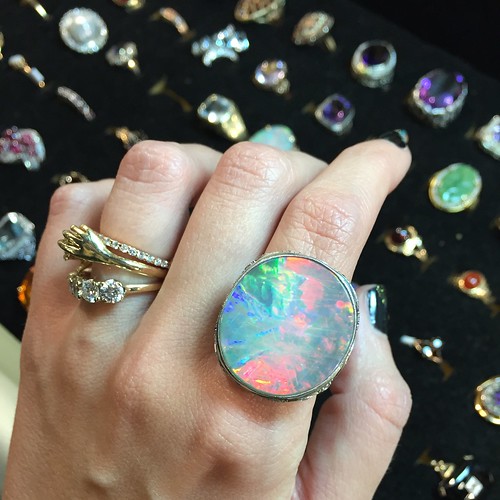 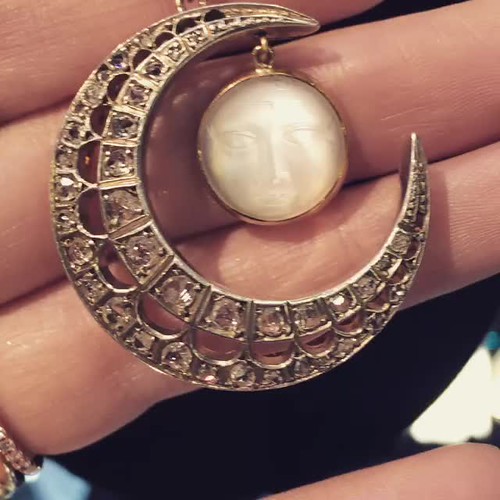 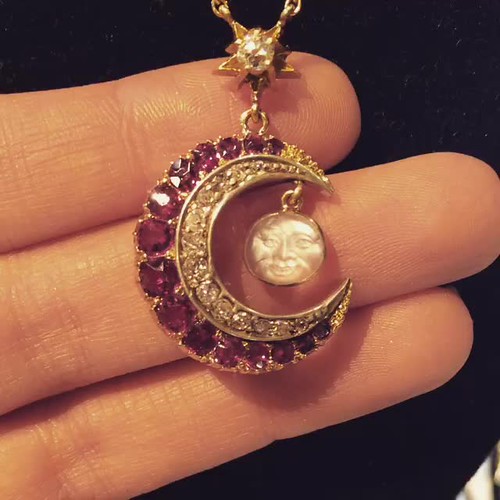 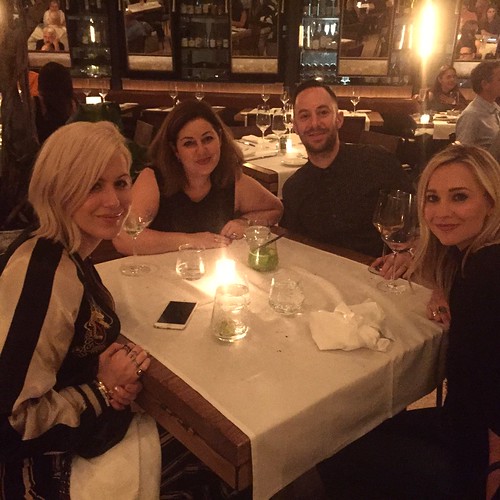 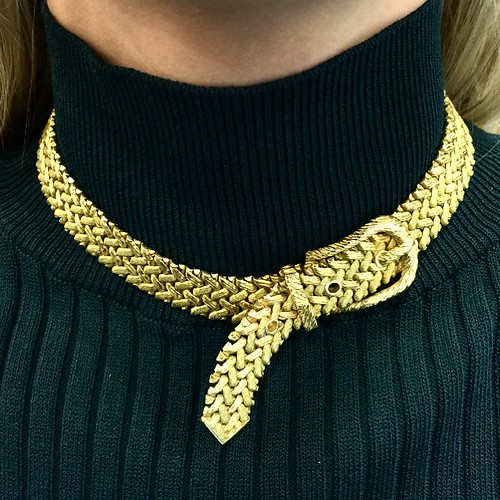 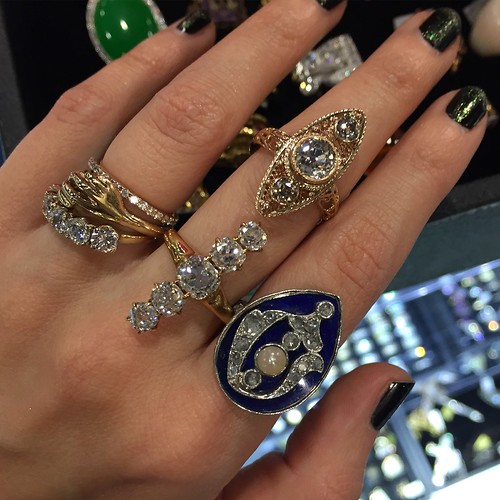 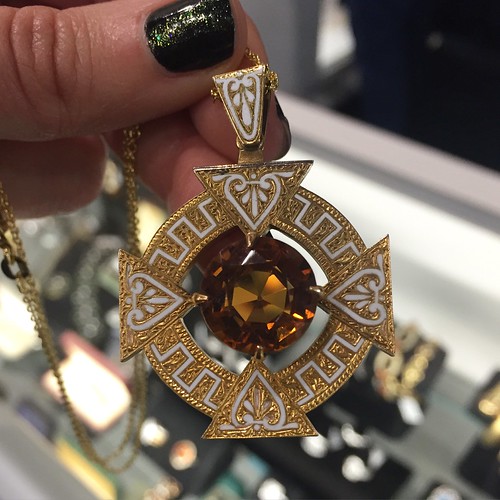 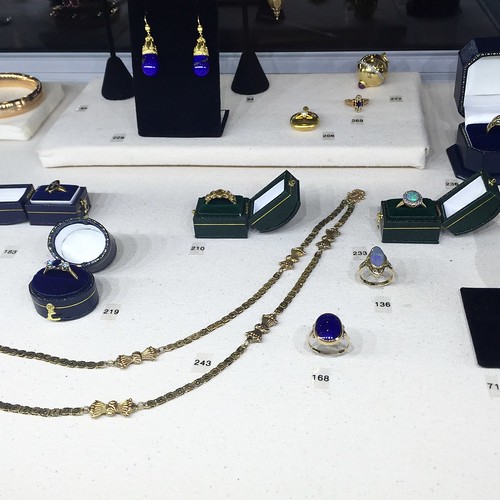 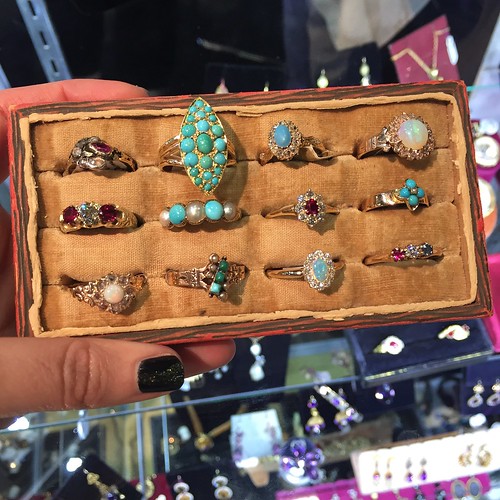 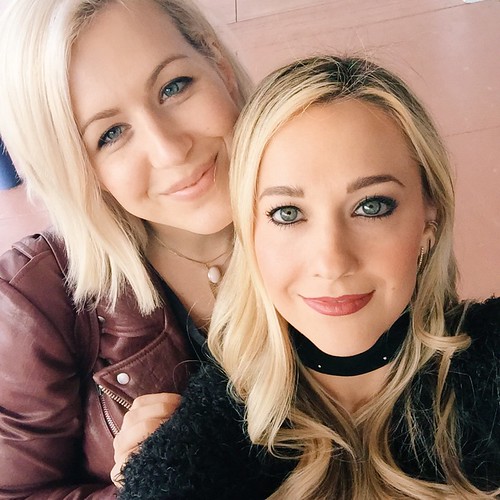 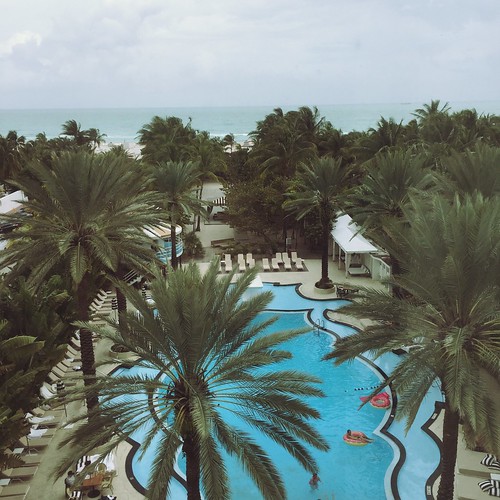 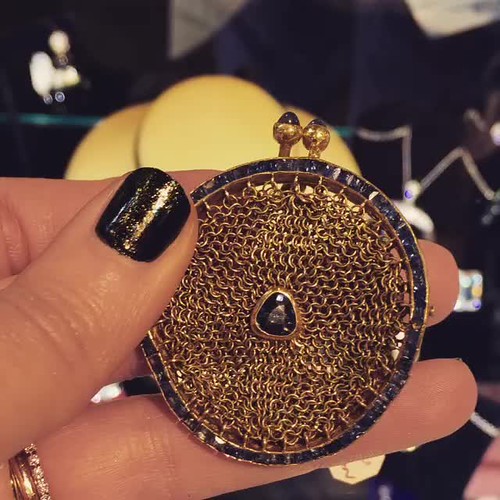 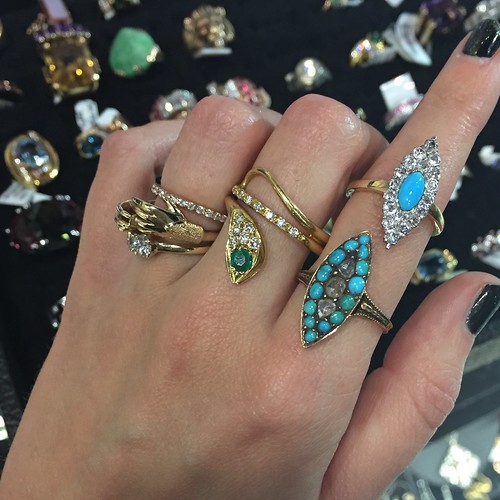 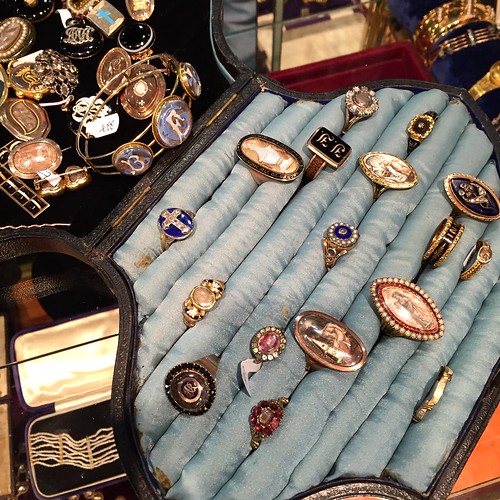 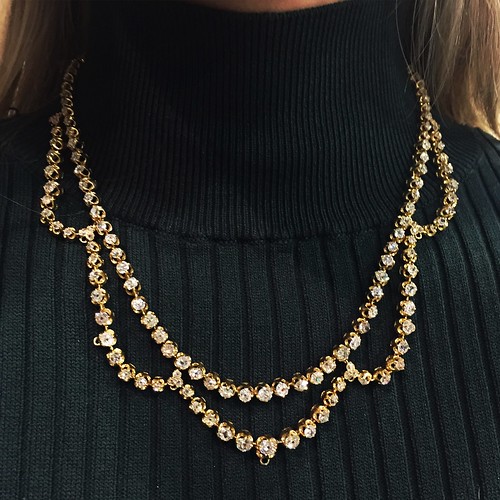 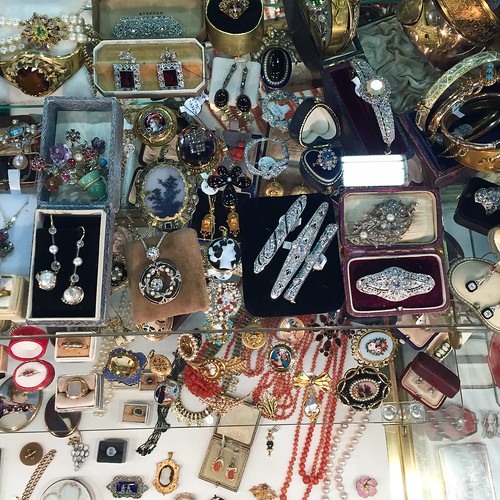 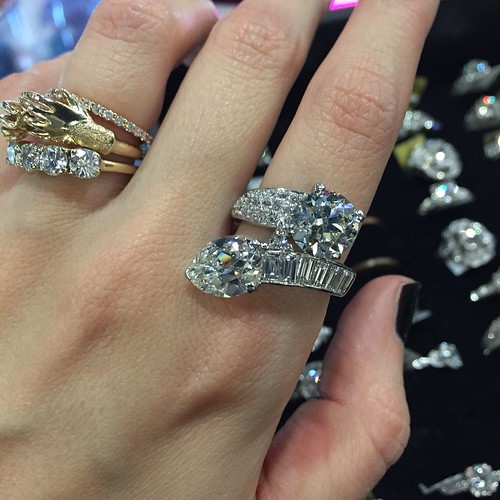 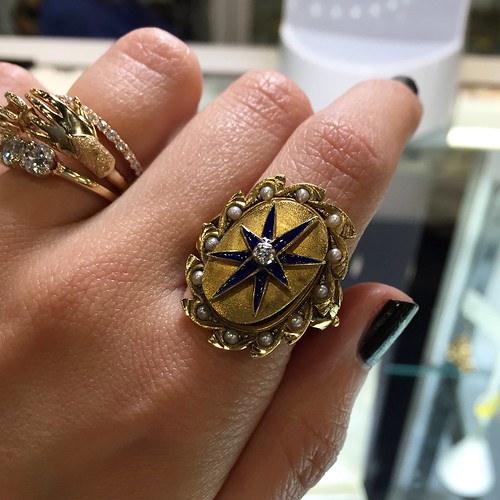 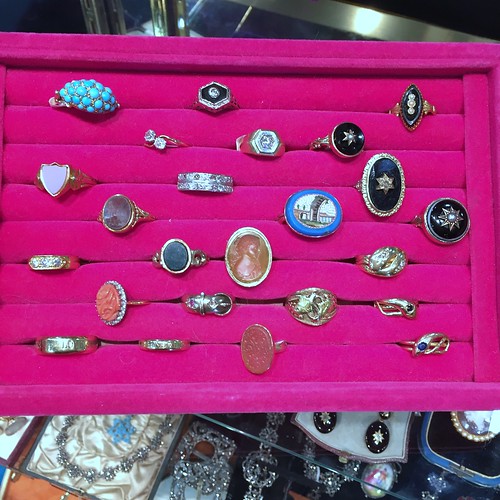 Another year in the books! The Original Miami Beach Antique Show did not disappoint, with this being my fifth visit to the show, no more “rookie” feeling this time around! Funny that with every trip, our itinerary, goals and place of stay has been different every time–but it makes for a good adventure and an easier way of remembering each trip. My partner-in-crime, Brooke of Arrow & Anchor Antiques, had a mission of buying new stock before her trunk shows she has coming up–so we were in full-swing buying mode. We had only one full-day at the show and a couple of hours the following day, so we had a lot of work to do in a small amount of time (besides photographing some favorite pieces, catching up with old friends in the aisles and saying hi to new peeps).

After a rough landing in Ft. Lauderdale, we checked into The Raleigh hotel and had dinner with our favorites, Larry and Natasha Platt of Platt Boutique in West Hollywood. Quality Meats is a great restaurant–highly recommend it if you’re in Miami. We woke up the next morning and headed to the show. The dealers were ready and eager–nearly 1000 exhibitors this year, YES it’s that big. As a buyer and attendee, I noticed lots of new inventory and luckily for us, some of the same pieces as last year because we ended up buying items we photographed in years past, which we regretted not buying! Funny how that worked out!  We were at the show from noon until 6:30/7pm–the longest we’ve ever stayed! It was amazing to go back to our hotel right after and just LAY DOWN, ohmygod. By the way, we opted for a healthy lunch this year while at the show and found a salad bar just to the left of where the large line forms at the main entrance. It was two thumbs up from a picky eater like me (but I miss those personal pan pizzas I raved about last year). We continued our traditional dinner at The Raleigh with our West-coast counterparts, Sunny and Blair of Fox & Bond, which is always one big round of laughter and fun.

The next morning we woke up, sore and stiff, and headed to the show for three hours catching our departing flight back home.  Someone (ahem…Brooke) was doing SO good with her New Year’s resolution, and hadn’t drank coffee for the entire month of January! She broke down and had some on day two, and we both were like Mario landing on the flashing star in Nintendo–we breezed through our three hour crunch time and got more done in 30 minutes than we did the entire day before lol. Job well done!

Glad to have another year under my belt. Jewelry highlights of this year?! I would have to say the man-on-the-moon moonstone pendants that I came across; those were so intricate and really unique. I was trying to find my own ring, but I only found a couple and each were similar to the ones I’ve owned in the past, nothing too special about them. I also can’t stop thinking about the little gold coin purse set with sapphires that I found and took a video of. Truly have not seen a piece like that before–just wish something like that had more of a use than being pretty. Can’t really wear that on my finger or around my neck. But, man is it beautiful!!

What did I bring home?! I usually bring back one item every year to commemorate the trip–although I’ve been four times before, I only have two items to show for it (the first year I couldn’t afford anything, the second year I bought a teeny tiny diamond band which I have since sold). This year was a little tricky: I bought four rings with the intention of selling three and keeping one, then I got home and couldn’t decide which one to keep!!  I will continue deciding (although I did end up selling the lapis inlay scarab within a few minutes of posting it). If you have an opinion on which I should keep, let me know! I’ll follow up with a blog post featuring the rings, along with the ones I’ve purchased from the past shows.

Cheers to next year–and hopefully staying a little longer and saving more $$ to spend! 😉 #neverenough

PS: My dad asked me how much money I was bringing down to Miami to buy with, and when I told him the amount, he said, “That’s like going to a casino to gamble and bringing a twenty!” As per usual, he was right.