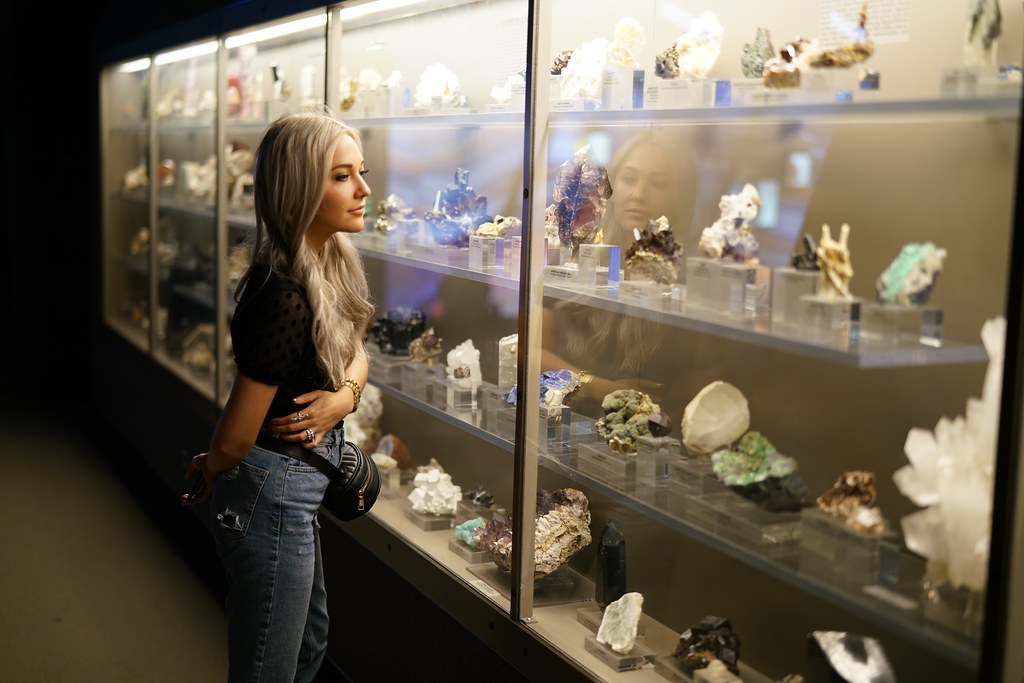 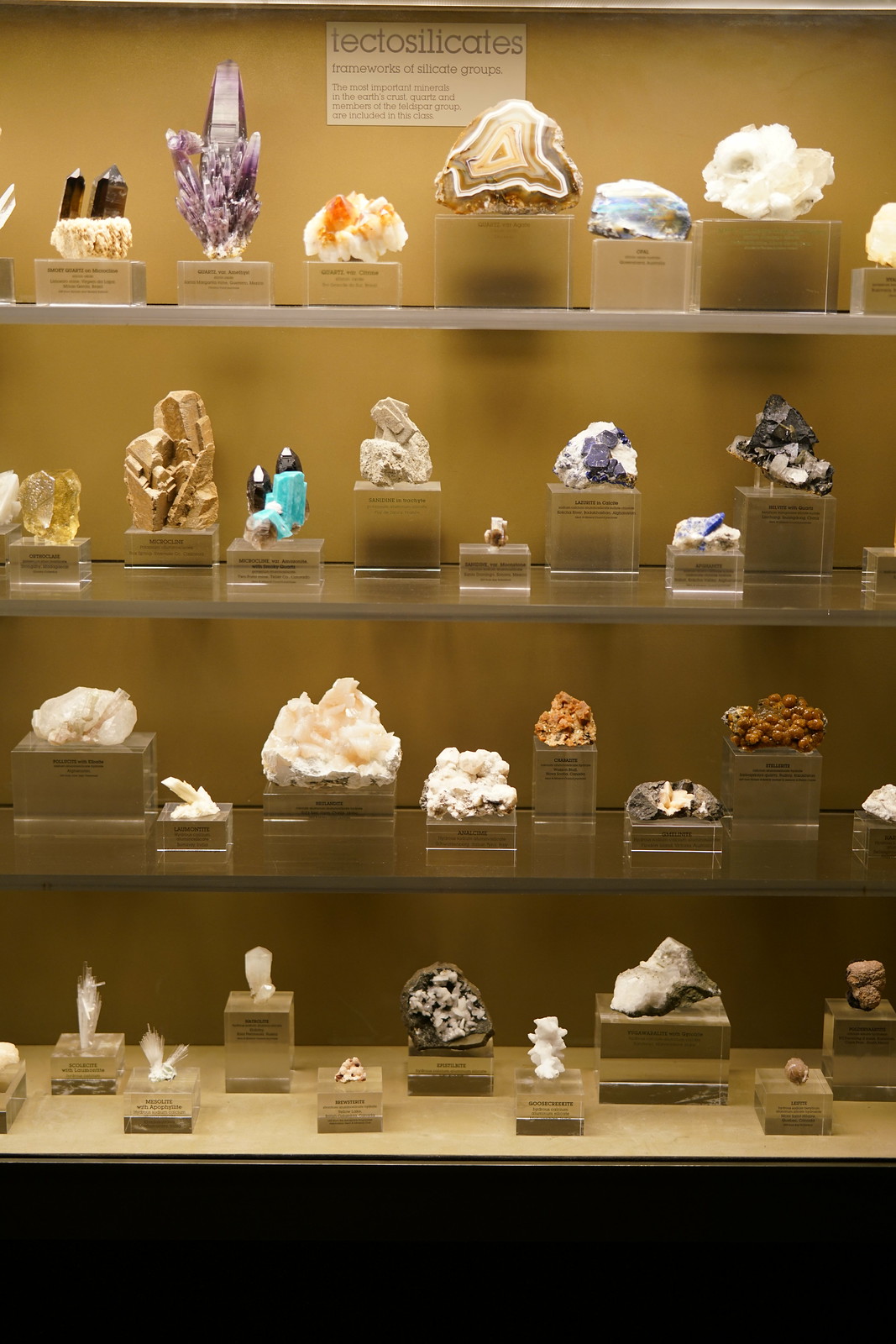 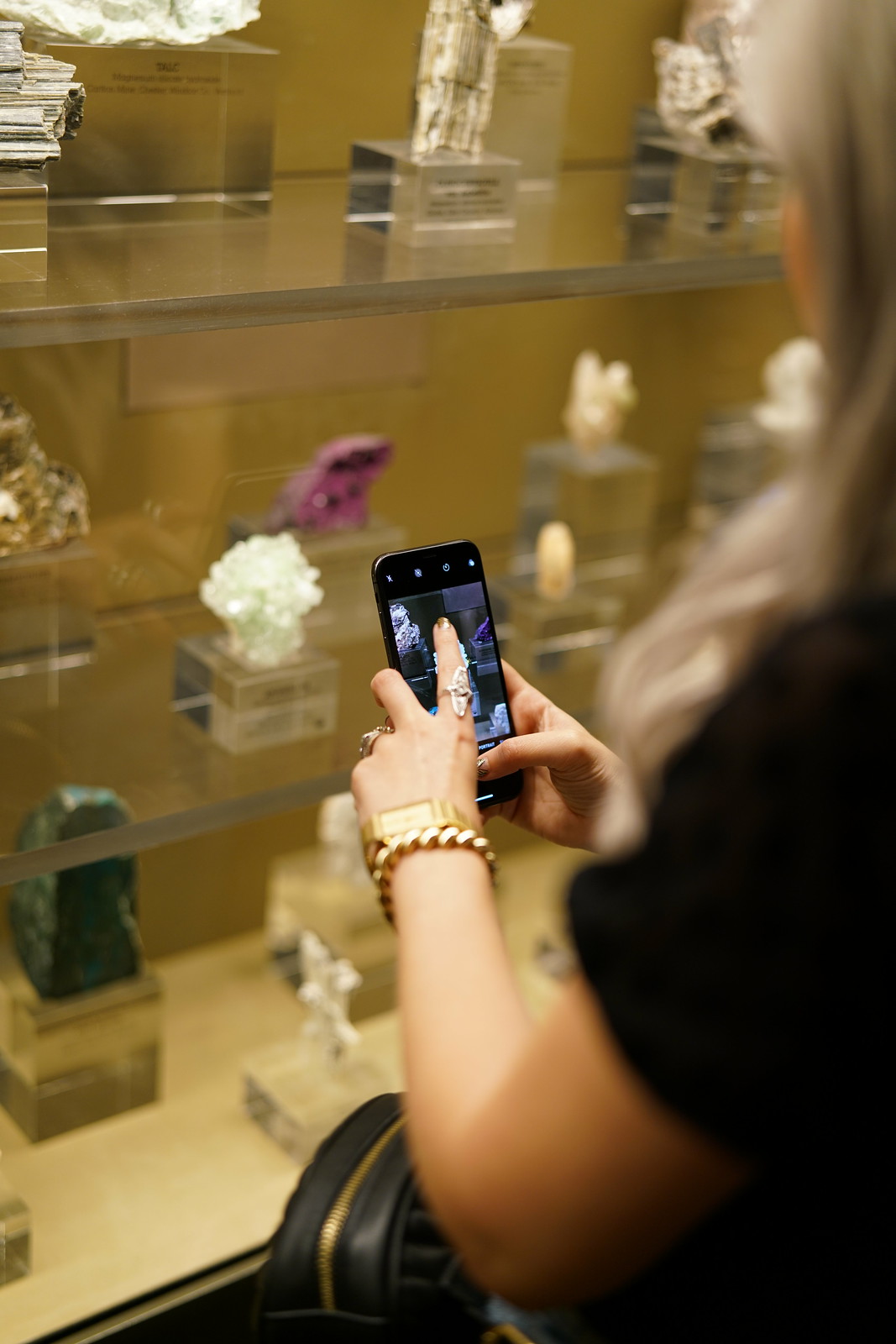 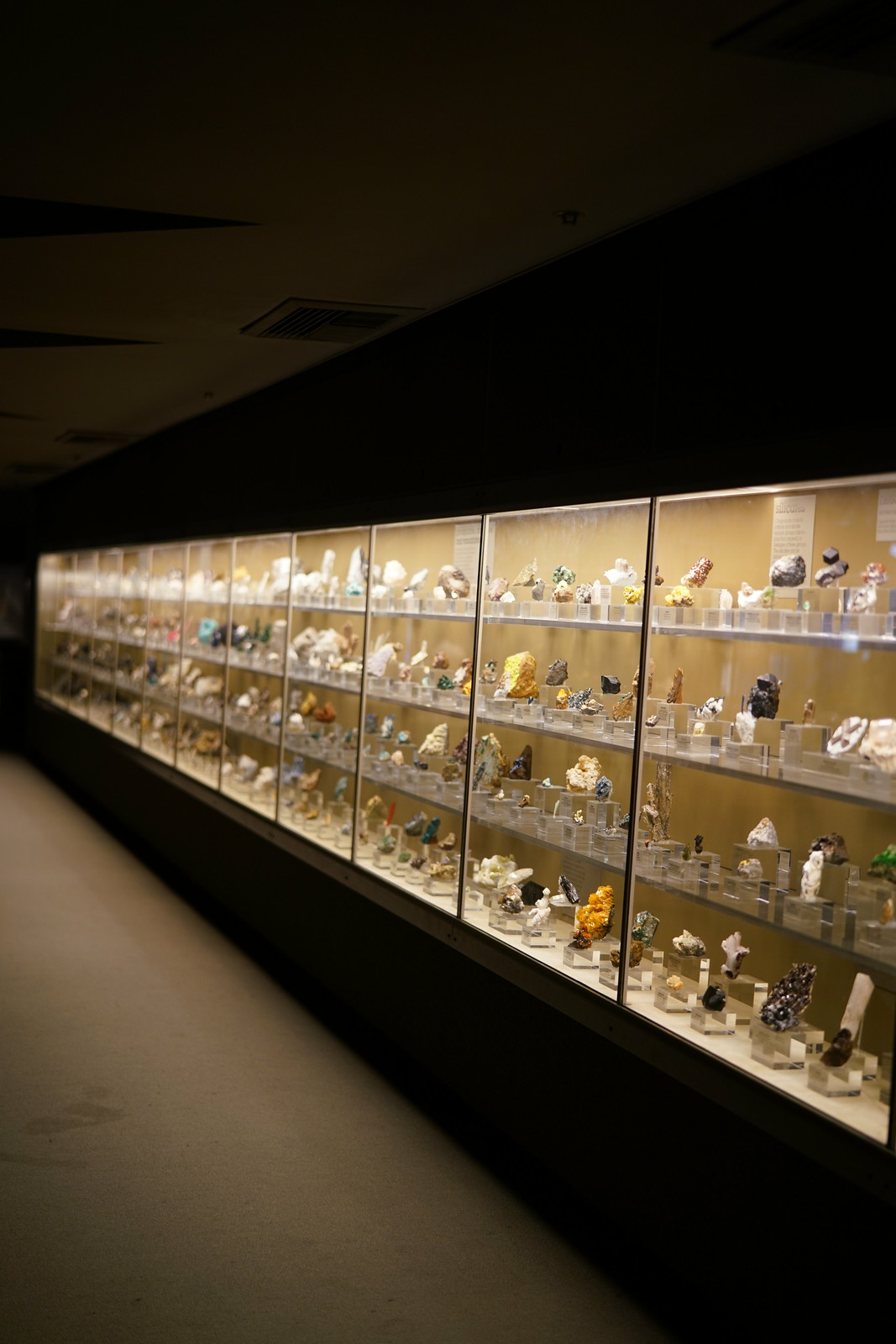 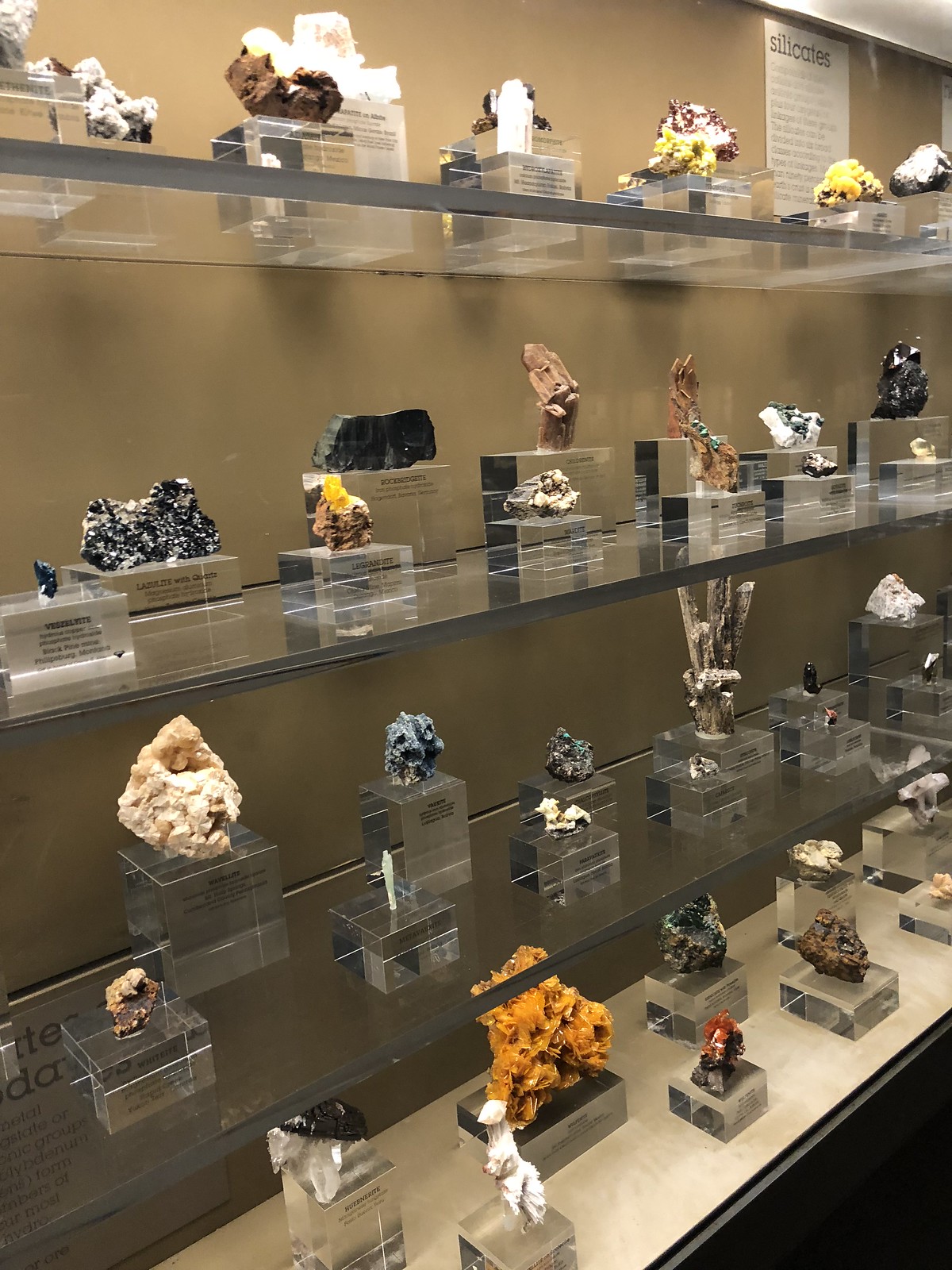 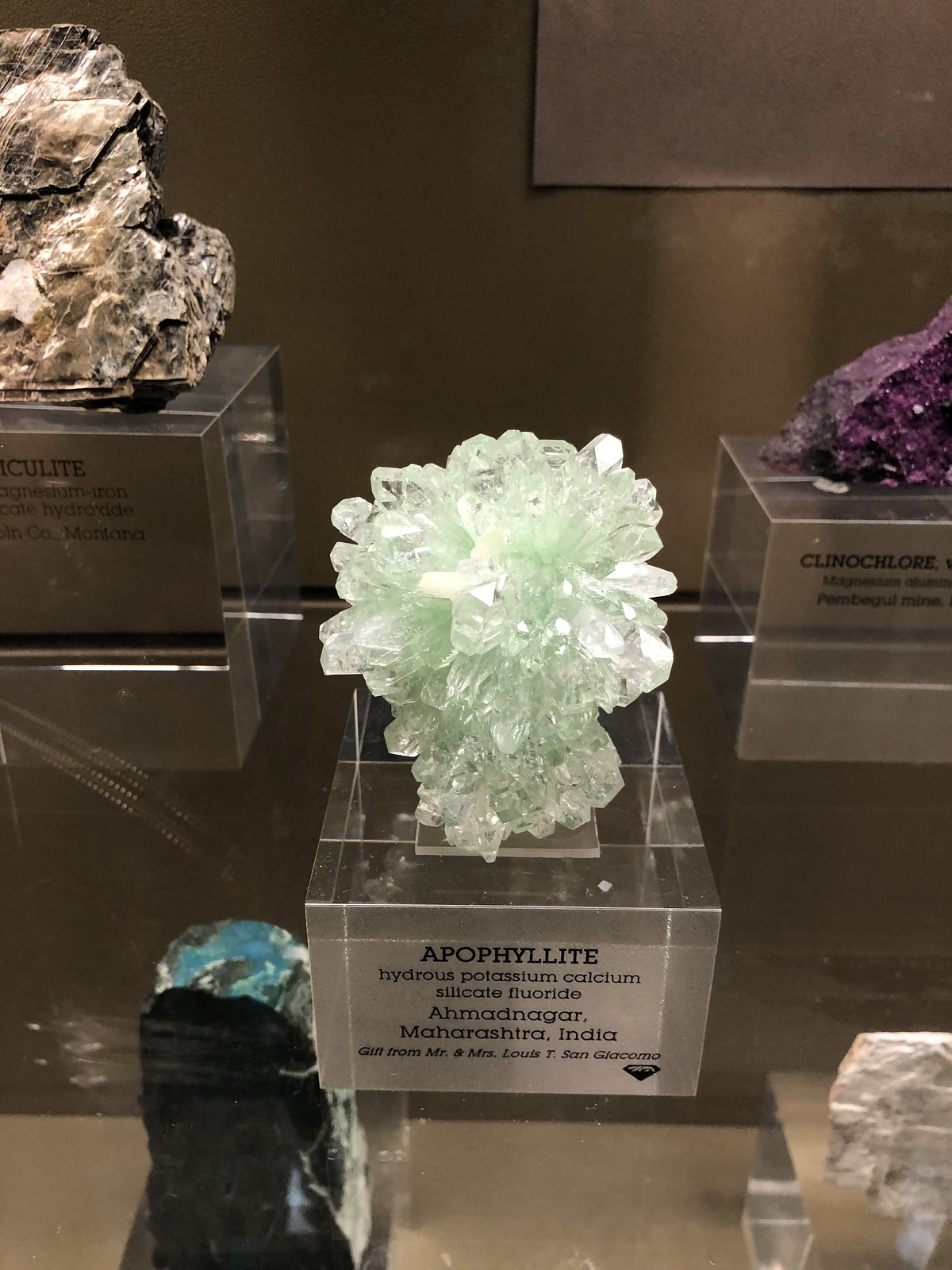 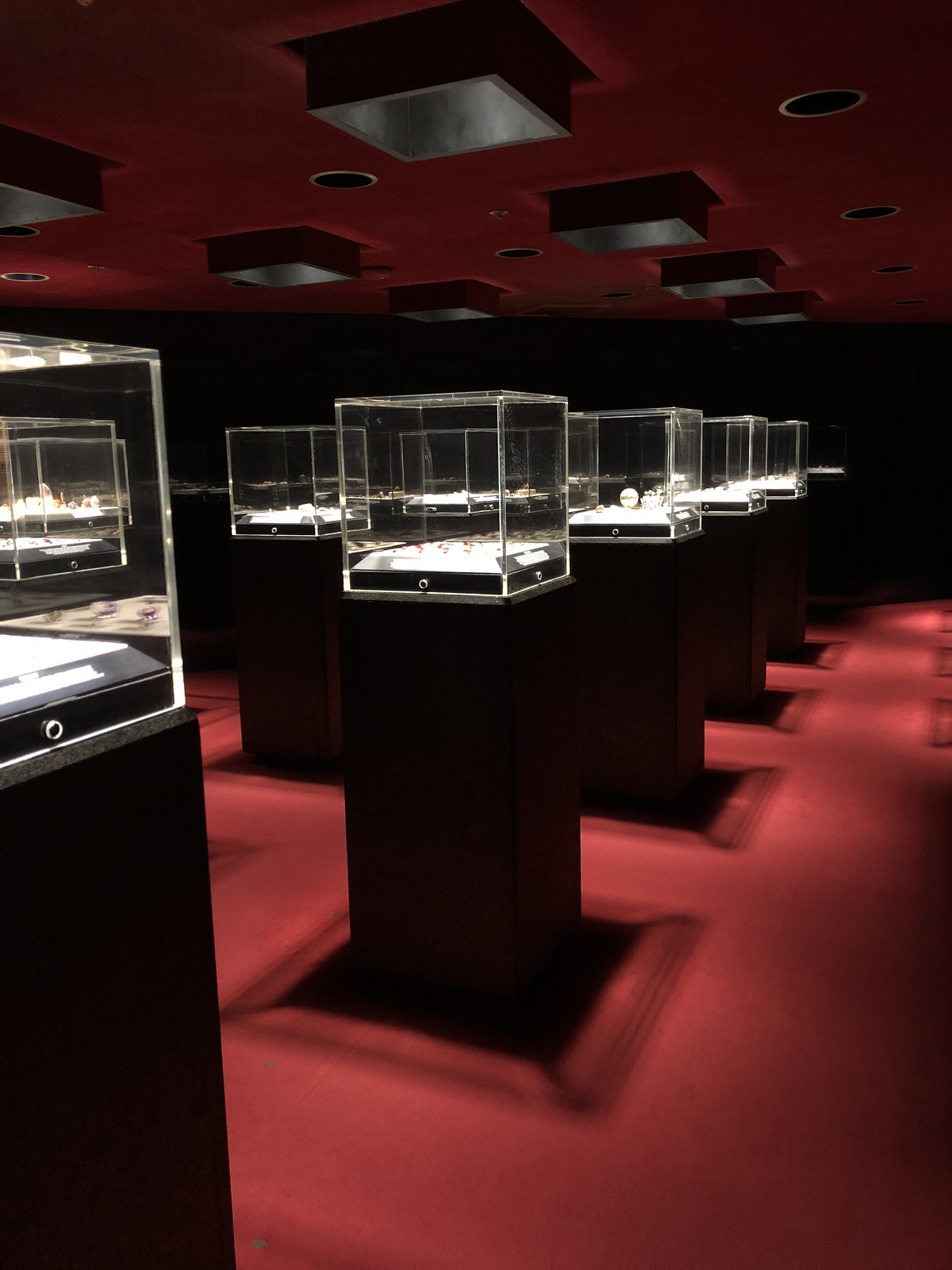 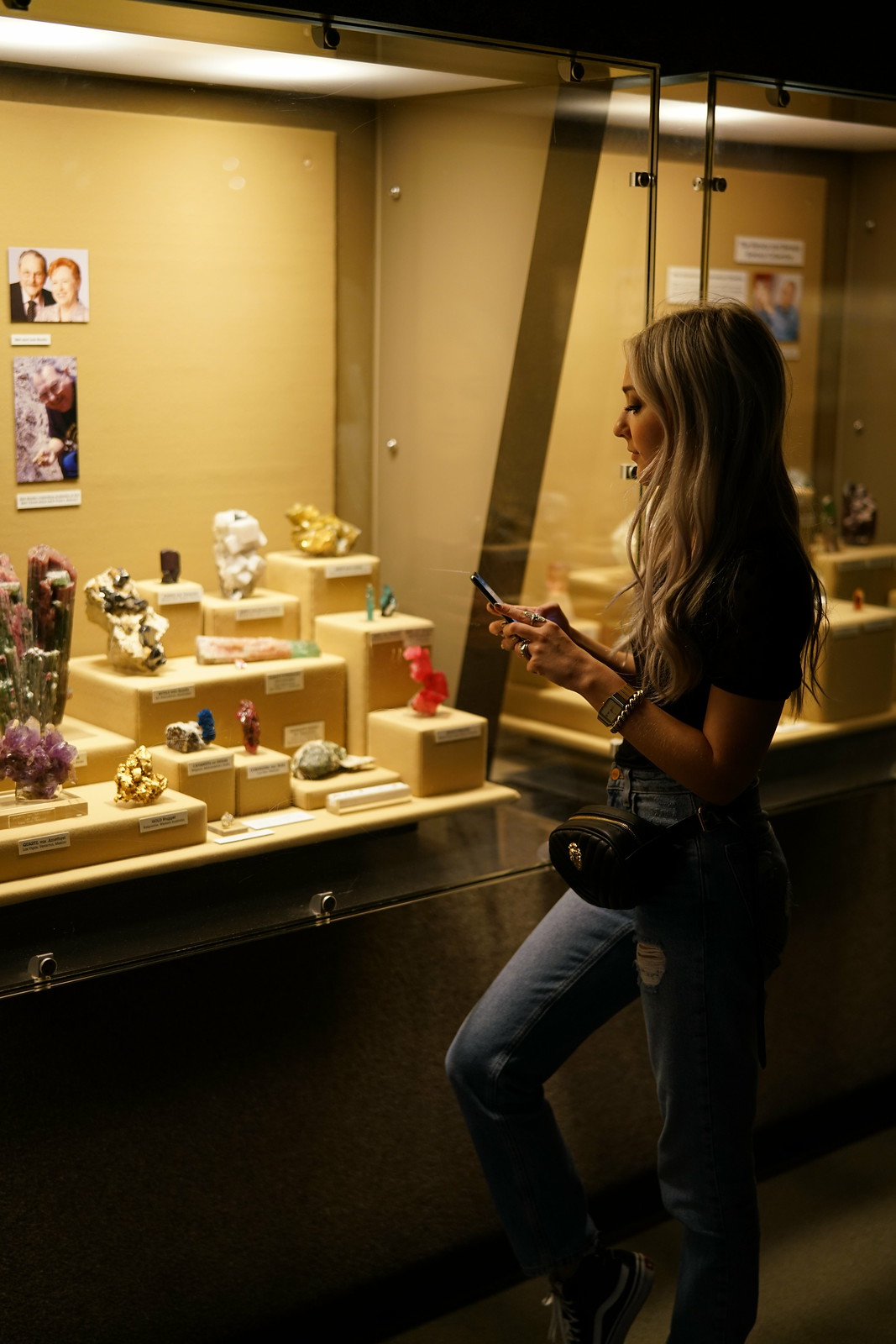 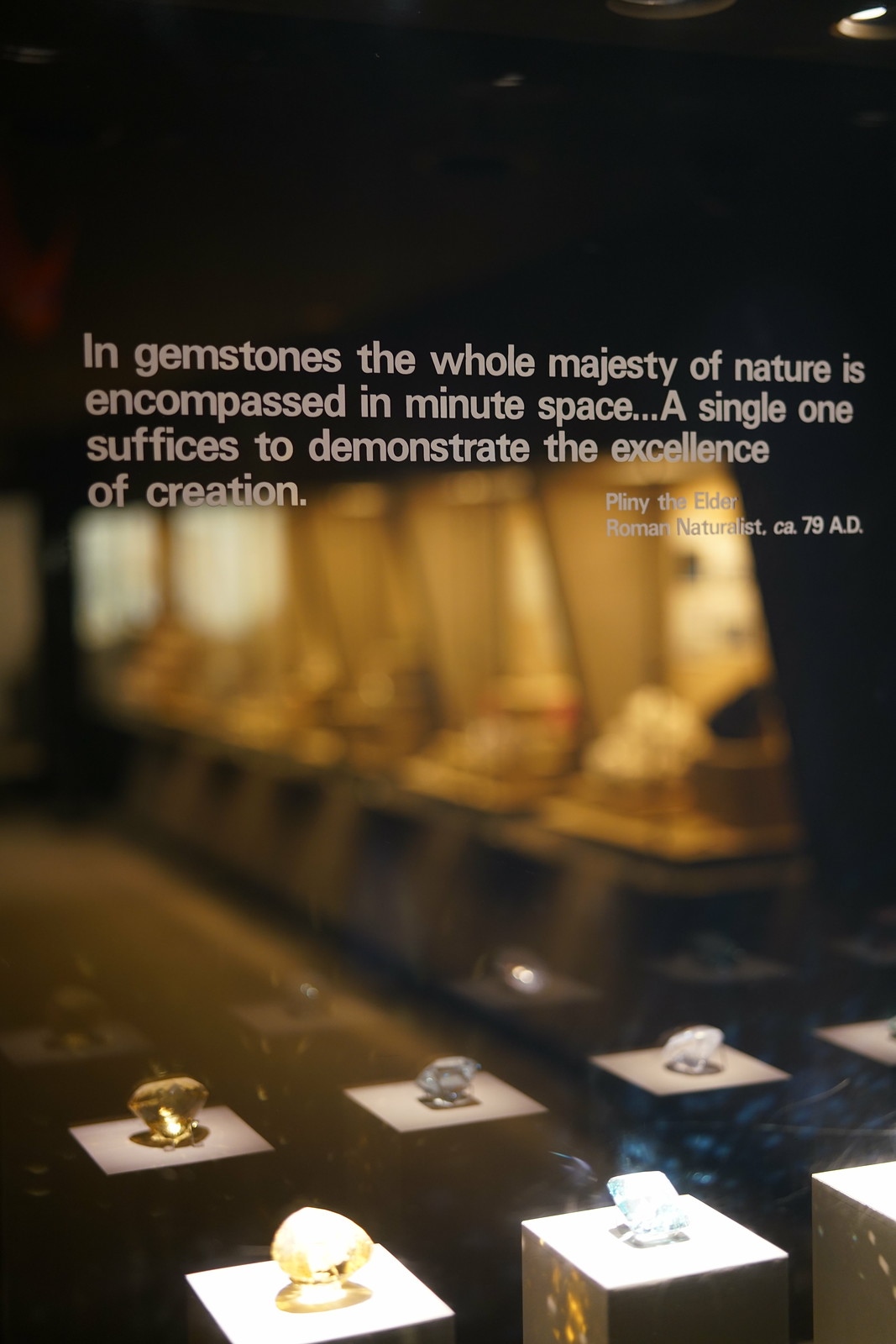 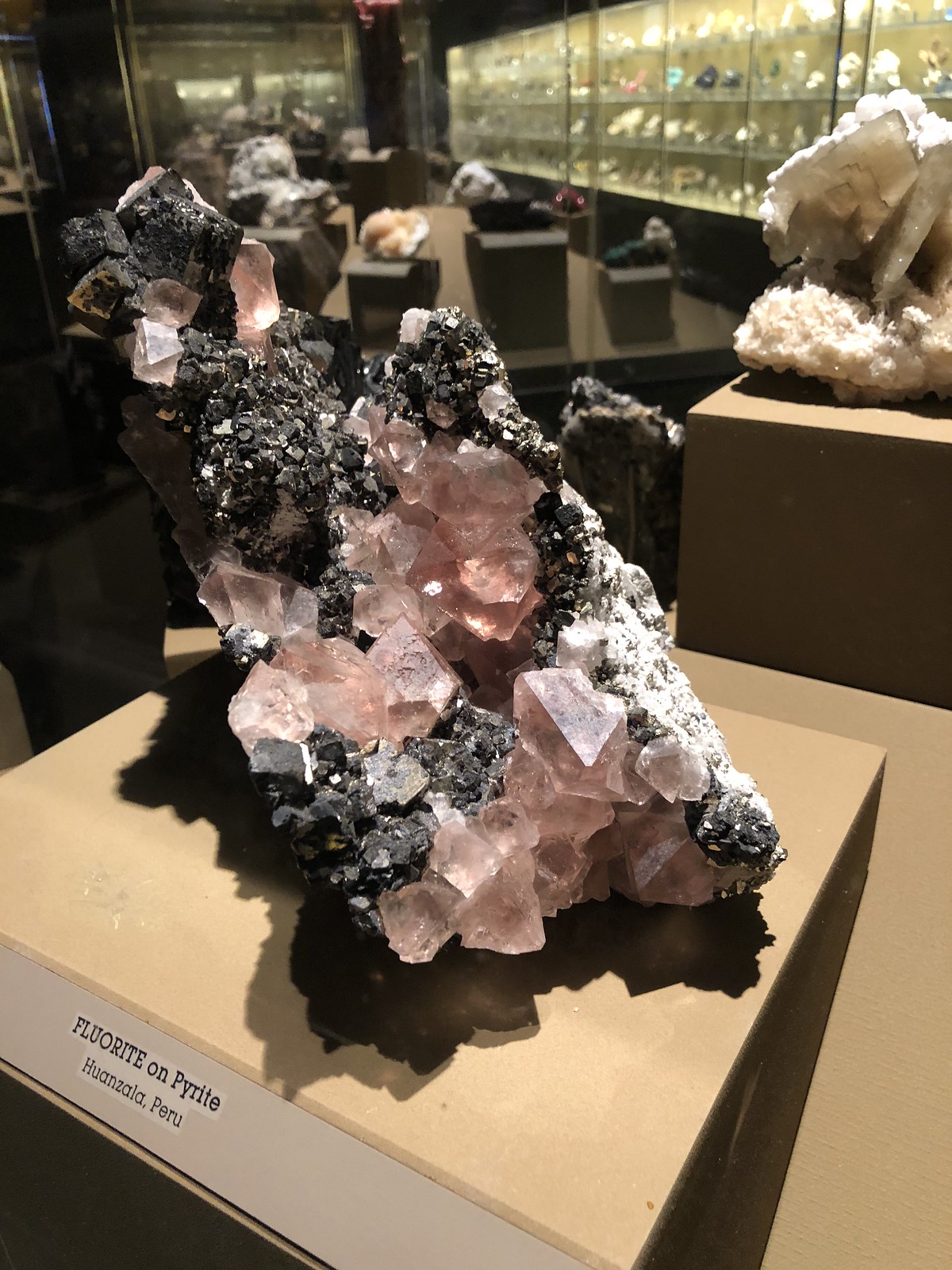 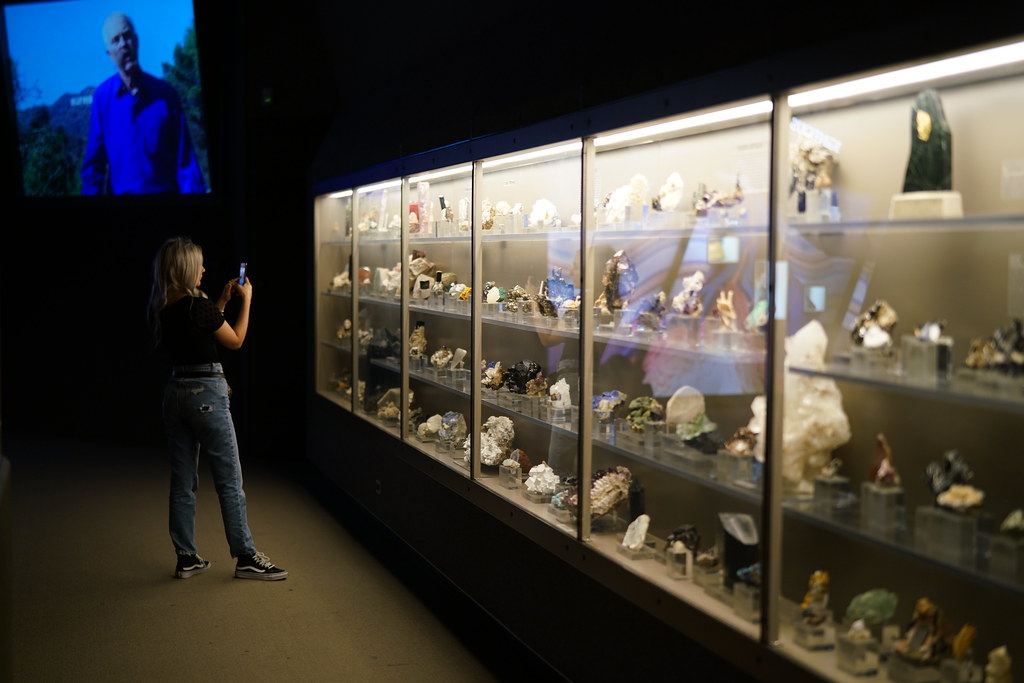 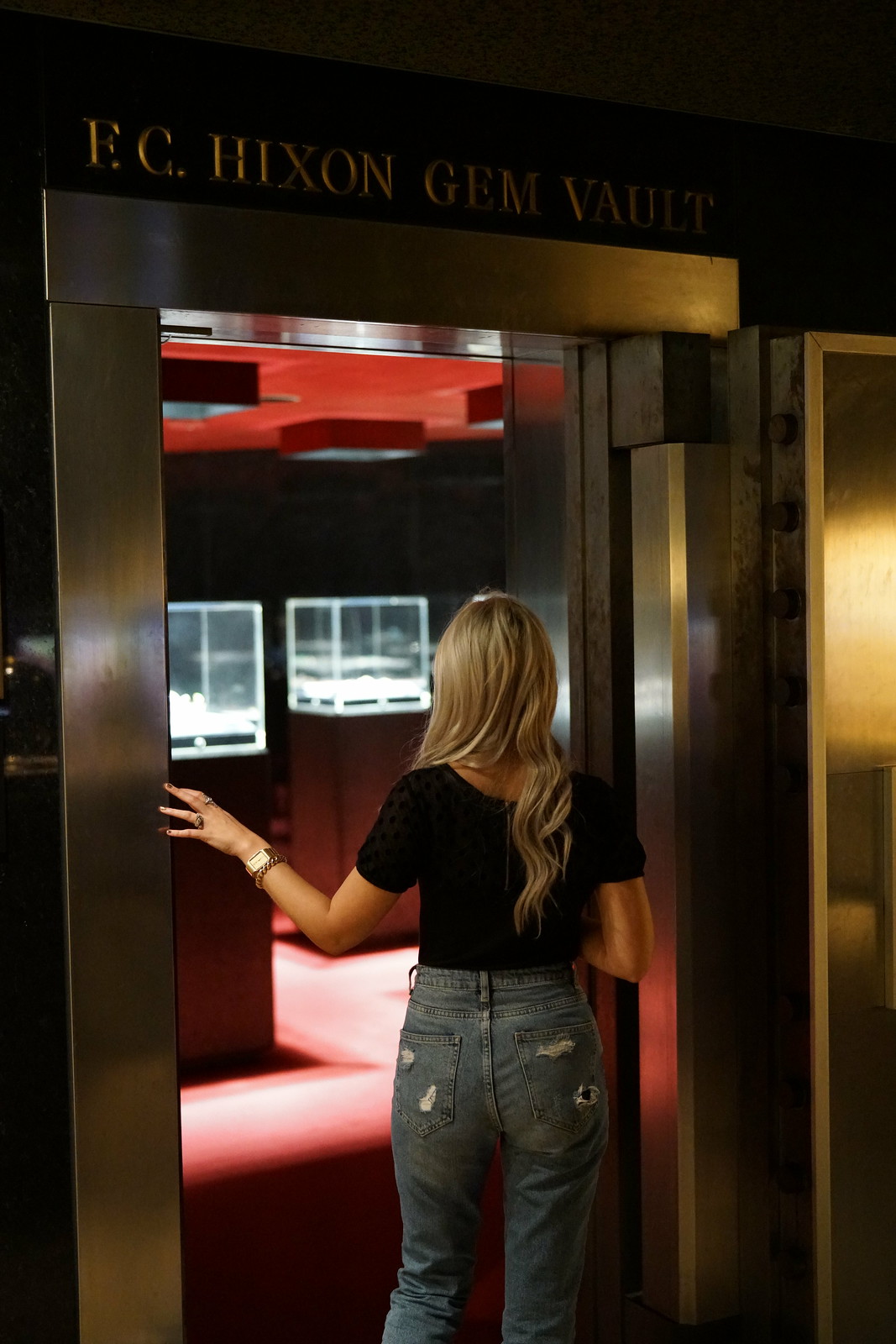 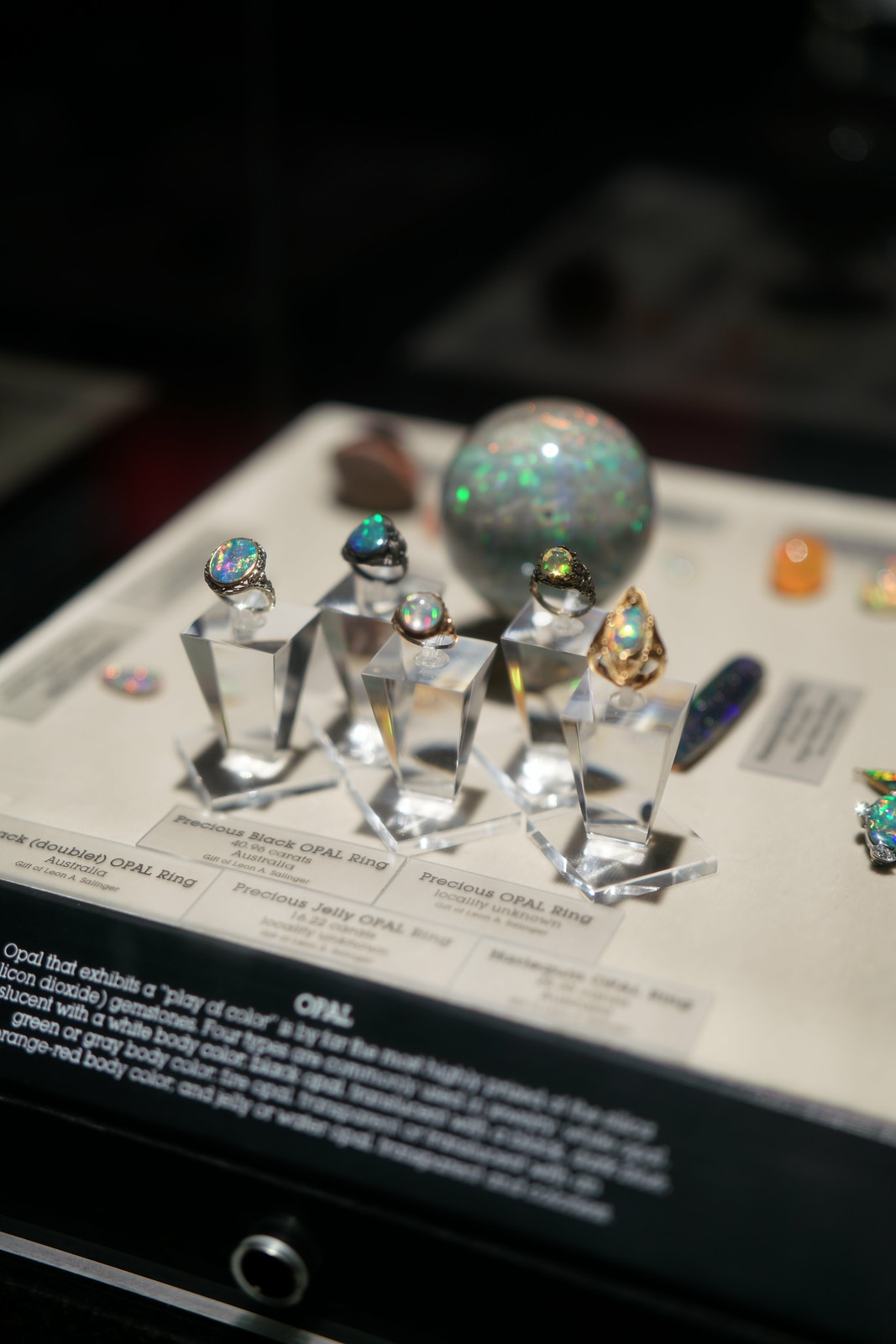 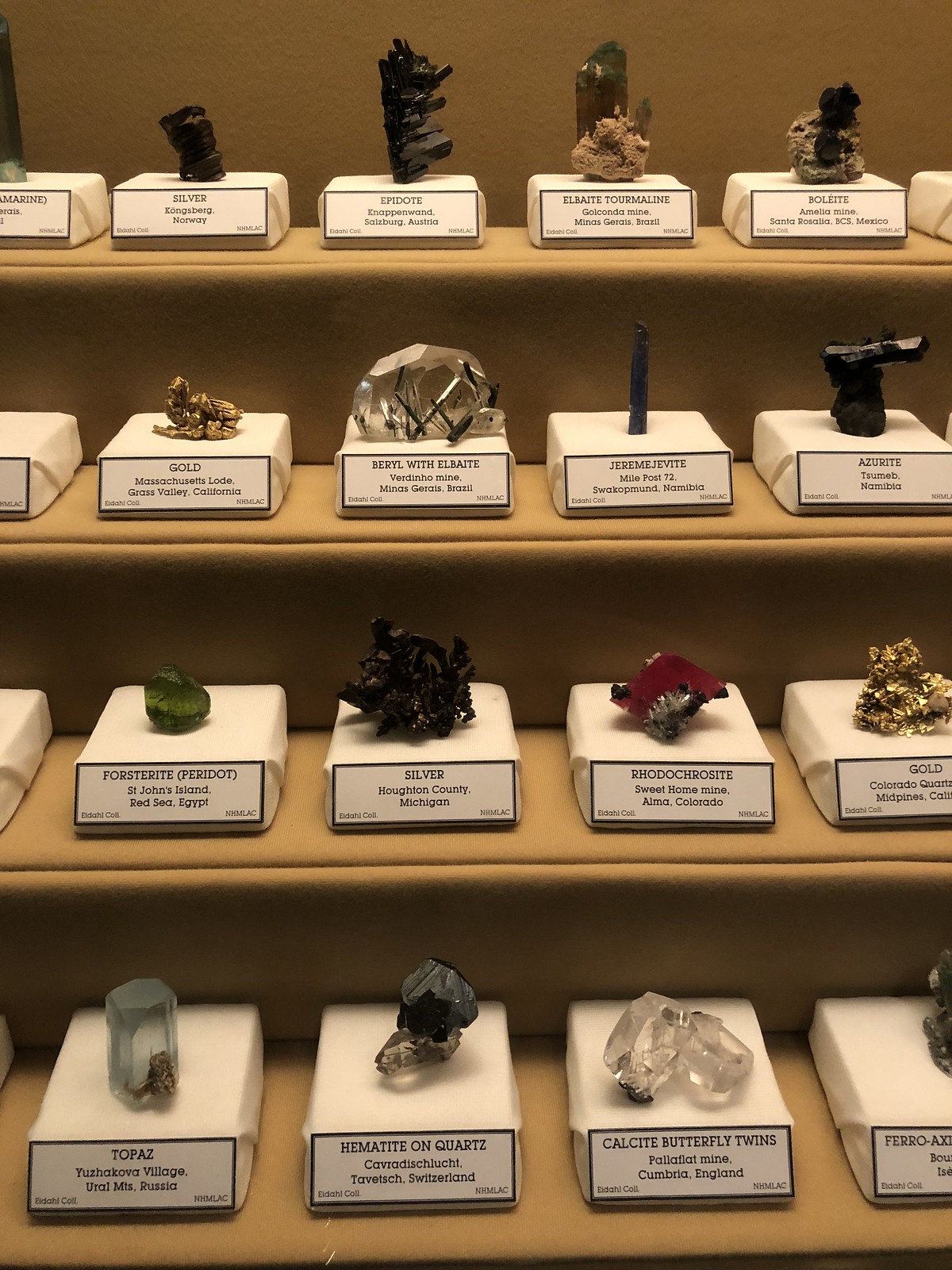 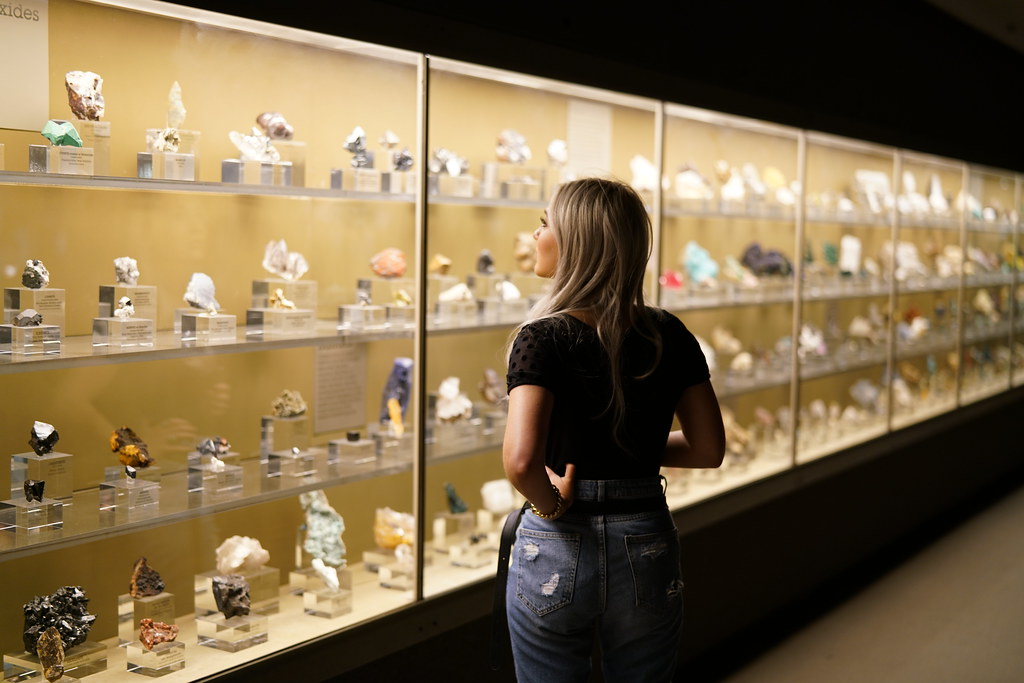 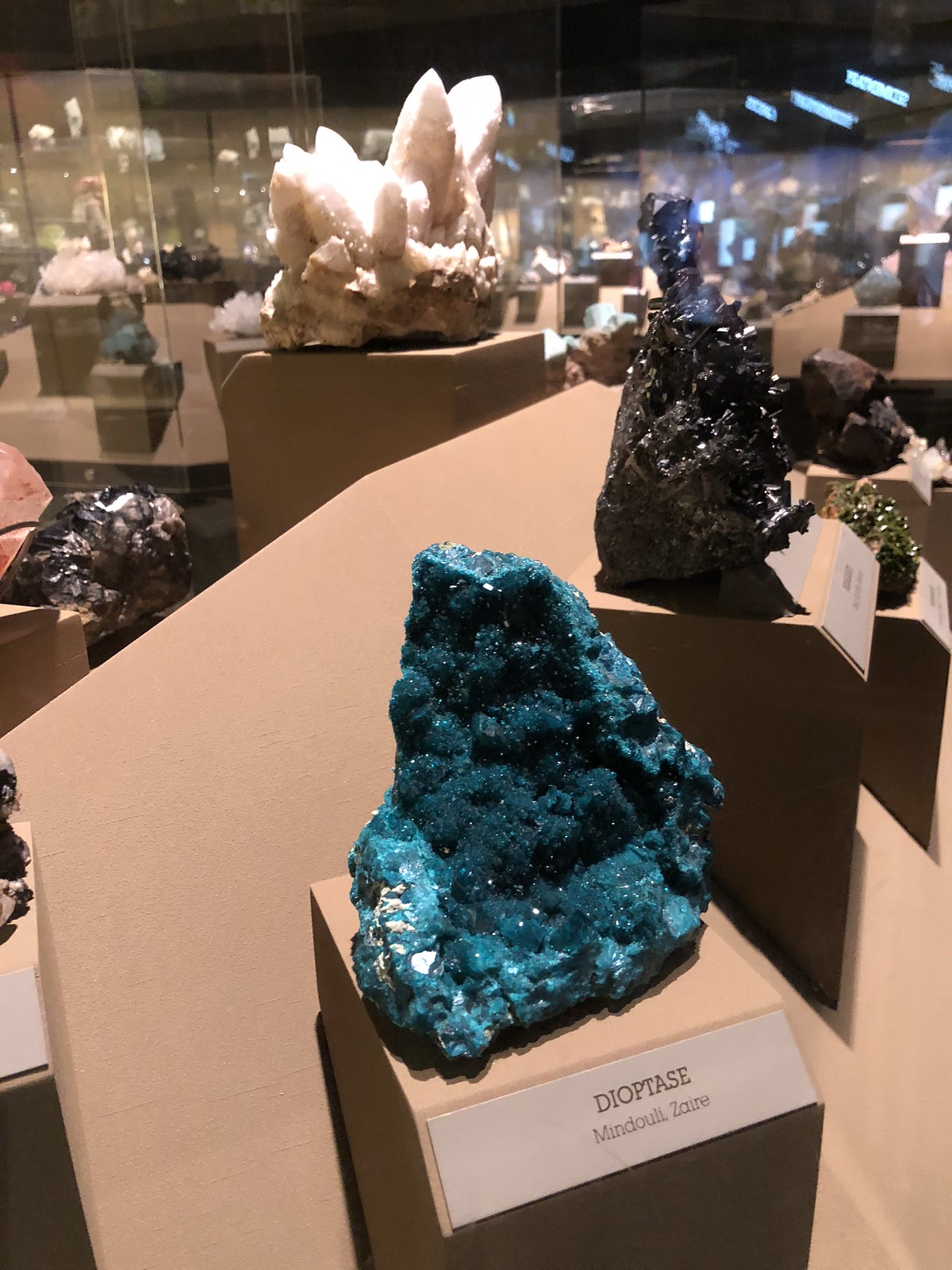 One of my favorite highlights from my trip to LA was visiting the Natural History Museum of LA. Lauren and I went early in the morning when it first opened up so we could beat the crowds, which worked out perfectly. There were a few groups of younger kids from schools visiting the museum, but we were still able to steer clear of the ruckus.  Their Gem & Mineral Hall is quite breath-taking and houses more than 2,000 specimens. It was first built and unveiled in May of 1978 and another addition was added to it in 1985. Being born in the 80s, this section of the museum gives me such nostalgia, I absolutely love it.

Upon entering, you’ll see the California minerals — these are all specimens that can be found in the state of California. Here you’ll find topaz, kunzite, morganite, tourmaline and lots more. There’s also a section featuring native gold, meaning gold found in its natural form. Next, a collection of meteorites which honestly I know nothing about and never really had an interest. I like the gems!  Which is why when I saw the Gem Vault, I beelined straight to it. Inside the Hixon Gem Vault are small stand-alone displays with groupings of gemstones. There’s a case with zircons, a case with phenomenal gems, one with synthetic examples, one with gems from California (my favorite one), and one with opals. It is quite the display and I love how it is literally inside of a real vault.

The collections of the Natural History Museum of LA first began through acquired small donors. You can learn about its entire history, including the gem hall being built and each of the head curators’ contributions here.  It has obviously grown at a steady rate over the decades, to now where it is considered one of the top collections in the United States (coming in behind the Smithsonian).

I had so much fun exploring the displays and feeling peaceful with an almost-empty museum. I highly recommend it next time you visit LA!

Photos are a combination of my iPhone and by Lauren Newman Photography.