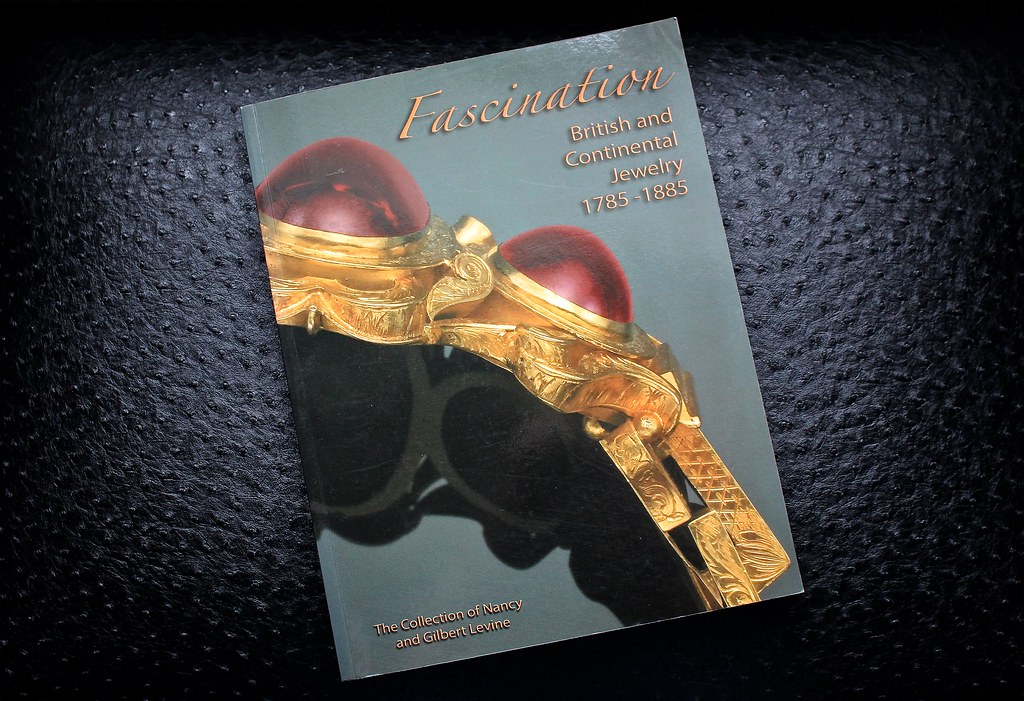 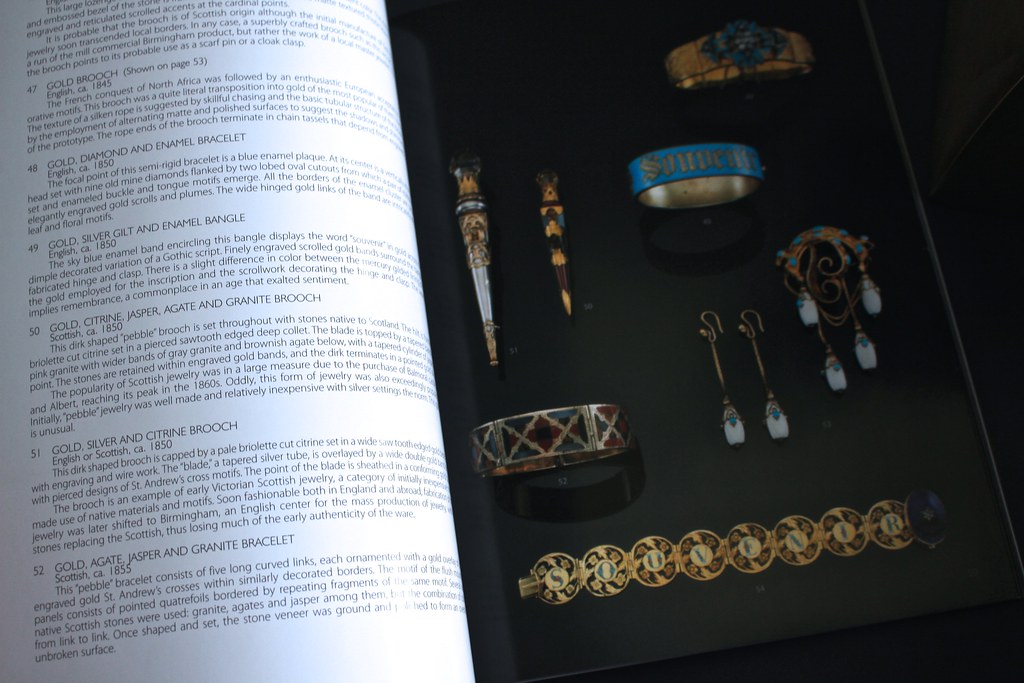 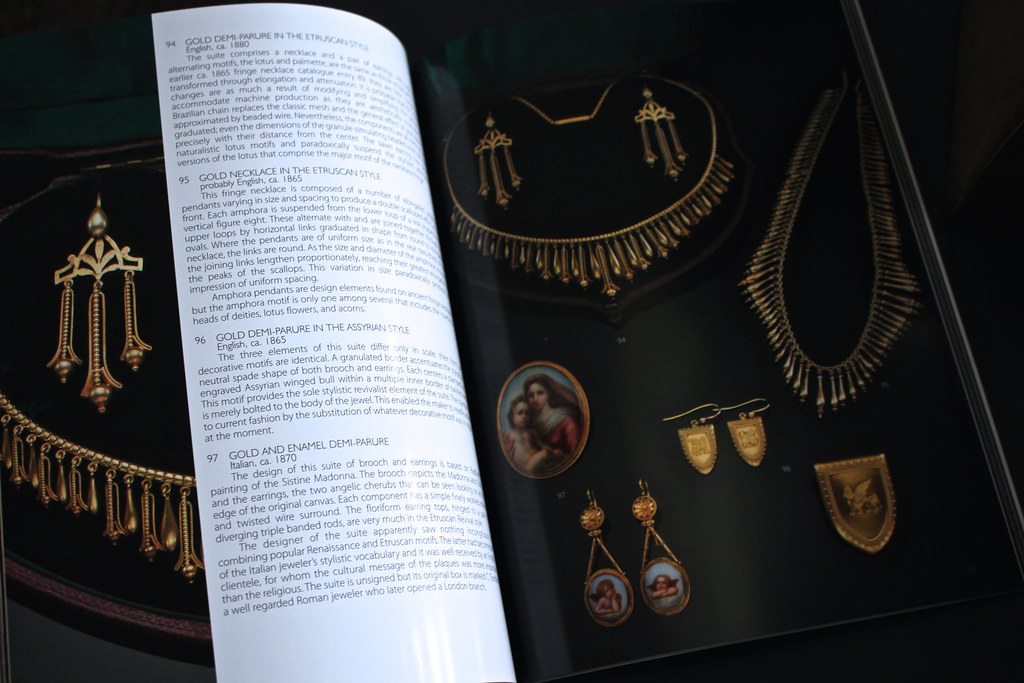 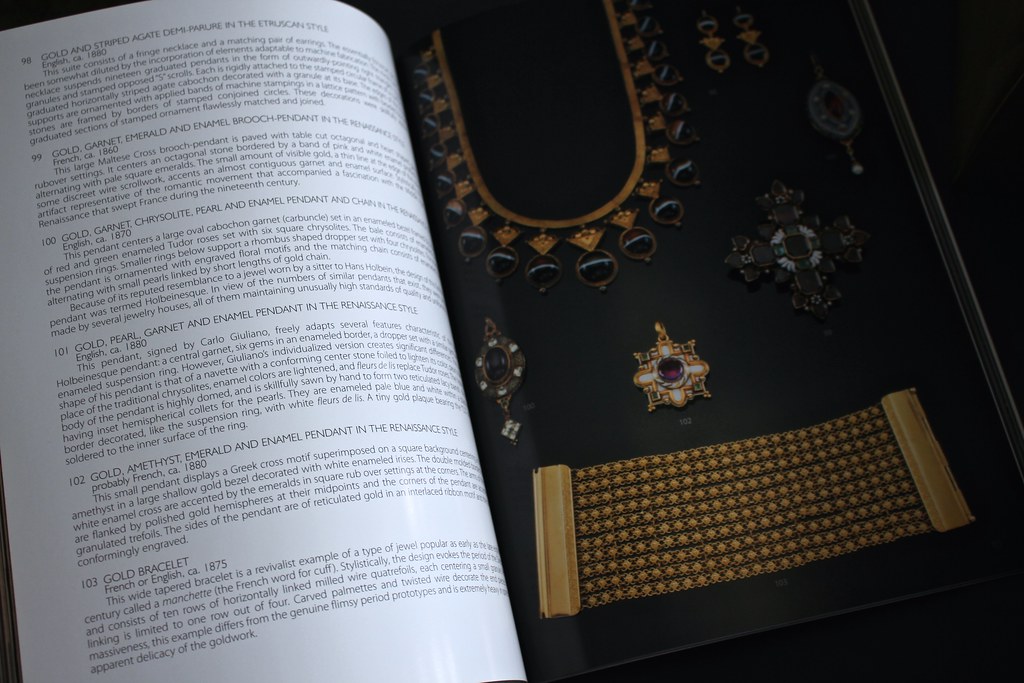 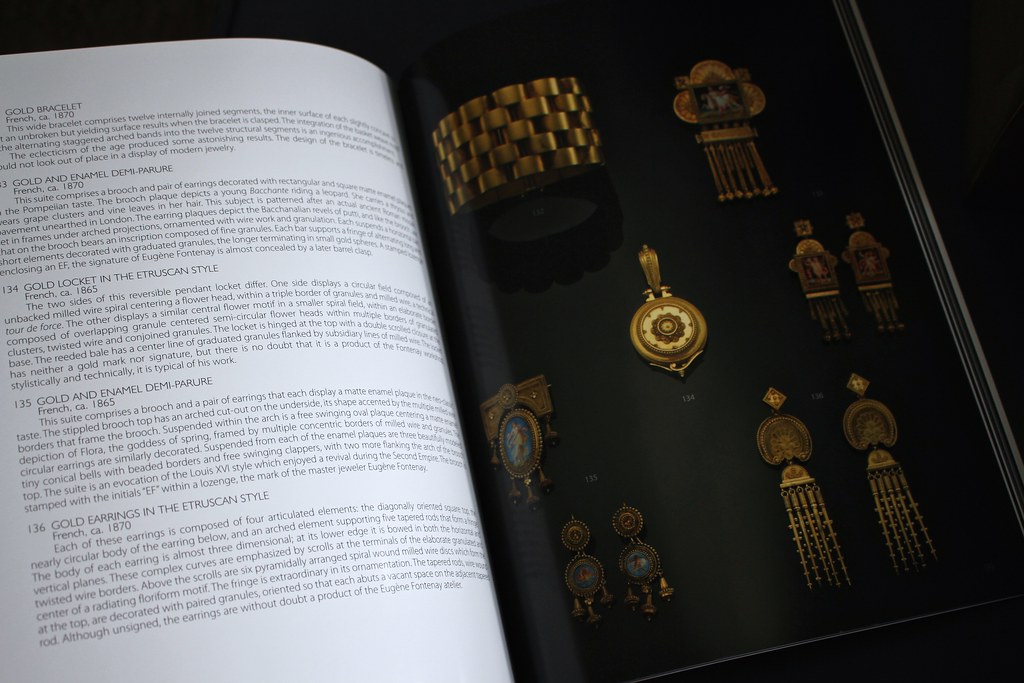 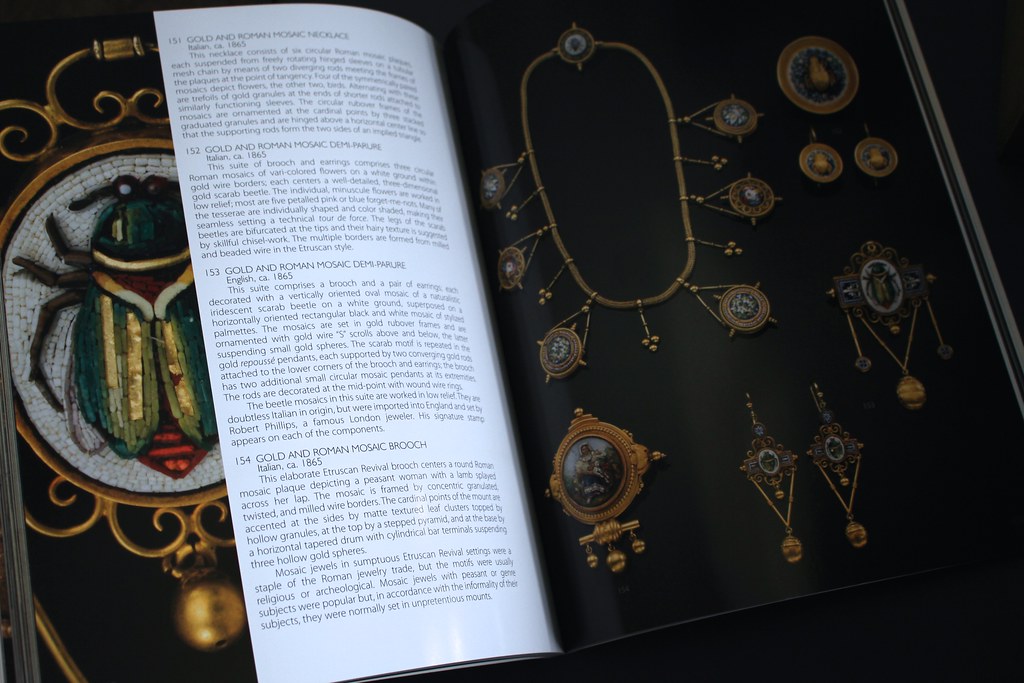 A book like Fascination: British and Continental Jewelry 1785-1885 The Collection of Nancy and Gilbert Levine

is the type of jewelry book that I am constantly longing for–a glimpse into someone’s personal collection, featuring descriptions of each piece and hopefully a little insight into the collector’s mind.  This is exactly what you get with this book and I am forever grateful!  A special thanks to Lenore Dailey who recommended this book via Instagram–what a wonderful community we have as jewelry collectors!

As with most collections, it always starts with one piece and one beautiful story.  For collectors Nancy Levine and the late Gilbert Levine, whose collection of over 200 pieces is chronicled here, it was an Assyrian bangle bracelet that started it all.  The couple were on a trip in London during the 1960s and stumbled upon this piece in a shop window.  It was then that they fell in love with the sheer beauty and craftsmanship of the time period, and an obsession was born.  Since then, the collection has been graciously loaned to be featured in several museums across the United States, with the Museum of Arts and Sciences in Daytona Beach, Florida being a long-holding curator as well as the force behind this publication.  It is very magical, as a collector, to hear the words used to describe Ms. Levine when she gushed over her pieces–pouring out historical information like an expert and with a spark in her eye. It is a feeling most collectors understand!

The book showcases the collection in beautiful, colored photographs with excellent descriptions of each piece which will both fascinate and educate any reader.  I love Ms. Levine’s introduction titled, “On Collecting.” The book is divided into sections based on time period and themes, with a focus on jewelry from 1785-1885 only–a truly unique time period in both jewelry and history.  Although this book doesn’t focus too much on the historical aspect, it does give a brief overview of what was going on during that period of 100 years before getting into the jewelry, which helps to understand the aspects of the jewelry more fully.  The sections are broken down into Jewelry of the Gentry, Cannetille, William IV, The Bourbon Restoration, Early Victorian, Cameos, Revivalist, Late Victorian, Second Empire, Mosaics, Mourning, Souvenir, Evening Glitter, Religious Symbols, Earrings, and Jewelry of the Less Affluent.

I have to admit, this time period is one I know the least about, so reading this book really had my knowledge growing!  I won’t give too much information away, other than it is a must-have for any antique jewelry collector!  Here are just a few key points I learned from this amazing, chronicled collection:

To buy a copy for yourself: (I bought a used copy through Amazon and it was signed by the curator!)