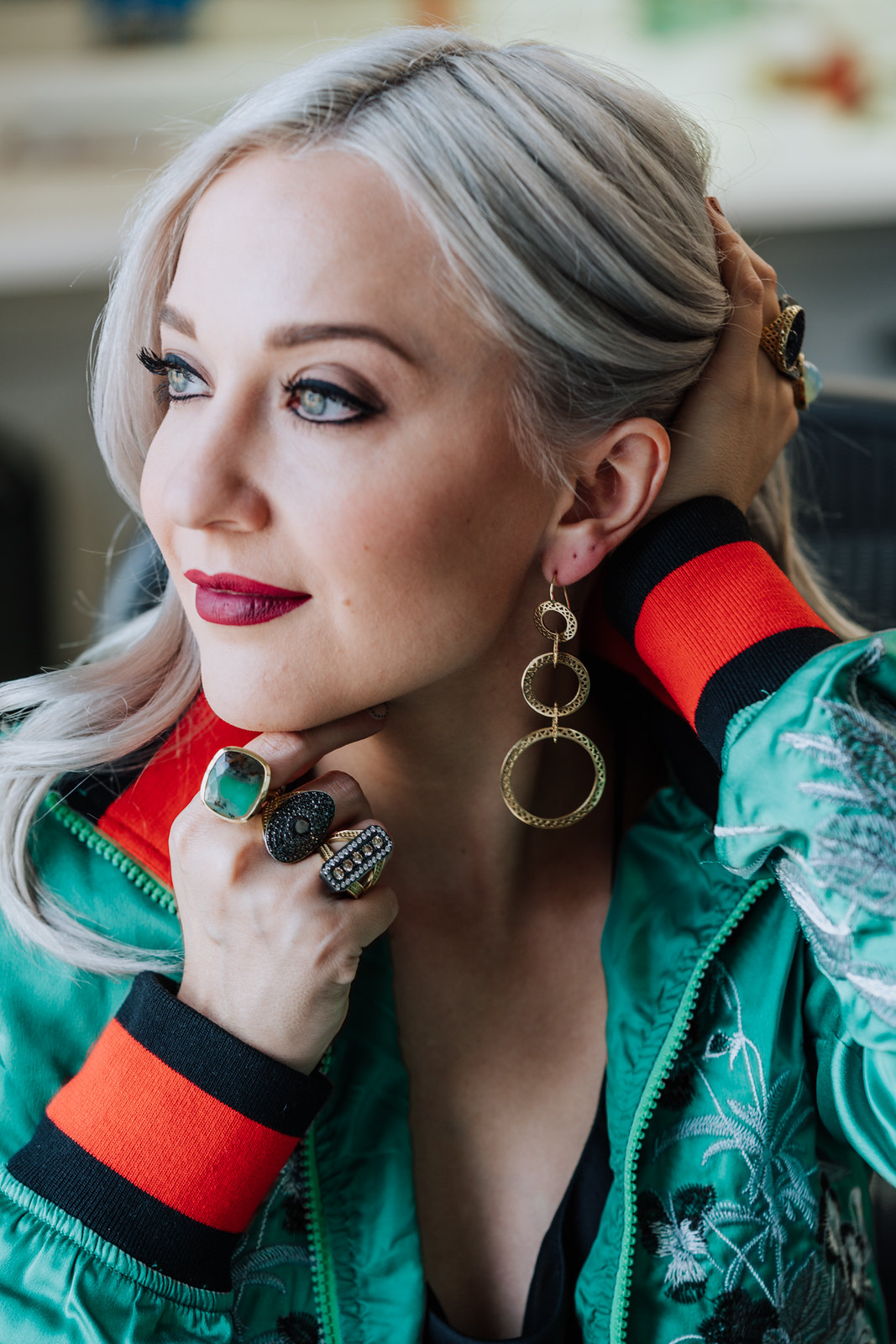 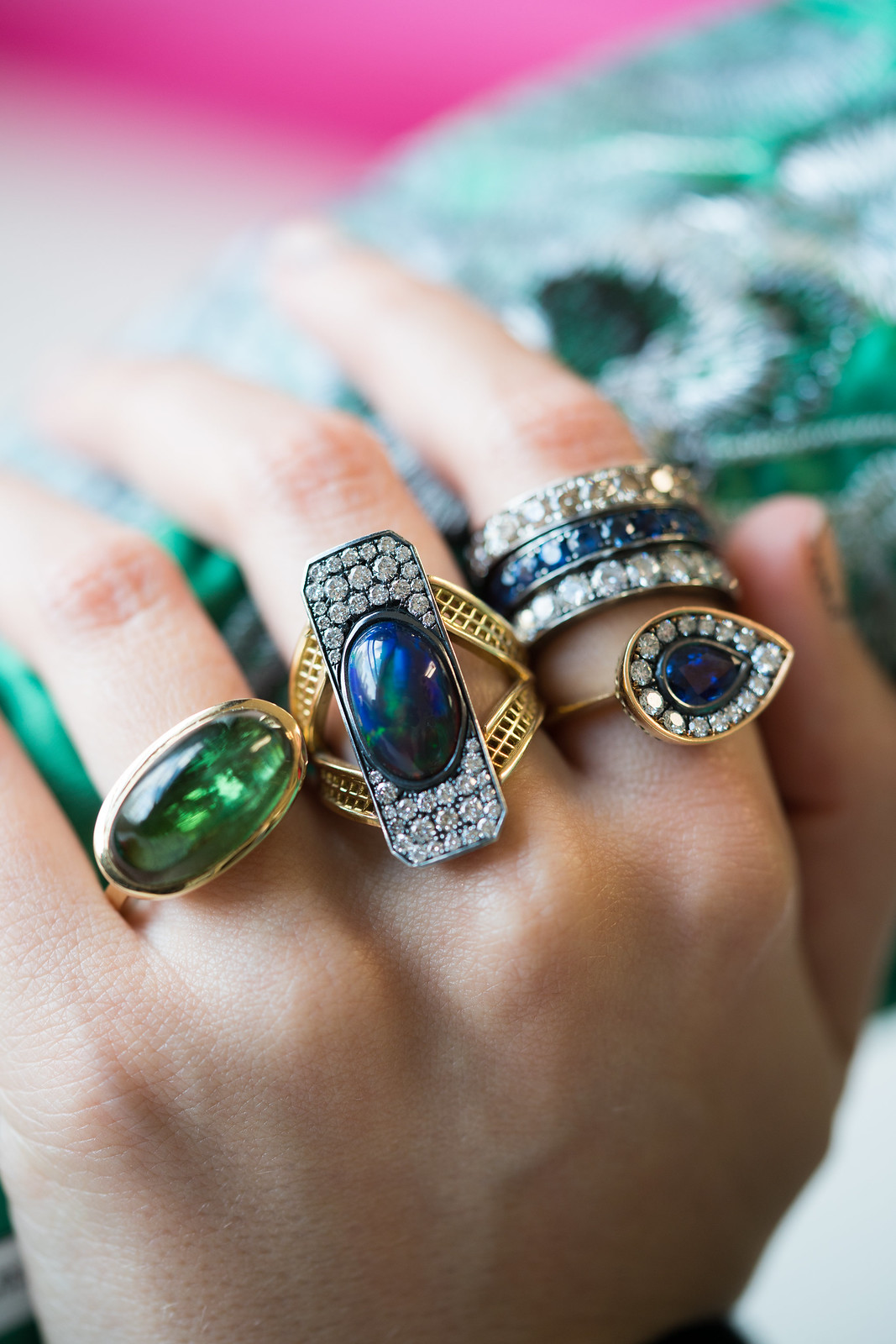 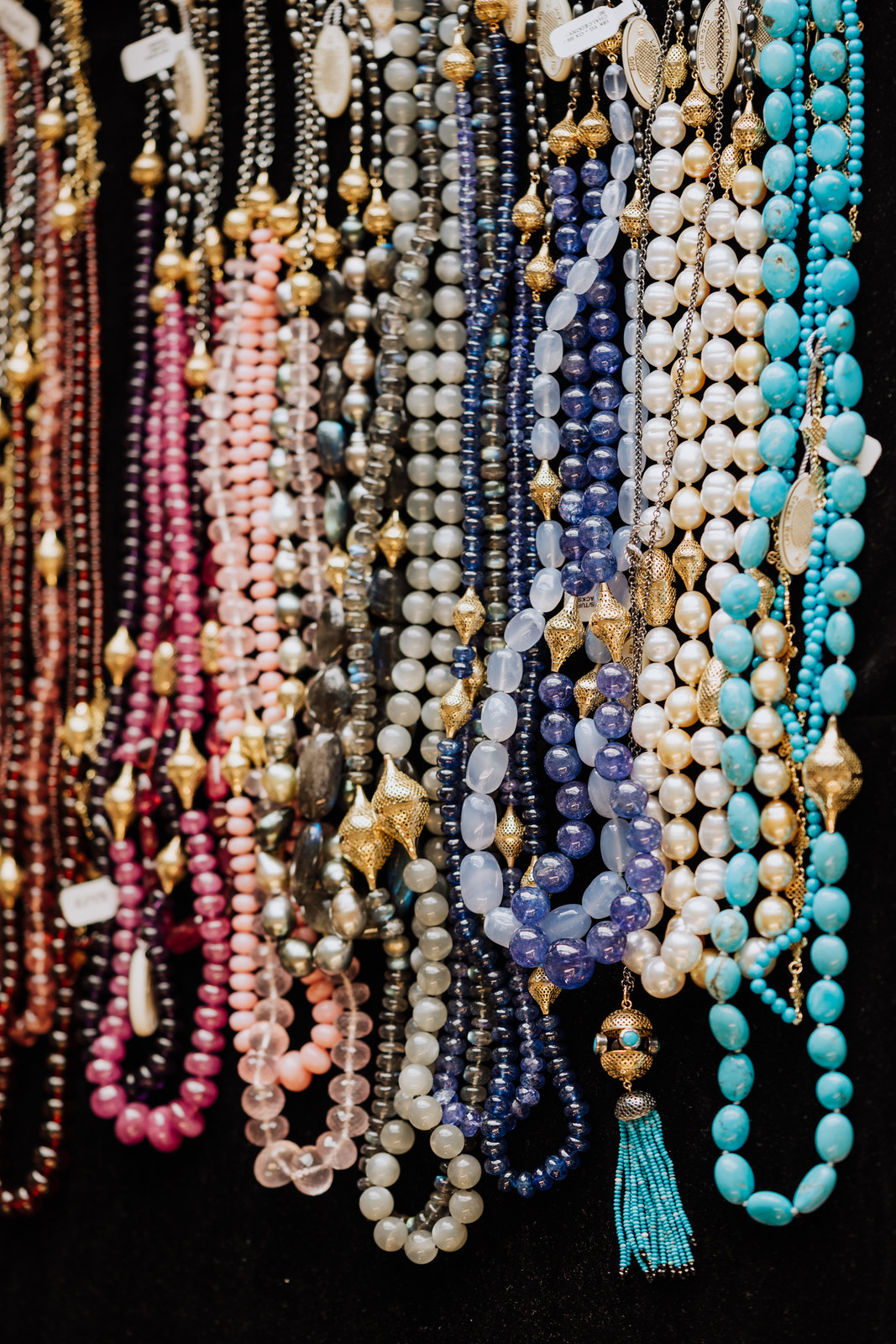 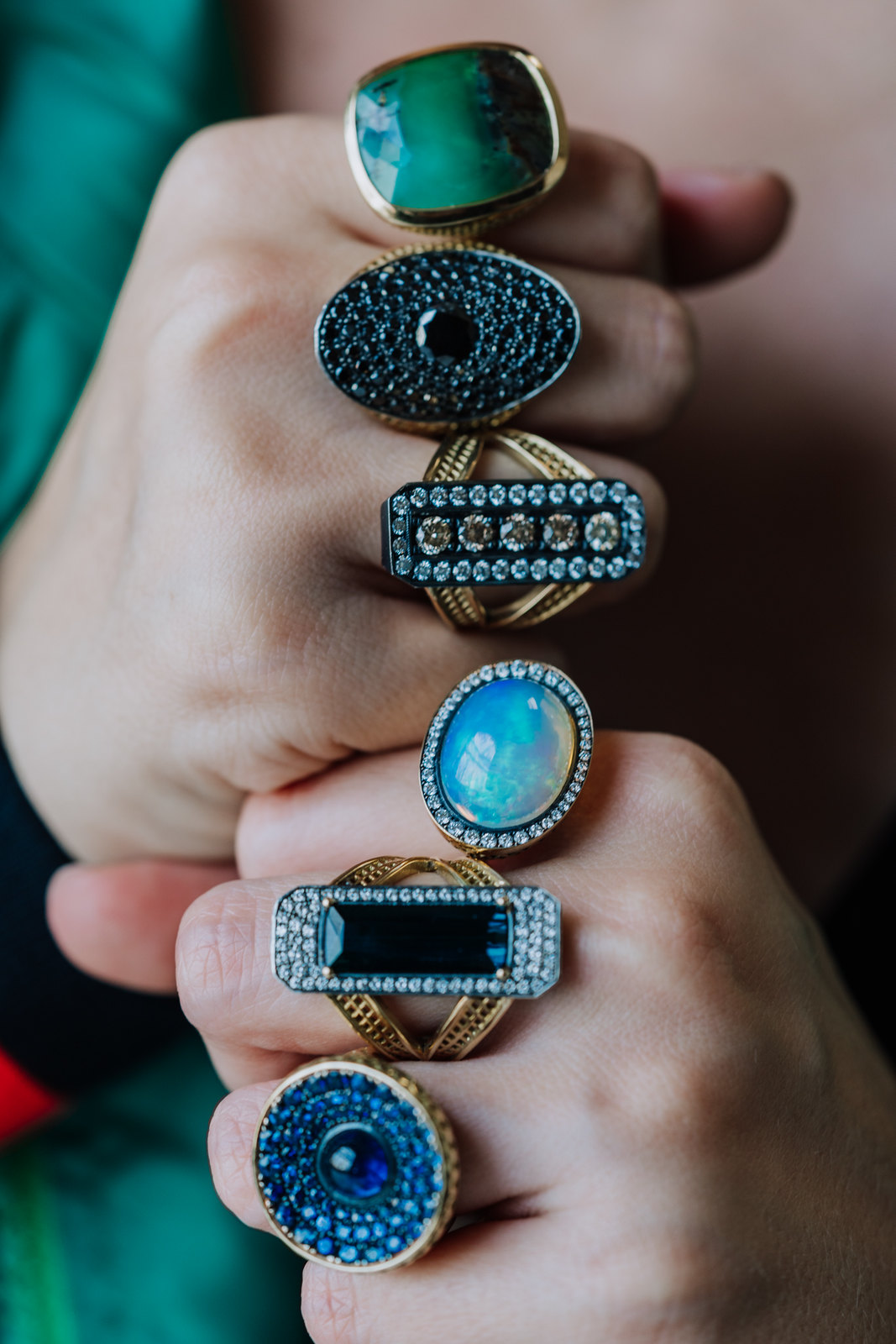 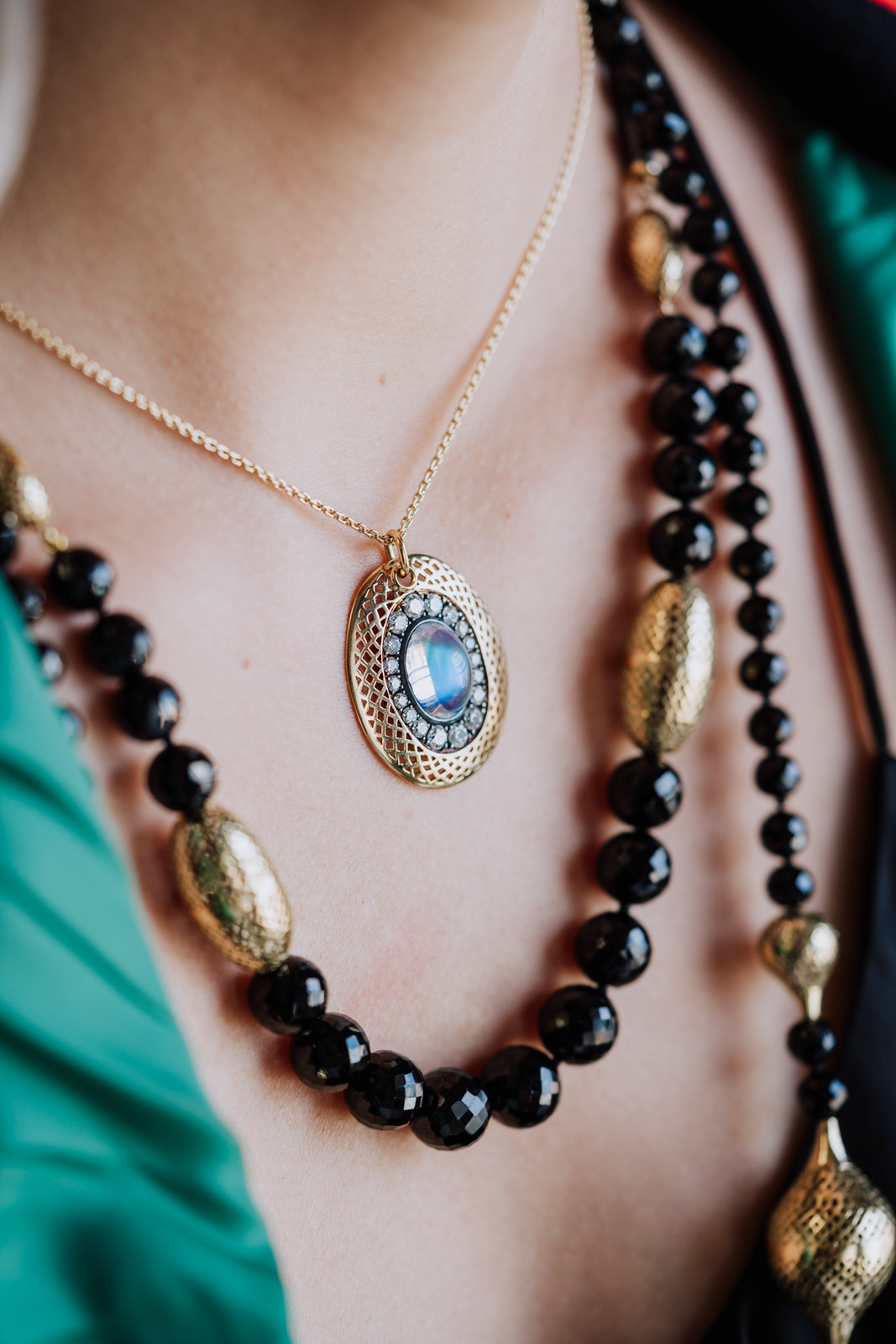 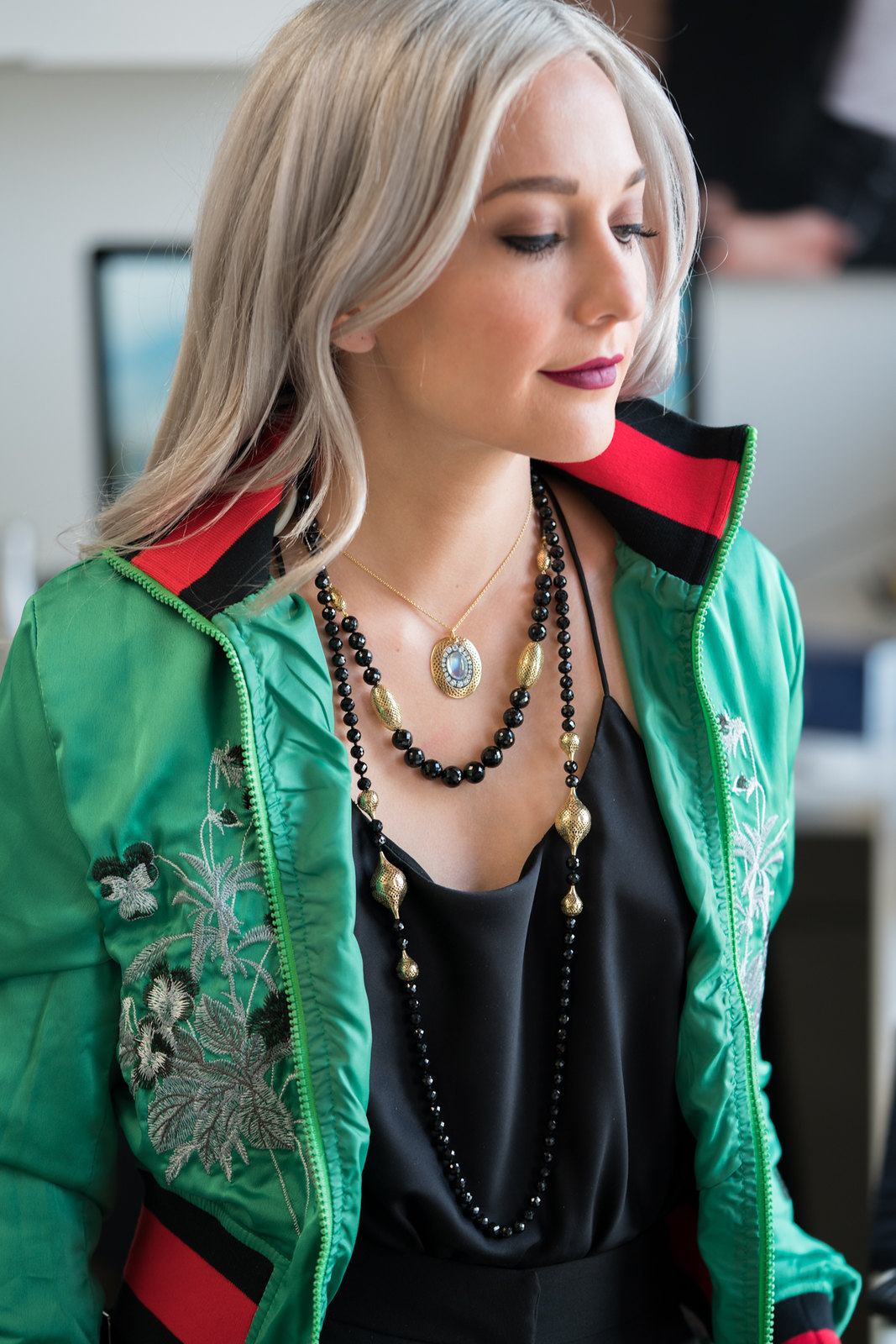 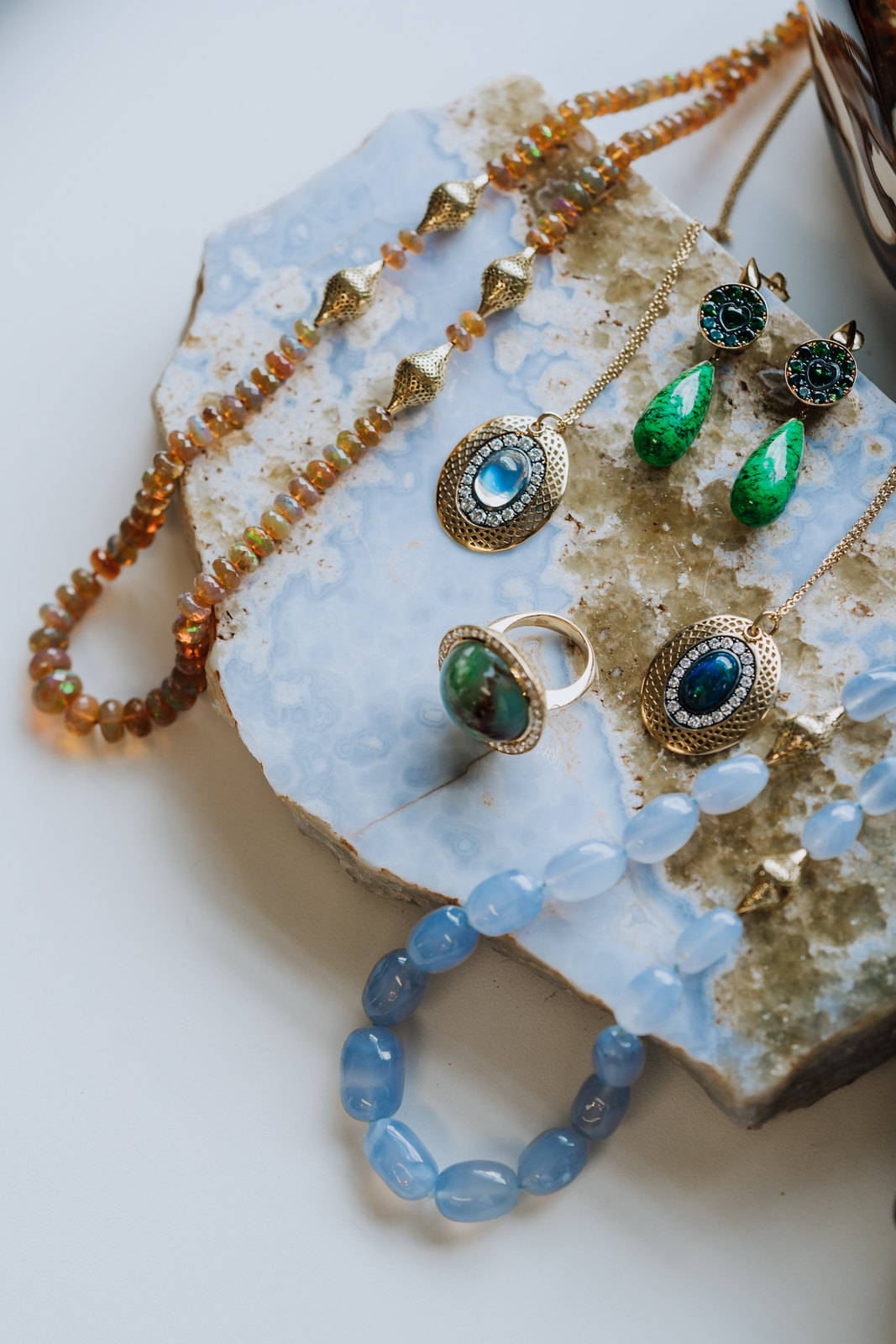 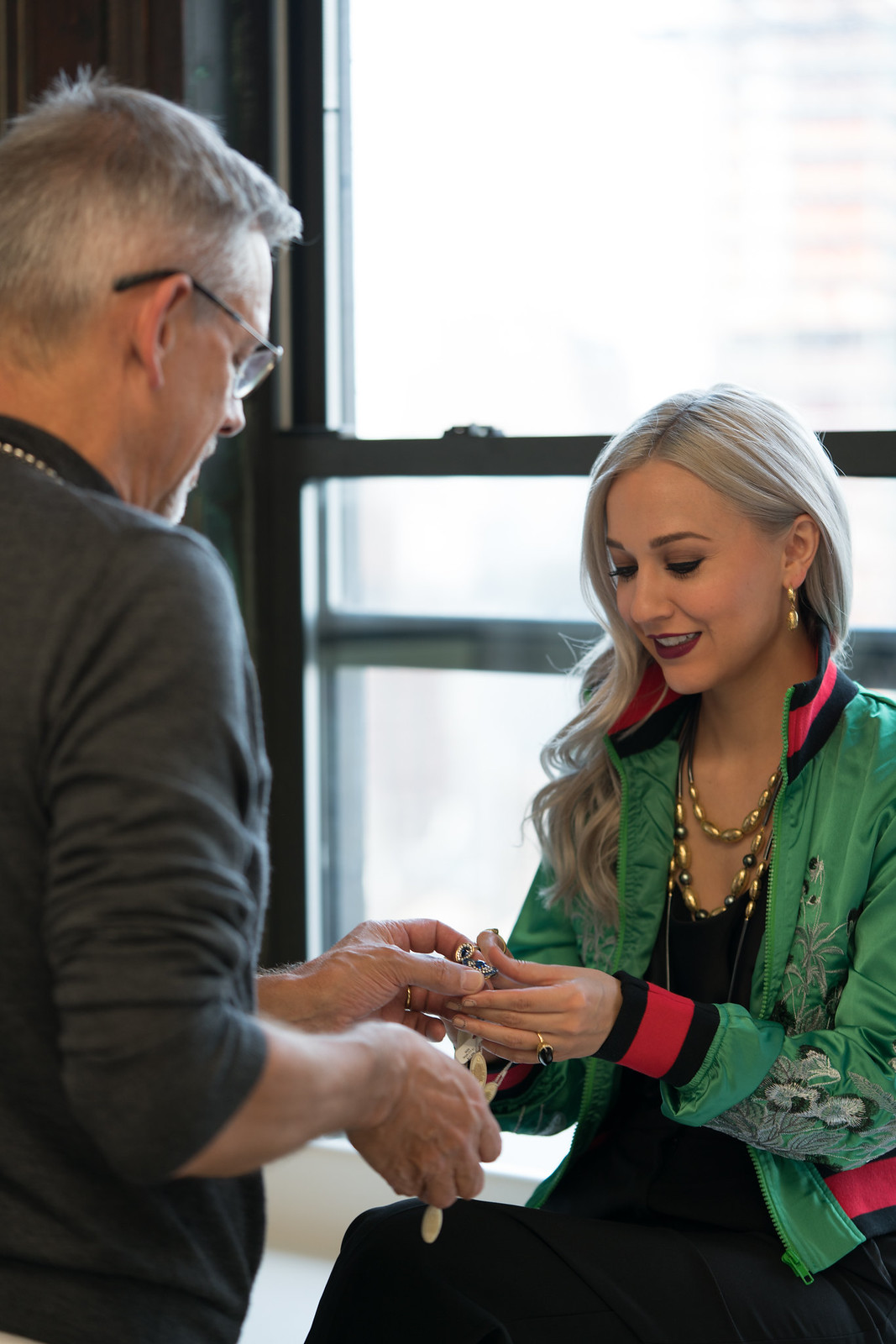 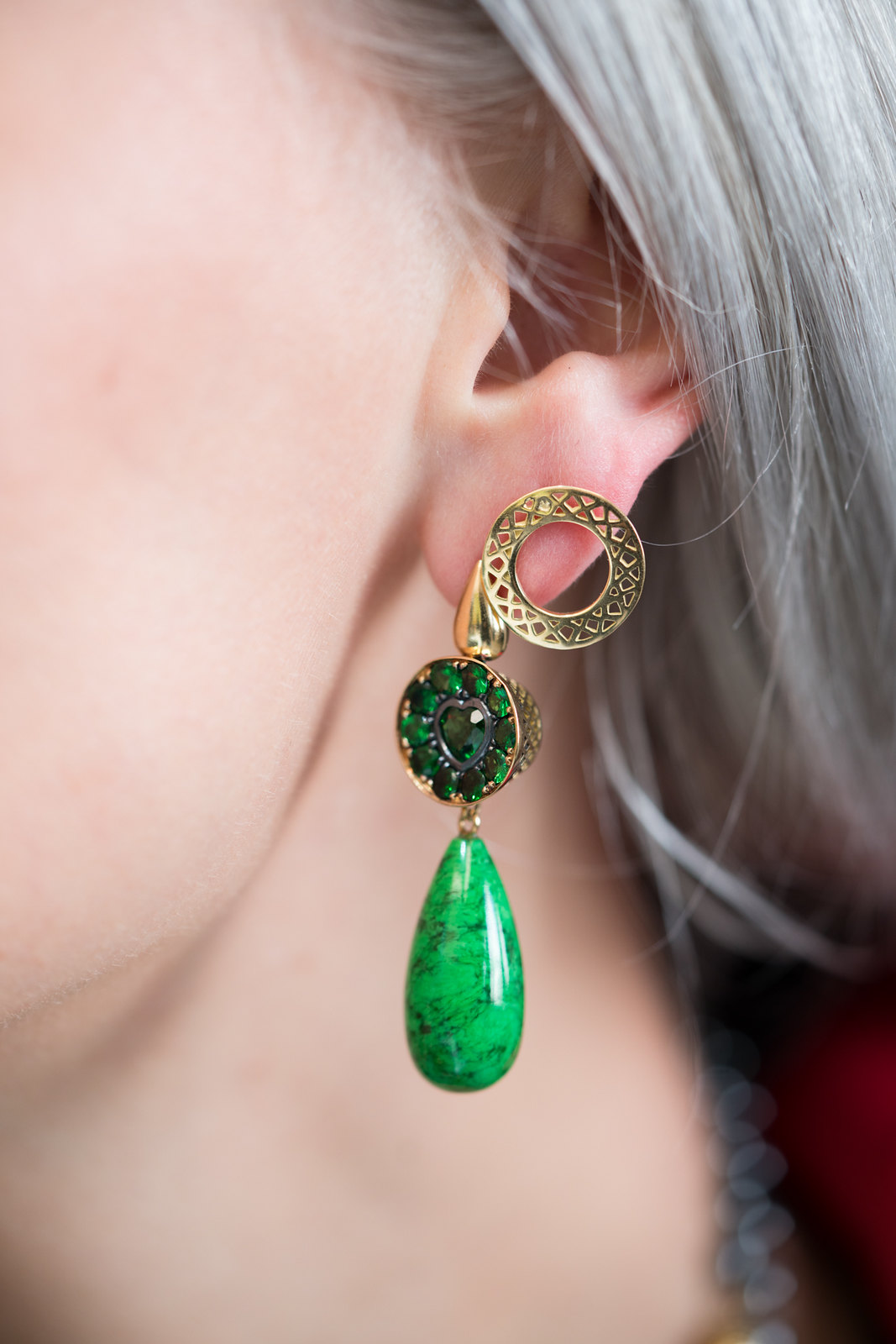 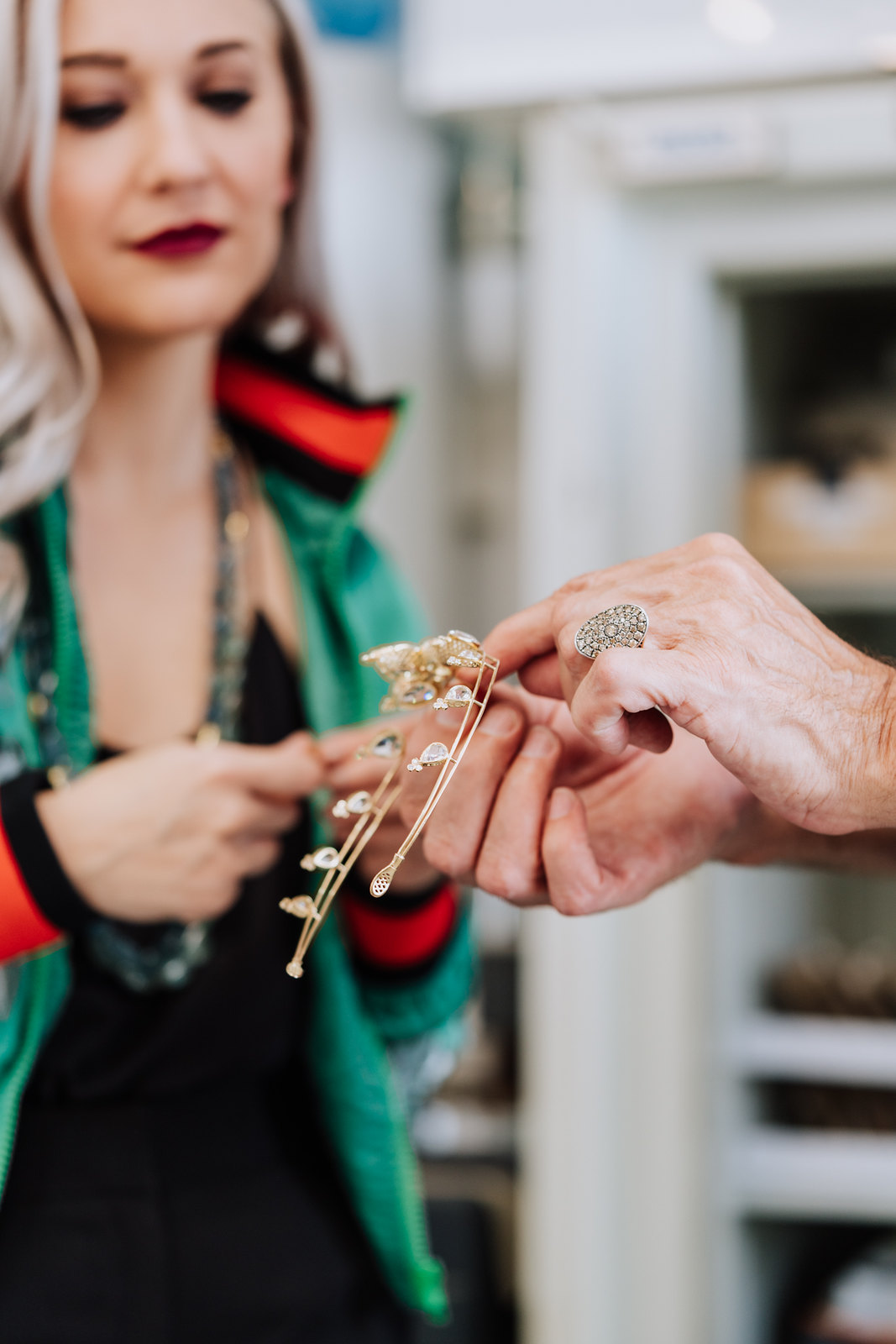 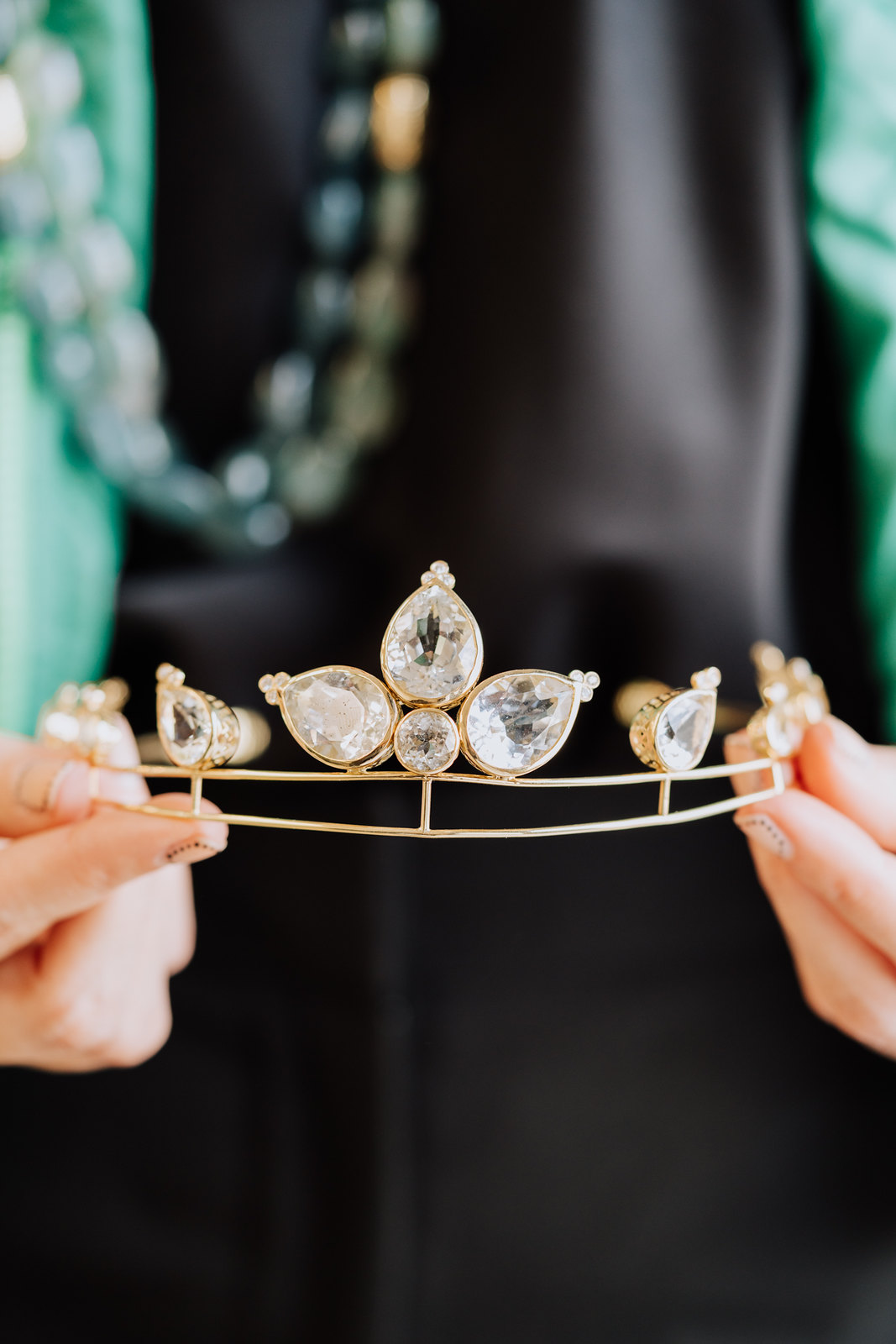 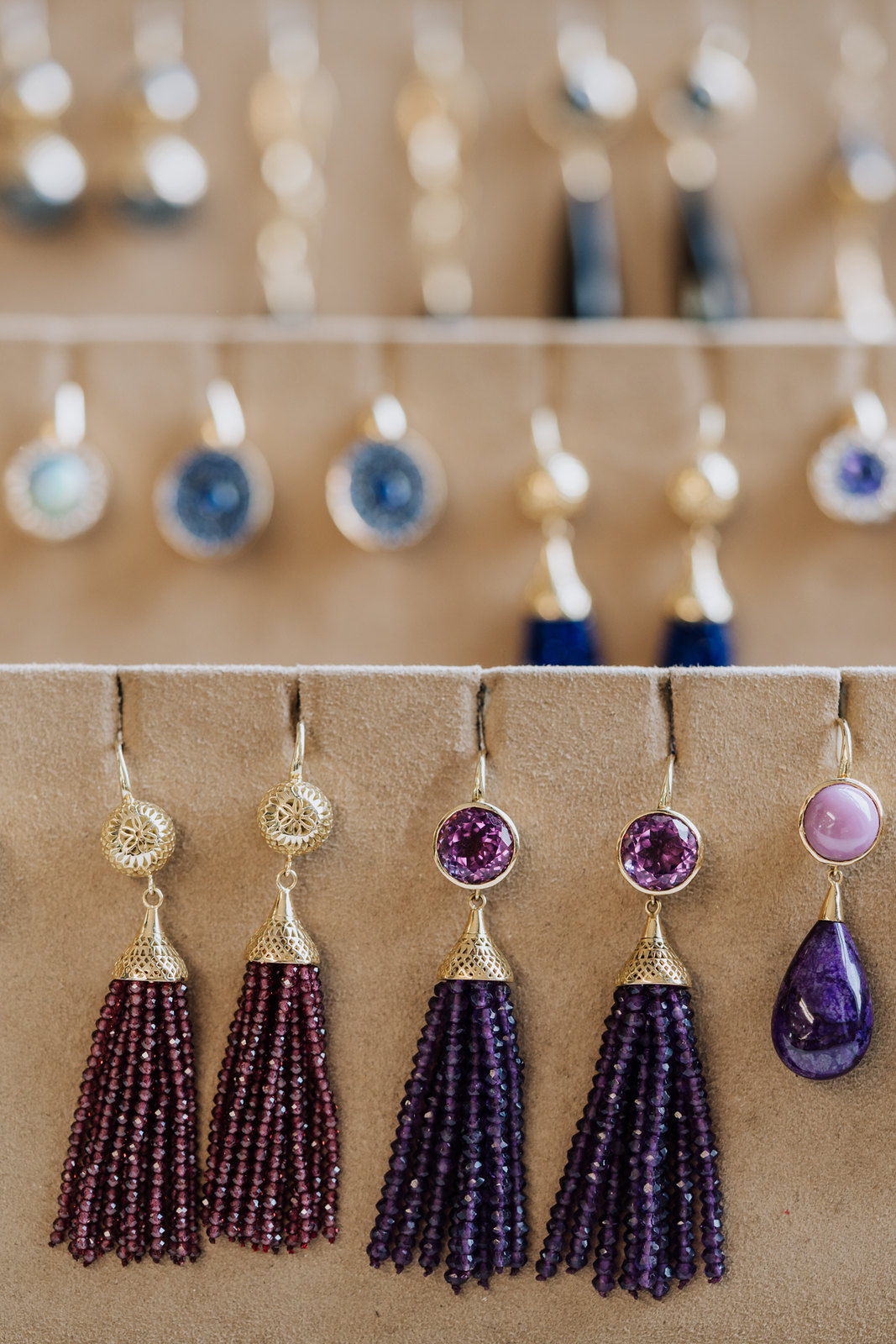 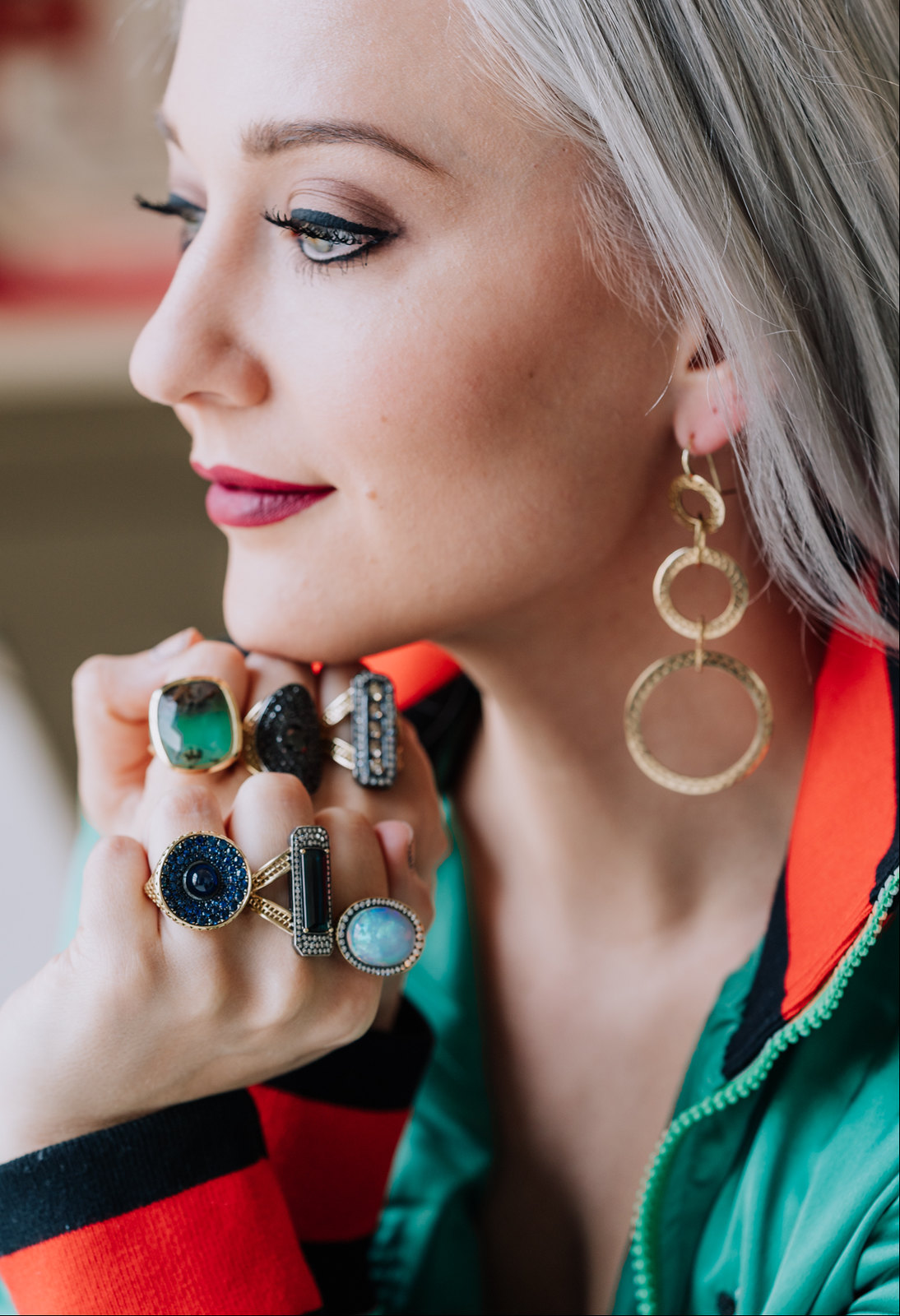 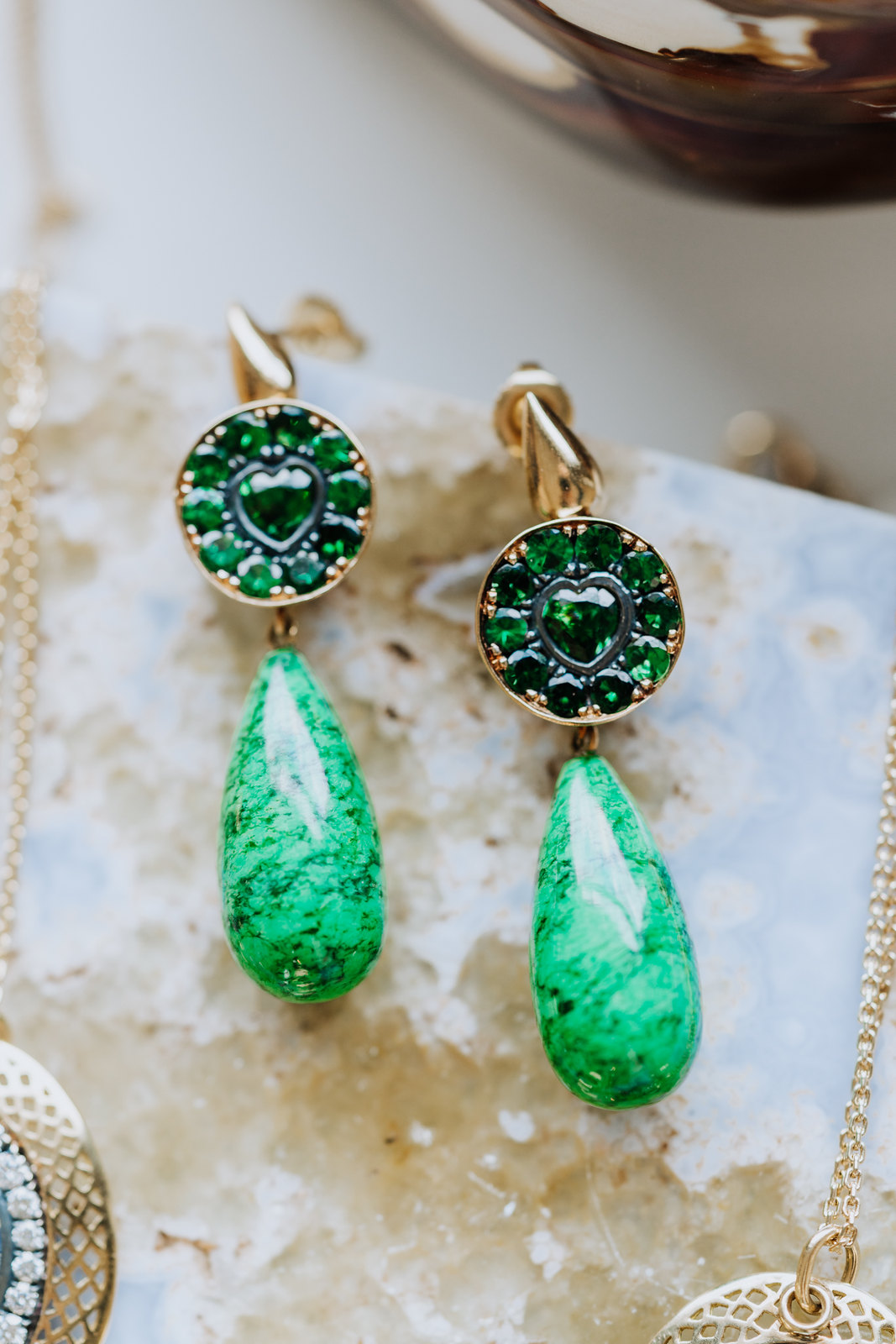 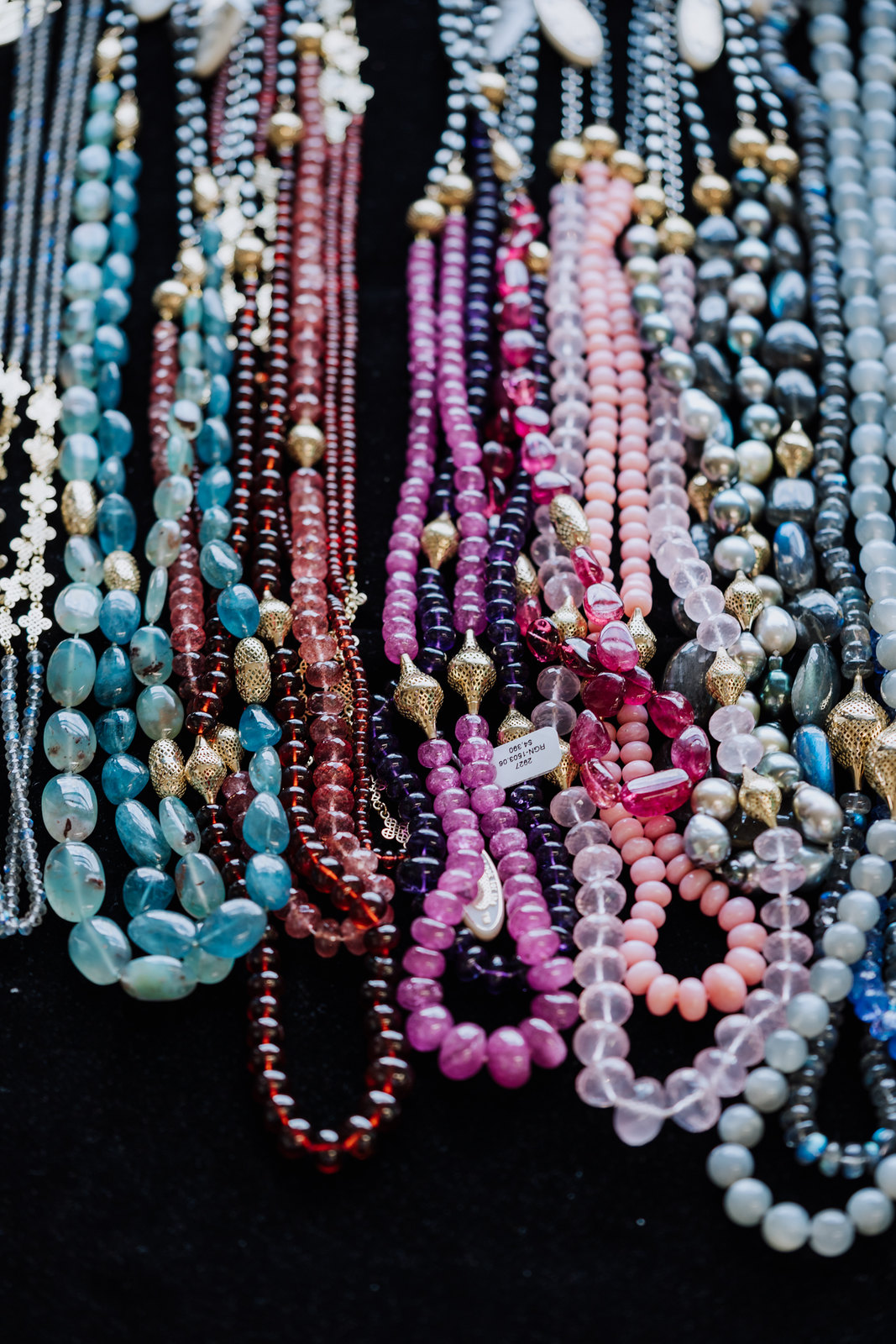 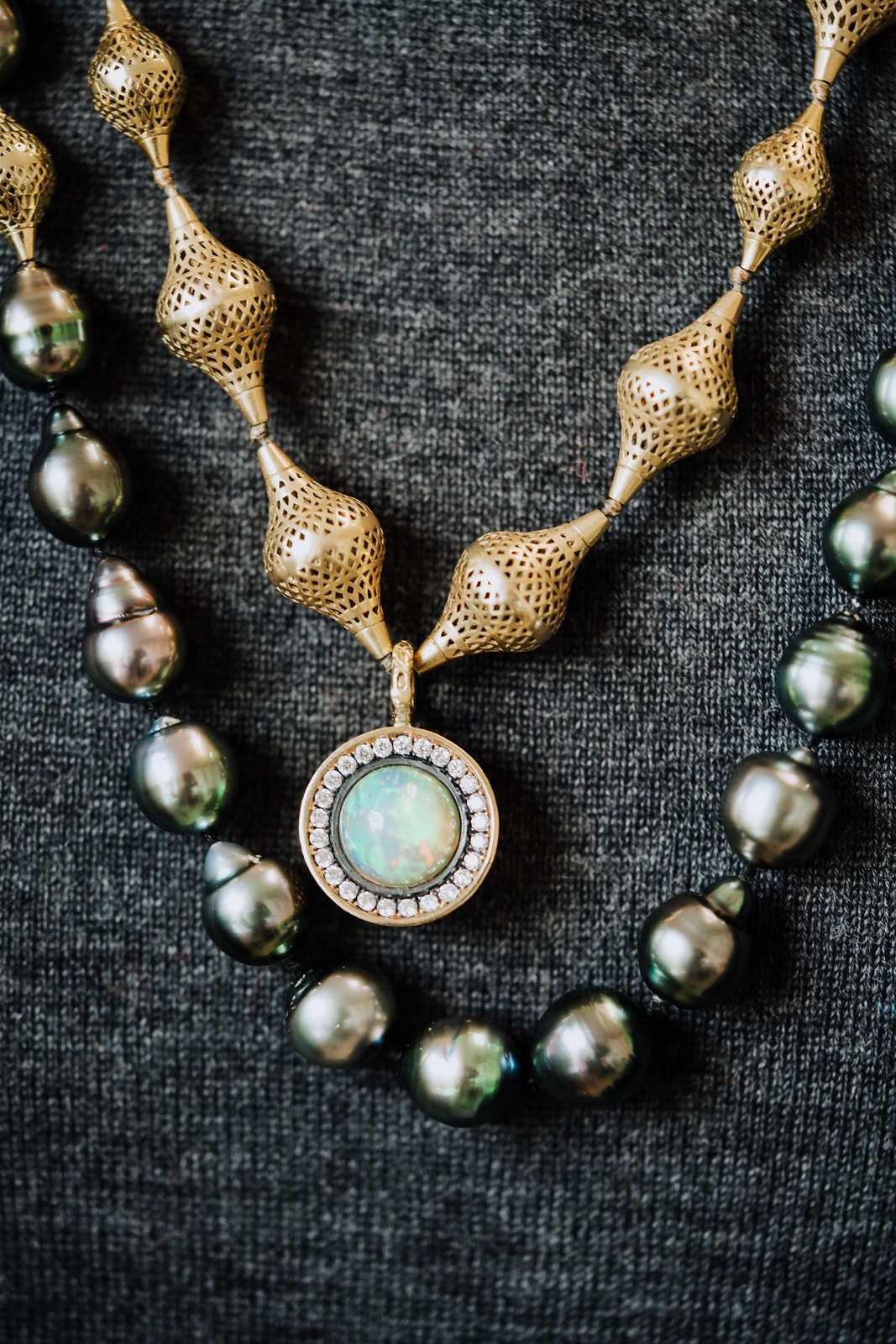 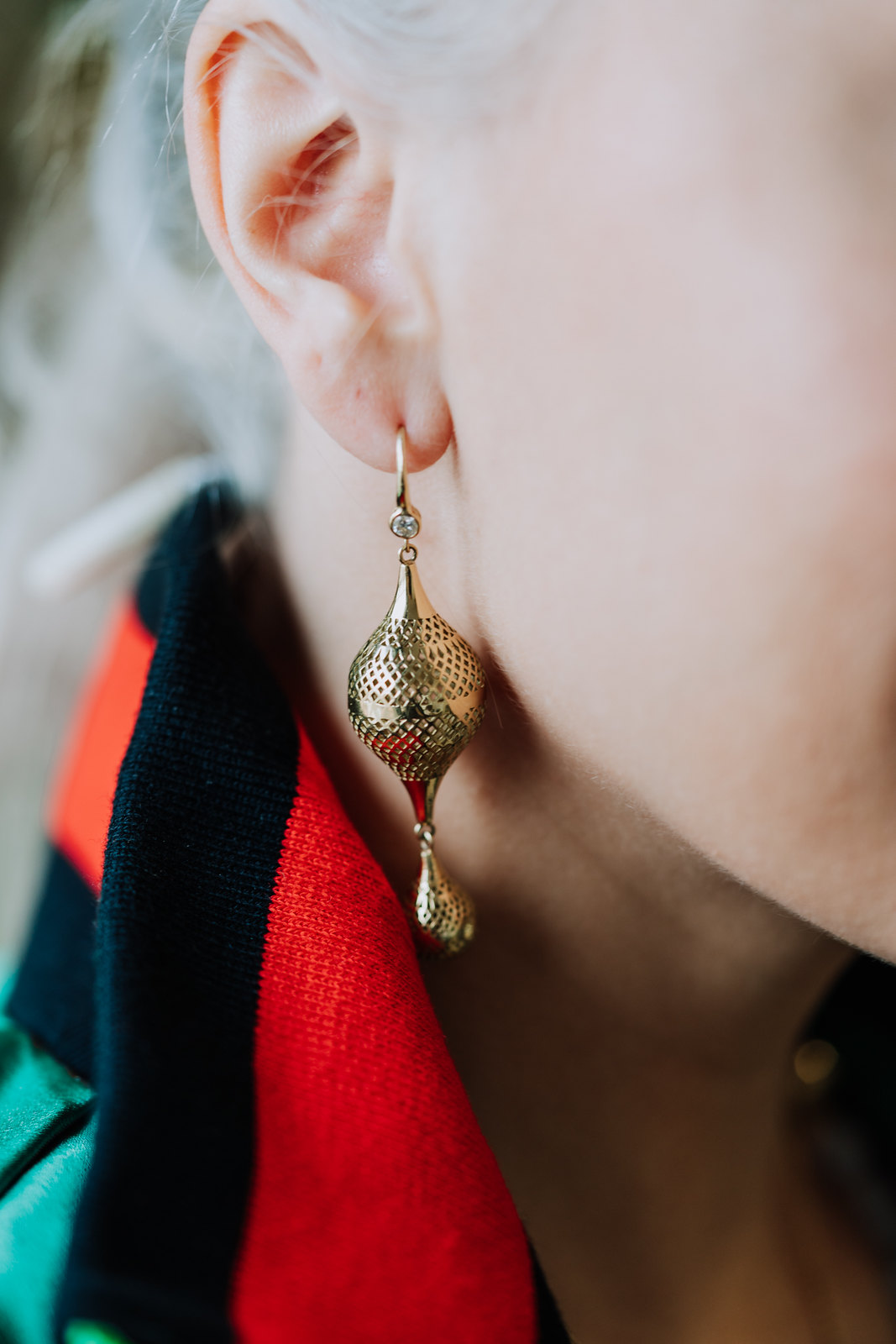 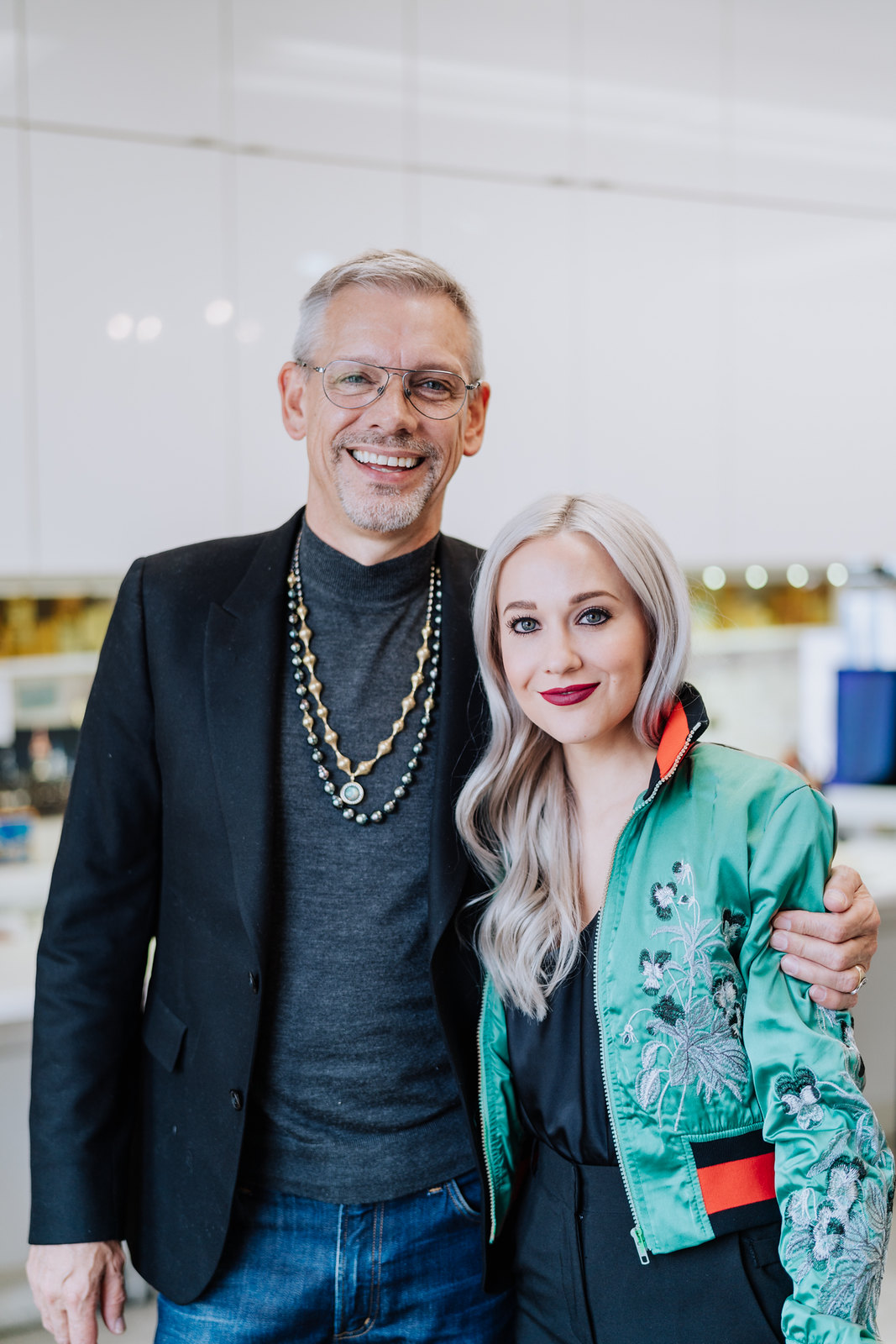 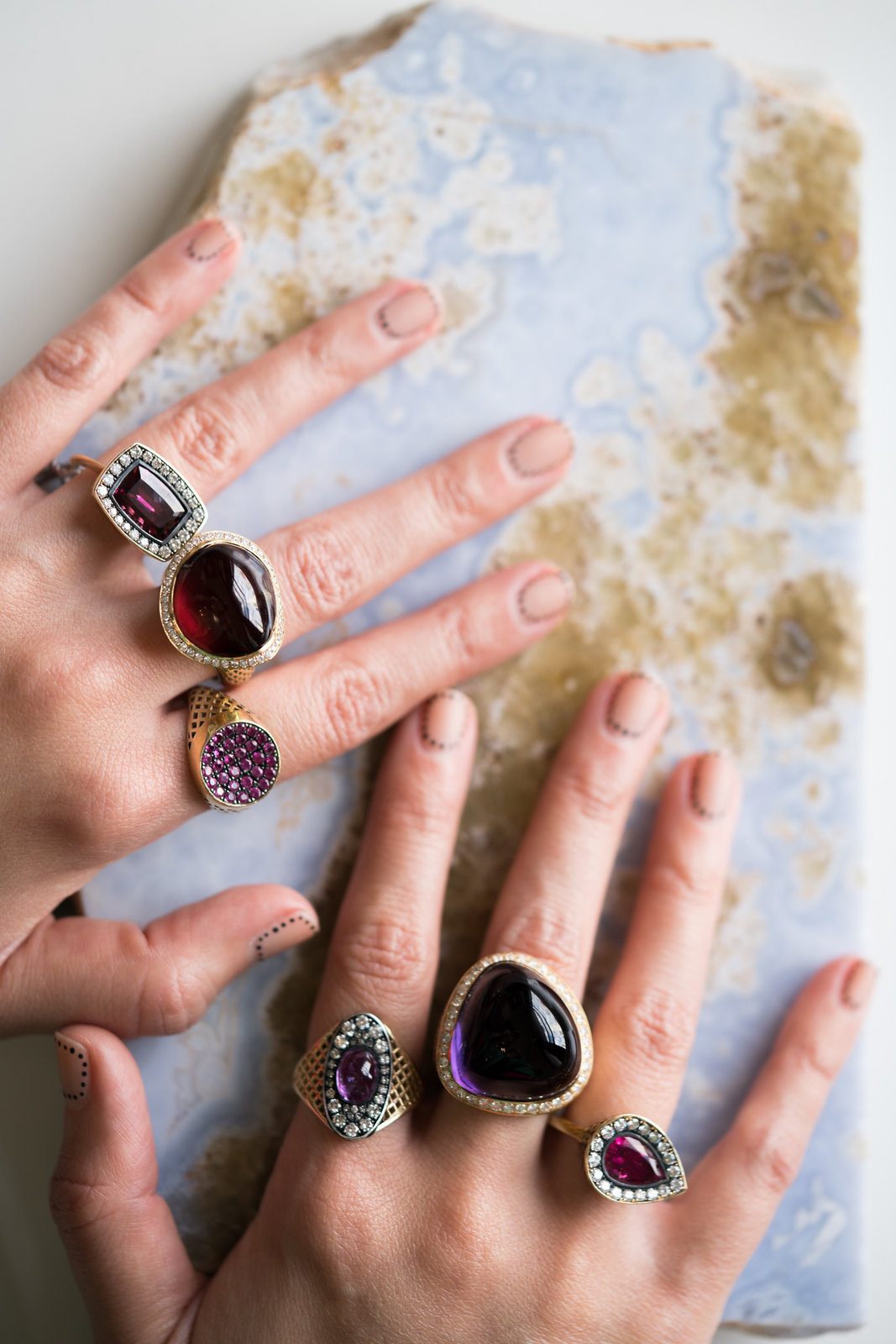 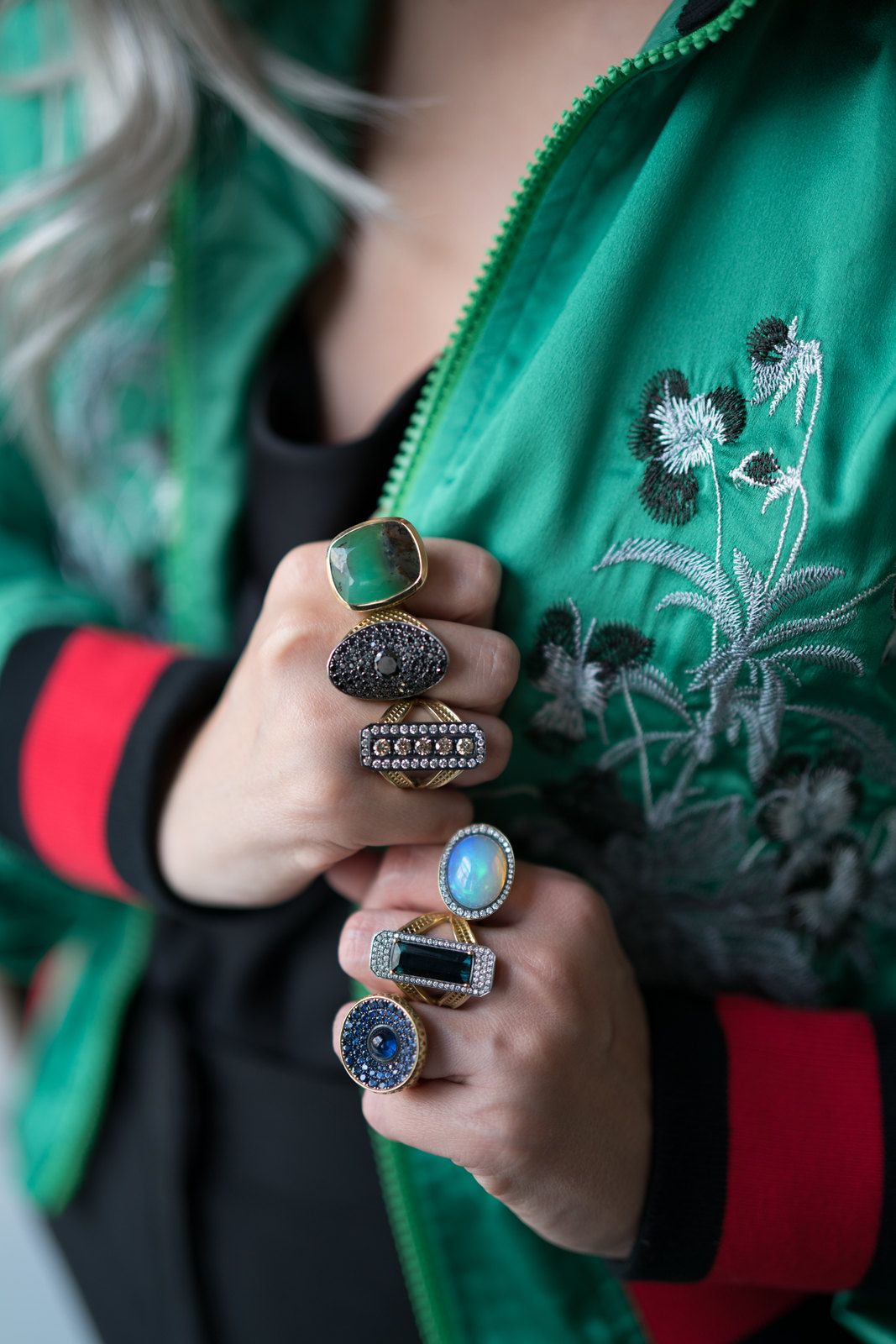 After years of wanting to meet Ray Griffiths, I finally got my chance on this trip to New York City! I’ve heard many great stories about him and have seen collectors obsess over his work. In a world of jewelry designers, Ray is Mr. Congeniality and as genuine as they come. He has Australian roots and an innate longing to work with jewelry, as he began his career as an apprentice when he was just a young boy. With dreams of having his own atelier one day in the US, he eventually moved to NYC and built his career one jewel at a time. His studio sits on 5th Avenue, overlooking gorgeous views and a bird’s eye view of Midtown, stretching out to Central Park.

Before starting with the jewels, Ray showed me some of the pieces he is currently working on for clients. He especially loves working on commissioned projects, whether it is reworking old stones or making an engagement ring, and as busy as he is will always make time for special projects. From his masterful sketches to seeing the pieces close-up in person, you can feel the detail and craftsmanship. His work has an old school feel to it thanks to his years of working with antique jewelry and restoring vintage pieces no other jewelers dared to touch.

Elements most might not notice, but someone who works with jewelry will instantly pick up on, are a huge part of his design — like his trademarked Crownwork which he created in order to give his pieces a big look but still be lightweight. Crownwork involves a grid-like pattern, which you’ll notice from the photos above and was inspired by all his work with antique pieces throughout his career. Other examples, like his diamond halos, at first glance you may think it is an ordinary ring of diamonds surrounding a larger stone, but his halos are concave and often graduate in size with the diamonds. These elements are unique to Ray Griffiths and make up his aesthetic.

Once we got to dig into the jewels, I was blown away by his work and especially loved his beads. Ray has bead necklaces made of gemstones I didn’t know could even come in bead-form. For example, pink peruvian opal, sunstone, larimar, fire opal, moss aquamarine, chalcedony, amethyst, black spinel and tiny, tiny turquoise beads. He always adds a unique gold element to his beads, which ties back into his collection. Ray makes them highly versatile, so you can change up necklace lengths with ease and mix and layer at your leisure. I was impressed by how much just one bead necklace can transform an outfit.

I love his rings because his designs aren’t for the faint of heart. Bold and structural, geometric and regal are just some of the words I would use to describe them. If I had to pick a favorite, it would be an equal tie between the Edwardian and the Regency rings. Ray makes both of these styles in numerous gemstone combinations, making it even harder to have a favorite. In my opinion, he is the king of the earring! His earring displays were never-ending and each one more bold and colorful than the last. I had fallen head over heels for his Burmese jade drop earrings with tsavorite garnet hearts. I have a photo of them above, along with some other favorites!

Thanks so much for having me at your studio, Ray Griffiths Jewelry! I appreciate you taking the time before you jetted off to a trunk show later that day. Check out Ray’s full schedule, he is very busy especially this time of year and may be headed to a jewelry store near you!

This sponsored post was brought to you in collaboration with Ray Griffiths Jewelry.